3 Introduction to Macroeconomics
Microeconomists generally conclude that markets work well. Macroeconomists, however, observe that some important prices often seem “sticky.” Sticky prices are prices that do not always adjust rapidly to maintain the equality between quantity supplied and quantity demanded.

5 The Roots of Macroeconomics
The Great Depression was a period of severe economic contraction and high unemployment that began in 1929 and continued throughout the 1930s.

6 The Roots of Macroeconomics
Classical economists applied microeconomic models, or “market clearing” models, to economy-wide problems. However, simple classical models failed to explain the prolonged existence of high unemployment during the Great Depression. This provided the impetus for the development of macroeconomics.

7 The Roots of Macroeconomics
In 1936, John Maynard Keynes published The General Theory of Employment, Interest, and Money. Keynes believed governments could intervene in the economy and affect the level of output and employment. During periods of low private demand, the government can stimulate aggregate demand to lift the economy out of recession.

8 Recent Macroeconomic History
Fine-tuning was the phrase used by Walter Heller to refer to the government’s role in regulating inflation and unemployment. The use of Keynesian policy to fine-tune the economy in the 1960s, led to disillusionment in the 1970s and early 1980s.

12 Output Growth: Short Run and Long Run
The business cycle is the cycle of short-term ups and downs in the economy. The main measure of how an economy is doing is aggregate output: Aggregate output is the total quantity of goods and services produced in an economy in a given period.

13 Output Growth: Short Run and Long Run
A recession is a period during which aggregate output declines. Two consecutive quarters of decrease in output signal a recession. A prolonged and deep recession becomes a depression. Policy makers attempt not only to smooth fluctuations in output during a business cycle but also to increase the growth rate of output in the long-run.

15 Government in the Macroeconomy
There are three kinds of policy that the government has used to influence the macroeconomy: Fiscal policy Monetary policy Growth or supply-side policies

16 Government in the Macroeconomy
Fiscal policy refers to government policies concerning taxes and spending. Monetary policy consists of tools used by the Federal Reserve to control the quantity of money in the economy. Growth policies are government policies that focus on stimulating aggregate supply instead of aggregate demand.

17 The Components of the Macroeconomy
The circular flow diagram shows the income received and payments made by each sector of the economy.

18 The Components of the Macroeconomy
Everyone’s expenditure is someone else’s receipt. Every transaction must have two sides.

19 The Components of the Macroeconomy
Transfer payments are payments made by the government to people who do not supply goods, services, or labor in exchange for these payments.

22 The Three Market Arenas
In the money market—sometimes called the financial market—households purchase stocks and bonds from firms. Households supply funds to this market in the expectation of earning income, and also demand (borrow) funds from this market. Firms, government, and the rest of the world also engage in borrowing and lending, coordinated by financial institutions.

25 The Methodology of Macroeconomics
Connections to microeconomics: Macroeconomic behavior is the sum of all the microeconomic decisions made by individual households and firms. We cannot understand the former without some knowledge of the factors that influence the latter. 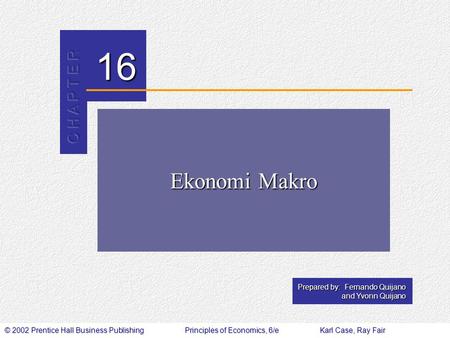 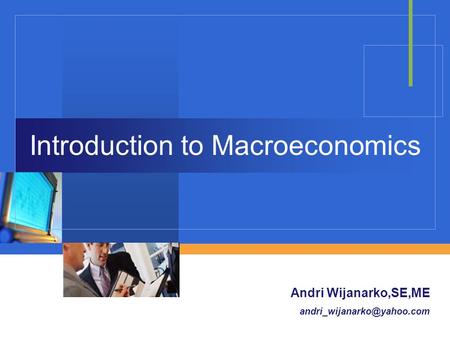 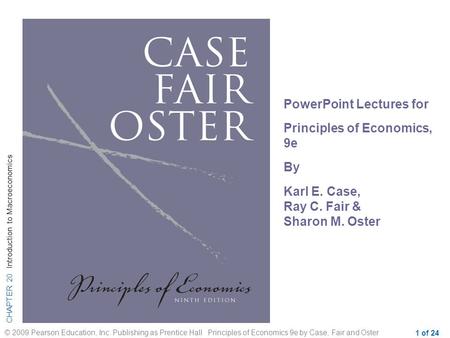 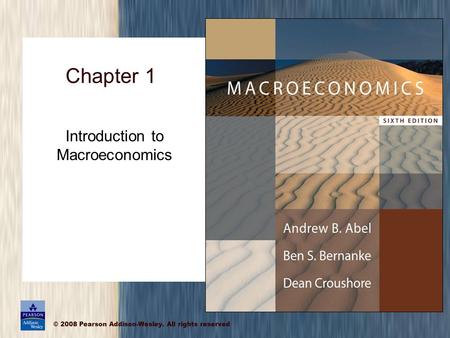 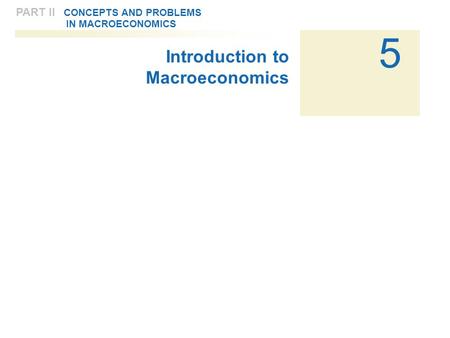 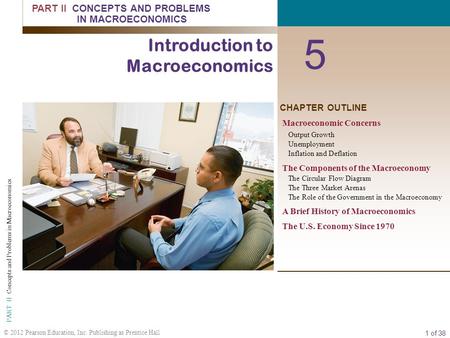 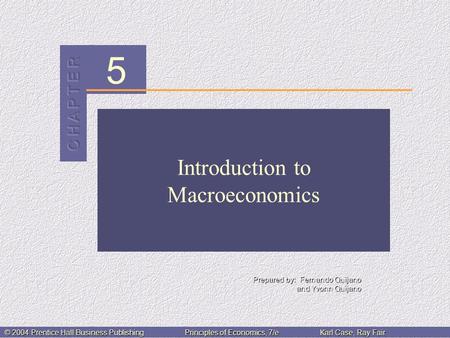 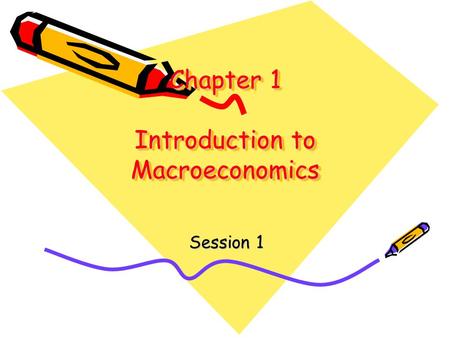 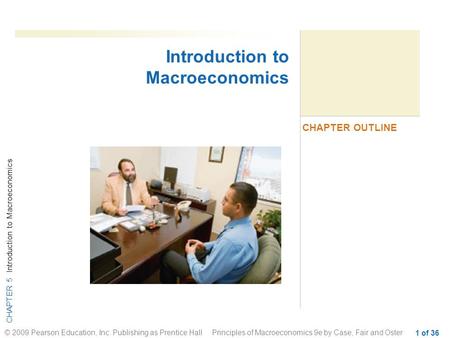 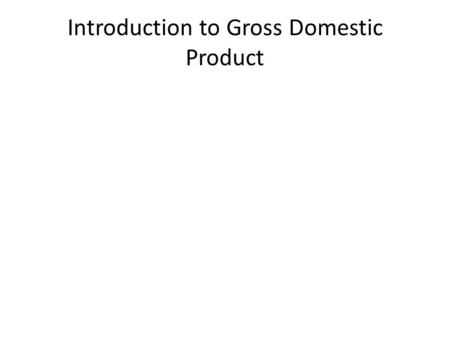 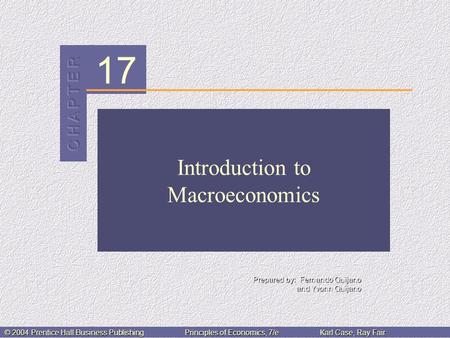 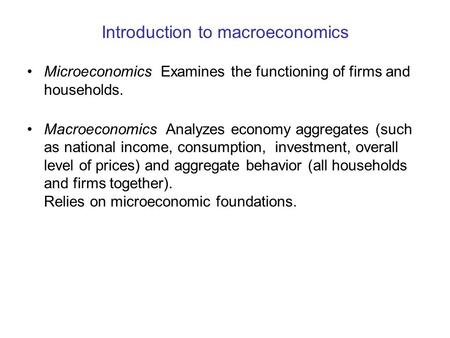 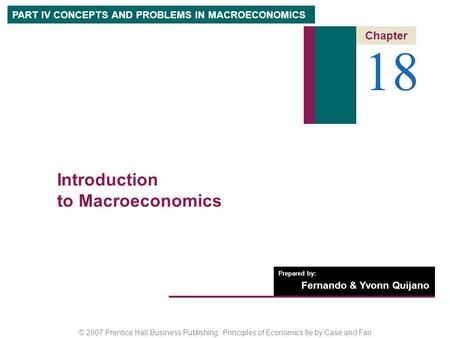 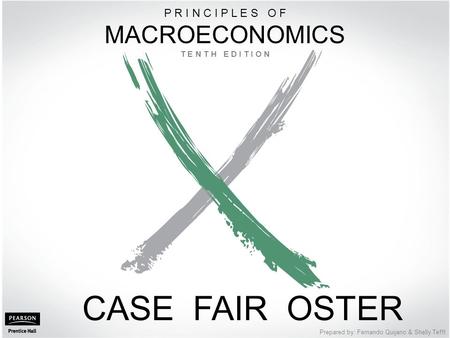