1 The Body’s Defense System
How does the body identify and destroy pathogens?

2 What is a pathogen? a microorganism such as a virus, bacterium, prion, or fungus, that causes disease in a plant or animal

5 Virus Has two components Protein covering
Nucleic acid (either RNA OR DNA, rarely both) inside Infect and “take over” the cell’s replication machinery Colds, Influenza, HIV

14 Match these to the conditions (next page)

16 Fever Increase body metabolism , speeding up the repair process (only up to 104 F) Slow down the reproduction of some bacteria and viruses . Makes YOU slow down and “rest”

17 How does fever help? (1) Fever slow down some bacteria and viruses.
(2) Fever increase metabolism (enzymes work faster up to 104 F) (3) fever makes a patient feel ill, condition which makes the patient more likely to rest.

19 How does the body know to “stop” the inflammatory response
Programmed cell death (apoptosis) Based on lack of presence of pathogen (foreign antigens) Signal sent to “self destruct”.

20 What if the bacteria is too strong?

29 Memory Cells The next time that an individual encounters that same antigen, the immune system is ready to destroy it quickly.

31 Ways to obtain immunity
Short –term immunity Some vaccines or fluids containing antibodies Infants have antibodies from mother Due to blood exchange during pregnancy Due to mother nursing child Long-term immunity Stimulated by infection Can be obtained through vaccines made from infectious agents that are not infectious, but do cause antibodies to form

32 Short term vs. Long term Immunity
Body has been exposed to infective agent Disease or vaccine Short term immunity Individual given antibodies (but the body has not learned how to make more)

33 Vaccines vs Antibiotics vs. Antivirals
Create a table with three columns and four rows In the first column Vaccine Antibiotic Antiviral

34 Vaccines, Antibiotics, Antivirals
Column 1 – When are they used (before or during or after infection?) Column 2 – What are they effective against? Column 3 - Do they treat, prevent, or cure? Column 4 Do you have other questions or comments to add? 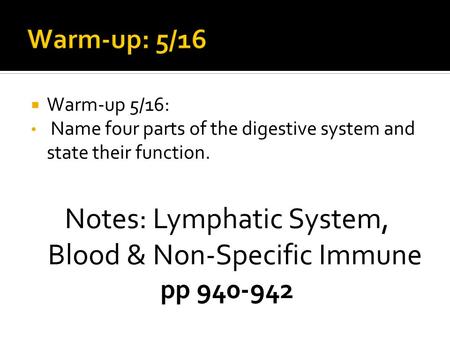 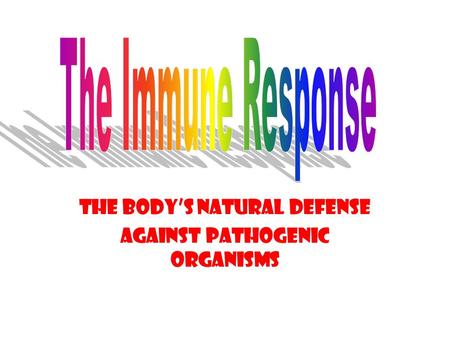 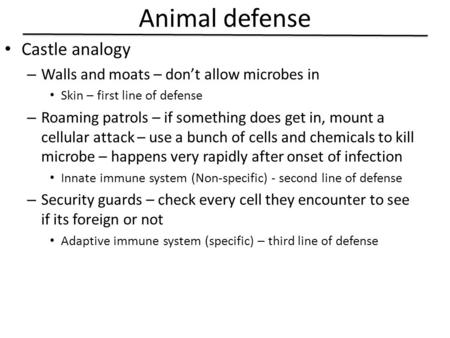