2 It's a fact of business–if a company has employees, it has to account for payroll and fringe benefits.

3 In this explanation of payroll accounting we'll introduce payroll, fringe benefits, and the payroll- related accounts that a typical company will report on its income statement and balance sheet. Payroll and benefits include items such as:income statementbalance sheet salaries wages bonuses & commissions to employees overtime pay payroll taxes and costs

5 Many of these items are subject to state and federal laws; some involve labor contracts or company policies.

6 Salaries are usually associated with "white- collar" workers such as office employees, managers, professionals, and executives. Salaried employees are often paid semi- monthly (e.g., on the 15th and last day of the month) or bi-weekly (e.g., every other Friday) and their salaries are often stated as a gross annual amount, such as "$48,000 per year." The "gross" amount refers to the pay an employee would receive before withholdings are made for such things as taxes, contributions to United Way, and savings plans.

7 Since salaried employees earn a specified annual amount, it is likely that their gross pay for each pay period is the same recurring amount. For example, if a manager's salary is $48,000 per year and salaries are paid semi- monthly, the manager's gross pay will be $2,000 for each of the 24 pay periods.

8 (If the manager is paid bi-weekly, the gross pay would be $1,846.15 for each of the 26 pay periods.) A salaried employee's work period usually ends on payday; for example, a paycheck on January 31 usually covers the work period of January 16–31. This is convenient for accounting purposes if the company prepares financial statements on a calendar month basis.

9 Wages are often associated with production employees (sometimes referred to as "blue- collar" workers), non-managers, and other employees whose pay is dependent on hours worked. The pay for these employees is generally stated as a gross, hourly rate, such as "$13.52 per hour." Again, the "gross" amount refers to the pay an employee would receive before withholdings are made for such things as taxes, contributions, and savings plans.

10 Employees receiving wages are often paid weekly or biweekly. To determine the gross wages earned during a work period, the employer multiplies each employee's hourly rate times the number of work hours recorded for the employee during the work period. Due to the extra time needed to make calculations for each employee, hourly-paid employees typically receive their paychecks approximately five days after the work period has ended.

11 Overtime Pay Overtime refers to time worked in excess of 40 hours per week (36 h ). Whether or not employees are paid for overtime depends on each employee's job responsibilities and rate of pay—some employees are exempt from overtime pay and some are not.

12 For example, executives are considered to be "exempt"; their employers are not required to pay them for their overtime hours because (1) their compensation is high, and (2) they can control their work hours. Executives do not need state or federal wage and hour laws to protect them from company abuse.

14 The income tax system—as well as most state income tax systems—requires employers to withhold payroll taxes from their employees' gross salaries and wages. The withholding of taxes and other deductions from employees' paychecks affects the employer in several ways: (1) it reduces the cash amount paid to employees, (2) it creates a current liability for the employer, and (3) it requires the employer to remit the withheld taxes to the federal and state government by specific deadlines. Failure to remit payroll taxes in a timely manner results in interest and penalties levied on the employer; flagrant violations trigger more severe consequences.

17 In other words, the employer is responsible for remitting to the federal government two times the amount of Social Security tax withheld from each employee.

21 (The remaining $193,200 of salary is not subject to Social Security tax withholdings, although it will be subject to the Medicare tax discussed in the next section.)

24 (The Medicare program helps pay for hospital care, nursing care, and doctor's fees for people age 65 and older as well as for some individuals receiving Social Security disability benefits.)

25 The combination of the Social Security tax and the Medicare tax is referred to as FICA (an acronym for Federal Insurance Contribution Act).FICA An employer must withhold 1.45% of each employee's annual wages and salary for Medicare tax. Unlike the Social Security tax, this percentage is applied on every employee's total salary no matter how large the salary might be— an executive's salary of $300,000 has Medicare tax withholdings of $4,350 (the entire $300,000 times 1.45%).

26 The amount withheld—and the employer's matching amount—are reported as a current liability until the amounts are remitted to the government by the employer.

28 Like its federal counterpart, the amount withheld is rarely the exact amount of income tax that the employee will owe to the state government. (It should be noted here that some states do not levy a personal income tax.) 15 % (17 %) - in Ukraina 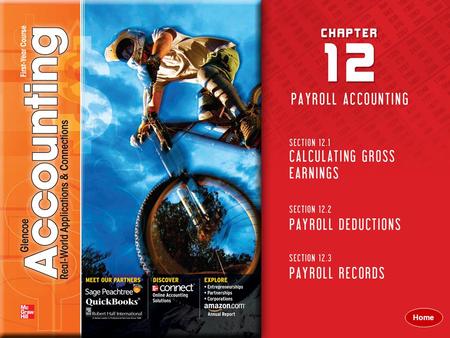 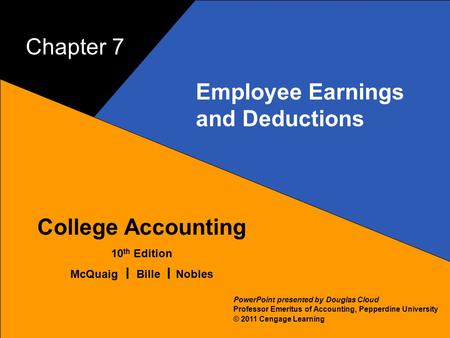 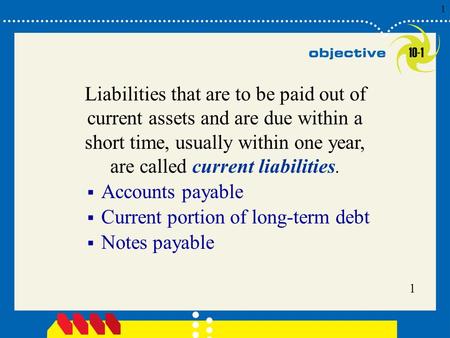 Click to edit Master title style Liabilities that are to be paid out of current assets and are due within a short time, usually within one year, 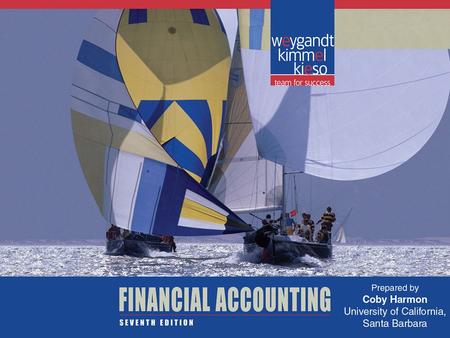 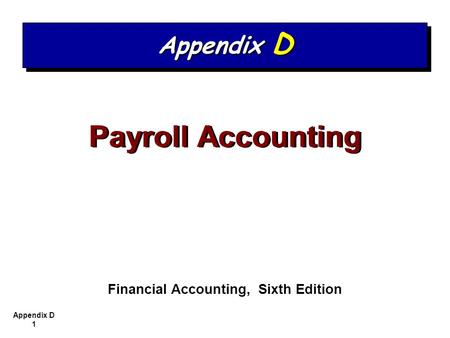 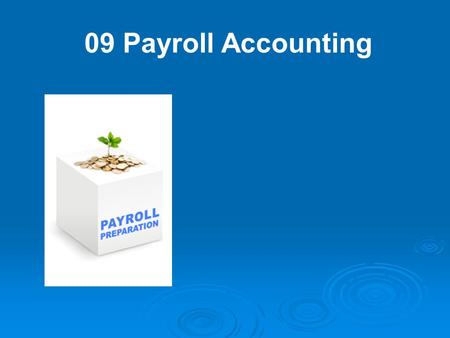 09 Payroll Accounting. It's a fact of business–if a company has employees, it has to account for payroll and fringe benefits. 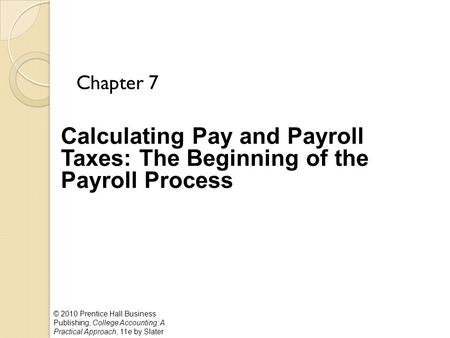 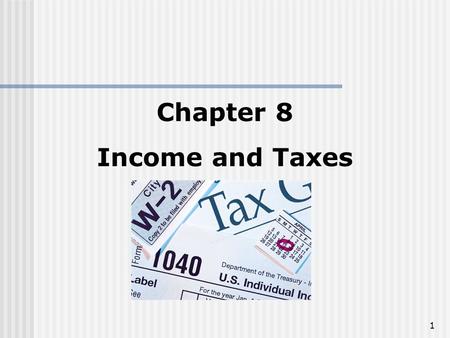 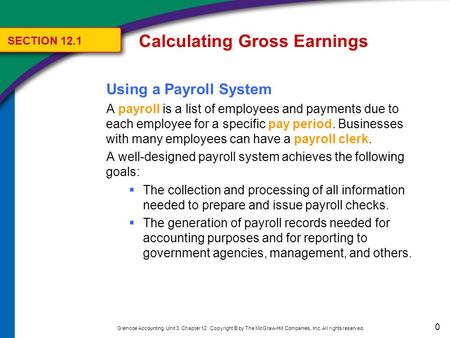 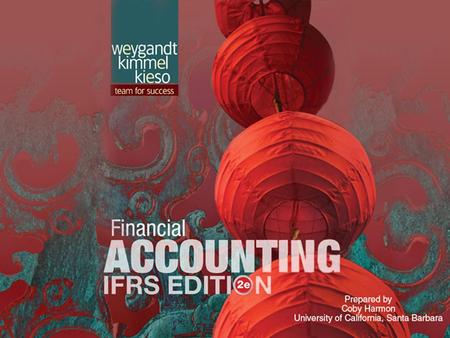 Slide F 1. Slide F 2 Appendix F Payroll Accounting Learning Objectives After studying this chapter, you should be able to: 1.Compute and record the payroll. 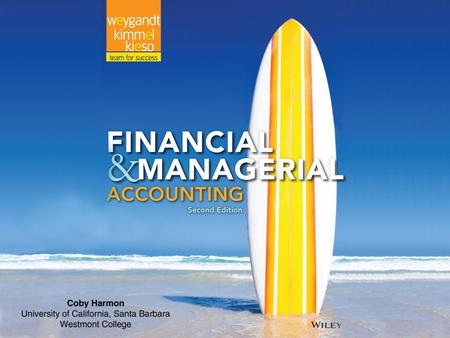 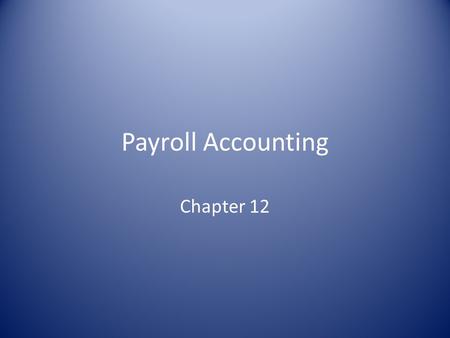 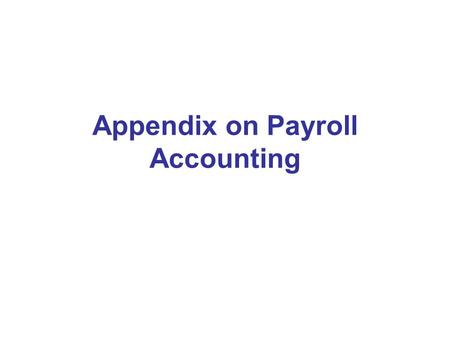 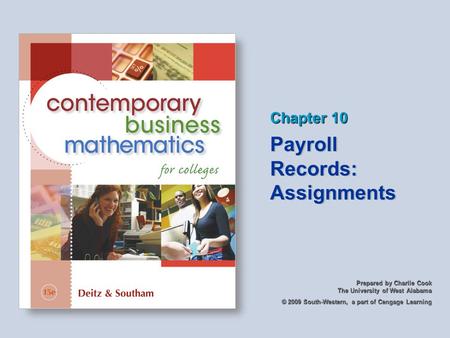 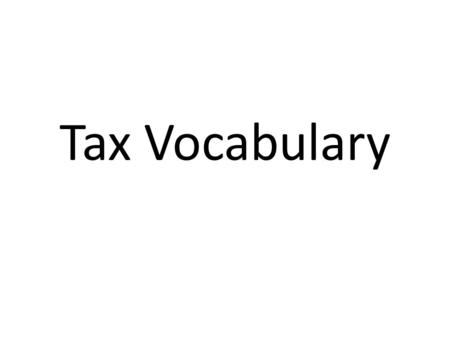 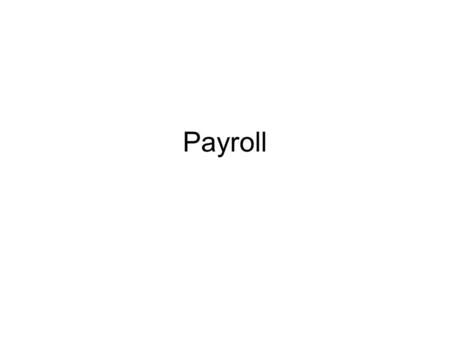 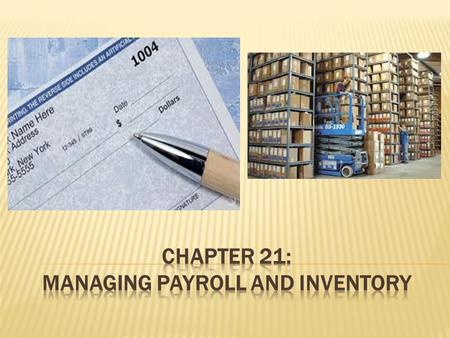 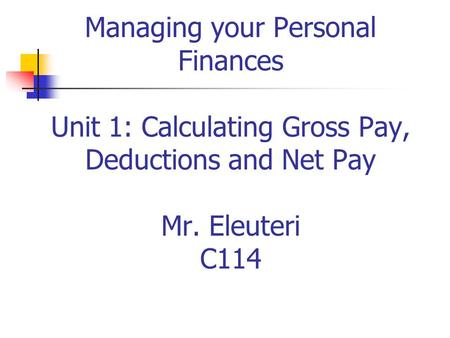 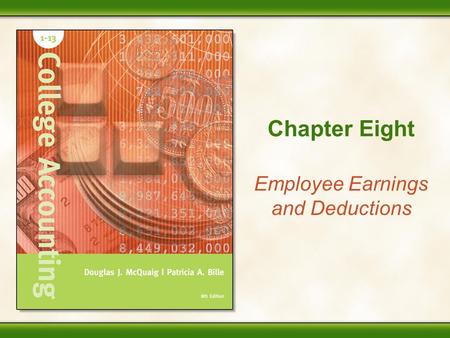 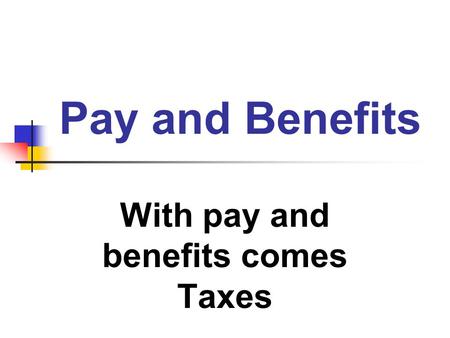