2 Annotation, noun, 1. A brief summary of the facts and decision in a case, especially one involving statutory interpretation. 2. A note that explains or criticizes a source of law, usually a case. 3. A volume containing such explanatory or critical notes. -- Blacks Law Dictionary, 8 th ed.

5 Public Laws Acts passed by Congress are given titles are published as a single document and are assigned sequential numbers, beginning with the session of congress that issued the law

6 For example, Title : Uniting and Strengthening A merica by Providing Appropriate Tools Required to Intercept and Obstruct Terrorism (USA PATRIOT ACT*) ACT* OF 2001 Public Law No. 107-56 *The repetition is not a typographical error

7 California Statutes First published as Chapter Laws Include the Legislative Counsel’s Digest, a summary of the law the text of new legislation Published throughout the legislative session Posted at: http://www.leginfo.ca.gov/statute.html

9 United States Statutes at Large Chronological compilation and publication of the laws passed by each two-year session of Congress Issued in bound volumes Cited by volume and page number For example, the Statutes at Large citation for the USA PATRIOT Act is: 115 STAT. 272

11 Revised Statutes of the United States First published in 1873 Repealed all the original Statutes at Large The first edition is the authoritative text for most laws enacted prior to 1873. 2 nd edition published in 1878

12 48 YEARS LATER…. The first edition of the United States Code was published in 1926. Laws are arranged by subject into 50 titles. Citations are to title and section. The USA PATRIOT Act is codified, well, all over the place. 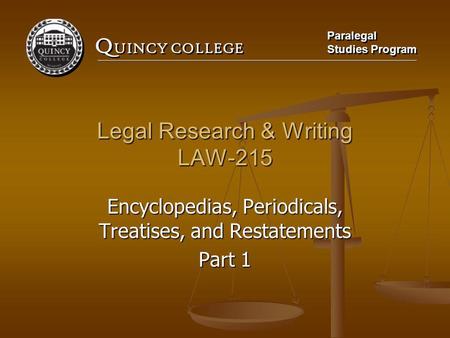 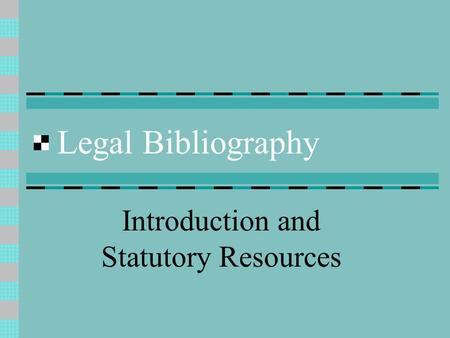 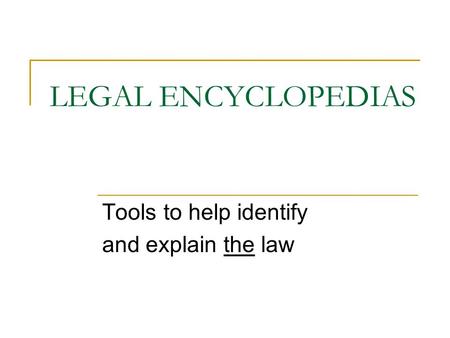 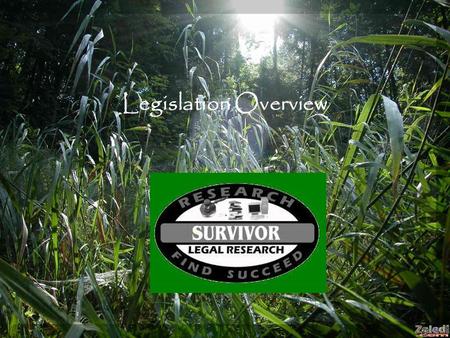 Legislation Overview. What is Legislation? the bodies of laws enacted in a particular jurisdiction Why is it important? governs activities by public and. 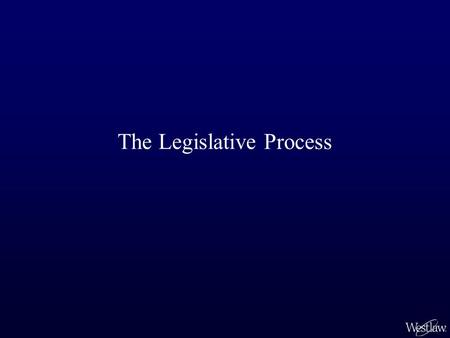 The Legislative Process. Introduction of a bill (proposed legislation) Passed by both houses of Congress Signed by president or president’s veto is overridden. 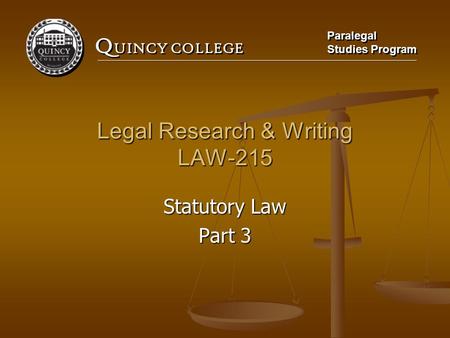 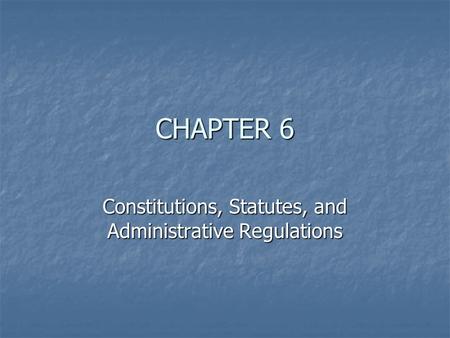 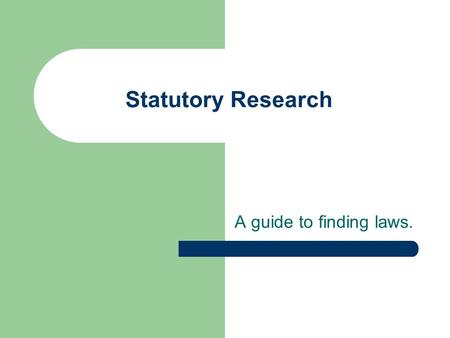 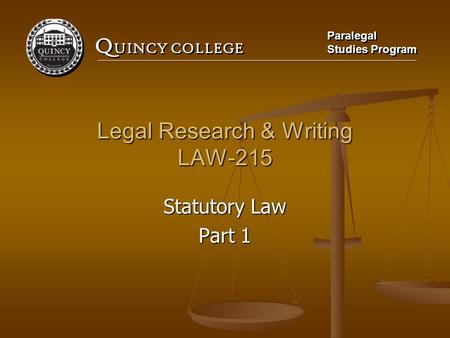 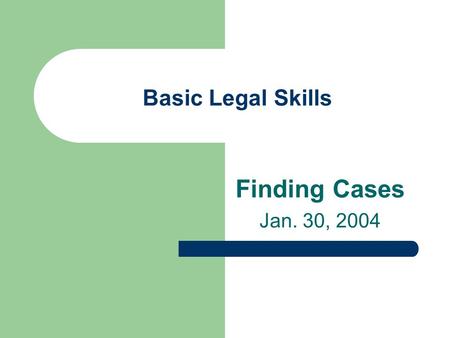 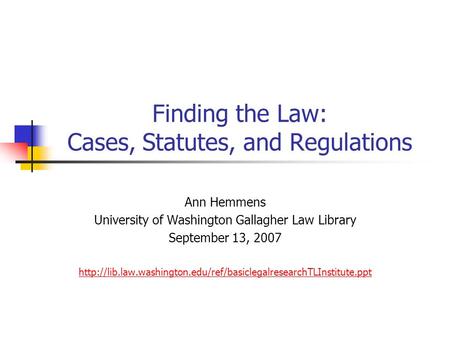 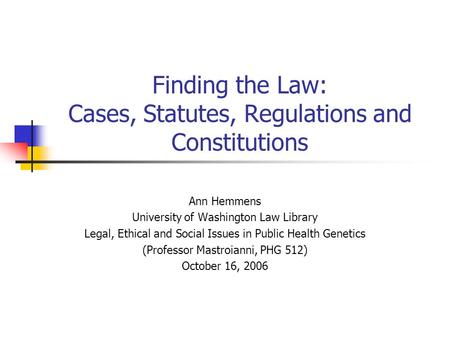 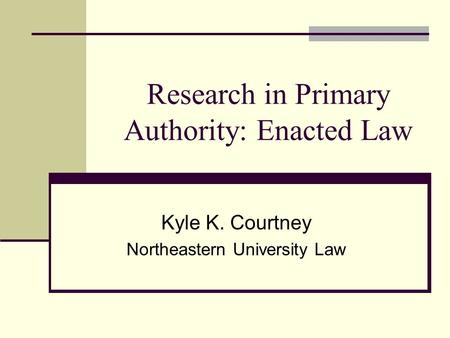 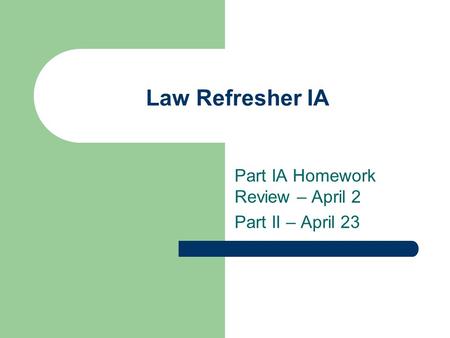 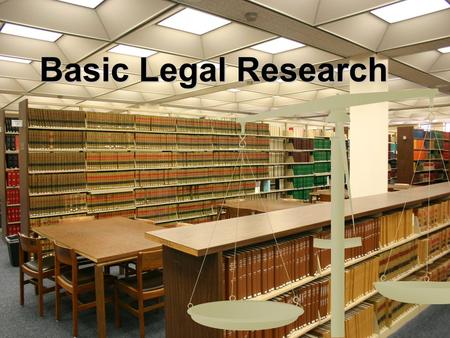 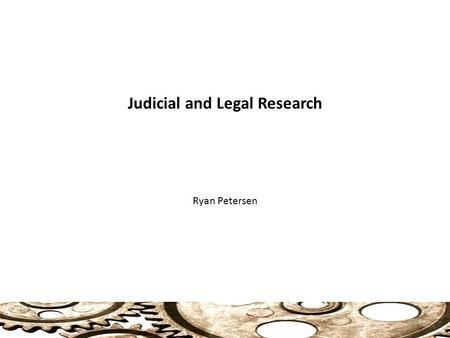 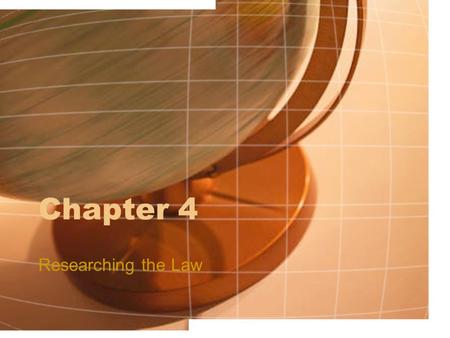 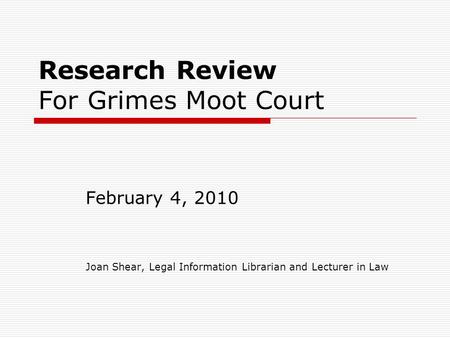 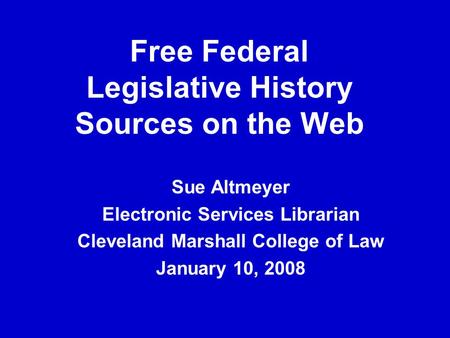 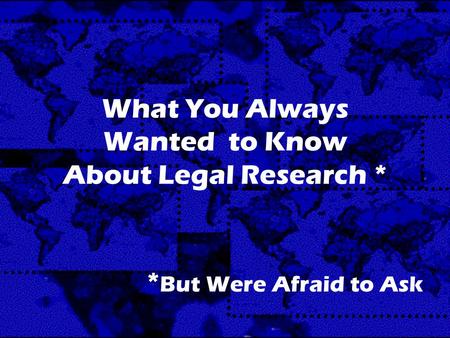 What You Always Wanted to Know About Legal Research * * But Were Afraid to Ask.