2 Steven KrauwerLREC20082 The problem Much data in digital archives language based Only known to insiders Archives mostly unconnected Every archive has its own standards for storage and access Normally only simple retrieval of files (text, audio or video documents) Social sciences and humanities researchers are not language or speech technologists They are often not aware of the potential benefits of using language and speech technology Available tools are hard to use for non- specialist

3 Steven KrauwerLREC20083 The CLARIN Mission What: Create a European infrastructure that makes language resources and technology (LRT), available to scholars of all disciplines, especially social sciences and humanities (SSH) How: Unite existing digital archives into a federation of archives with unified web access Provide language and speech technology tools as web services operating on language data in archives

6 Steven KrauwerLREC20086 Who we are and where we come from CLARIN is an EU Infrastructure project with 4.1 Meuro funding for a 3 year preparatory phase Additional funding expected from national governments (at this moment at least 5 Meuro) The CLARIN consortium has now 32 partners from 22 EU and associated countries (and more on the waiting list) The CLARIN community has 112 member organisations in 32 countries (mostly from NLP) CLARIN is based on 4 earlier initiatives with many participants: LangWeb, EARL, TELRI (and later) DAM-LR

8 Steven KrauwerLREC20088 Planning and design (1) The technical dimension: specifications, prototype, validation based on existing archives, resources and services strong focus on standards and interoperability The language dimension: all languages equally important surveys of what exists and what is missing standards, taxonomies, ontologies integration of tools validation for all participating languages

11 Steven KrauwerLREC200811 Planning and design (4) Agree on e.g.: Who is going to pay for the construction and exploitation of the infrastructure How will it be managed How will it be coordinated with national policies To be agreed upon by the funding agencies (not the researchers)

12 Steven KrauwerLREC200812 What CLARIN is NOT about building the infrastructure – we are just preparing it creating new resources – at this stage we want to use what is there and adapt it if necessary creating applications – except maybe some demonstrators focusing on the big languages – we find all languages equally important strengthening European industry – our target audience are SSH researchers, but we don’t want to exclude anyone

13 Steven KrauwerLREC200813 Concluding remarks The CLARIN infrastructure does not yet exist, we haven’t even started constructing it yet: we have just started planning the construction Why do we feel confident that we can succeed? Three key factors: –Moral and financial support from the EC –Moral support from (now 26) national governments (financial commitments expected) –Massive support from the European LRT community More info: www.clarin.eu & Newsletterwww.clarin.eu 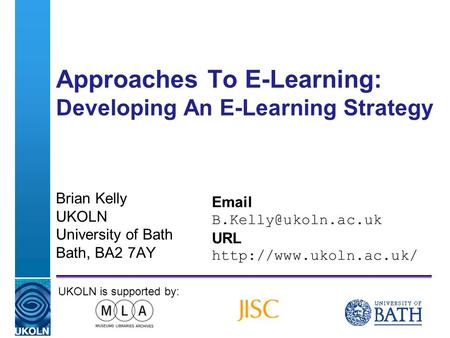 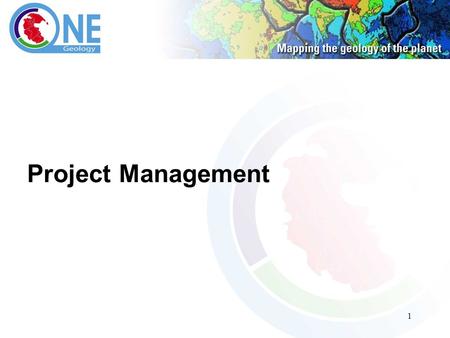 1 Project Management. 2 Mission and governance and scope Users and Usage Technical and funding assistance for some countries Support and involvement and. 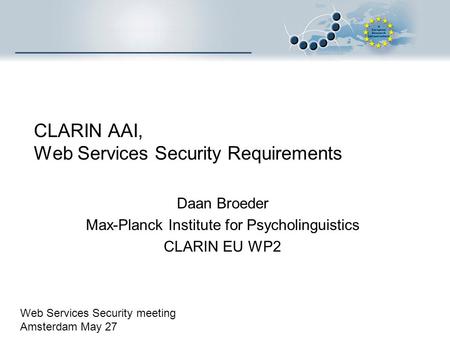 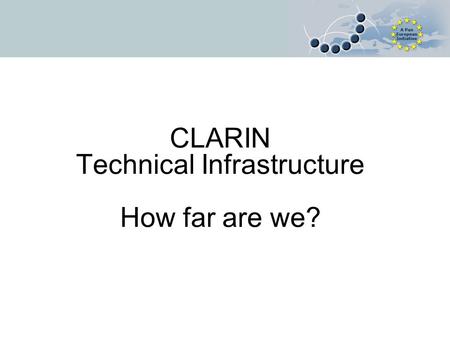 CLARIN Technical Infrastructure How far are we?. Short Overview CLARIN is one of the 44 accepted ESFRI Roadmap Initiatives official start: , Kick-off: 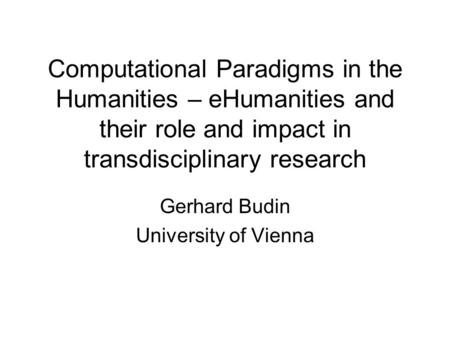 Computational Paradigms in the Humanities – eHumanities and their role and impact in transdisciplinary research Gerhard Budin University of Vienna. 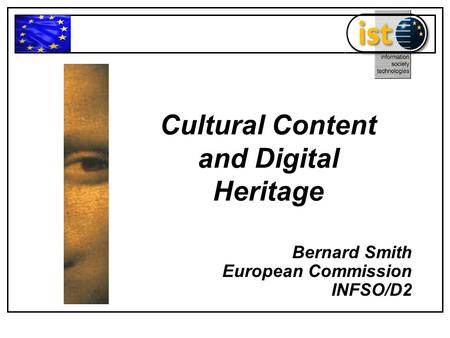 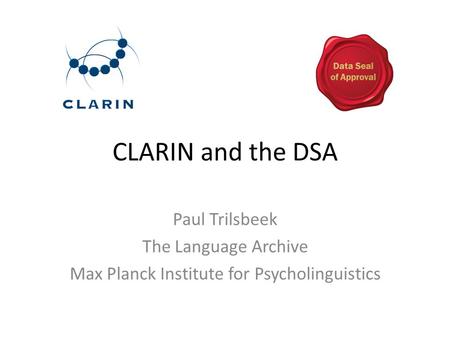 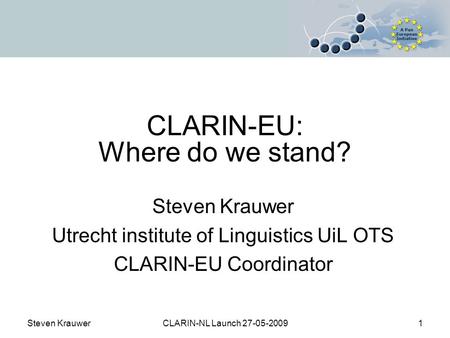 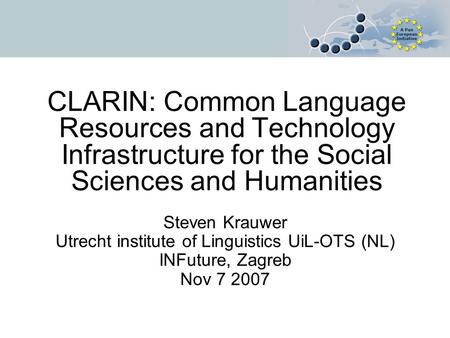 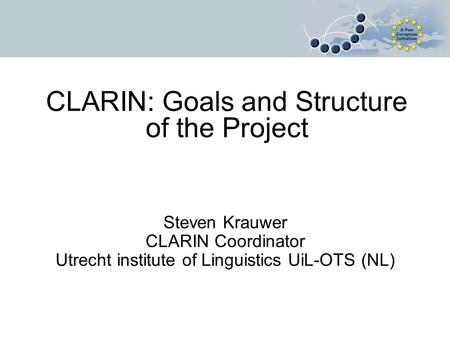 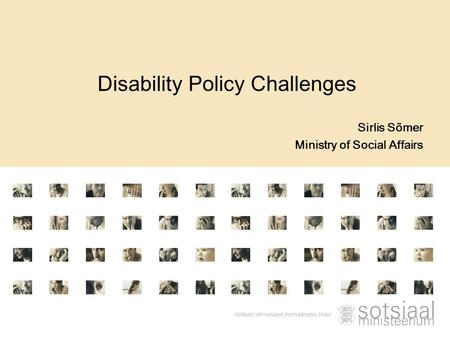 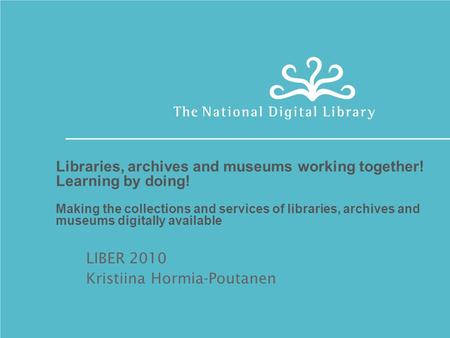 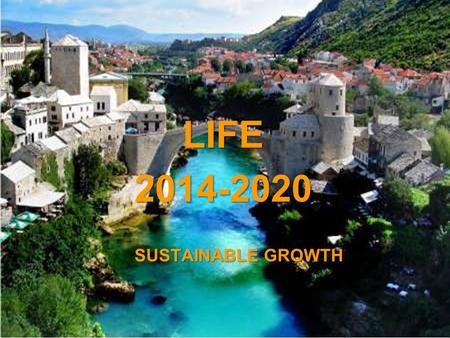 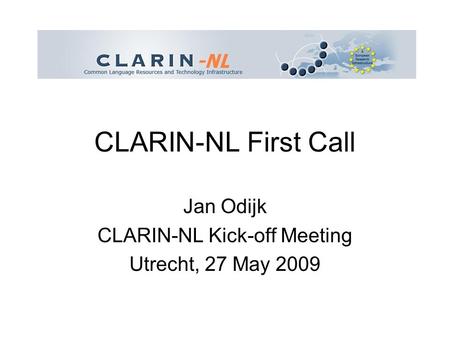 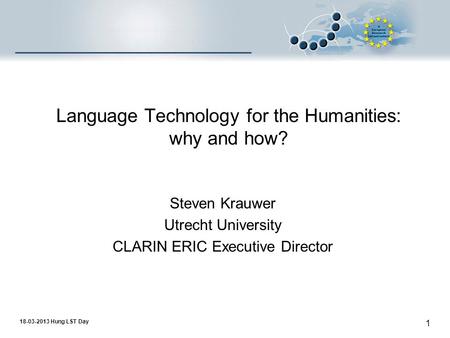 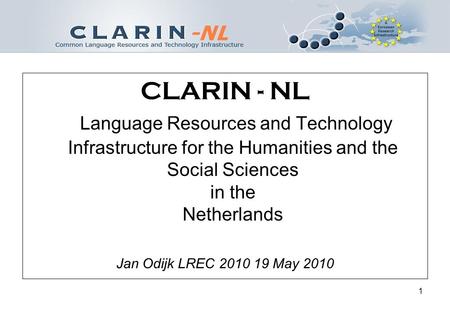 1 CLARIN - NL Language Resources and Technology Infrastructure for the Humanities and the Social Sciences in the Netherlands Jan Odijk LREC May. 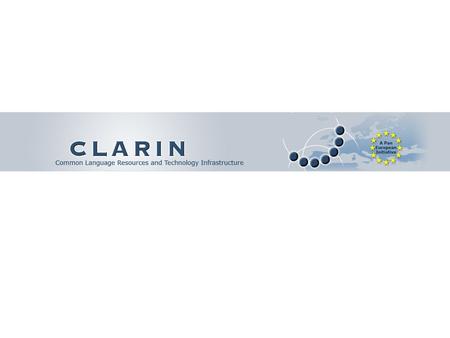 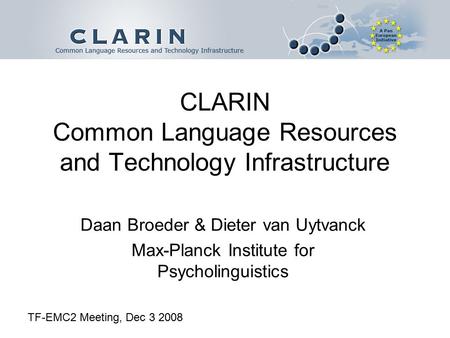 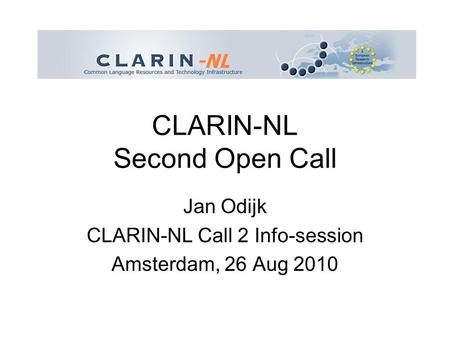 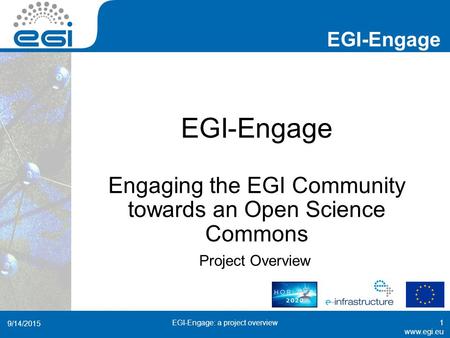