5 CORBA Common Facilities - Like Object Service interfaces, these interfaces are also horizontally- oriented, but unlike Object Services they are oriented towards end-user applications. –An example of such a facility is the Distributed Document Component Facility (DDCF), a compound document Common Facility based on OpenDoc. DDCF allows for the presentation and interchange of objects based on a document model, for example, facilitating the linking of a spreadsheet object into a report document.

6 CORBA Domain Interfaces - These interfaces fill roles similar to Object Services and Common Facilities but are oriented towards specific application domains. –For example, one of the first OMG RFPs issued for Domain Interfaces is for Product Data Management (PDM) Enablers for the manufacturing domain. Other OMG RFPs will soon be issued in the telecommunications, medical, and financial domains.

7 CORBA Application Interfaces - These are interfaces developed specifically for a given application. –Because they are application-specific, and because the OMG does not develop applications (only specifications), these interfaces are not standardized. –However, if over time it appears that certain broadly useful services emerge out of a particular application domain, they might become candidates for future OMG standardization.

9 CORBA Object - This is a CORBA programming entity that consists of an identity, an interface, and an implementation, which is known as a Servant. Servant - This is an implementation programming language entity that defines the operations that support a CORBA IDL interface. Servants can be written in a variety of languages, including C, C++, Java, Smalltalk, and Ada. Client - This is the program entity that invokes an operation on an object implementation. Accessing the services of a remote object should be transparent to the caller. Ideally, it should be as simple as calling a method on an object, i.e., obj->op(args). The remaining components in Figure 2 help to support this level of transparency.

10 CORBA Object Request Broker (ORB) - The ORB provides a mechanism for transparently communicating client requests to target object implementations. –The ORB simplifies distributed programming by decoupling the client from the details of the method invocations. This makes client requests appear to be local procedure calls. –When a client invokes an operation, the ORB is responsible for finding the object implementation, transparently activating it if necessary, delivering the request to the object, and returning any response to the caller.

11 CORBA ORB Interface - An ORB is a logical entity that may be implemented in various ways (such as one or more processes or a set of libraries). –To decouple applications from implementation details, the CORBA specification defines an abstract interface for an ORB. –This interface provides various helper functions such as converting object references to strings and vice versa, and creating argument lists for requests made through the dynamic invocation interface described below.

13 CORBA Dynamic Invocation Interface (DII) - This interface allows a client to directly access the underlying request mechanisms provided by an ORB. –Applications use the DII to dynamically issue requests to objects without requiring IDL interface- specific stubs to be linked in. –Unlike IDL stubs (which only allow RPC-style requests), the DII also allows clients to make non- blocking deferred synchronous (separate send and receive operations) and oneway (send-only) calls.

14 CORBA Dynamic Skeleton Interface (DSI) - This is the server side's analogue to the client side's DII. –The DSI allows an ORB to deliver requests to an object implementation that does not have compile- time knowledge of the type of the object it is implementing. –The client making the request has no idea whether the implementation is using the type-specific IDL skeletons or is using the dynamic skeletons. 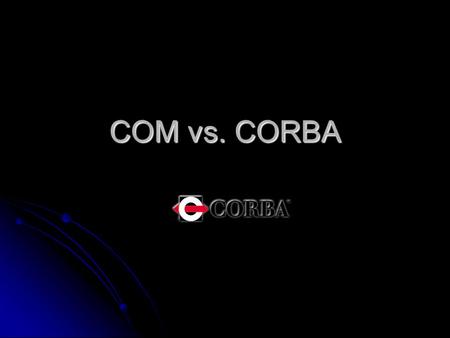 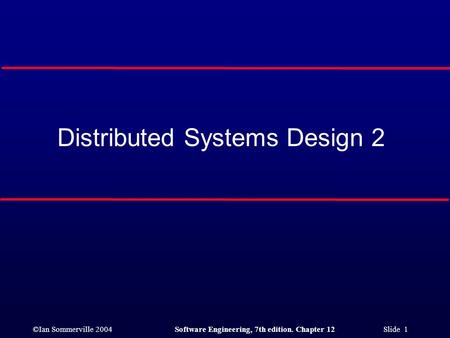 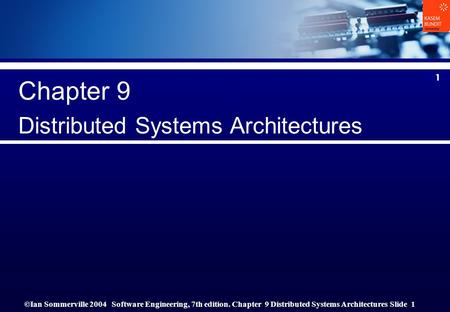 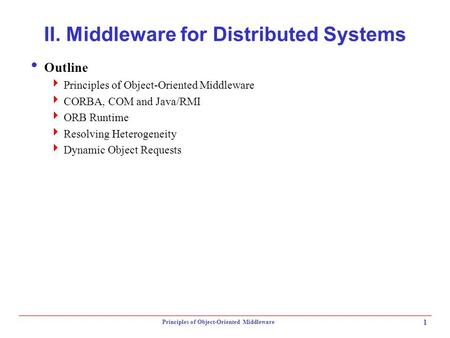 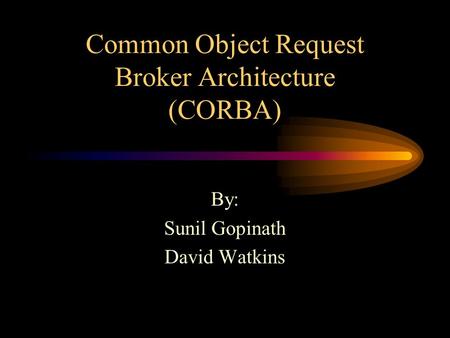 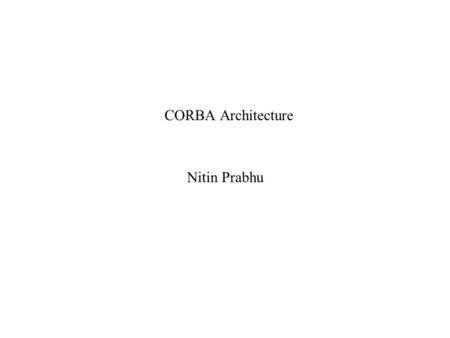 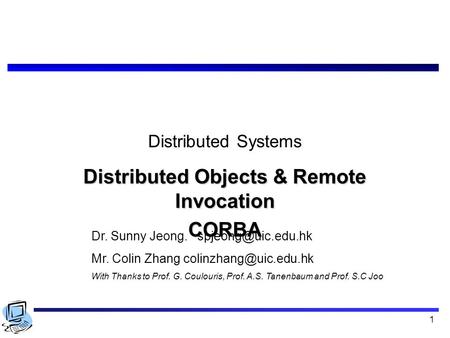 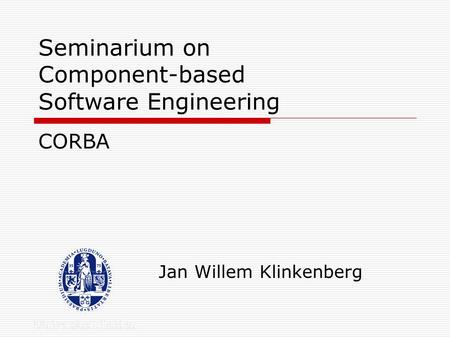 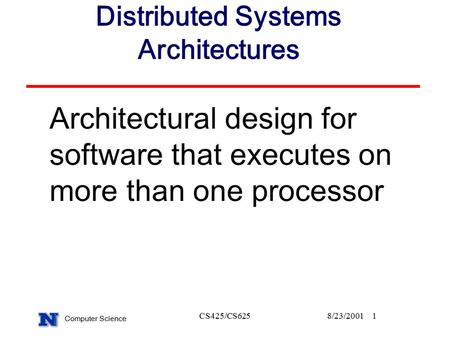 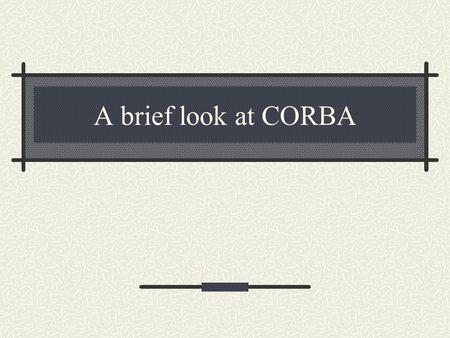 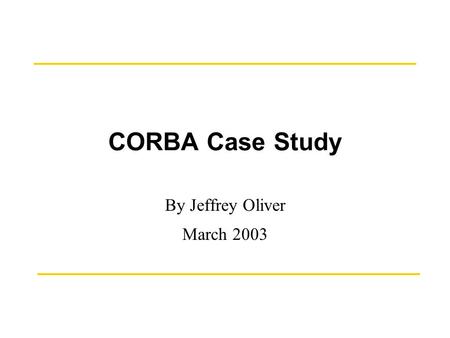 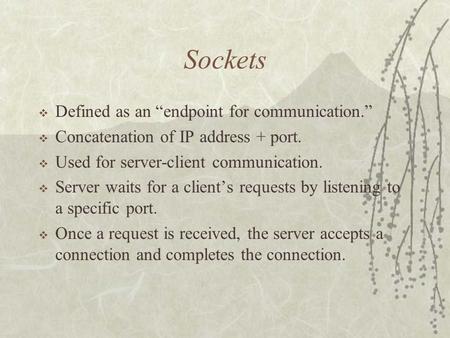 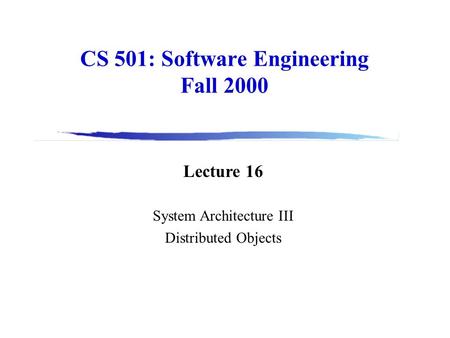 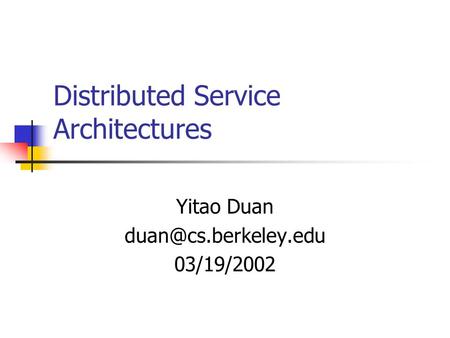 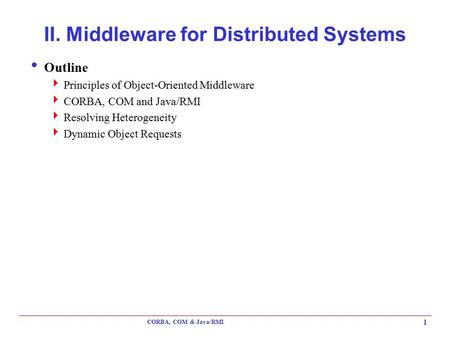 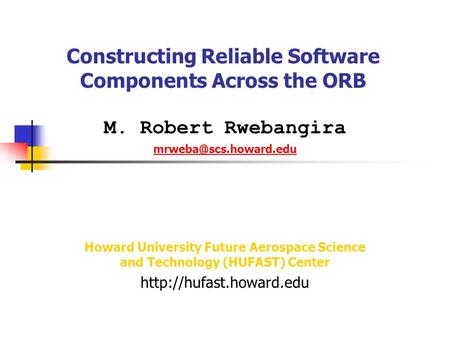 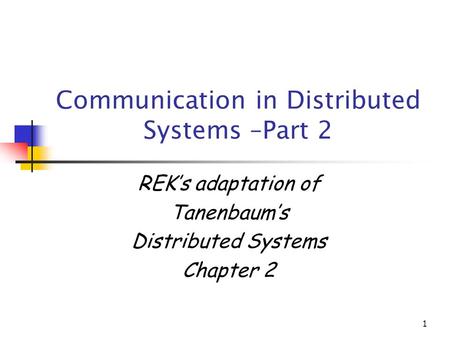 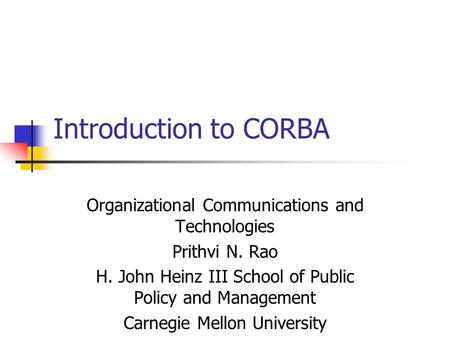 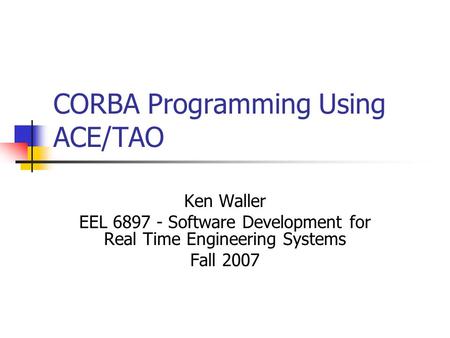