Presentation on theme: "Members of One Another Learning to behave as members of Christ’s body."— Presentation transcript:

2 2 Introduction God’s people, His church, are those who submit to Christ and are saved by Him His church is described by many different figures emphasizing different qualities we are to possess Sheep in flock – listening to Shepherd’s voice Children in family – spiritual resembling Christ

3 3 Introduction Members of Christ’s body – working together in harmony with Christ and with one another Obstacles that face us are often internal, acting against Jesus as Head and one another as members of His body, His church To please Him, we must be submissive to Him and behave rightly toward one another

4 4 Members of One Another Rom 12:5 so we, who are many, are one body in Christ, and individually members one of another. Eph 4:25 Therefore, laying aside falsehood, SPEAK TRUTH EACH ONE of you WITH HIS NEIGHBOR, for we are members of one another.

6 6 Members of One Body, His Church Eph 4:4 There is one body and one Spirit, just as also you were called in one hope of your calling; Col 1:18 He is also head of the body, the church; and He is the beginning, the firstborn from the dead, so that He Himself will come to have first place in everything.

7 7 One Body Composed Of Similar Members Jesus is Head over one body, His church, composed of all who submit to Him to be saved As we obey His one teaching, we please Him and are spiritually similar to one another When we follow our own way, we attempt to divide His body, divided against Him and one another

8 8 Jesus Adds Us To His One Body Act 2:41 So then, those who had received his word were baptized; and that day there were added about three thousand souls. Act 2:47 praising God and having favor with all the people. And the Lord was adding to their number day by day those who were being saved.

9 9 Jesus Adds Us To His One Body 1Co 12:12 For even as the body is one and yet has many members, and all the members of the body, though they are many, are one body, so also is Christ. 1Co 12:13 For by one Spirit we were all baptized into one body, whether Jews or Greeks, whether slaves or free, and we were all made to drink of one Spirit.

10 10 Obeying Truth Necessary For Proper Function of All Members Eph 4:11 And He gave some as apostles, and some as prophets, and some as evangelists, and some as pastors and teachers, Eph 4:12 for the equipping of the saints for the work of service, to the building up of the body of Christ;

11 11 Obeying Truth Necessary For Proper Function of All Members Eph 4:13 until we all attain to the unity of the faith, and of the knowledge of the Son of God, to a mature man, to the measure of the stature which belongs to the fullness of Christ. Eph 4:14 As a result, we are no longer to be children, tossed here and there by waves and carried about by every wind of doctrine, by the trickery of men, by craftiness in deceitful scheming;

12 12 Obeying Truth Necessary For Proper Function of All Members Eph 4:15 but speaking the truth in love, we are to grow up in all aspects into Him who is the head, even Christ, Eph 4:16 from whom the whole body, being fitted and held together by what every joint supplies, according to the proper working of each individual part, causes the growth of the body for the building up of itself in love.

13 13 Obeying Truth Necessary For Proper Function of All Members Eph 4:25 Therefore, laying aside falsehood, SPEAK TRUTH EACH ONE of you WITH HIS NEIGHBOR, for we are members of one another.

14 14 Following Error Causes Division 1Co 1:10 Now I exhort you, brethren, by the name of our Lord Jesus Christ, that you all agree and that there be no divisions among you, but that you be made complete in the same mind and in the same judgment. 1Co 1:11 For I have been informed concerning you, my brethren, by Chloe's people, that there are quarrels among you.

16 16 Ungodly Attitudes Cause Division Col 3:12 So, as those who have been chosen of God, holy and beloved, put on a heart of compassion, kindness, humility, gentleness and patience; Col 3:13 bearing with one another, and forgiving each other, whoever has a complaint against anyone; just as the Lord forgave you, so also should you.

17 17 Ungodly Attitudes Cause Division Col 3:14 Beyond all these things put on love, which is the perfect bond of unity. Col 3:15 Let the peace of Christ rule in your hearts, to which indeed you were called in one body; and be thankful.

20 20 Many Similar Members But With Differing Functions Rom 12:3 For through the grace given to me I say to everyone among you not to think more highly of himself than he ought to think; but to think so as to have sound judgment, as God has allotted to each a measure of faith. Rom 12:4 For just as we have many members in one body and all the members do not have the same function,

21 21 Many Similar Members But With Differing Functions Rom 12:5 so we, who are many, are one body in Christ, and individually members one of another. Rom 12:6 Since we have gifts that differ according to the grace given to us, each of us is to exercise them accordingly: if prophecy, according to the proportion of his faith;

22 22 Many Similar Members But With Differing Functions Rom 12:7 if service, in his serving; or he who teaches, in his teaching; Rom 12:8 or he who exhorts, in his exhortation; he who gives, with liberality; he who leads, with diligence; he who shows mercy, with cheerfulness.

Download ppt "Members of One Another Learning to behave as members of Christ’s body." 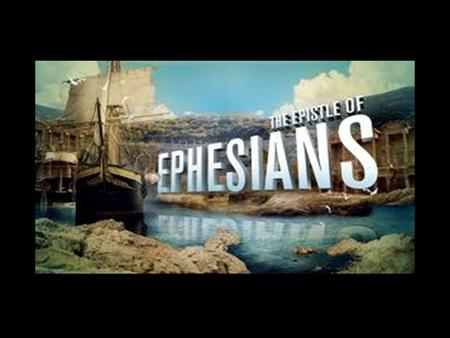 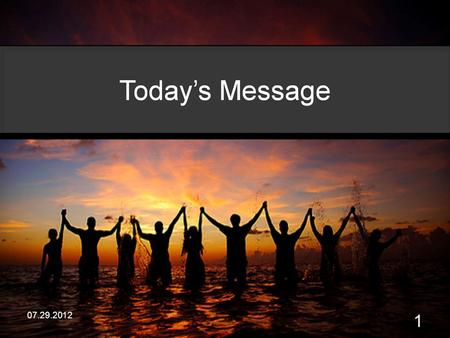 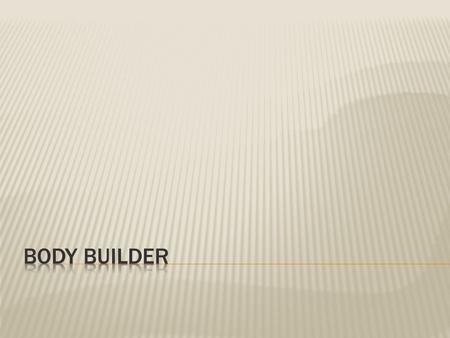 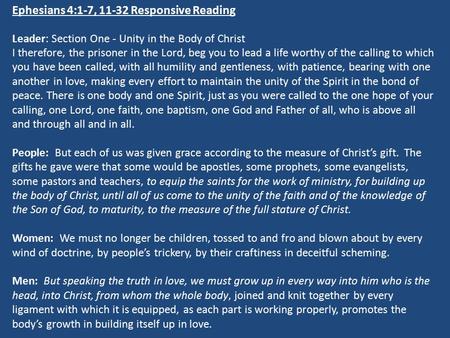 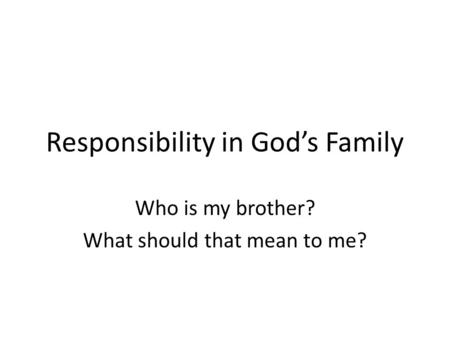 Responsibility in God’s Family Who is my brother? What should that mean to me? 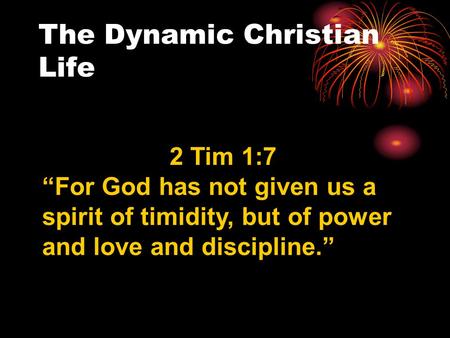 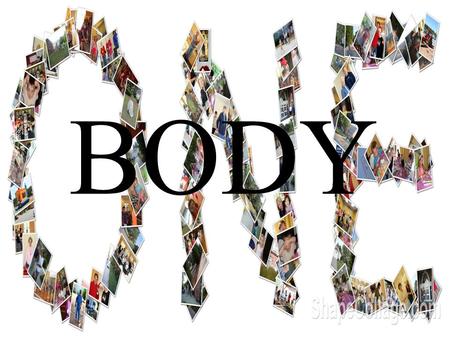 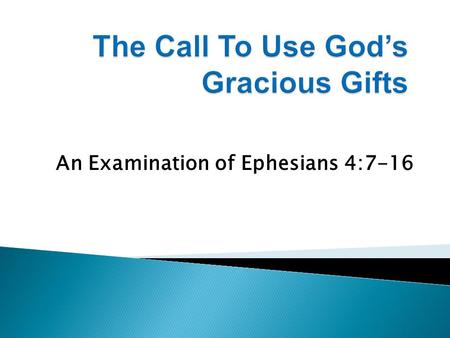 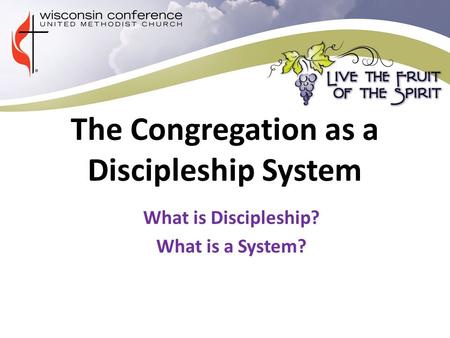 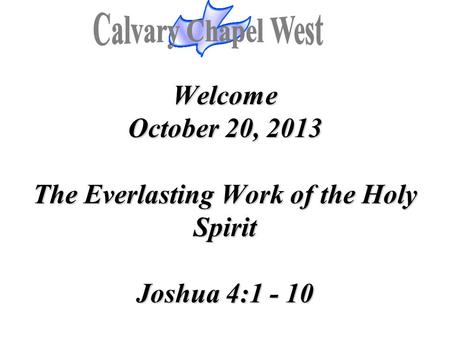 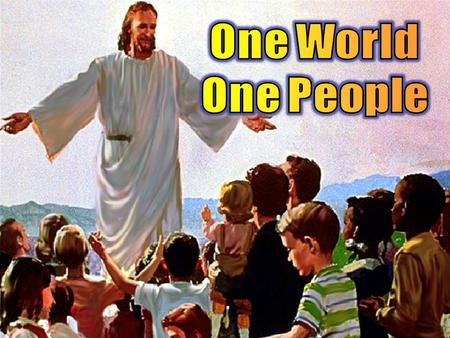 One World One People. 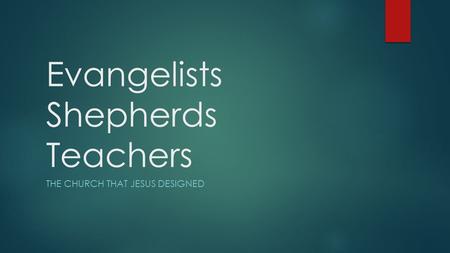 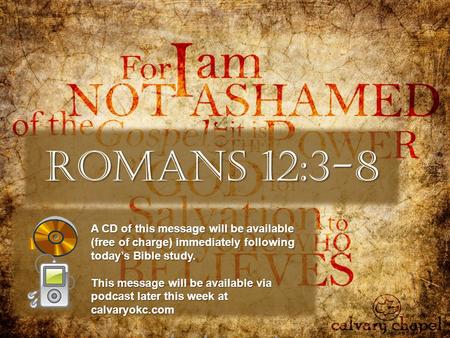 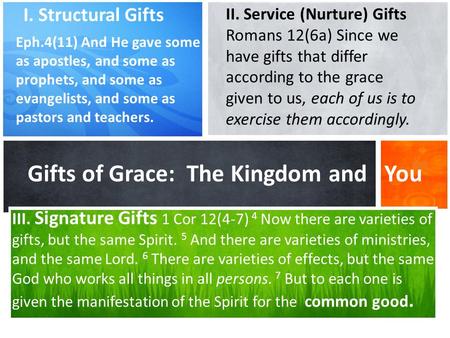 What’s Your Message? Gifts of Grace: The Kingdom and You I. Structural Gifts Eph.4(11) And He gave some as apostles, and some as prophets, and some as. 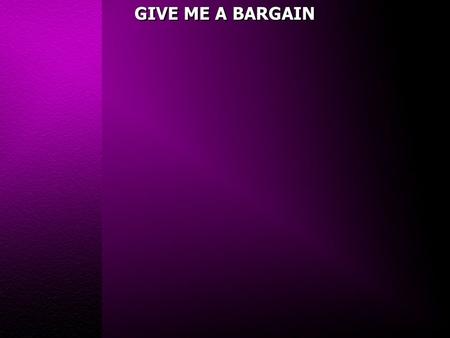 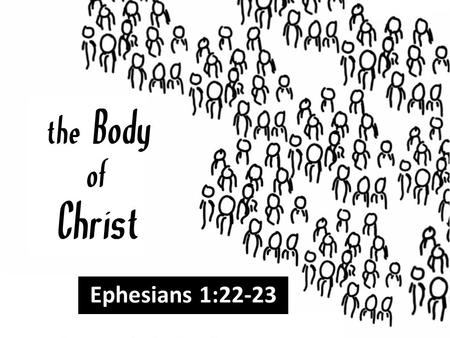 The Body Christ Ephesians 1:22-23 of. Ephesians And He put all things under His feet, and gave Him to be head over all things to the church, 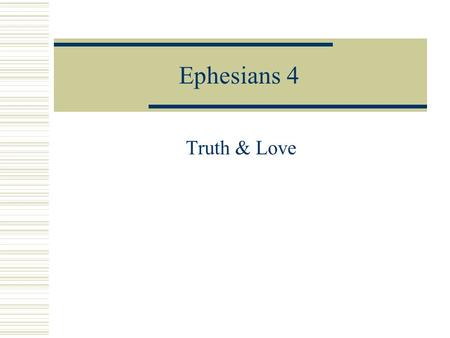 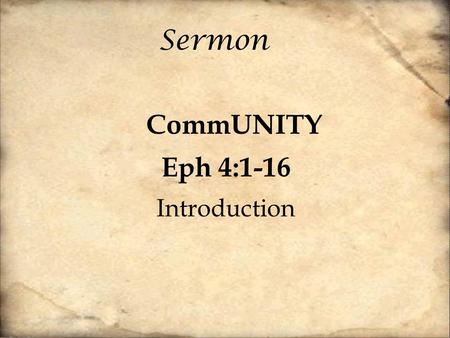 Sermon CommUNITY Eph 4:1-16 Introduction. Coming into the life of the Church or the Kingdom of God is a CROSS CULTURAL experience. It’s cross cultural. 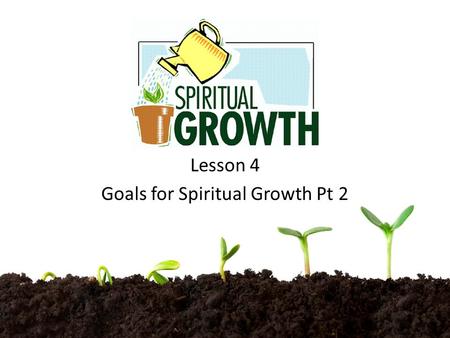 Lesson 4 Goals for Spiritual Growth Pt 2. Setting Functional Goals -The Church has many Members -Every member is Important -1 Cor 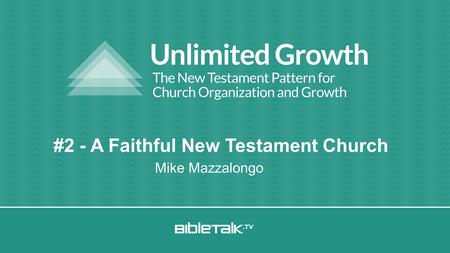