Presentation on theme: "YOU NEED TO HAND IN YOUR PROJECT TO YOUR TEACHER OR SUBMIT IT ELECTRONICALLY TO MRS. MCMICHAEL."— Presentation transcript:

2 YOU NEED TO HAND IN YOUR PROJECT TO YOUR TEACHER OR SUBMIT IT ELECTRONICALLY TO MRS. MCMICHAEL

6 CE.5a It is a group of citizens that share common ideas about the way the government should carry out or do its work

8 History of Political Parties in the United States

12 1)George Washington did not want political parties to develop. 2)Political parties are:  Association of voters with common interests  Want to get their candidate into office  Share beliefs about politics and gov’t roles  Persuade voters 3) You do not have to pay dues, take a test or vote to be a member of a political party

16 7 and 8. Two rival groups formed during Washington’s administration led by Hamilton and Jefferson. They disagreed on how the government should run Alexander HamiltonThomas Jefferson

19 10. Thomas Jefferson’s Democrat- Republicans broke apart to become just the Democratic Party under Andrew Jackson. 11. A group broke off from the Democrats and the Whig parties over slavery in 1854. Abraham Lincoln was the 1 st Republican president in 1860.

27 Watch a summary of the political parties Click here http://www.youtube.com/watch ?v=1lt-f3QQ7-A 1.Based on how you scored on the survey, read over issues on the party platform you are most likely to support. Do you agree with it? 2.Remaining class time:  People who chose to present their project for extra credit may do so  Complete the homework assignment which is creating a Venn diagram comparing and contrasting the two major political parties

Download ppt "YOU NEED TO HAND IN YOUR PROJECT TO YOUR TEACHER OR SUBMIT IT ELECTRONICALLY TO MRS. MCMICHAEL." 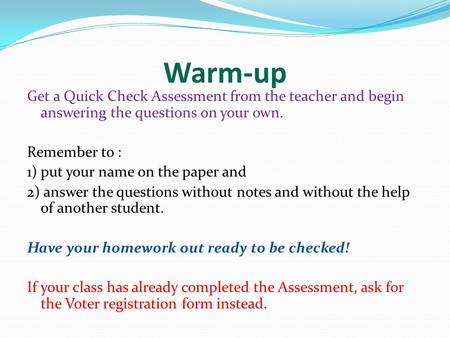 Warm-up Get a Quick Check Assessment from the teacher and begin answering the questions on your own. Remember to : 1) put your name on the paper and 2) 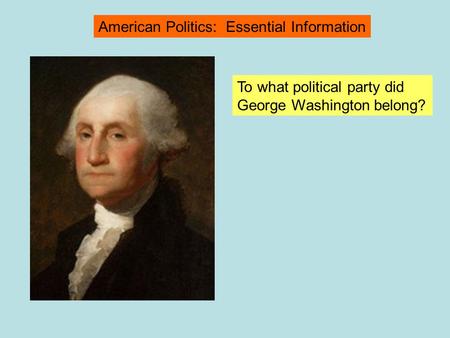 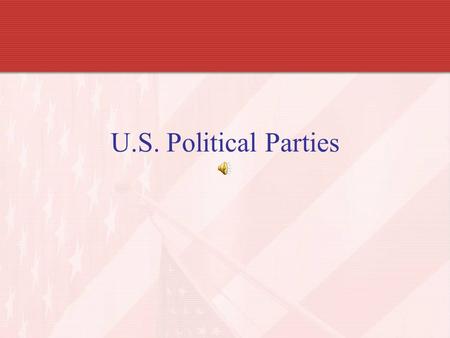 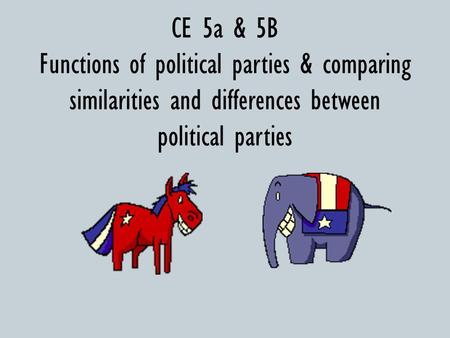 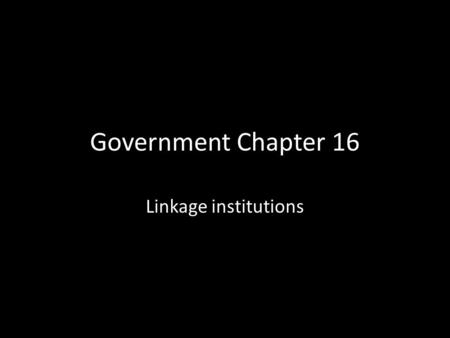 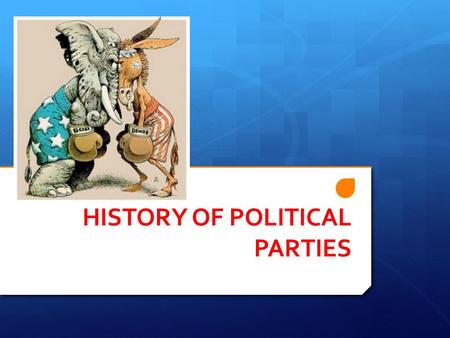 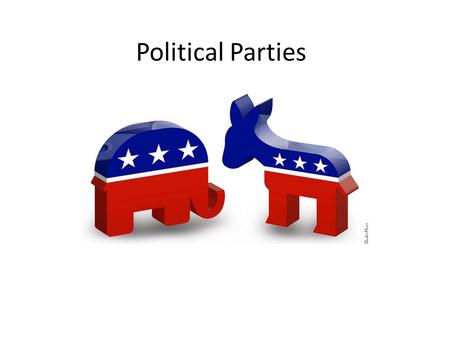 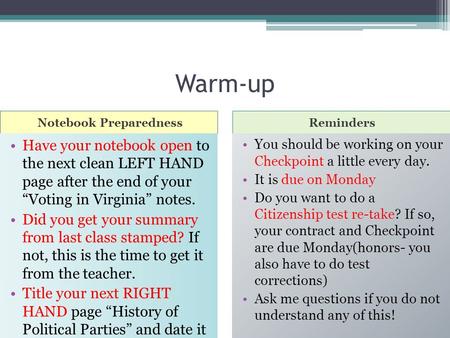 Warm-up Notebook PreparednessReminders Have your notebook open to the next clean LEFT HAND page after the end of your “Voting in Virginia” notes. Did. 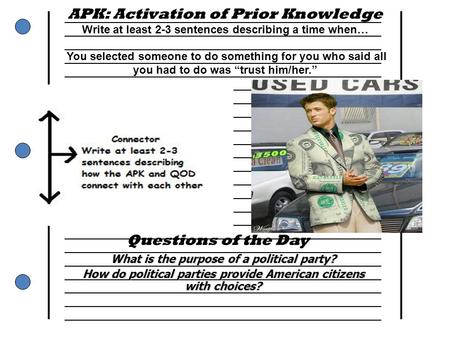 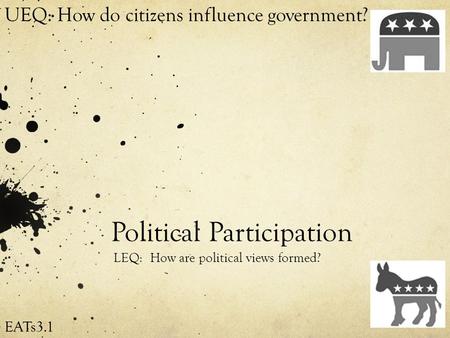