2 Summary of Convolution: from core to seismogram
deconvolution convolution 1 2 3 4 5

4 Examples using known reflectivity (R) compared to predicted reflectivity from deconvolution (inverse filtering) of seismogram (S=WR) Examples are shown for series R with only a few reflectors (both widely and closely spaced) and a more realistic series with many random reflectors.

21 Use of autocorrelogram to design decon operators that improve imaging of reflectors
set window for optimizing parameters for reflectors rather than noise or other types of arrivals (e.g. refractors, guided waves) (e.g. Fig. 2-66c). But problems if length of autocorrelogram is too short (e.g. Fig. 2-66d) set n to include length of W and reverberations (e.g ms; Fig. 2-67) set lag small for spiking decon. Higher values will give more reverberations (Fig. 2-68)

24 Signature processing (Figs. 2-75 and 2-76)
Used when approximate signature of W is known. In this case W is split into two parts: a known wavelet (recorded in the water at far field) and the unknown part due to propagation within the sub-bottom and the recording system. Depends on accuracy for recording of W. A shaping filter can be used to produce minimum phase from the known part of W followed by spiking decon (Fig. 2-75) Alternate is to produce spike and then reduce ringing by predictive decon. Compare Fig. 2-75c,d,e to Fig. 2-76c,d,e. Since original W was not minimum phase these results should be better than previous result using decon of unknown W (Fig. 2-67d). What do you think?

26 Decon after stack (Fig. 2.6-14)
Because assumptions of decon are never met in practice, the decon before stack (DBS) cannot produce an exact spike. Predictive decon applied to CMP stack may be more successful in removing multiples since noise is reduced by stacking. Generally followed by band-pass filtering to reduce noise that has been enhanced by decon 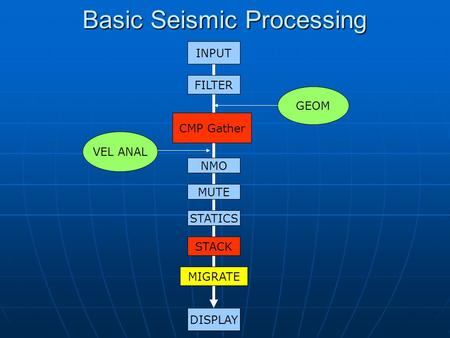 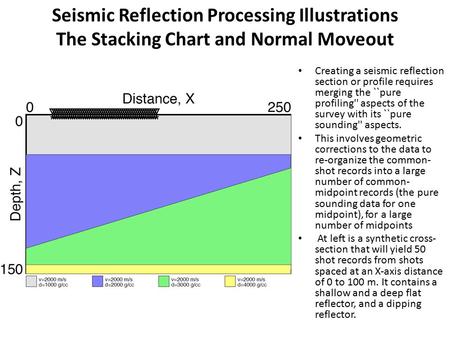 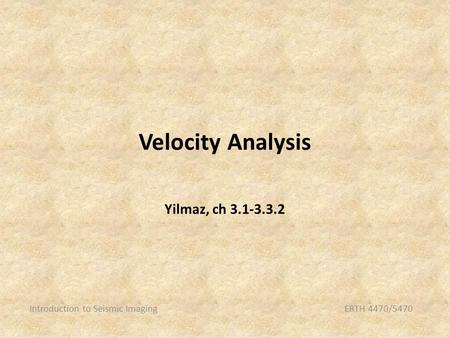 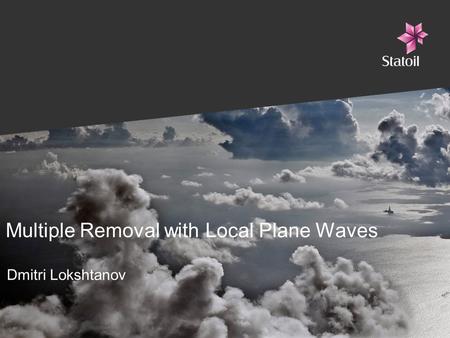 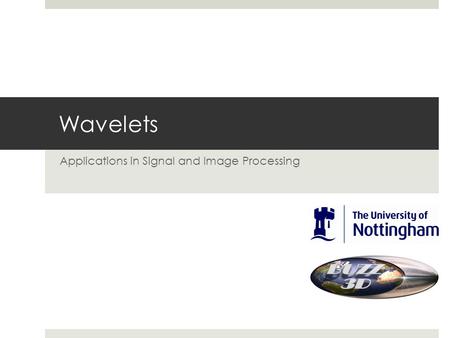 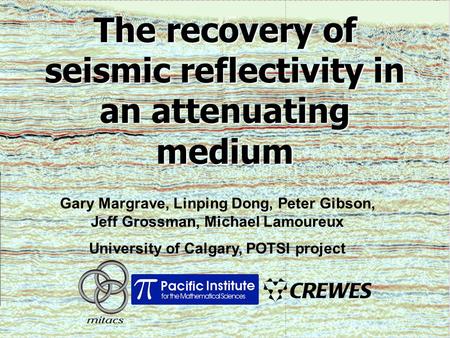 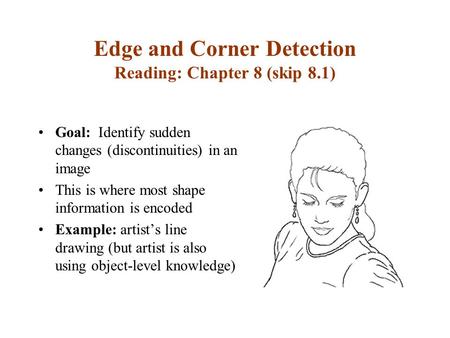 Edge and Corner Detection Reading: Chapter 8 (skip 8.1) Goal: Identify sudden changes (discontinuities) in an image This is where most shape information. 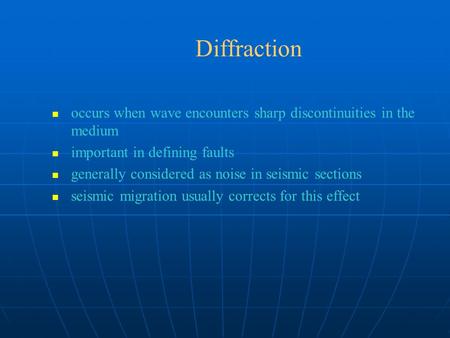 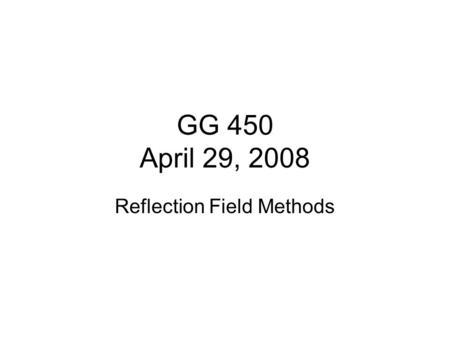 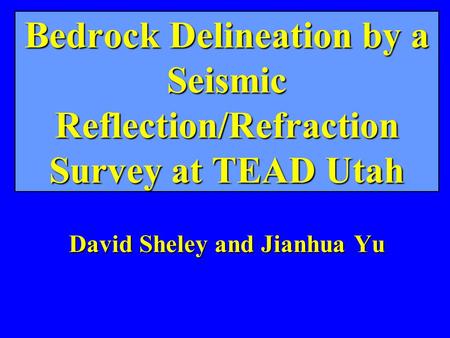 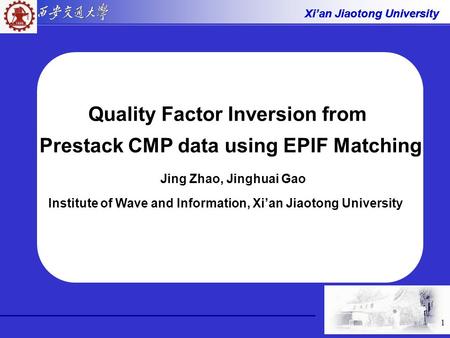 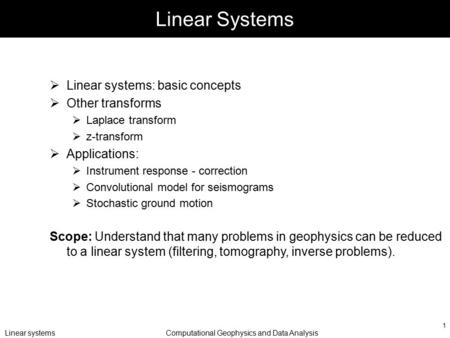 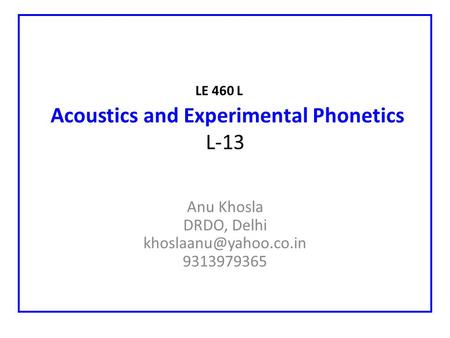 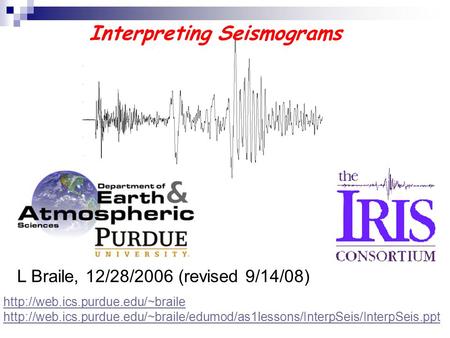 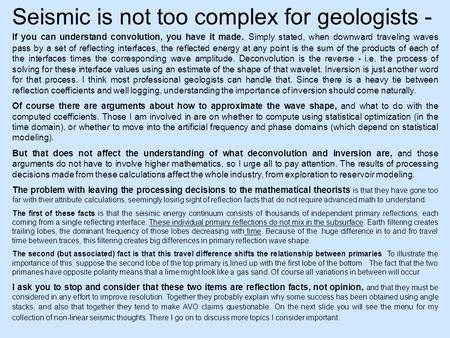 Seismic is not too complex for geologists - If you can understand convolution, you have it made. Simply stated, when downward traveling waves pass by a. 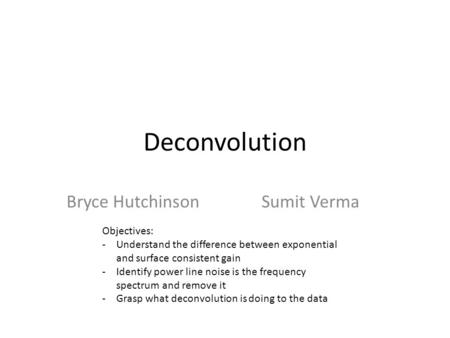 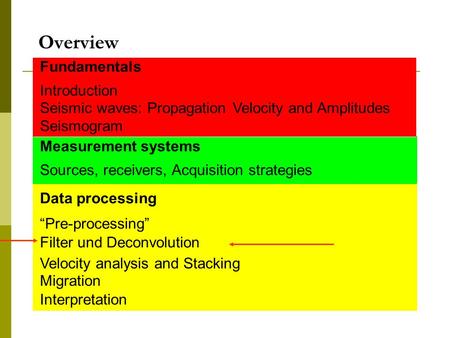 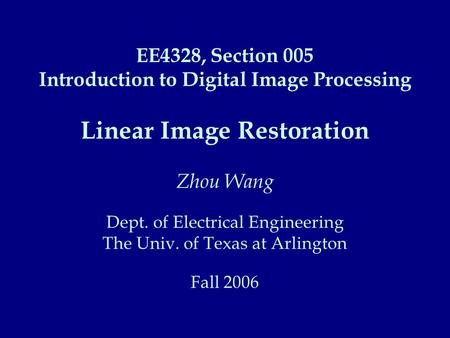 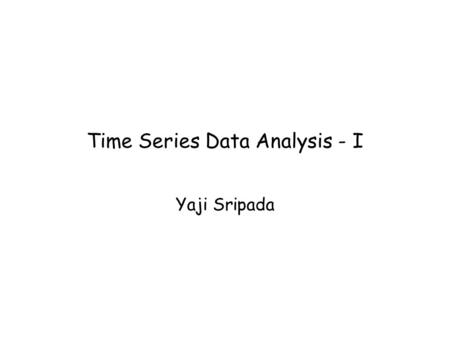 Time Series Data Analysis - I Yaji Sripada. Dept. of Computing Science, University of Aberdeen2 In this lecture you learn What are Time Series? How to.