2 Goals After this, you should be able to: Interpret the simple linear regression equation for a set of data Use descriptive statistics to describe the relationship between X and Y Determine whether a regression model is significant

5 Simple Linear Regression Model
Only one independent variable, x Relationship between x and y is described by a linear function Changes in y are assumed to be caused by changes in x

12 Finding the Least Squares Equation
The coefficients b0 and b1 will be found using computer software, such as Excel’s data analysis add-in or MegaStat Other regression measures will also be computed as part of computer-based regression analysis

18 Interpretation of the Intercept, b0
b0 is the estimated average value of Y when the value of X is zero (if x = 0 is in the range of observed x values) Here, houses with 0 square feet do not occur, so b0 = just indicates the height of the line.

19 Interpretation of the Slope Coefficient, b1
b1 measures the estimated change in Y as a result of a one-unit increase in X Here, b1 = tells us that the average value of a house increases by ($1000) = $109.77, on average, for each additional one square foot of size

24 Examples of Approximate R2 Values
y No linear relationship between x and y: The value of Y does not depend on x. (None of the variation in y is explained by variation in x) x R2 = 0

29 Regression Analysis for Description
Confidence Interval Estimate of the Slope: Coefficients Standard Error t Stat P-value Lower 95% Upper 95% Intercept Square Feet Excel Printout for House Prices: We can be 95% confident that house prices increase by between $33.74 and $ for a 1 square foot increase.

31 Interval Estimates for Different Values of x
Prediction Interval for an individual y, given xp The father from x the less accurate the prediction. y y  y = b0 + b1x x xp x

34 Estimation of Individual Values: Example
Prediction Interval Estimate for y|xp Find the 95% confidence interval for an individual house with 2,000 square feet Predicted Price Yi = ($1,000s) = $317, 850 MegaStat will give both the predicted value as well as the lower and upper limits Predicted values for: Price($000) 95% Confidence Interval 95% Prediction Interval Square feet Predicted lower upper 2,000 The prediction interval endpoints are from $215,503 to $420,065. We can be 95% confident that the price of a 2000 ft2 home will fall within those limits. 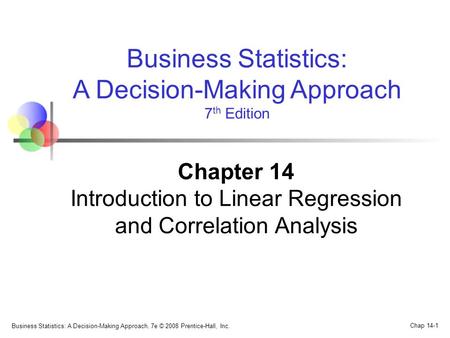 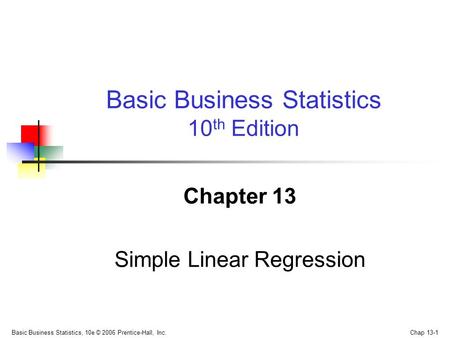