5 Section 1 Introduction Government is big business in America.
In fact, all levels of government in the United States spend more than all privately owned businesses combined. Government is a major player in our economy due to its enormous expenditures.

6 Two Kinds of Spending Government spending is for the purchase of goods and services and payments to disadvantaged Americans. Goods and services that the government buys includes everything from tanks for the nation’s defense to paper and soap for its employees.

7 Two Kinds of Spending (cont.)
Transfer payments include Social Security, welfare, and unemployment compensation. Two kinds of transfer payments exist. If the payment is made from one level of government to another, it is called a grant-in-aid. Subsidies are payments made to individuals or entire industries to encourage or protect a certain economic activity.

10 Section 2 Introduction Taking action on spending bills is but one step in the preparation of the federal budget — an annual plan outlining proposed revenues and expenditures for the coming year. Approximately two-thirds of the federal budget consists of mandatory spending— spending authorized by law that continues without the need for annual approvals of Congress.

11 Introduction (cont.) Mandatory spending includes interest payments on borrowed money, Social Security, and Medicare. The remaining one-third of the budget deals with discretionary spending– programs that must receive annual authorization. Discretionary spending decisions include how much to spend on programs such as the military, the Coast Guard, and welfare

12 Establishing the Federal Budget
The federal budget consists of (1) mandatory spending, which includes interest payments on borrowed money, Social Security, and medicare (two-thirds of the budget); and (2) discretionary spending, which includes programs that congress must approve annually (one-third of the budget). The government’s fiscal year is from October 1 to September 30.

13 Establishing the Federal Budget (cont.)
The second step is House action—Congress has the power to approve, modify, or disapprove the president’s proposed budget. The House sets budget targets for each category of the discretionary budget, then assigns appropriations bills to various subcommittees where subcommittee members study and debate each bill. If the bill is approved in subcommittee, it is sent to the full House Appropriations Committee. If approved there, it goes to the entire House for a vote. All these congressional steps must be completed by September 15 each year.

14 Establishing the Federal Budget (cont.)
The third step is Senate action—the Senate may approve the House bill or it may draft its own version. If differences exist, a joint House-Senate conference committee works out a compromise bill. The last step is final approval—the House and Senate send the bill to the president for his approval or veto. Once signed, it becomes the official budget for the new fiscal year.

20 Local Government Expenditures
Local governments include counties, municipalities, townships, school districts, and other special districts. The largest categories of spending (about two-thirds of the total) include: elementary and secondary education; public utilities; hospitals; police protection; interest on debt; public welfare; and highways. The other third includes such expenses as housing and community development, fire protection, and parks and recreation.

24 Section 4 Introduction In 1998 the federal budget had its first surplus in 29 years. The surplus did not last long, however, as the recession of 2001 reduced tax receipts while politicians simultaneously opted for tax cuts rather than debt reduction. By 2002, federal deficits were back.

25 From the Deficit to the Debt
The federal budget has been characterized by a remarkable about of deficit spending – or spending in excess of revenues collected. Sometimes the government is forced to spend more than it collects and other times they plan it.

26 From the Deficit to the Debt (cont.)
When the budget runs a deficit, the Treasury Department sells bonds to the public to raise money. The federal debt is the total amount the government has borrowed from investors to finance its deficit spending over its long history. The debt grows whenever the government spends more than it collects in revenues. If the federal government attains a balanced budget the federal debt will not change. *balanced budget : where expenditures EQUAL revenues

30 Taming the Deficit Congress tried to mandate a balance budget in 1991 through the Gram –Rudman-Hollings Act. GRH failed because Congress passed spending bills in spite of the law. The Budget Enforcement Act required that Congress must “pay as it goes.” It must offset any new spending with making reductions elsewhere. BEA failed. The Omnibus Budget Reconciliation Act of 1993 only succeeded in reducing the rate of growth of the deficit, not the total deficit. The act combined spending reductions with tax increases, leading to the surplus by 1998. 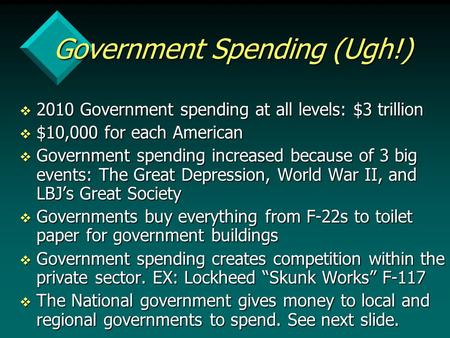 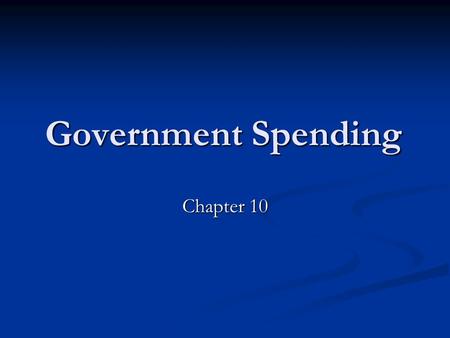 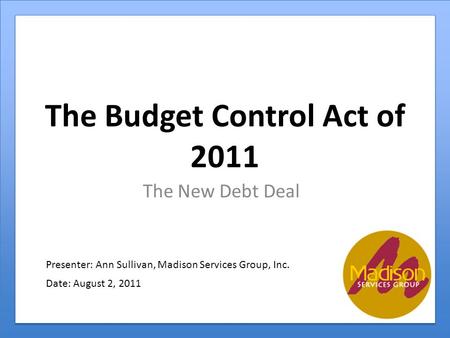 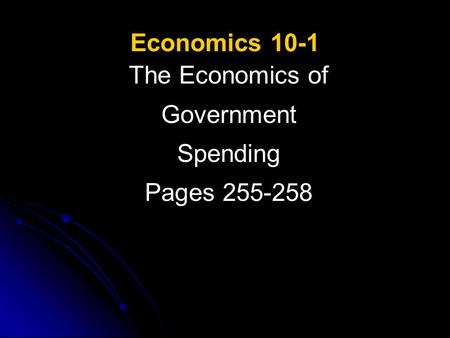 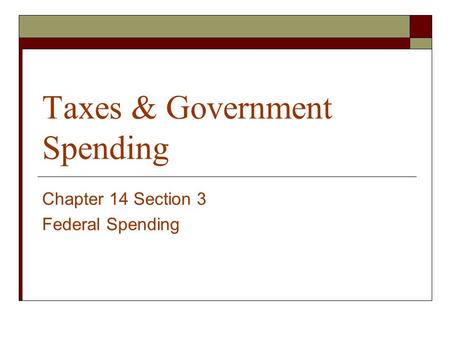