1 Sex Linked Genes The Xs and Ys of Genetics

3 Sex Linked Genes These chromosomes not only carry the genes that determine male and female traits, but also those for some other characteristics as well. Genes that are carried by either sex chromosome (X or Y) are said to be SEX LINKED

4 Males Men normally have an X and a Y combination of sex chromosomes. Since only men inherit the Y chromosome, they are the only ones that inherit Y-linked traits.

9 X Linked Traits Men and Women can get the X- linked traits since both inherit X chromosomes.

12 X Chromosome Traits Men only have one X chromosome Therefore genes on that chromosome are expressed in the male phenotype, even if it is a recessive gene.

13 X-linked traits In women, a recessive allele on one x chromosome is often masked on their phenotype May have a dominant normal allele on the other carriers of X-linked traits but more rarely have them expressed in their own phenotypes

21 Muscular Dystrophy (MD) Characterized by a gradual irreversible wasting away of skeletal muscle. An X-linked trait most often passed on to sons from their mothers. Begins to weaken the legs of boys by age 3 and gets worse every year. No cure and inflicted usually die by age 30.

23 Y-linked Traits The Y chromosome is small and therefore does not contain many genes Y linked diseases are very rare Only passed from father to son. Example: Male infertility 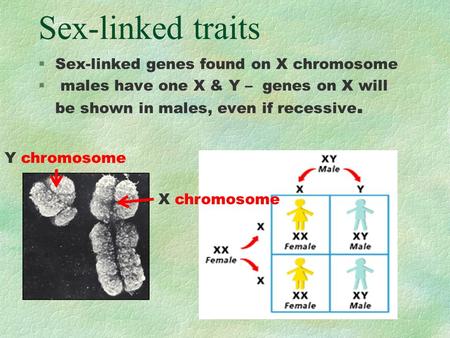 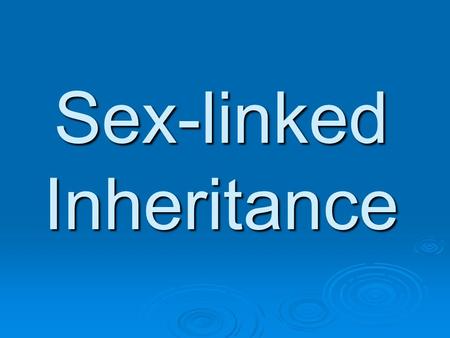 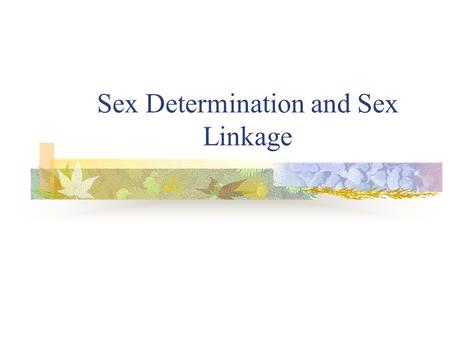 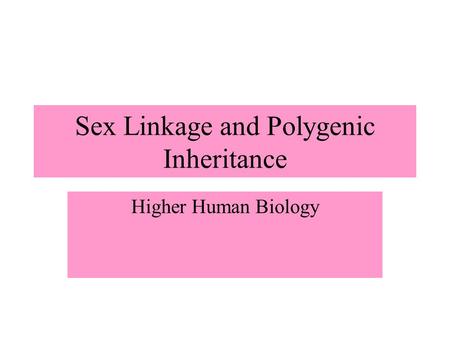 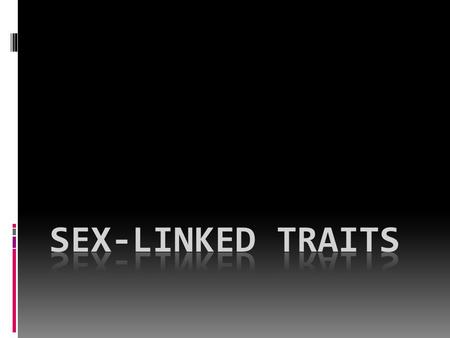 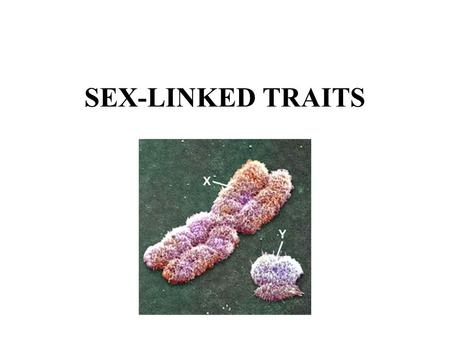 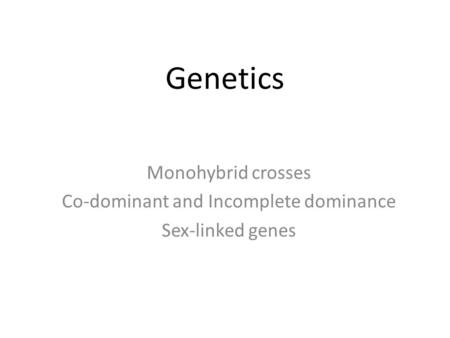 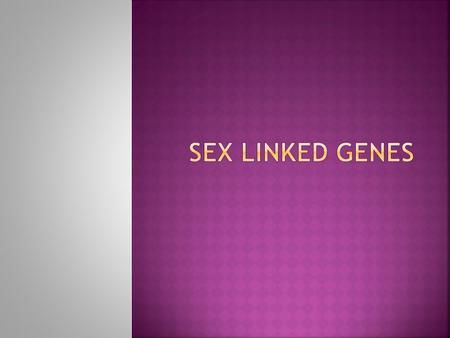 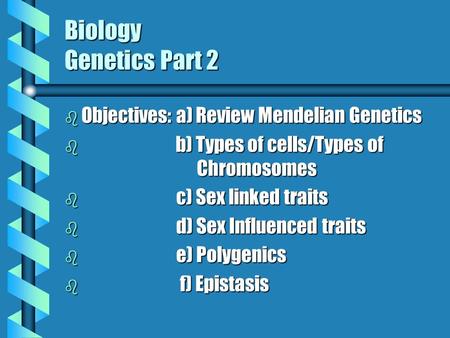 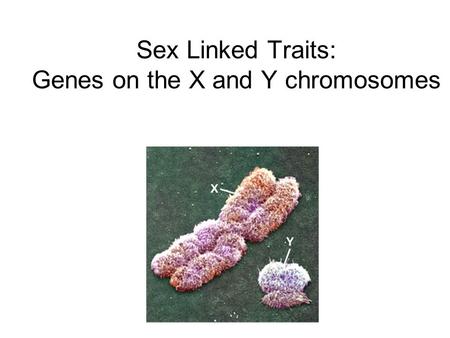 Sex Linked Traits: Genes on the X and Y chromosomes. 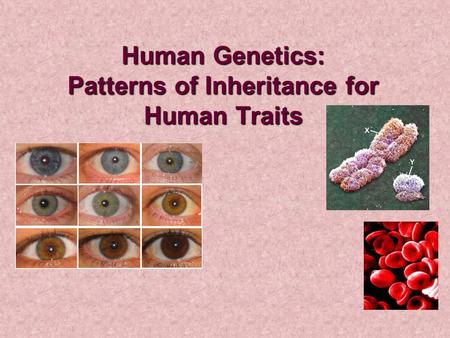 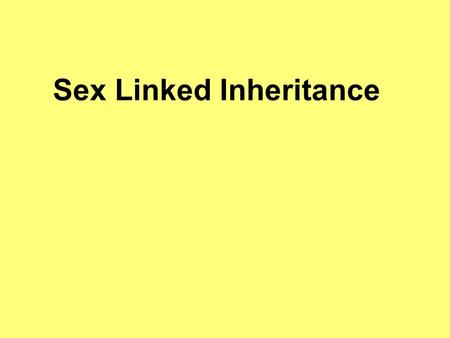 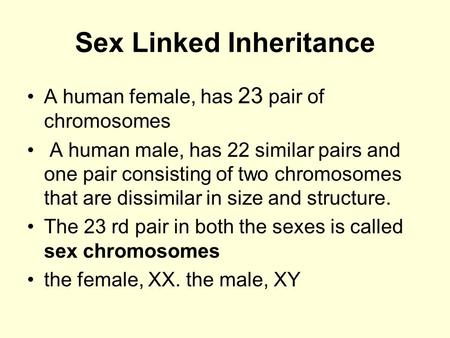 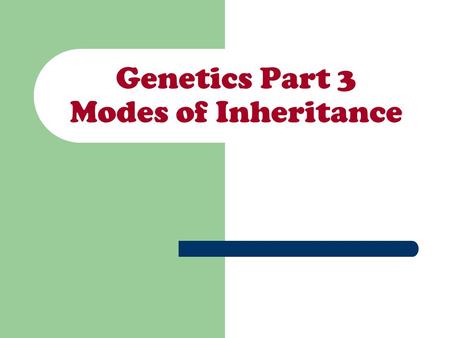 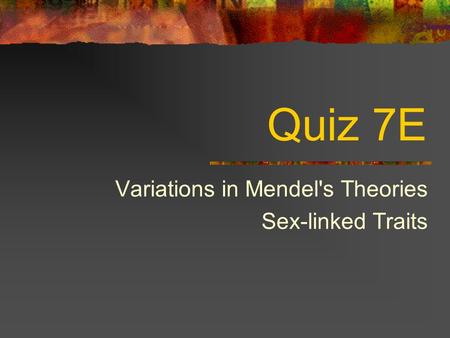 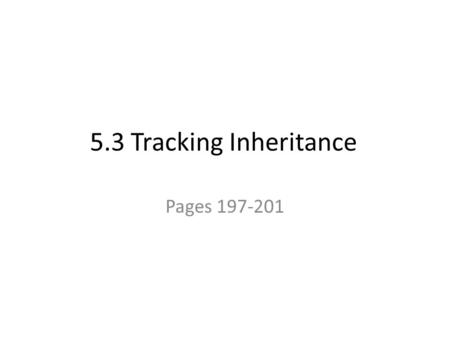 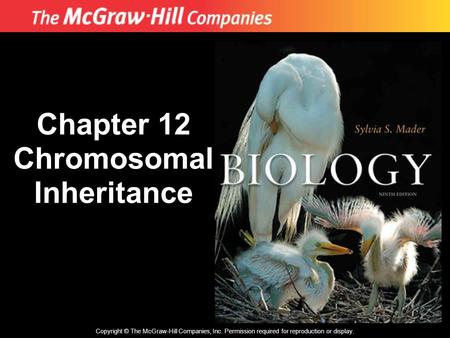 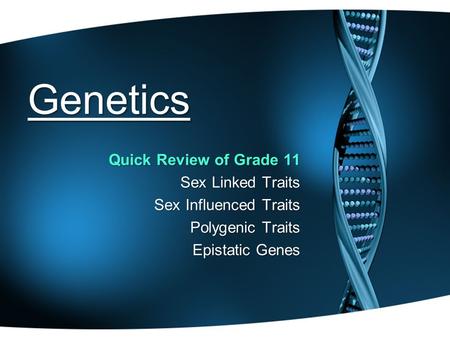