4 Urbanization: The process by which the population of cities grow
As recently as 1800, only 3% of the Earth’s population lived in cities. Only one city in the world had a population of more than a million inhabitants. Which one? London 200 years later: 50% of the earth’s population lives in cities Nearly 400 cities have at least one million inhabitants Urbanization has two dimensions Increase in the number of people living in cities Increase in the percentage of people living in cities

5 Ancient urbanization Urbanization dates back to the time of sedentary agriculture, but developed very slowly. Athens and Rome were important urban areas in the ancient world.

6 Urban areas begin to thrive…
During the middle ages

9 Urbanization takes off in 18th century
Due to Industrial Revolution

10 LDC’s v. MDC’s MDC’s have higher percentages of urban dwellers
LDC’s have larger number of people living in urban areas These include 7 of the 10 most populous cities: Mexico City, Sao Paulo, and Seoul These are megacities and are characterized by chaotic urban growth, pollution and poverty Huge change from 100 years ago when 9 of the top 10 urban areas were in MDC’s

11 Built environment and social space
Nearly all countries have a political system that recognizes cities as legal entities with fixed boundaries. In the US, a city that is surrounded by suburbs is sometimes called a central city The central city and surrounding suburbs are together known as an urbanized area

13 Micropolitan Statistical area
Includes an urbanized area of between 10,000 and 50,000 inhabitants with adjacent counties tied to the city

15 Consolidated Metropolitan Statistical Area (CMSA)
Two or more adjacent MSAs with overlapping commuter patterns Washington-Baltimore is a CMSA Within a CMSA, an MSA that exceeds one million people may be classified as a Primary Metropolitan Area (PMSA)

19 Comparative models of internal city structure
Concentric Zone Model was developed by Burgess, and describes cities that have concentric rings of urban land use emanating outward from a core or central business district (CBD) The rings each contain different kinds of urban land use and residences become more high class further away from the CBD

21 The Sector Model Developed in 1939 by Hoyt, who saw the city developing as a series of sectors rather than rings Cities have numerous nodes of business and other urban land uses rather than one central core The sectors often followed transportation lines Hoyt and Burgess both claimed that social patterns in Chicago supported their model

24 The Multiple Nuclei Model
Developed by Harris and Ullman They believed that cities lack one central core, but instead have numerous nodes of business and cultural activities

26 Differences in cities The models help geographers understand where different people live in urban areas and why they live there Cities in MDCs as well as LDCs exhibit characteristics of these models, but no one city matches any model perfectly

27 Application of models US Census Bureau divides urban areas into census tracts These are essentially urban neighborhoods In European cities wealthier people tend to live closer to the CBD, and there is more suburban poverty Islamic cities, such as Mecca, were laid out surrounding a religious core

30 Problems in the inner city
One of the major physical problems is filtering, which is when houses are subdivided and occupied by successive waves of lower-income people It can lead to total abandonment This has caused the inner cities to have a rapidly declining population Redlining is when banks draw lines on a map to identify areas where they will refuse to loan money, although the Community Reinvestment Act has essentially made this illegal

38 Suburban Sprawl In North American urban areas, the further one gets from the center of the city, there will be a decline in the density at which people live This is called the density gradient Suburban sprawl has increased at the expense of agricultural land Several British cities are surrounded by greenbelts, or rings of open space to prevent suburban sprawl Zoning ordinances, which prevent the mixing of land uses have resulted in segregated residential suburbs

41 Smart Growth Limits suburban sprawl and preserves farmland on the urban periphery Maryland ranks among the top in the US for smart growth policies (Go us!) 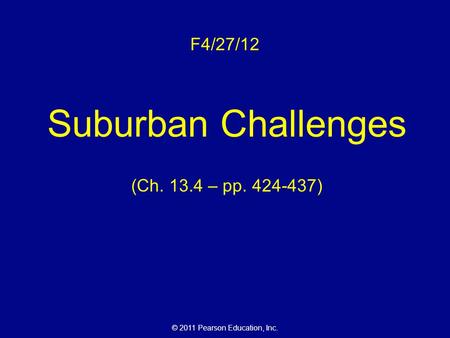 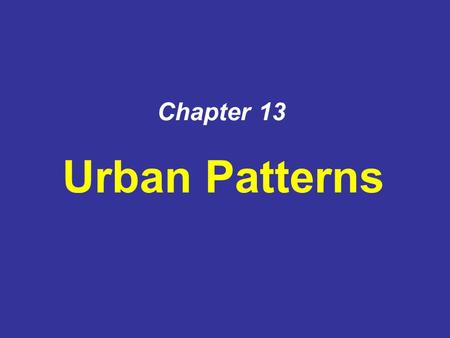 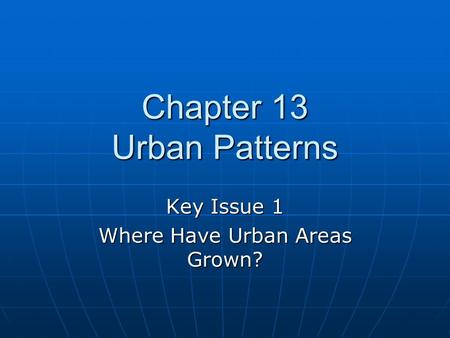 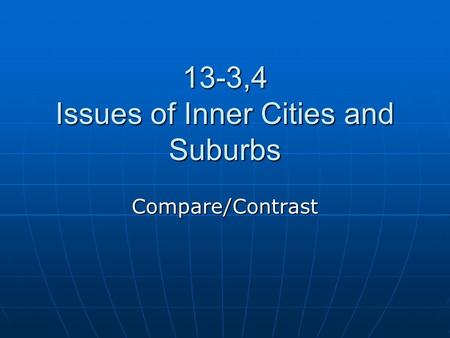 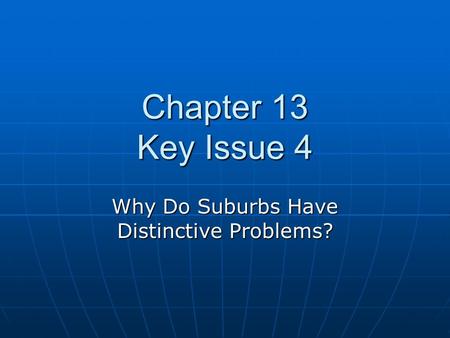 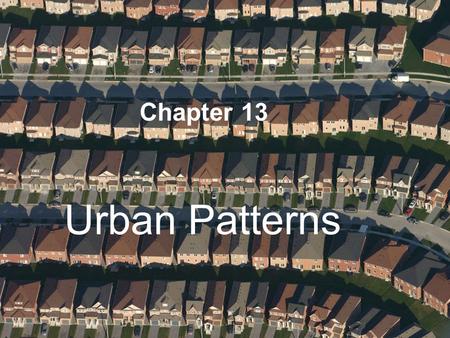 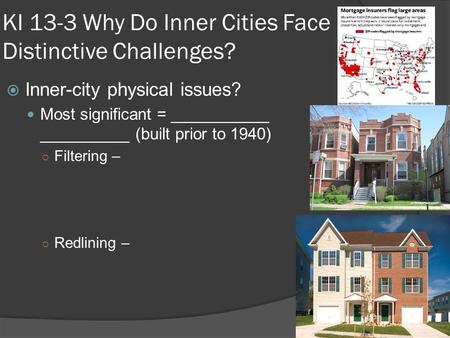