3 Mise En Scene There are not many objects used in this opening title sequence but the objects that are used , are very effective. You see a lot of books and a mysterious person writing and crossing off names which is very creepy. The character comes off as a very mysterious and strange person , by what he is doing. For example at one point you see the character sewing pages of a book together. presumably you think this man is the antagonist.

4 Cinematography In the opening title sequence of Se7en , a lot of camera shots and effects are used. There are a lot of close ups of the mysterious mans finger nails and hands , but none of his face. This gives the effect that the character is very creepy. The opening title sequence starts with an establishing shot of someone's hands , then it continues with close ups of his hands for the majority of the opening sequence. All the camera shots give the effect of mystery and that we do not really know what this character is doing. I think that was that effect worked very well and gave a sense of thrill to the audience.

5 Sound The sound fits in perfectly with the characterisation , setting and the camera shots used. The soundtrack is almost like a heartbeat at times , that gives the effect of anticipation and thrill. It also includes some screeching at times , which adds to the mystery of this unknown character. the sound effects used are almost very silent but quite eerie. Without the sound effects you would not get such a scary feeling and creepiness from this character. The soundtrack does not seem to get faster at any point , it just stays at the same pace.

7 Titles In the Shutter island opening title sequence the titles are clear and bold. The titles clearly show the character names boldly behind a black background. The titles fade from the camera shot , which makes a really great effect. The font of the titles are normal and clear , all the titles seem to appear on the screen quite suddenly. At the beginning of the opening title sequence the titles flash up red and they fade quickly in and out of the camera shot. This adds to the effect at the beginning and even gives a sense of thrill to the audience.

8 Mise En Scene The scene does not really get set in the opening credits. There are a lot of different sets but it is hard to piece them together. There is one shot of a foot on a gun , which could indicate a detective or a death. There is also camera view of some spiral stairs and the camera travels down them , this could add to the psychological part of the opening title sequence. You also see a prison , which shows it is a crime thriller. The whole opening title sequence is very confusing but since it is a psychological thriller , maybe that was the effect they were going for.

9 Cinematography There are lots of different camera shots used in the opening title sequence of shutter island. The sequence starts with a medium close up of a hallway with a prison cell at the end. As seen in the picture , the prison cell gives quite a isolated effect. The camera then goes onto a shot of some spiral stairs and the shot turns into a tracking shot going down the stairs. This adds a psychological effect to the opening title sequence. There is also an establishing shot of what looks like a prison and as the camera comes towards the building , the gates open. This is used very well and gives you a great insight into the prison.

10 Sound The soundtrack used is quite slow and quite eerie. The sound fits in well with the camera shots and the effect of the opening credits. The sound isn’t a fast beat and it almost goes along side your heartbeat , this is a great effect to use in thrillers. The soundtrack gains pace as you start to uncover more about the opening sequence , and towards the end it turns into a loud scary beat.

13 Mise En Scene The set in this title sequence is a city. The city is seen as a type of cartoon and within this city there are soldiers with guns. The way the camera views the city , it makes the people seem small and that effect is also used on the buildings. The set is the city and that is the only thing you see , as well as these soldiers. The sky is a deep red colour which could indicate blood or death , and also the city seems quite run down and empty , which could have been the effect they were going for.

14 Cinematography The camera angles change a lot in this opening title sequence. The sequence starts with a birds eye view shot of the city then the camera goes through the city , this is a tacking shot . As the camera goes through the city , you start to uncover more about the city and what is happening. There are so many different camera angles used and they change after every title. Establishing shots are used , medium close ups and close ups just to name a few different ones used. 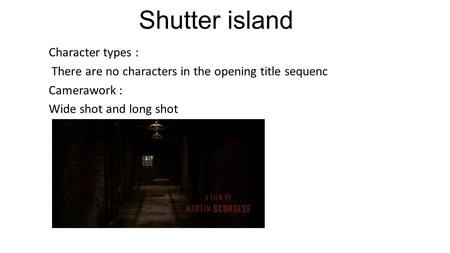 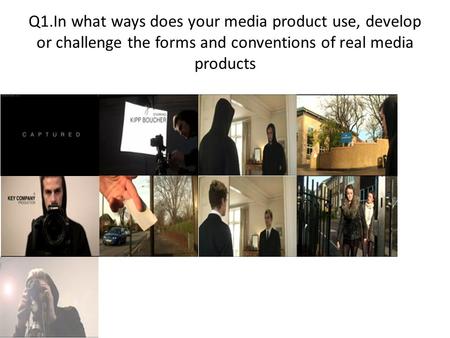 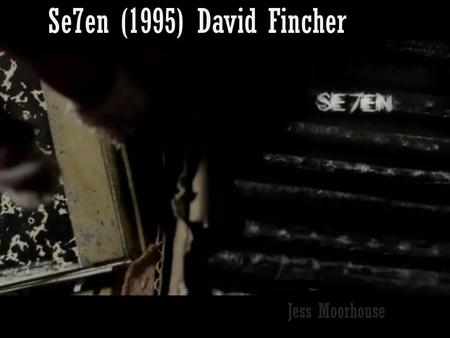 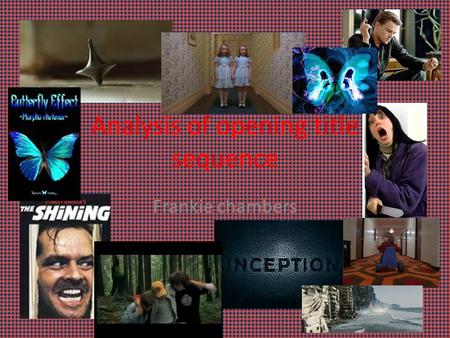