3 Traffic Incident Management
TIM consists of a planned and coordinated multi-disciplinary process to detect, respond to, and clear traffic incidents so that traffic flow may be restored as safely and quickly as possible. Effective TIM reduces the duration and impacts of traffic incidents and improves the safety of motorists, crash victims and emergency responders.

4 First Responder Responsibility
First Responders: In TIM our job is to investigate and clear the scene, be safe, be as efficient as possible and work as a team.

5 Responder Safety The overarching reason for clearing roadways quickly is YOUR SAFETY! On average: Each year, about 5 firefighters are killed in struck by incidents. Each month, about one police officer is struck by a vehicle and killed somewhere in the US. Each week, a tow operator is killed doing their job on our roads. Every three days, a worker is struck and killed in a roadway work zone. Emphasize that the overarching purpose of TIM is safety. The safety of responders, those involved in incidents, and those approaching and passing incidents. According to the National Law Enforcement Officers memorial, over the past 24 years, a dozen officers are killed each year on average in struck by incidents. The Fire Memorial in Emmitsburg, MD tells us that statistics from 2010 are typical for firefighter struck by deaths, about 5 per year. The Towing memorial foundation in Chattanooga, TN tells us that about 60 towers are struck and killed each year. Statistics from the Dept. of Labor demonstrate the dangers of working near roadways in highway work zones. 4

6 First Responder Safety
Because of the nature of the work, first responders (Fire, EMS, Towing, Transportation and Law Enforcement) are at higher risk of being involved in secondary collisions. Between 1987 and 2010 (24 years), 278 law enforcement officers were struck and killed by vehicles; that averages out to one officer killed each month. The fire service had five firefighters killed in “struck by” incidents in 2010, which accounted for about 6 percent of firefighter deaths. An average of 23 highway workers were struck and killed by vehicles each month in 2010 compared to 22 in 2009. All first responders are at risk as well as motorists

7 First Responder Safety – Officer Safety
To date, the Arizona DPS has lost 28 officers, 15 were traffic related and 11 of those were involved in secondary crashes. The primary reason this should be important to you.

8 Two types of Congestion
Reoccurring and Non-reoccurring Congestion Non-reoccurring congestion is: “unexpected traffic delays caused primarily by crashes and incidents, vehicle breakdowns, road construction activities, special events, extreme weather events, etc” This was a definition given by the Maricopa County Association of Governments, most others are vary similar. Basically it is delay that occurs outside of the normal supply and demand equation.

10 Why should Law Enforcement and other first responders attempt to reduce congestion?
Increased risk of secondary collisions, 2.8% per minute that an incident is on the roadway. 100% ÷ 2.8% = minutes Remember Crashes are random A secondary collision could occur in the first minute or the 35th minute. Like in racing every second counts! The last bullet “Low cost to benefit ratio “ it cost millions to add a lane but our small steps are procedural and many times cost nothing but thought. Increased vehicle emissions from vehicles and all the associated negative environmental affects. Lost productivity and quality of life.

11 Cultural Change in Az DPS
In the 1990s, we had several collisions on I-17 that backed up traffic for nearly 60 miles, Since that time we have been chasing our TIM solutions with tenacious resolve. Culture of completing a full scale diagram on every collision was the norm since the inception of the Department.

14 Az DPS is committed to TIM
Manuals and other items Highway Operations Manual Arizona Statewide Incident Management Plan Statewide Alternative Route Plan Support and Guidance from DPS management TIM SROVT How many of you have scene or read the documents mentions or other nationally available resources? New link to be posted on our intranet.

16 Where would AzDPS be if we did not practice good TIM procedures?
In 2011 we investigated 26,665 crashes of these 25,049 were primary crashes. We experienced 6% secondary crashes,1616. (National average is 20%) 541 of these were secondary to a crash. 54 of these crashes involved a first responder. (3.3% of all secondary crashes were 1st Responders) Lets take a look at what our activity may have saved so far.

17 Where would Az DPS be if we did not practice good TIM procedures?
The national secondary crash rate was found to be 20% or more. If we had 25,049 crashes that would be an additional of 5,009 secondary crashes. (25,049 x .20 = 5009 Sec. Crashes) If 3.3% of those involved first responders that could have been 167 instead of 54! In addition that would have increased our overall crashes by 12%! Expend an additional 7000 hours investigating collisions (based on our average per collision) or the equivalent of about 4 full time officers. Remember: pennies take care of dollars!!!

19 AZ State Laws Two laws were added to increase the level of safety for persons on the highways. ARS Move off of the roadway if you are involved in a minor collision

20 State Laws ARS E “Move over Law” If a motorist is able to, they must move over when an emergency vehicle is stopped. 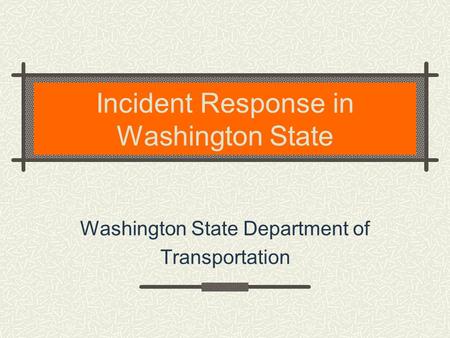 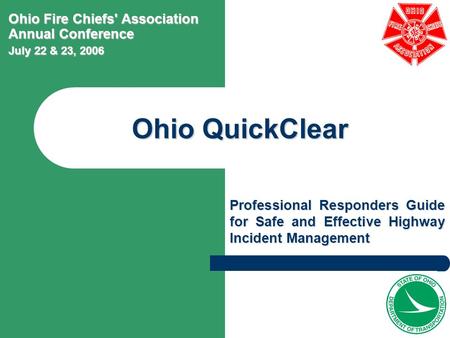 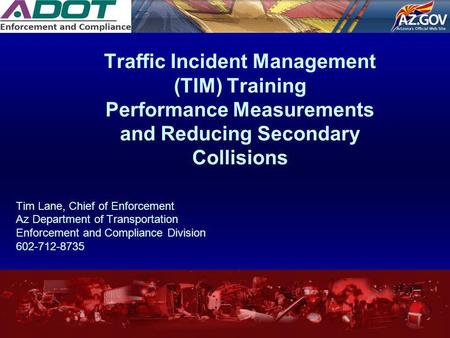 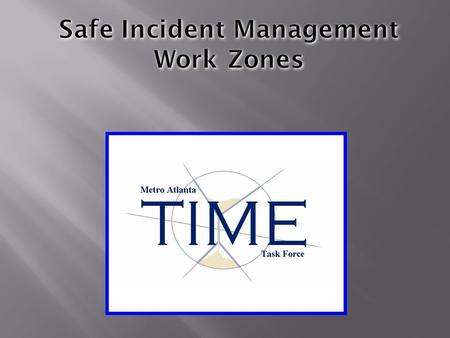 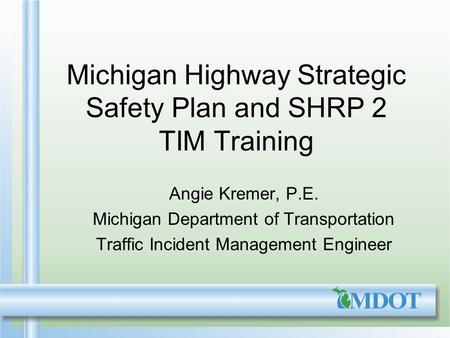 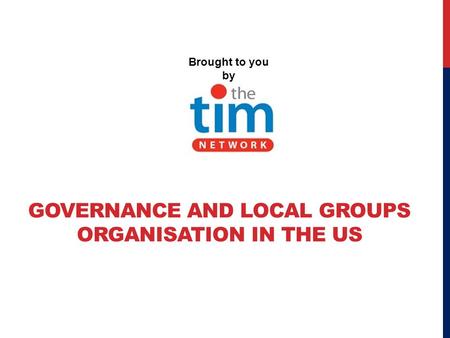 Brought to you by GOVERNANCE AND LOCAL GROUPS ORGANISATION IN THE US. 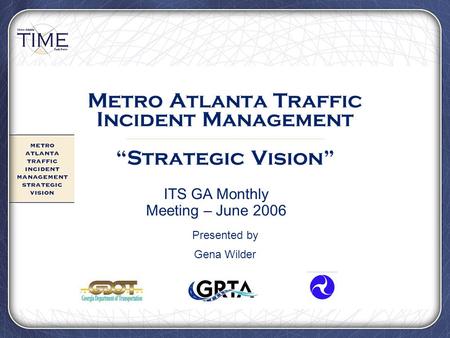 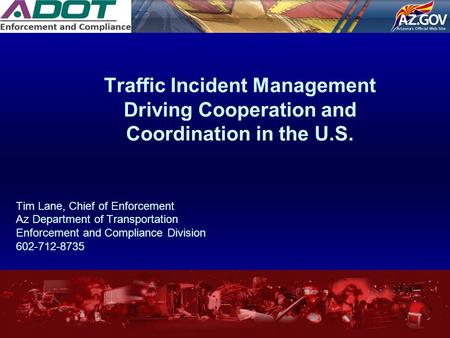 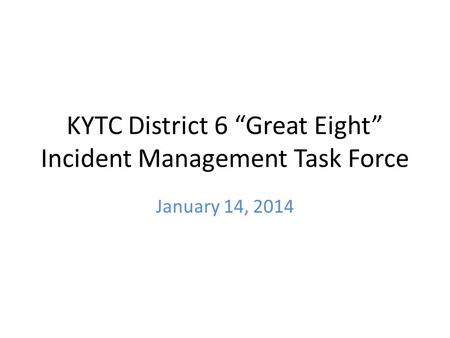 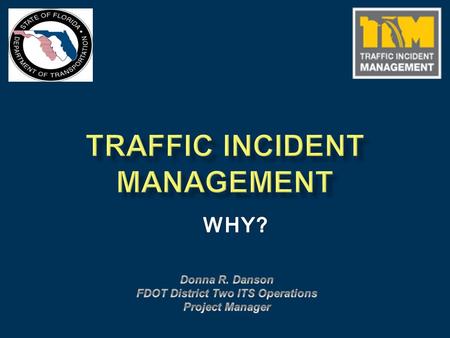 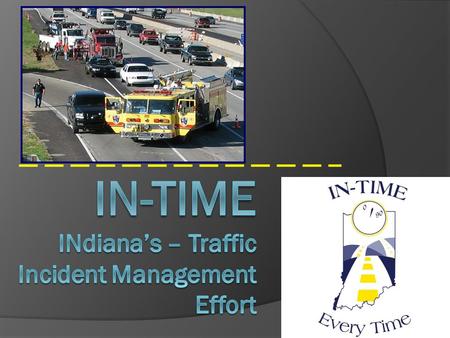 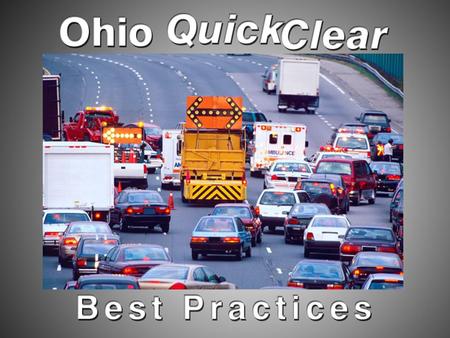 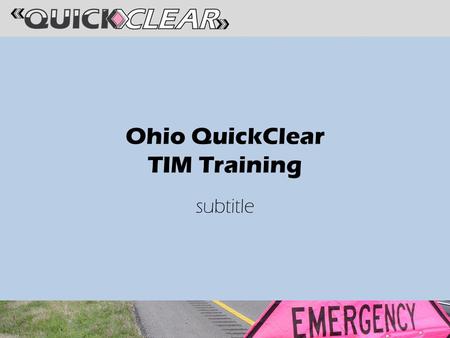 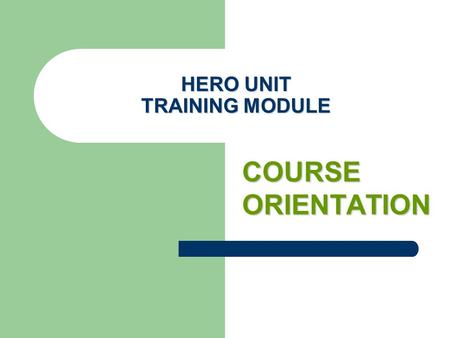 HERO UNIT TRAINING MODULE COURSE ORIENTATION. verview Overview This course is to serve as an overall orientation of the HERO certification training program. 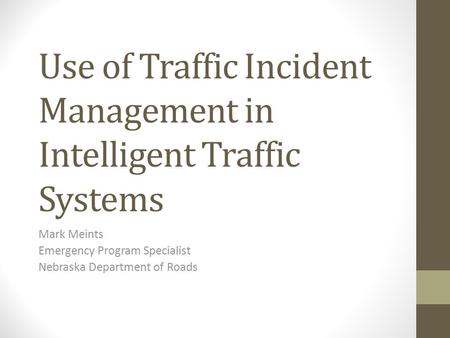 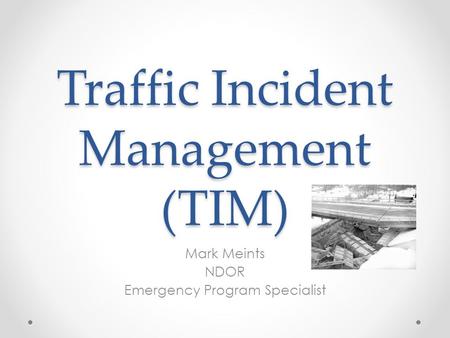 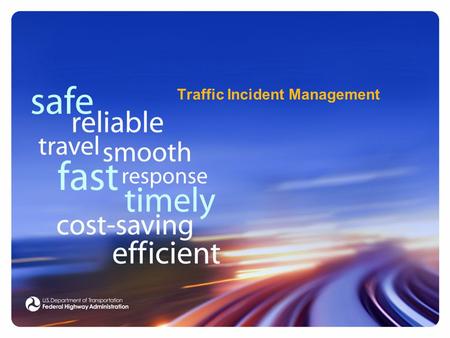 Traffic Incident Management. 2 Pop Quiz! Match the numbers on the following slide to these facts! Do you know? Number of law enforcement officers killed. 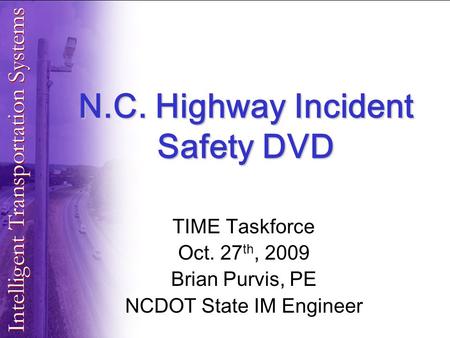 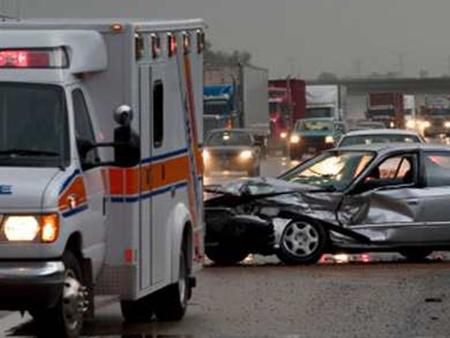 DRAFT.  Its Mandated for funding › Strategy, activity or project  It is a Guide › How to  It is a story › History (where we were) › Possible look. 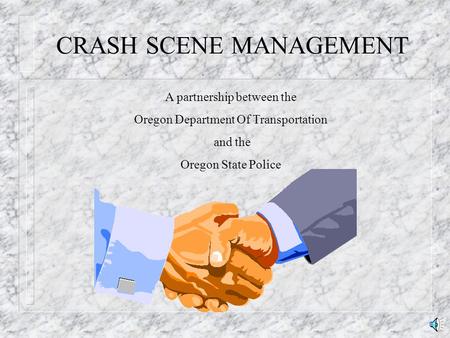 CRASH SCENE MANAGEMENT A partnership between the Oregon Department Of Transportation and the Oregon State Police.