2 Biography Elizabeth Stanton was born on November 12, 1815, in Johnston New York. Born to the daughter of a lawyer who preferred her brother over her, Stanton showed an early excel in intellectual and “male” professions back then. She graduated from the Emma Willard's Troy Female Seminary in 1832, and was immediately drawn to women’s rights. Stanton married Henry Stanton in 1840, who supported her in her trying to gain equal rights for women and men. Elizabeth Cady Stanton died on October 26, 1902.

3 Womens Rights During the civil war focused abolition but once the war was finished she focused on women's suffrage. She worked with Susan B. Anthony to create the group National Woman Suffrage Association (NWSA) First president of NWSA She called for women's voting to be amended by the congress Published “the Woman’s Bible” in which she critiqued religion that limited women, and brought considerable protest for the women suffrage movement

4 Abolitionist Most women's rights activist were also abolitionist but not all abolitionist are women's rights activists This movement really started in the 1830’s Northern regions were strongly against slavery an pushed abolition forward Southern regions of the united states depended on the free labor slaves provided. Without slaves the southern economy would be in a total crisis. This had been a very heated debate ever since this country was established

5 Contributions to Woman’s Rights When she was married in 1840 to Henry Brewster Stanton, she refused to “obey” him like other women She was the first women to be chosen as president for the Women’s National Suffrage Association She drafted the Seneca Falls Decoration She coauthored works such as The History of Woman Suffrage and The Woman’s Bible She was the author of a book called Eighty Years or More Gave lectures, mostly to women, on abolition Women’s parental and custody rights Property rights Employment and income rights Women’s right in divorce Birth control

6 Contributions to Slavery Supported her abolition husband during the World Anti-Slavery convention in London Her fight for the Anti Suppression of Women promoted non discrimination of all people, including slaves, sending a feeling of acceptance to her followers and instilling anti- slavery morals. Stanton was heavily scrutinized for many of her beliefs, and could relate to those who were not valued as slaves. 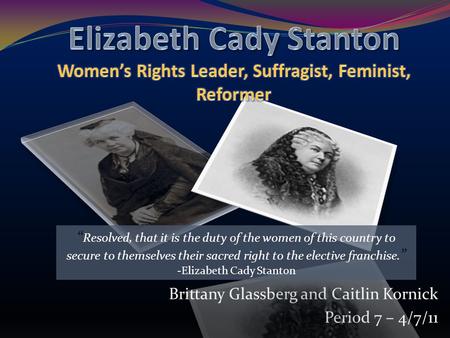 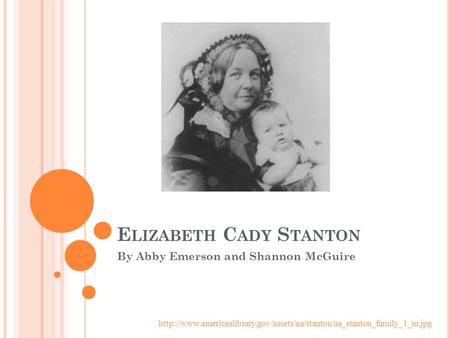 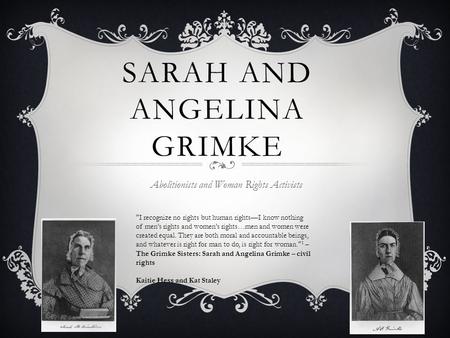 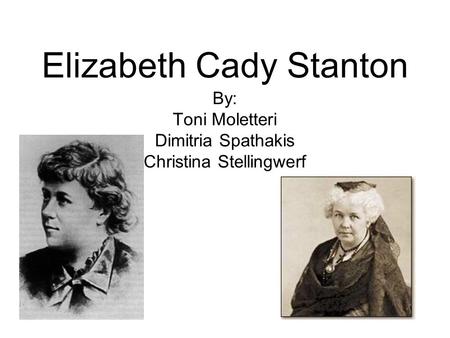 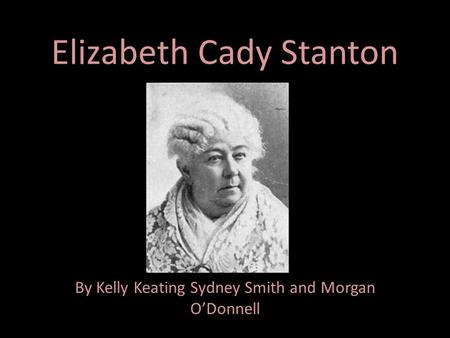 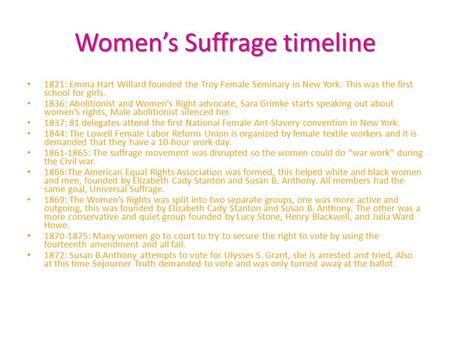