2 Induced EMF Revision of magnetism: Magnetic flux: The amount of field or number of field lines passing through a certain area. Measured in Webers (Wb). Magnetic flux density: The amount of magnetic flux per unit cross sectional area perpendicular to a field. Measured in Tesla (T). Force on a current carrying conductor in a magnetic field:F = BIL Force on a single moving charge in a magnetic field: F = Bqv (from the above, if v = L / t)

3 Moving a conductor through a B field Consider a conductor of length L moving through a magnetic field (strength B) at speed v. The electron is moving ‘down’ (so it effectively forms a current moving ‘up’). Fleming’s LHR tells us that the force on the electron is to the left. As a result of movement of electrons, opposite charges build up at either end of the conductor. xxxxxxxxxxxxxxxx L vB e

5 This gives the EMF induced across a single wire moving perpendicular to a uniform magnetic field. However if the motion is at an angle of less than 90° to the field then we only use the component of the field perpendicular to the motion... ε = BLv ε = EMF generated across wire (V) B = magnetic flux density (Tesla) L = length of conductor in field (m) v = velocity of moving conductor (ms -1 ) This voltage supplies an EMF (ε) to an external circuit. So... ε = B sinθ Lv θ v B

9 Faraday’s law Michael Faraday discovered electromagnetic induction in 1831. Faraday’s law states... so... Note: Negative sign is a result of Lenz’s law. The induced EMF in a circuit is equal to the rate of change of flux linkage in a circuit. ε = - dN ϕ dt

14 Conclusion: Explain the shape of this graph in as much detail as possible.

15 - Flux through coil is changing so EMF induced. - Rate of change of flux is increasing as magnet speeds up so EMF is increasing. - When magnet in central position there is no change in flux so EMF is zero for an instant. - As magnet exits, Lenz’s law tells us that the current must flow in the opposite direction so as to oppose motion.  reversed EMF - Max induced EMF occurs on exit because magnet is moving fastest. - t 2 is smaller due to greater speed.

16 Electromagnetic Induction Braking Induced currents are used in electromagnetic induction braking in vehicles: - An electromagnet is switched on next to the rotating non-magnetic metal disk. - The disk cuts through the B field, inducing EMFs and currents within the disk. - Currents flow between the edge and centre of disk. Energy is then lost as heat or the EMF can be used to charge batteries. 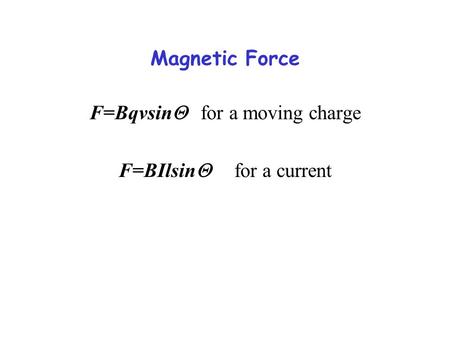 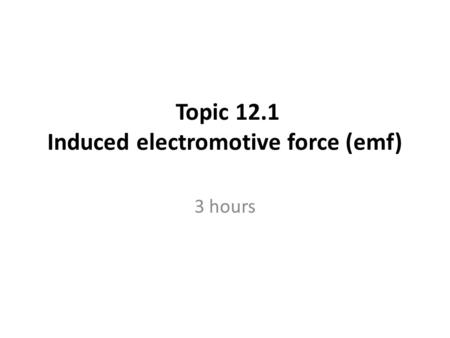 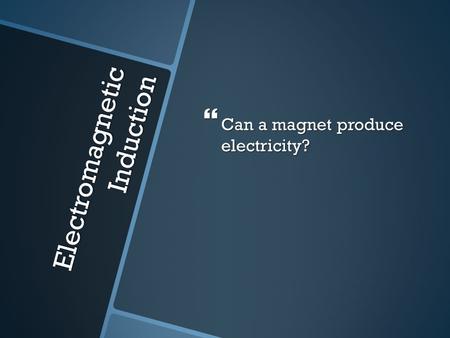 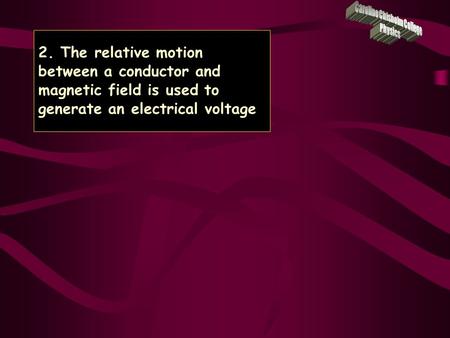 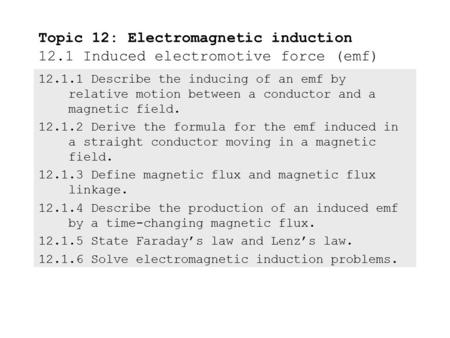 Describe the inducing of an emf by relative motion between a conductor and a magnetic field Derive the formula for the emf induced in a. 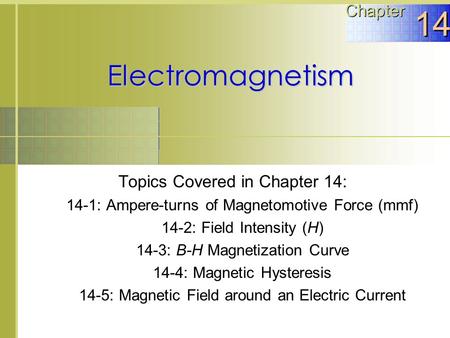 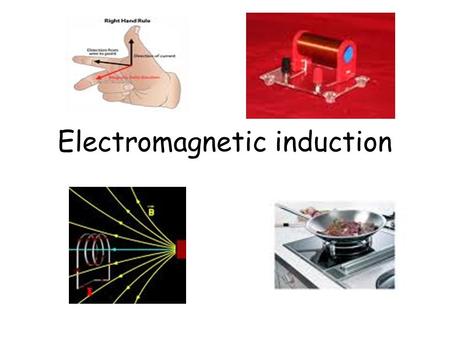 Electromagnetic induction. Important factors in inducing currents 1.An emf is induced if the coil or the magnet (or both) move (change in flux). 2.The.