6 How do cohort gradution rates compare to previously rates?  Oregon’s previous rate was the National Center for Education Statistics (NCES) graduation rate, based on a single year of dropout and graduation data:  It did not take into account other student outcomes. –For example, modified diplomas were not included anywhere in the rate. Cohort rates include modified diplomas as non-graduates. 6

10 10 Federal Policy  The U.S. Department of Education has required that states develop cohort graduation rates by the 2010-11 school year.  Cohort rates must be included on 2010-11 school report cards.  Disaggregated cohort rates must be used in 2011-12 AYP determinations.  Federal regulations and guidance are detailed and prescriptive. Oregon has followed these regulations in developing our cohort graduation rate calculations.

14 14 What are the possible student outcomes? All students are assigned an outcome: 1.Graduate: regular high school diploma. 2.Exempt: Transfer, move to home schooling, emigrate, or are deceased. 3.Other Completers: Received an Adult High School Diploma, Modified Diploma, Extended Diploma, GED, or Alternative Certificate. 4.Continuing enrollment in the following year. 5.Completed four/five years without a credential and did not return. 6.Withdrew from school prior to the end of the four/five-year window.

15 15 How is subgroup membership determined?  Race/Ethnicity/Gender –Based on student outcome record (or last enrollment record).  Students with disabilities, economically disadvantaged, limited English proficient, migrant, TAG –Based on whether the student was classified in these subgroups at any time during high school 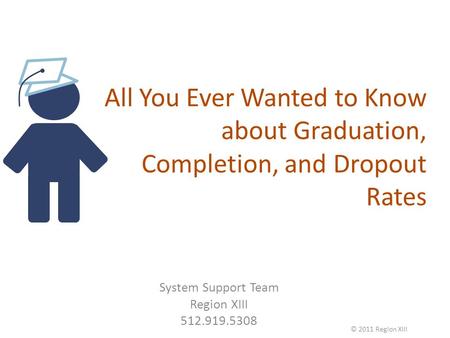 All You Ever Wanted to Know about Graduation, Completion, and Dropout Rates System Support Team Region XIII © 2011 Region XIII. 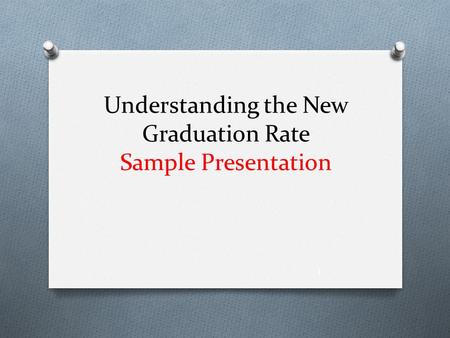 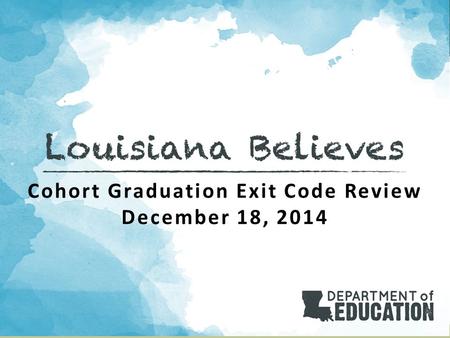 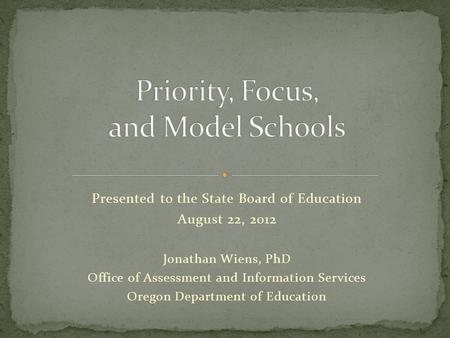 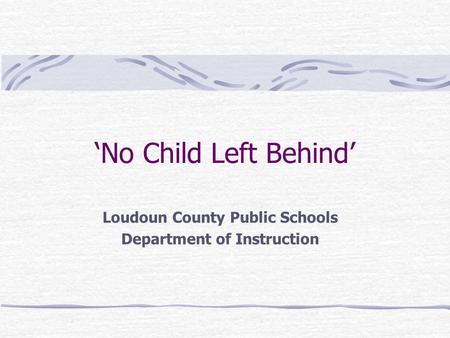 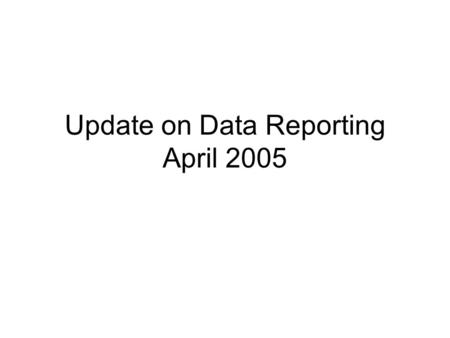 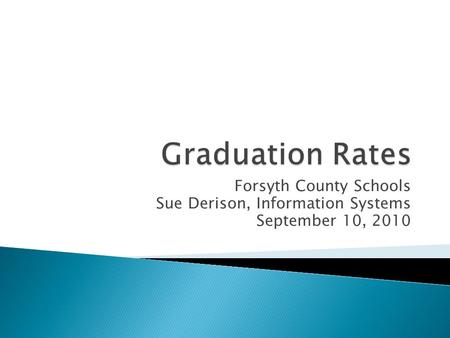 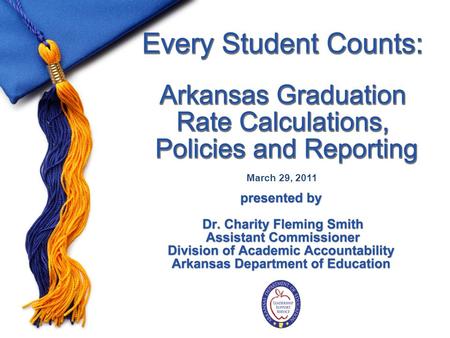 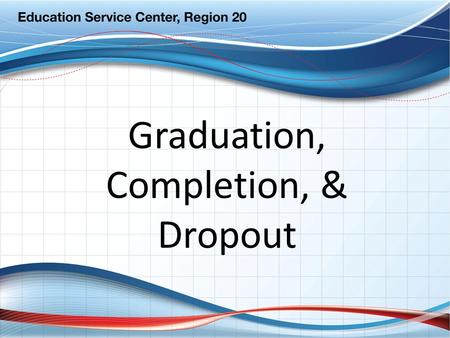 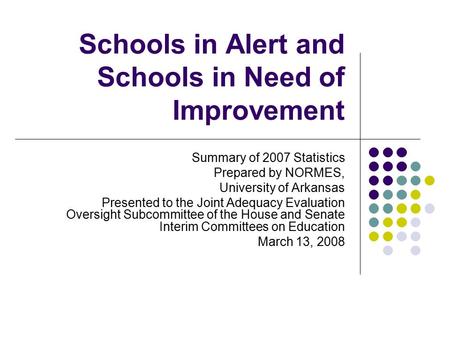 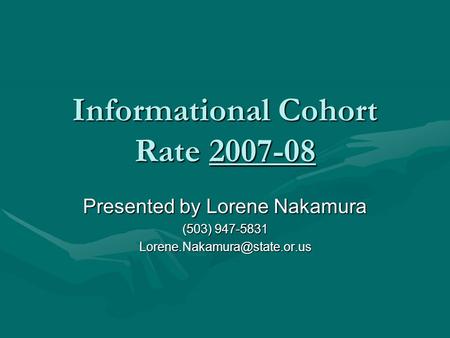 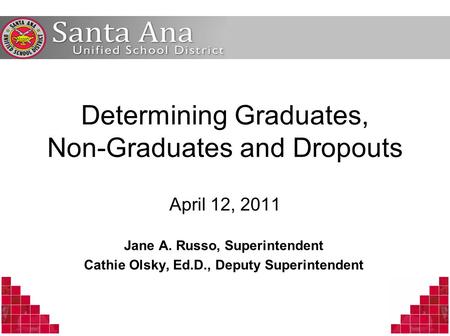 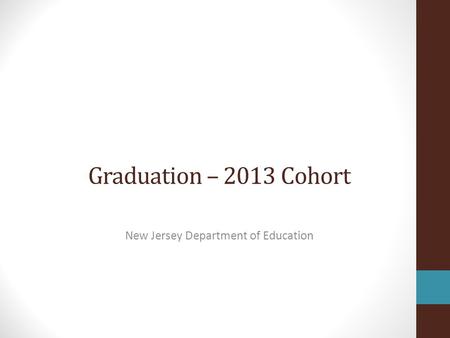 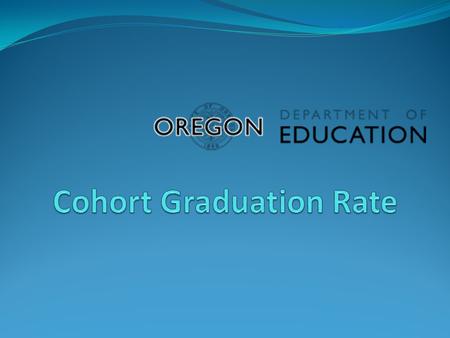 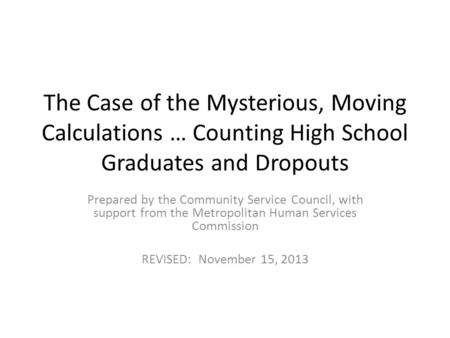 The Case of the Mysterious, Moving Calculations … Counting High School Graduates and Dropouts Prepared by the Community Service Council, with support from. 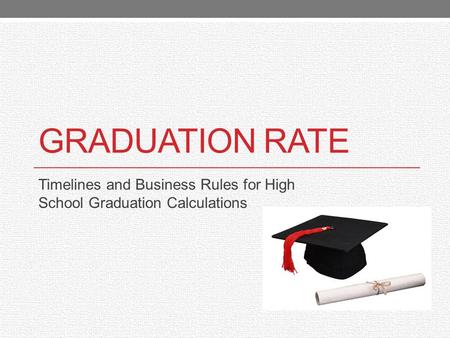 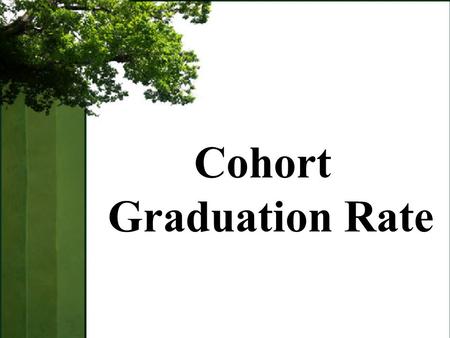 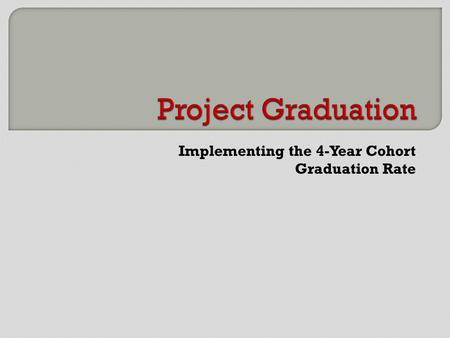 Implementing the 4-Year Cohort Graduation Rate. Projected Four-Year Dropout Rate – A measure of the cumulative proportion of the 9 th grade class that. 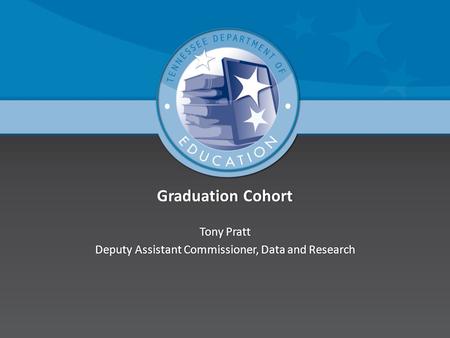 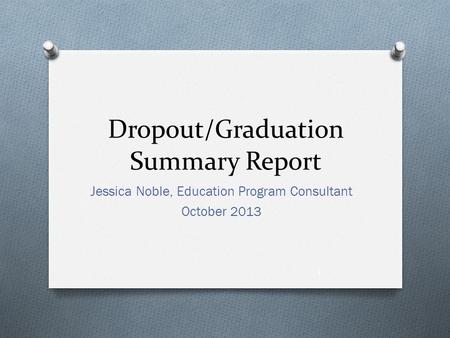