8 FH -> MH: Snoop_data() Out of sequence packet not cached  Forward to MH  Mark it as retransmitted by sender

14 Data Transfer from MH -> FH NACK's sent from BS to MH when  Threshold number of packets from a single window have reached  No new packets from MH for certain time *- Based on TCP SACK.

17 Routing Protocol - Beaconing Each BS periodically broadcasts beacons MH keeps track of these to determine current location and motion MH identifies nearby BSs, determines which cell to join and handoff (based on signal strength, communication quality)‏

21 Timer based retransmissions Smoothed round trip time srtt = (1- a)*old_srtt + a * curr_rtt If no ACK in 2 * srtt -> retransmit Persist Timer If there are unacknowledged packets and no activity either from sender or receiver for 200ms Also sets no. of expected DUPACKS to zero and updates next expected ACK 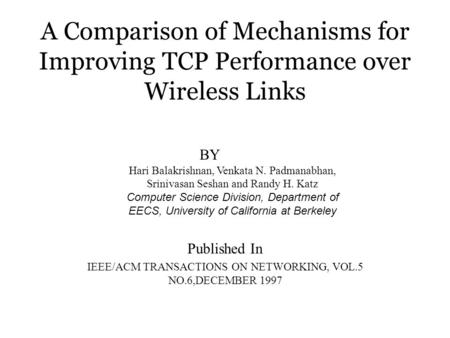 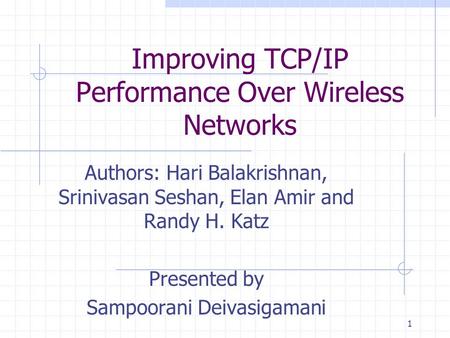 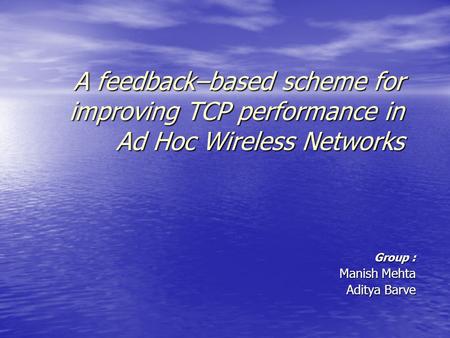 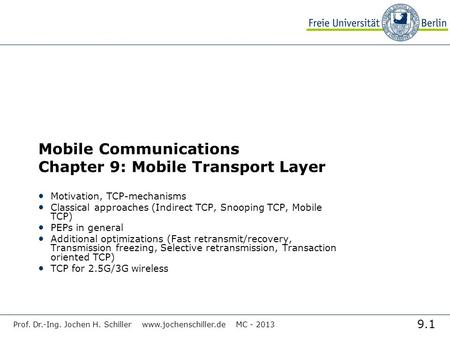 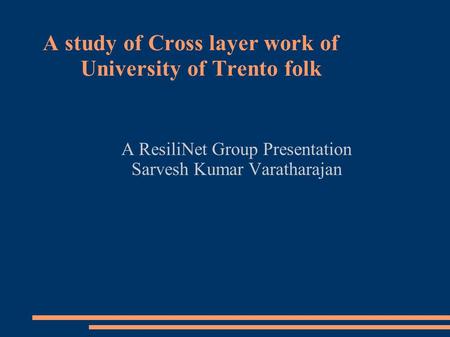 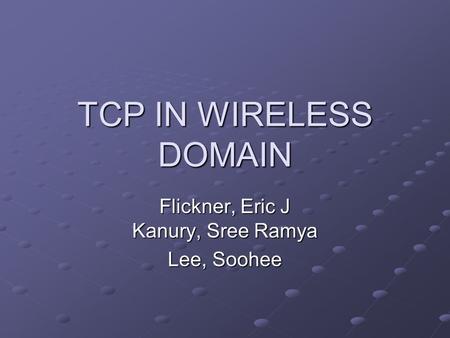 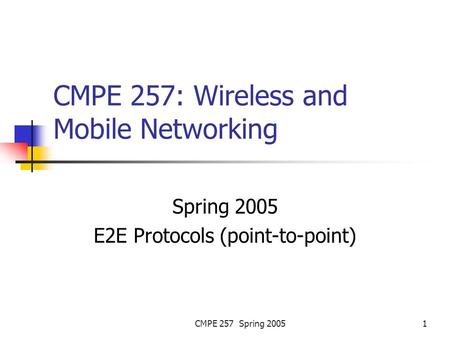 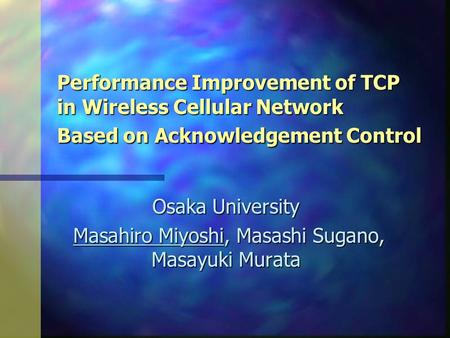 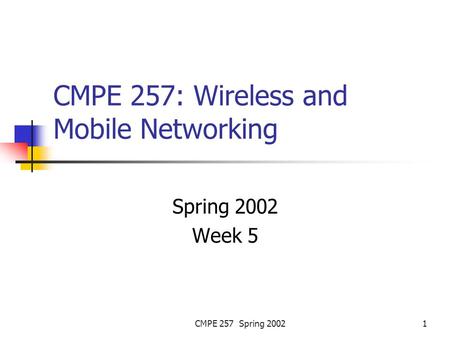 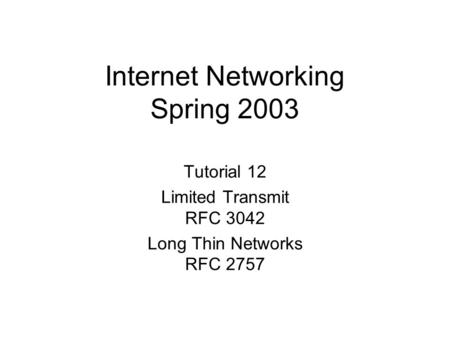 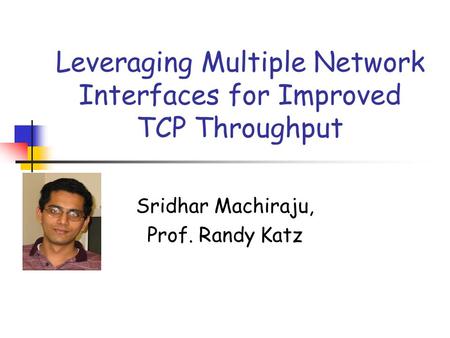 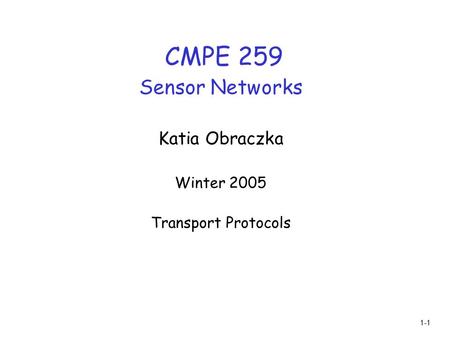 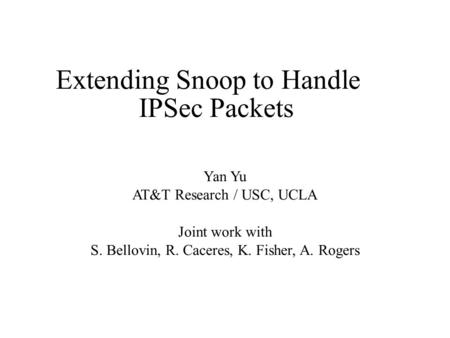 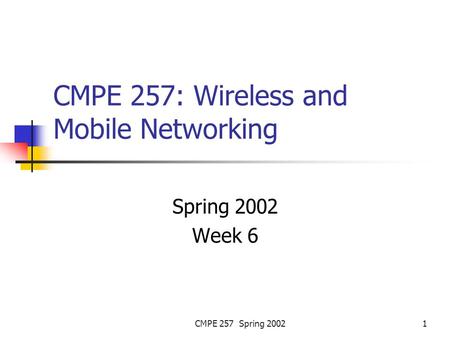 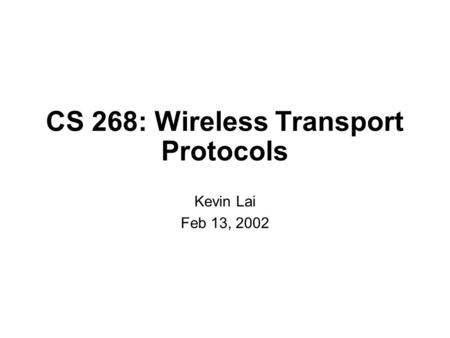 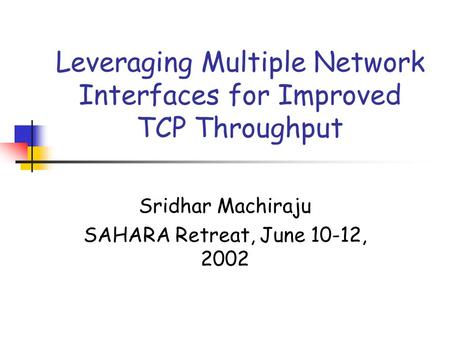 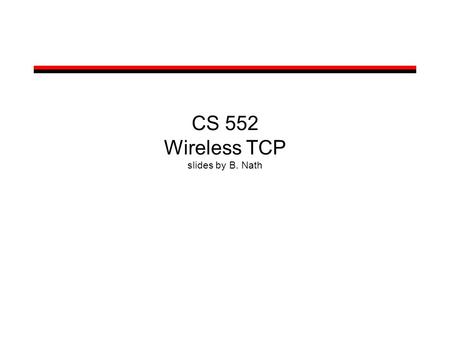 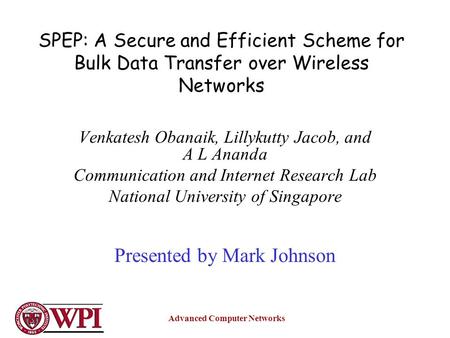 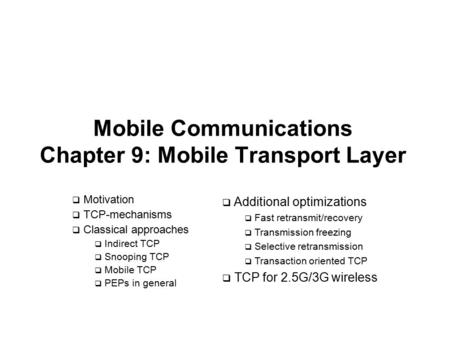