3 Section 2: The Electromagnetic Spectrum
EM waves can have a wide variety of frequency and wavelength ranges The whole range of frequencies and wavelengths is called the electromagnetic spectrum Various portions of the Electromagnetic spectrum interact with matter differently These portions of the spectrum have different names Relationship between frequency and wavelength Remember, the formula for the speed of a wave is: The speed (V) of any EM wave is constant V = 3.0 x108 m/s Also called the speed of light, and symbolized by the letter “c” So, the speed of an EM wave = V = c = 3.0 x108 m/s The speed equation becomes: “c” is constant, so if the frequency of an EM wave changes, its wavelength will also change Radio Waves Micro- waves Infrared Visible Light Ultraviolet X- rays Gamma Rays Long wavelength Low frequency Low energy Short wavelength High frequency High energy

5 Section 3: Radio Communication
Radio and Television Communication Radio Each radio broadcaster is assigned a specific frequency at which to transmit The EM wave that vibrates at this frequency is the carrier wave The carrier wave is modified on or two ways in order to send information Amplitude modulation (AM) – the amplitude of the wave is varies Frequency modulation (FM) – the frequency of the wave varied A radio detects the variation in the wave’s amplitude or frequency and converts them into an electronic signal Television TV is very similar to radio transmissions At a TV station, sound and image are converted to electronic signals The sound is sent by FM signals The image information is sent by AM signals

6 Section 4: Quantum Physics
We have been talking about electromagnetism is terms of waves. Two issues that do not fit the wave model The wave model cannot account for the spectrum of light emitted by hot objects (like stars) The photoelectric effect – the emission of an electron from a metal surface when subjected to ultraviolet radiation. In an effort to explain these two issues, physicists developed the quantum theory Quantum Physics – a branch of science that deals with discrete, indivisible units of energy called quanta Five main ideas in the Quantum Theory: Energy is not continuous, but comes in small, discrete units The elementary particles behave both like particles and like waves The movement of these particles is random It is physically impossible to know both the position and the momentum of a particle at the same time. The more precisely one is known, the less precise is the measure of the other Remember, ρ = mv, so in order to determine the position of a particle we have to “stop” it, and then we lose any information about the particle’s momentum. And, as long as the particle is moving we cannot determine its position This is the Heisenberg Uncertainty Principal The atomic world is nothing like the world we know

7 Section 4: Quantum Physics
Quanta In the late 1890s, the German scientist Maxwell Planck was doing research on black body radiation A black body is an object that is extremely hot and can only emit radiation through a very small point Planck measured the amount of light (energy being absorbed or emitted by the black body , and determined that the light is absorbed or emitted in bundles that he called quanta Planck discovered that there was a limit to the amount of change in energy an atom can experience. That change is limited to the absorption or emission of one photon Through research Planck was able to calculate the energy of a single photon using the equation: E = hf, where: E = energy (Joules), f = frequency (/s), and h = Planck’s constant = x J٠s

8 Section 4: Quantum Physics
Wave/particle duality One of the most famous experiments in Physics is the Double Slit experiment. This experiment is important because it demonstrates the dual nature of light The setup is simple: there are two partitions, one with one slit and the other with two slits. Beyond the second partition is a photosensitive screen. The experiment is run twice. The first time the light source can be a light bulb. In this case, light is behaving like a wave. Some of the light passes through the first partition and continues onto the second partition. After passing through the two slits, the light waves constructively and destructively interfere creating a pattern of light and dark stripes on the photosensitive screen. This result is not unexpected as constructive interference would create bright bands where the light is most intense and destructive interference forms the dark bands (no light). Photosensitive Screen

9 Section 4: Quantum Physics
Wave/particle duality (continued) The experiment is run a second time, and the only difference is the light source is a laser that emits one photon (particle) of light at a time The photon passes through the slit in the first partition and travels to the second partition where it passes through both slits. (Think about it, one particle passing through two different, separated, openings at the same time) The photon then travels to the photosensitive screen. When enough photons have traveled through the setup an interference pattern exactly like the one created by the light bulb forms. The only way that such an interference pattern can form is if each photon travels through both slits in the second partition. Sensors located at both slits in the second partition detect a single photon at both slits at the same time. That is very weird! Photosensitive Screen Laser 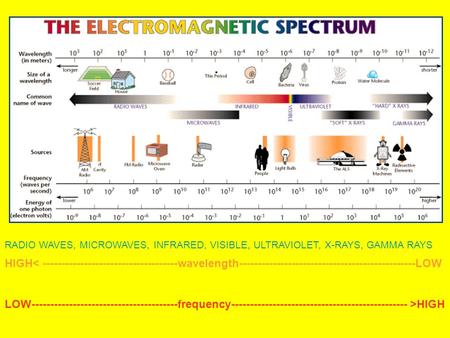 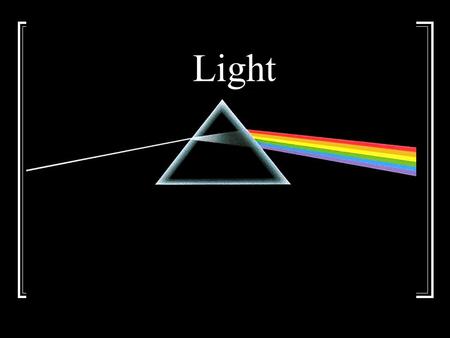 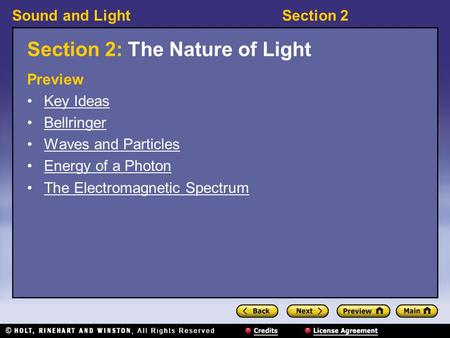 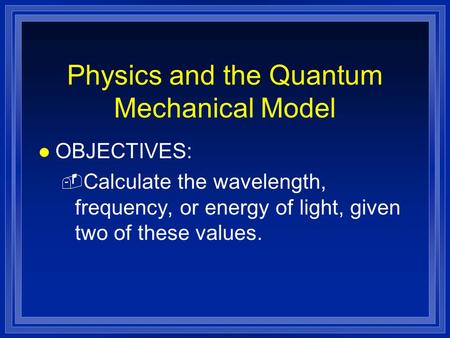 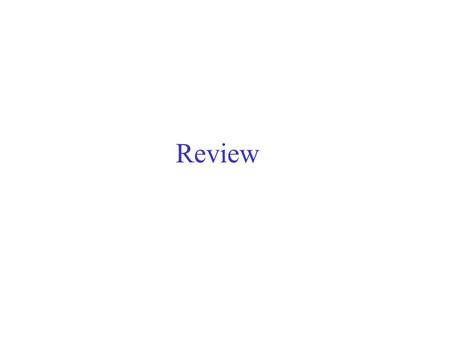 Review. The Wave Nature of Light Important: When a light wave travels from one medium to another, its frequency does not change, but its wavelength does. 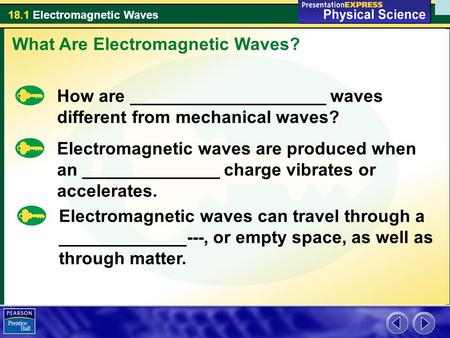 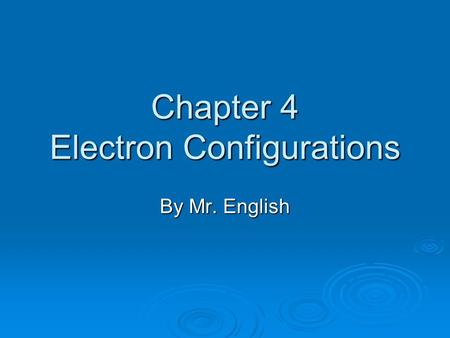 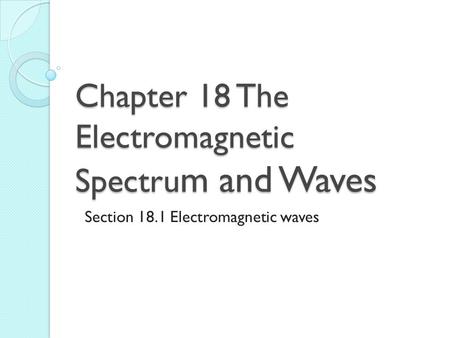 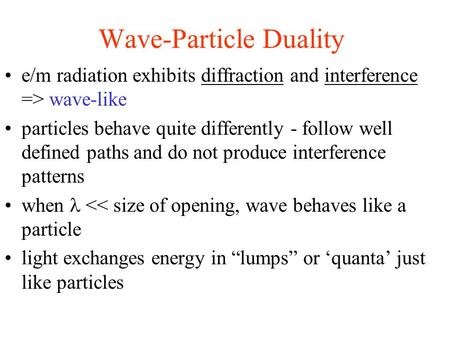 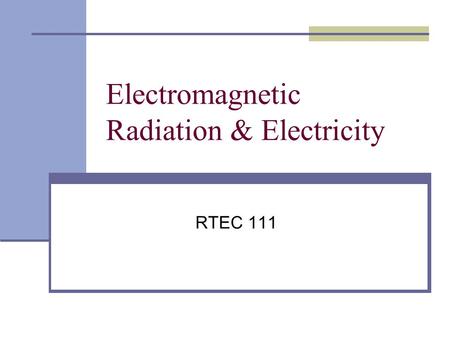 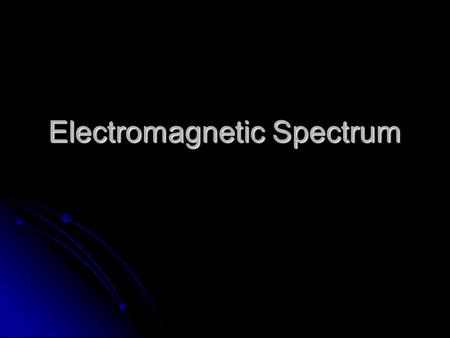 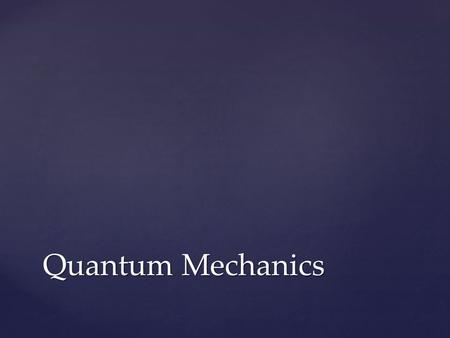 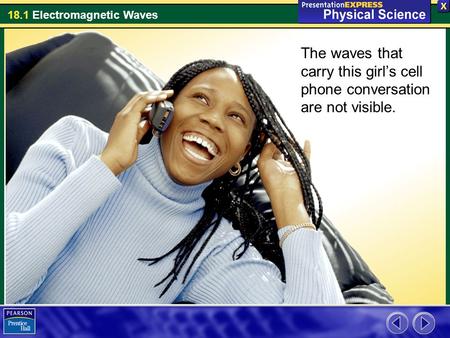 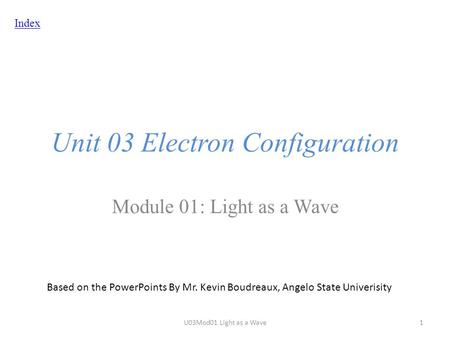 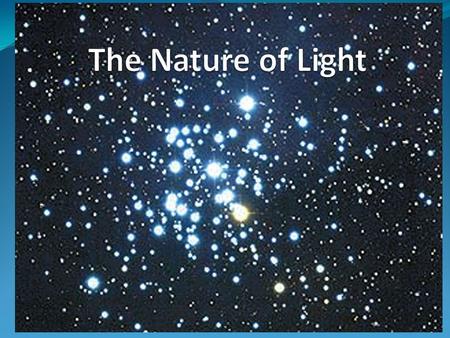