2 Important questions about the structure of an organic compound
How are the atom arranged? The carbon skeleton-cyclic or acyclic? Aromatic or not? Saturated or unsaturated? What functional group/s are present? What elements are in a compound and in what proportions?

4 Principles of Spectroscopy
The relationship between the energy of light and its frequency, speed and wavelength. E = hν or E= hc/λ

8 Chemical Shifts 1H nuclei in a particular organic compound may differ in their electronic environments, therefore show peaks at different chemical shifts measured in δ (delta) units from the reference peak. Which is TMS (tetramethylsilane (CH3)4Si The chemical shift is independent of the instrument on which it is measured. Chemical shift = δ = distance of peak from TMS, in Hz ppm spectrometer frequency in MHz

9 Peak Areas Different kinds of 1H nuclei will give different peaks. The relative number of equivalent 1H nuclei are proportional to their peak area. The relative ratios of peak areas is captured in the integration of the spectrum.

11 13C NMR Spectroscopy 13 C NMR spectroscopy provides information about the carbon Skeleton of the compound. The abundant ordinary 12C isotope does not have a nuclear spin However the 13C, which has 1.1% natural abundance has a nuclear spin. Typical chemical shift range for 13C is 0 ppm to 200 ppm downfield from TMS

15 Splitting in 13C NMR Due to low natural abundance of 13 C, the chance of finding two adjacent 13C atoms in the same molecule is small. Hence 13C-13C splitting is ordinarily not seen. However, 13C-1H spin-spin splitting can occur, but the 13C spectrum is usually run such that this splitting do not appear (called a proton decoupled spectrum)

22 How can these isomeric compounds be distinguished using IR spectroscopy

29 Clicker Question Which of the following aromatic compounds do you expect to absorb at longer wavelengths? 1 2

30 Problem 12.15 Naphthalene is colorless, but its isomer azulene is blue. Which compound has the lower energy pi-electron transition? 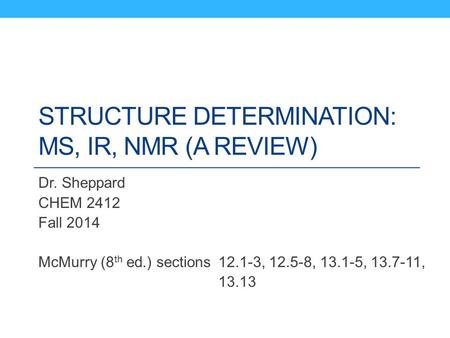 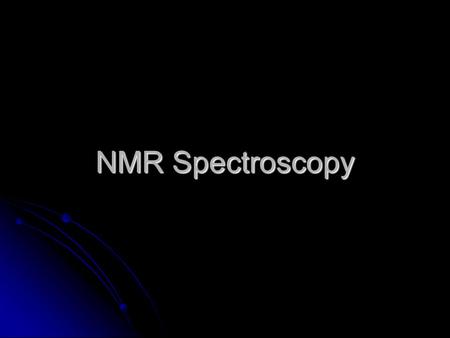 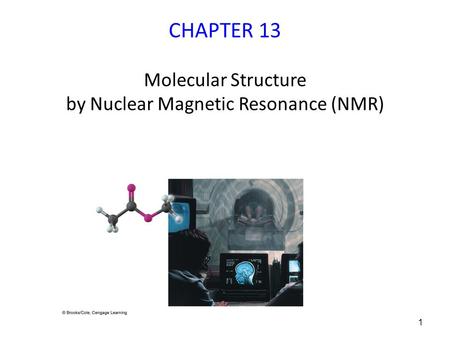 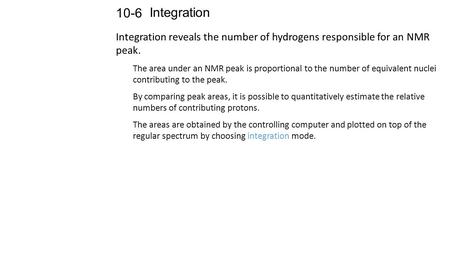 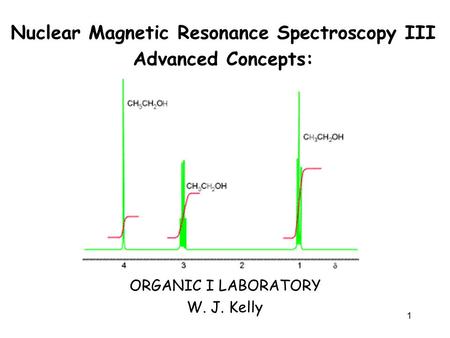 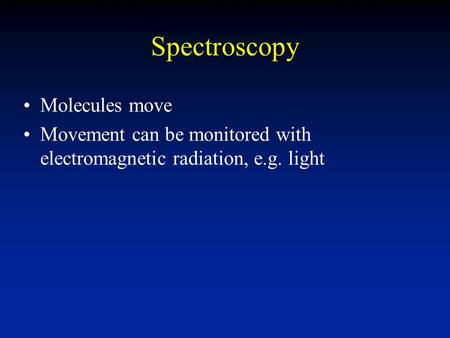 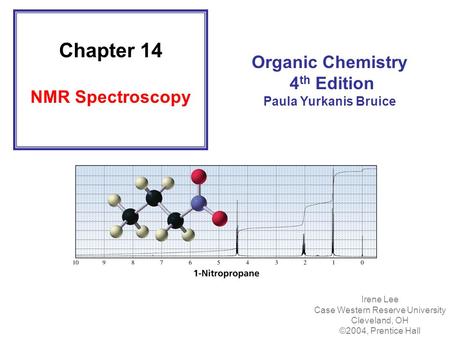 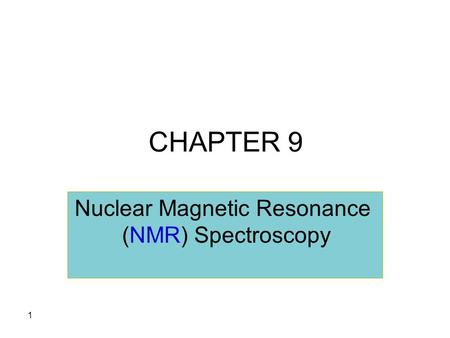 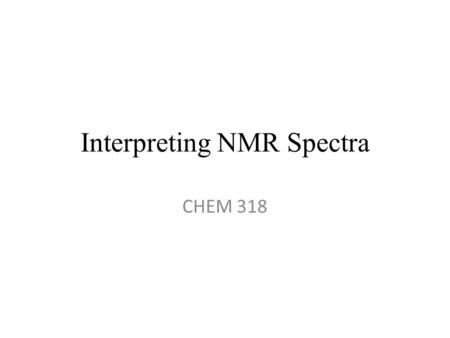 Interpreting NMR Spectra CHEM 318. Introduction You should read the assigned pages in your text (either Pavia or Solomons) for a detailed description. 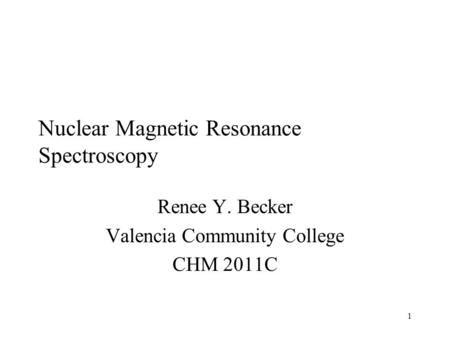 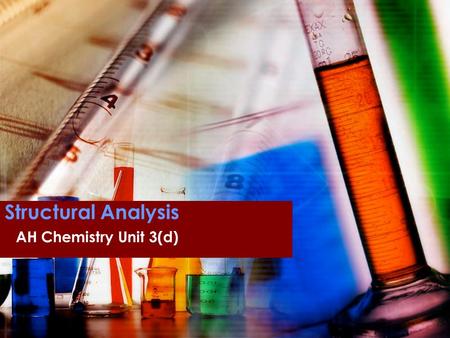 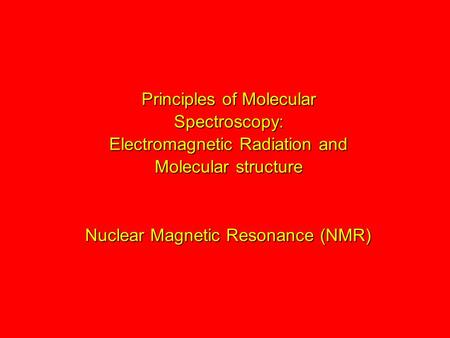 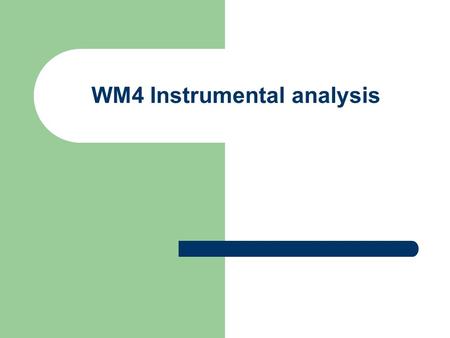 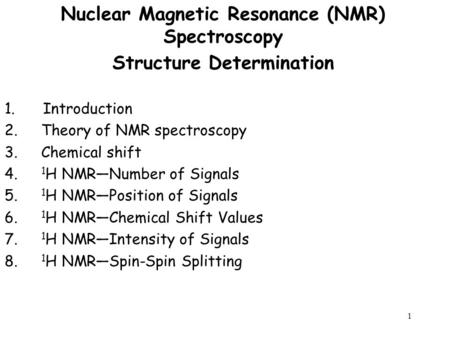 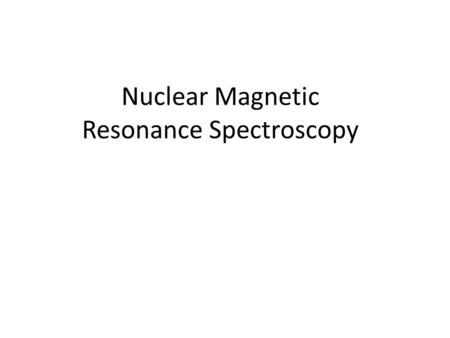 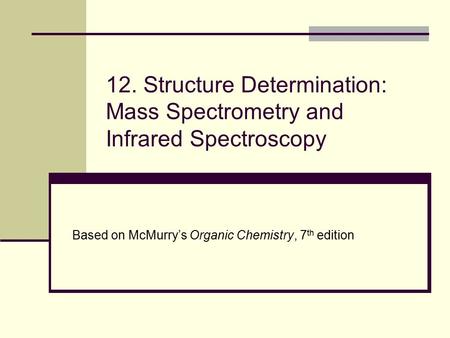 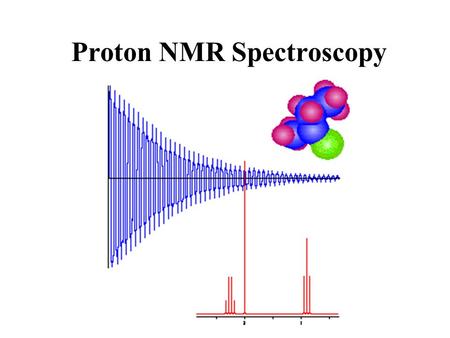 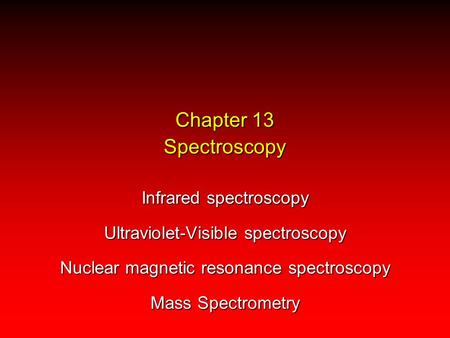 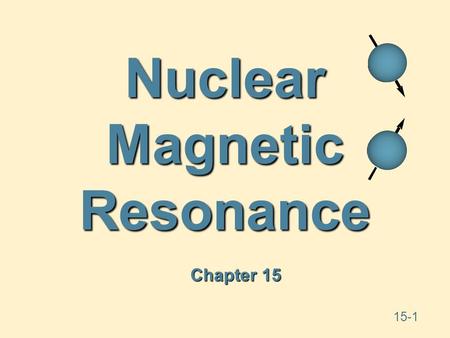 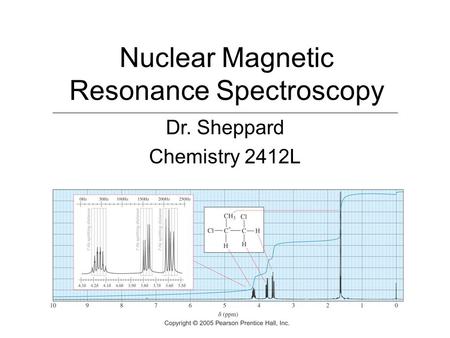