4 America’s Initial Response
Most wanted to stay neutral Protect trade/investments – didn’t want to make enemies and risk losing money Wilson promised to keep U.S. out of the war 1st & 2nd generation immigrants more personally connected than others Because of increasing press coverage and their dislike of Germany’s autocratic system, most Americans sided with Allies

8 The Breaking Point On May 7th, 1915, a U-boat sank the Lusitania (a British passenger ship), which had 1,200 passengers on board (128 Americans) Wilson demanded Germany stop its “unethical warfare”  Germany promised to stop sinking passenger ships without warning BUT Germany continued firing on ships, including the Sussex (a French passenger ship) on March 24th, 1916

9 Once again, Wilson responded, threatening to cut diplomatic ties with Germany if the attacks continued Germany signed the “Sussex Pledge,” again promising not to attack ships without warning (1916) By this point, neutrality was fading, the preparedness movement was gaining support, and the U.S. was loaning money to the Allies

11 The U.S. Declares War President Wilson proposed a resolution for war to Congress First passed in the Senate (82-6), then in the House (373-50) Wilson signed the war resolution on April 6, 1917

12 End of the War Jan. 18, 1918: Wilson proposes his Fourteen Points:
(First 5 were ways to prevent another war) No secret treaties among nations Freedom of the seas for all Tariffs lowered or abolished to encourage trade Disarmament “to the lowest point consistent with domestic safety” Colonial policies that consider the needs of the colonial & native people

13 6-13. Self-determination of national boundaries – groups could decide to form their own nation or belong to another (e.g. Bosnia) Creation of the League of Nations (international diplomatic organization) June 28, 1919: Treaty of Versailles is signed 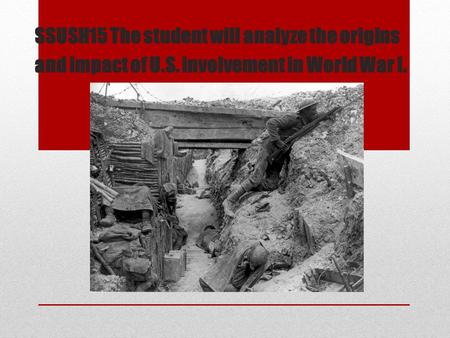 SSUSH15 The student will analyze the origins and impact of U. S 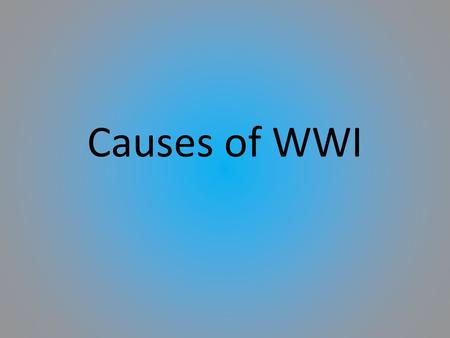 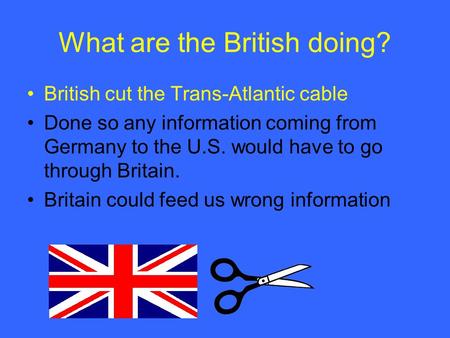 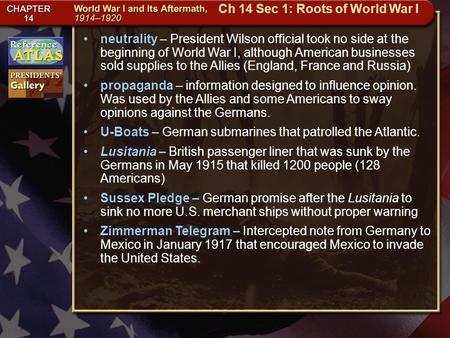 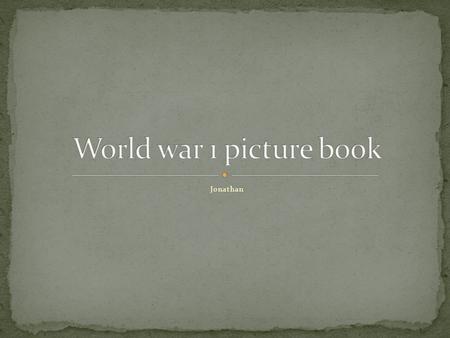 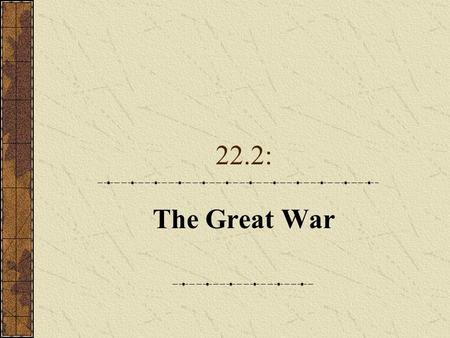 22.2: The Great War. A. The Guns of August 1.Competition between Britain and Germany had led to competing camps of alliances. a.The Triple Alliance (Central. 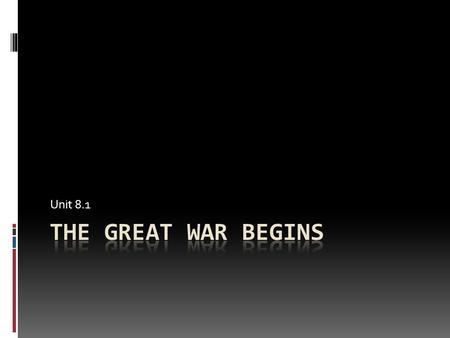 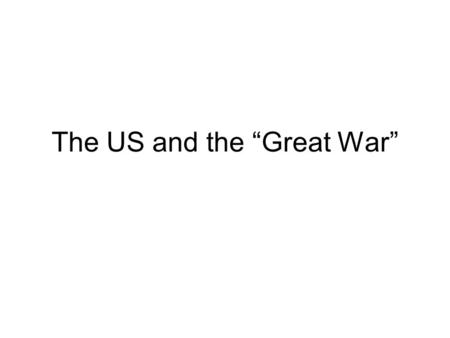