Presentation on theme: "How the Bible Came to Us The King James Only Controversy."— Presentation transcript:

3 A Good Quote on the KJV “It is probable...that our Authorized Version is as faithful a representation of the original Scriptures as could have been formed at that period. But when we consider the immense accession that has been made, both to our critical and philological apparatus; when we consider that the most important sources of intelligence for the interpretation of the original Scriptures were likewise opened after that period, we cannot possibly pretend that our Authorized Version does not require emendment” (Herbert March, Lady Margaret Professor of Divinity at Cambridge and later Bishop of Peterborough, as cited in Wegner, p. 314).

4 A Quote from the Preface to the AV 1611 “Truly, (good Christian Reader) we never thought from the beginning, that we should need to make a new Translation, nor yet to make of a bad one a good one...but to make a good one better, or out of many good ones, one principal good one, not justly to be excepted against; that has been our endeavor, that our mark” (as cited in The King James Only Controversy by James R. White, p. 74). Ironically, the AV translators were facing the same criticism as translators of more recent versions today!

5 The Spectrum of KJV Only Advocates Group #1 – “I like the KJV best” –Believes that the KJV is the best single English translation available today, but would not deny the possibility of a better translation being made. Group #2 – “The Textual Argument” –Believes that the Greek and Hebrew mss underlying the KJV are superior to other text types. –Some in this group argue for the Majority Text, others for the Textus Receptus.

6 The Spectrum of KJV Only Advocates Group #3 – “Received Text Only” –Maintains that the TR was either inspired or supernaturally preserved over time, and hence maintained in an inerrant condition. –Does not necessarily believe that the KJV is an inspired translation, and would allow for an improved translation of the TR. Group #4 – “The Inspired KJV Group” –Believe that the KJV itself is inspired and therefore inerrant; many would also believe that the TR is inspired and inerrant as well. –Most KJV Only advocates fall into this group. –The King James Bible Alone = The Word of God Alone

7 The Spectrum of KJV Only Advocates Group #5 – “The KJV as New Revelation” –The most radical of the groups on the spectrum. –In essence, maintains that God “re-inspired” His Word for the AV 1611, rendering it into the English language. –Thus, when necessary, the original Greek and Hebrew should be corrected when they disagree with the AV! –Advocates of this position are quick to characterize anyone who disagrees with their position as a “Bible hater” and even suspect some kind of demonic activity within such a person’s heart. –Cannot be reasoned with.

8 Three KJV Only Advocates Dr. Edward F. Hills –Presbyterian author of The King James Version Defended. Mrs. Gail Riplinger –Author of New Age Bible Versions (1993), which sees all English translations since the AV as “moving mankind to the Antichrist’s one world religion.” Dr. Peter Ruckman –The best known advocate of KJV Onlyism in the US; author of dozen of books and head of the Pensacola Bible Institute.

9 Next Time: Recent Translations of the English Bible

Download ppt "How the Bible Came to Us The King James Only Controversy." 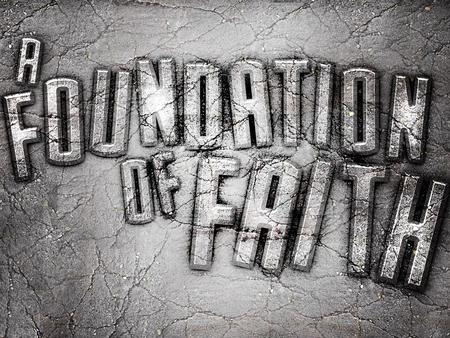 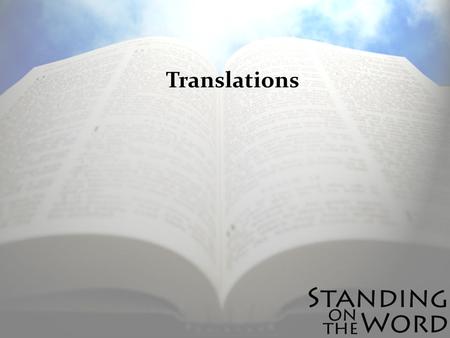 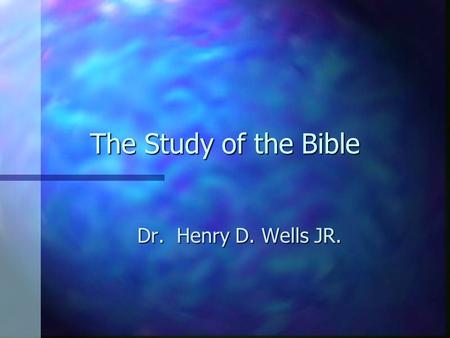 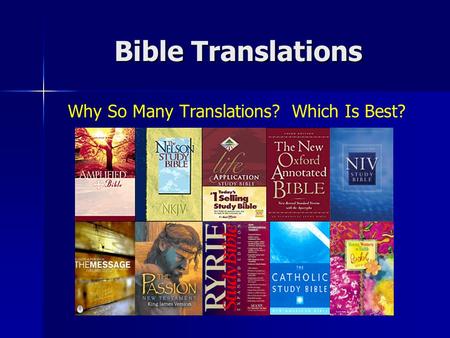 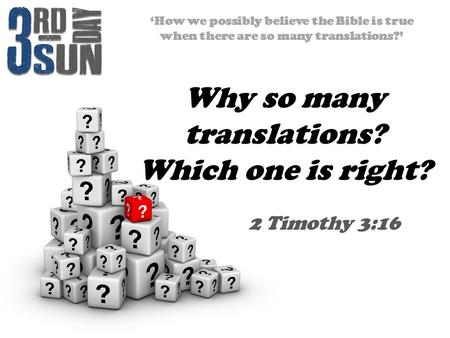 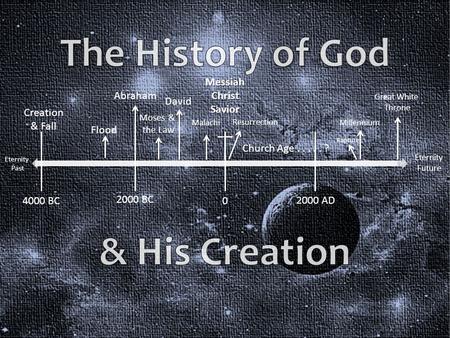 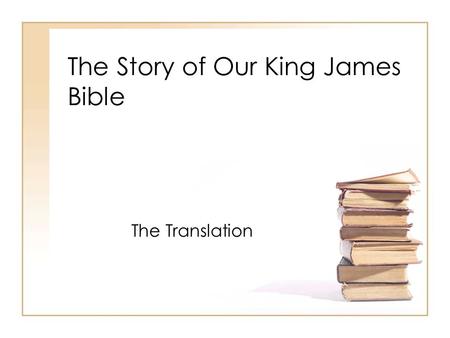 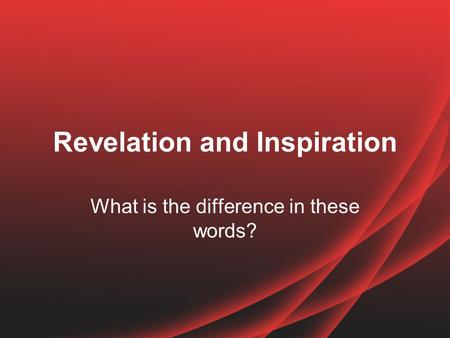 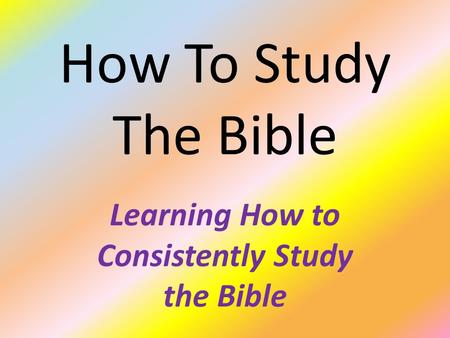 How To Study The Bible Learning How to Consistently Study the Bible. 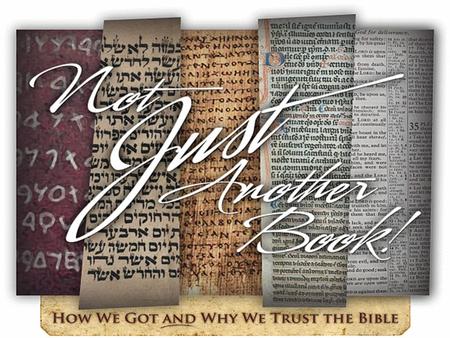 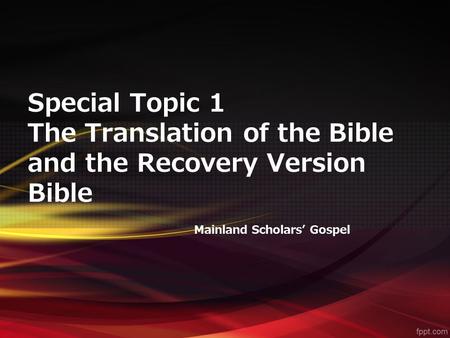 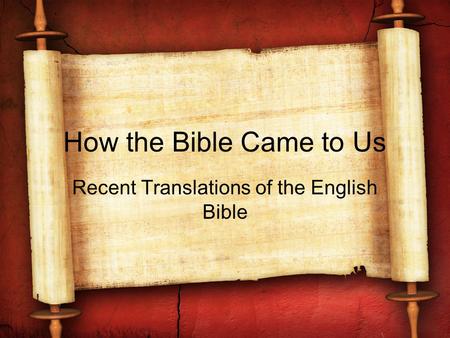 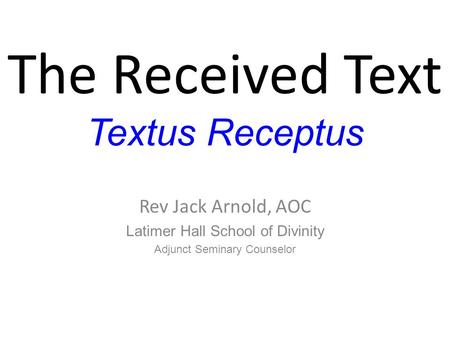