1 NVSC U10G Team # <number>: <team name>
Coaches – <coaches’ names> h) <contact number> c) <contact number> < > GAME SCHEDULE Always bring both jerseys to games! (wear a cami underneath to switch easily) GIRLS We play on Field # <field number> Snacks should be fruit at halftime and a drink and snack at the end of the game (please bring enough for 15 kids). Please make your own arrangements with other parents if you need to switch days. Date Time Jersey Snack <date> <time> <blue <player> or white> ROSTER Please feel free to call on each other as carpooling needs arise. I am happy to step up, as able, to ensure your daughter is at a game or practice. PLAYER PARENT HOME PHONE SCHOOL <first, last name> <parent’s names> <phone> <school>

3 The following is for a U10G team only – please check all rules with the FIFA rules and update per your league (# of players on the field, time for each half, etc.)

4 The Game We will play two 25-minute halves with a 5-minute half time. Time is kept by the Referee. No score is kept by the league for U10G (since there is no score, there is no overtime to settle a tied game). Before the Game Arrive 20 minute before the game in complete uniform. Bring alternate jersey, just in case. Referee will check shinguards and cleats and will ask all players to remove ALL jewelry and hard hair accessories (clips, bobby pins, ponytail holders). Start of the Game Team Captains are named by each coach and called to the Center Mark where the Referee does the coin toss. The team winning the coin toss picks which goal they want to “attack.” The team losing the coin toss will kick off. Kickoff The kickoff marks the start of the game and the start of the 2nd half. The team losing the coin toss kicks off the start of the game. The other team will kick off the 2nd half. Kickoffs are also taken after a goal is scored. Dropped Ball If the Referee needs to restart play with no advantage given to either team, a dropped ball is taken. The Referee will stand between two opposing players (elected by the coaches) and drops the ball between them. The ball must touch the ground before either player can touch it. On-the-Bench Players who are not actively playing the game must sit “on-the-bench” with their water until the coach puts them in. A player should not sit by her parents or else the coaches may not realize she is out of the game and may not promptly put her back in. Fair Play All players should receive equal playing time during a game as they wish. Players should rotate through positions. No team shall score “excessively” on another team. Good sportsmanship may require “playing-down” one or more players, as needed, to ensure fair play. Good Sportsmanship All players and spectators MUST exhibit good sportsmanship. Players must “take-a-knee” when another player is hurt. Players shake hands at the end of the game and thank the referee for calling the game. Spectators should congratulate both teams on their hard work and effort. Remember, these are children who are learning not just soccer, but life-lessons as well. Referees should be treated with respect by all parties, including players, coaches, and spectators. Many of these referees are children as well and are also looking to you to be a good role model.

6 KICKOFF If your team is kicking off the ball, the ball will be placed on Center Mark (dark circle) and the kicker must stand behind it on the center line with a teammate on either side of her. She must kick the ball forward and cannot touch the ball again until another player has touched it. If the ball does not go forward, the kickoff is re-taken. If your team is not kicking off the ball, you must stand behind the Center Circle until the ball is moved forward.

7 THROWN-INs Throw-ins happen when the ball crosses the sideline and goes out-of-bounds on the sides of the field (dark boxes below). If the ball goes out of bound over the goal line it is either a goal kick (attacking player caused ball to go out-of-bound) or a corner kick (defending player caused ball to go out-of-bounds). If your team is throwing the ball back in, the thrower must stand behind the sideline and throw the ball from behind and then over her head holding on to the ball with both hands. Both feet must remain on the ground!!! Throw towards the goal you are trying to score on – and try to throw to an open player. The thrower cannot touch the ball after she throws it until another player has touched the ball first. All other players must try to get open to receive the throw-in. If your team is not throwing the ball in, you should be “marking-a-player” and trying to steal the ball. You CANNOT score on a throw-in.

8 GOAL KICKS Goal kicks happen when a player kicks the ball across the other team’s goal line (out-of-bounds). Goal kicks are taken at either corner of Goalie Box (dark circles below) by either a defender or goalie. If your team is taking the goal kick and trying to kick it away from your goal, the kicker should kick as hard as she can keeping the ball low and making it go far. It is better to kick it straight and not towards the center of the field. The goalie should remain behind the kicker, guarding the goal – and all other players should be “marking-a-player.” If your team is receiving the goal kick and trying to score, defenders should be up almost to the center line and forwards should be outside the penalty box, trying to get open and SCORE! You cannot touch the ball until it is out of the penalty box.

9 CORNER KICKS Corner kicks happen when a player kicks the ball across her own goal line (out-of-bounds). Corner kicks are taken at the corner of the field and the ball must be placed in the arc (dark circles below). If your team is taking the corner kick and trying to score, the kicker should kick across the goal and the other players get open and charge the goal to score. If your team is not taking the corner kick that means you are defending your goal, a player must stand on each goal post (and the goalie in the middle) and all other players must “mark a player.” You CAN score on a corner kick!

13 G D D M W (right) W (left) C POSITIONS ON THE FIELD
As part in any team, each player has set responsibilities defined by the position she plays. We will play a full field of 7 girls (we can officially play with as little as 5 on the field, if needed). 1 Goalie (defense) – defends goal – uses hands – punts or throws ball away 2 Defenders (defense) – defends goal – takes goal kicks – “sweeps” ball away (kicking it away to the sides) but not across the goal 1 Midfielder (offense and defense) – runs whole field – plays offense and defense – sees whole playing field and knows where to go 2 Wings (offense) – runs the sides of the field supporting Center and Diamond – good striking position 1 Center (offense) – runs the center of the field passing to Wings and Diamond – good striking position G D D M Positions at Kickoff (if we’re kicking off) W (right) W (left) C 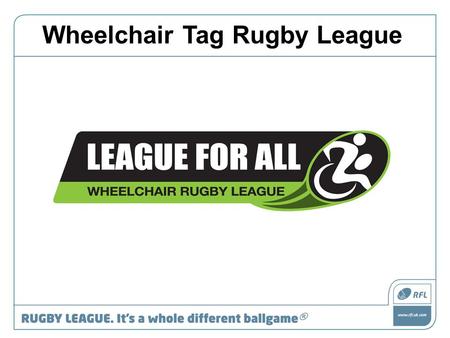 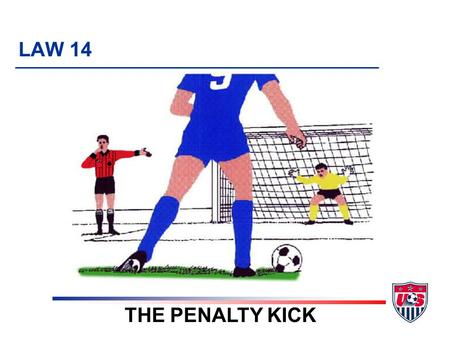 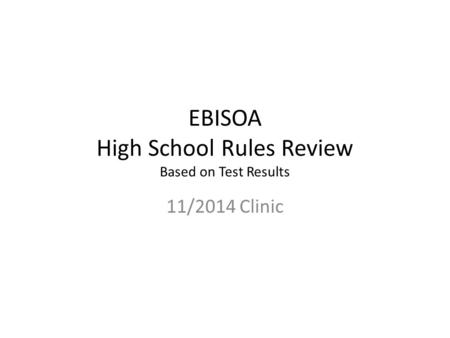 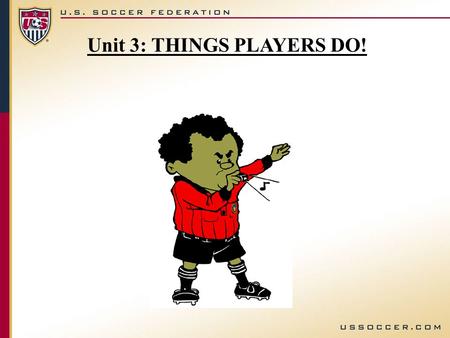 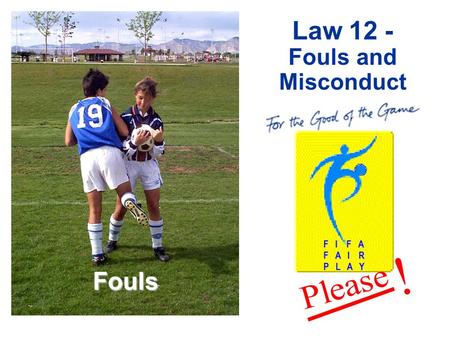 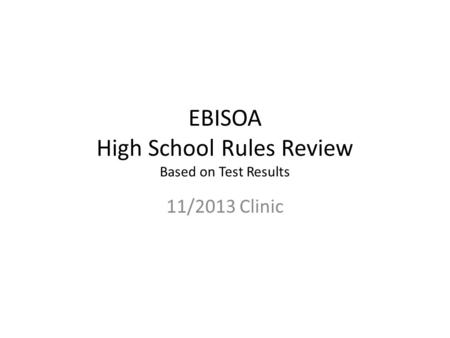 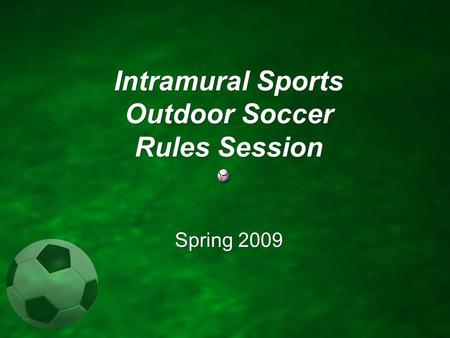 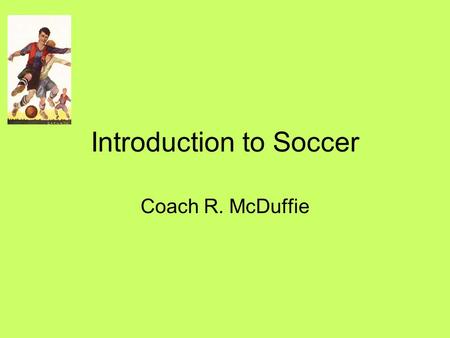 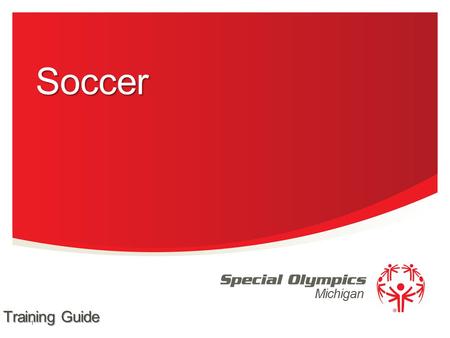 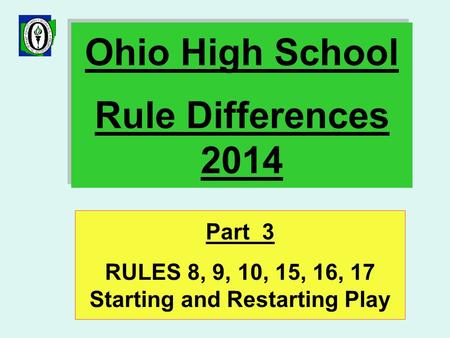