2 1 – Varying the Tempo of Play – Through the Thirds - Game Design (How does the practice work?) 1 – Pitch organised into equal thirds. Each third 40 yards across and 20 yards along to give a total of 60 yards x 40 yards 2 – The home team (reds) play with eight players, one goalkeeper, three defenders, two midfielders and two forwards. They are free to move between areas. 3 – The away team (blues) play with seven players, one goalkeeper, three defenders, two midfielders and one forwards. They are also free to move between areas. Delivery (How are you going to deliver and progress the practice? 1 – Select players suited for teams and roles and allow a period of free play. 2 – After players are familiar with area and game, ask red team ‘If passing ball forward from one third to another, try to play one touch’ 3 – After a period of play, ask blue team ‘Upon regaining possession try to score within four passes’ (counter-attacking) 4 – For blue team add ‘Playing back a third, removes the counter attacking objective (when to play quickly, when to retain) 5 – Ask: * Reds – When are good times to play forward? When is not on? * Blues – Why is counter attacking a good tactic for your team? Detail (What do you want the players to get better at and understand?) 1 – Playing one touch increases pace of game 2 – Running ball from third to third increases pace of game 3 – Maintaining possession in areas where your team outnumbers, can slow pace of game and if done effectively, remove pressure fro opposition 4 – When to play forward quickly, when to keep possession 5 – Possession versus Position on the Pitch Difference (How can you further challenge the able and support the developer?) 1 – Outnumbered team can contain more able players – particular the forward of the blues (outnumbered 4 vs. 1) 2 – Challenge players who have a tendency to pass to look to run ball from third to third 3 – Challenge players individually to play forward with invention (disguise passes, outside of foot etc.)

4 2 – Receiving & Passing Forward – Halves – Technique Practice Design (How does the practice work?) 1 – Pitch organised into halves of 25 yards wide and 30 yards long (60 yards x 25 yards in total) 2 – Two teams of six. Three players active, three serving players and two balls per team. 3 – Active players receive a pass from a server (s) and try to play to a team mate on the other side of the halfway line. Delivery (How are you going to deliver and progress the practice?) 1 – Allow a period of play 2 – After players are familiar with area and game, encourage players to communicate (verbal & non-verbal) to receive ball. If they don’t initially receive a ball, encourage them to move freely to be able to. 3 – Challenge active players to look for opportunities to play forward. 4 – If there isn’t an opportunity to play forward to other half, encourage players to run with the ball or play with other active players to create forward passing opportunity 5 – Ask: * Reds – What helps you to be able to receive and play forward? * Blues – What are the different ways to play forward? 6 – Can progress to Skills Practice of two 2 vs. 1 challenges and then into 5 vs. 5 directional game with one target player at either end to provide directional focus Detail (What do you want the players to get better at and understand?) 1 – Angle of movement to receive pass 2 – Position of body to heighten awareness of origin of ball and outlets for ball 3 – Movement of servers on periphery of practice to support forward passing opportunities 4 – Combinations (one-two;s, ‘round the corners’, ‘takes’) with other active players to generate forward passing opportunities 5 – Accuracy and appropriate choice of pass (driven, lofted swerved, pushed, slid) 6 – Servers to play safely into crowded area Difference (How can you further challenge the able and support the developer?) 1 – Challenge better players to try to play on weaker foot 2 – Challenge better players to try to play quickly (one or two touch when it’s on) 3 – Give weaker players their own ball and encourage repetition of passing without challenge of working off of other players (which may help them) 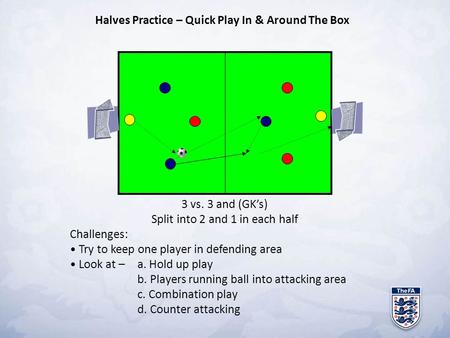 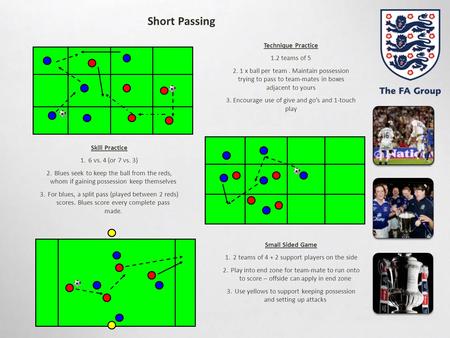 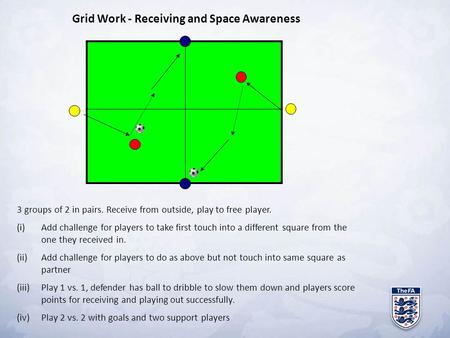 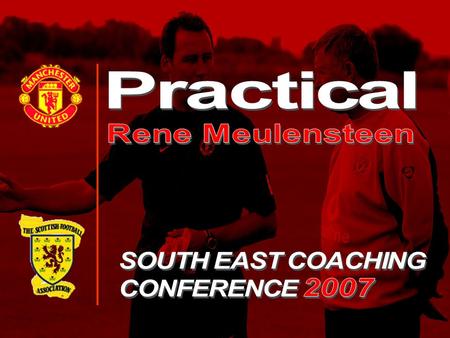 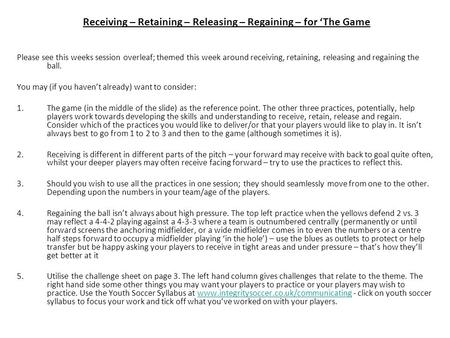 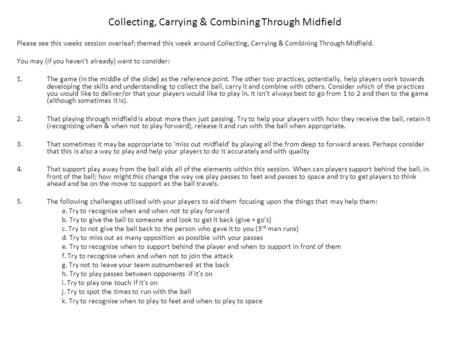 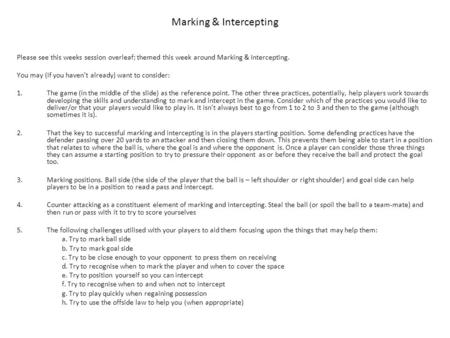 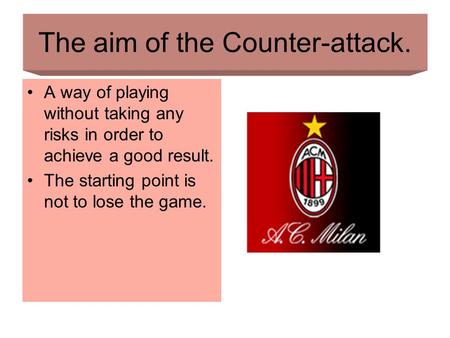 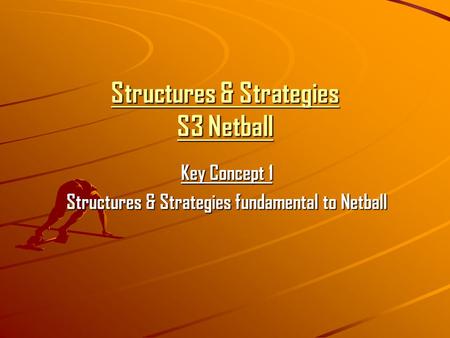 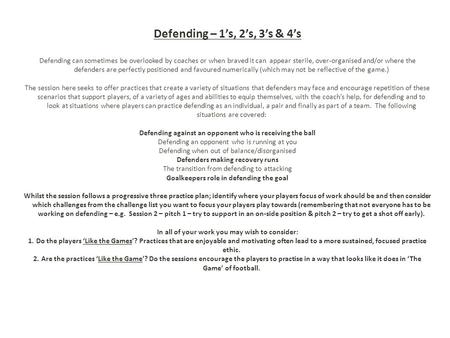 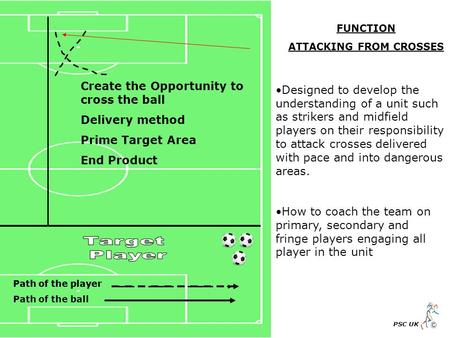 Path of the player Path of the ball PSC UK FUNCTION ATTACKING FROM CROSSES Designed to develop the understanding of a unit such as strikers and midfield. 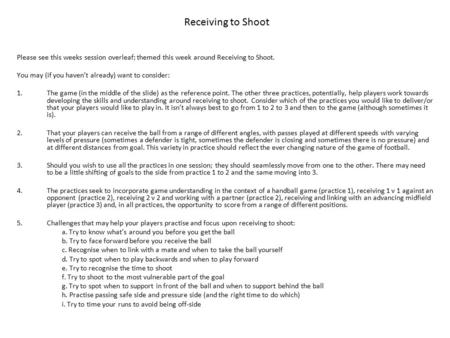 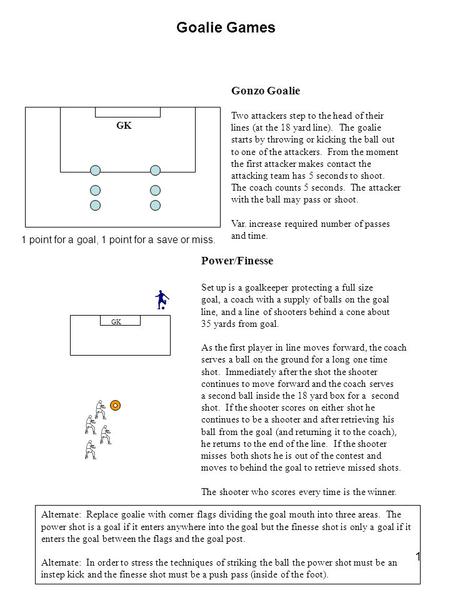 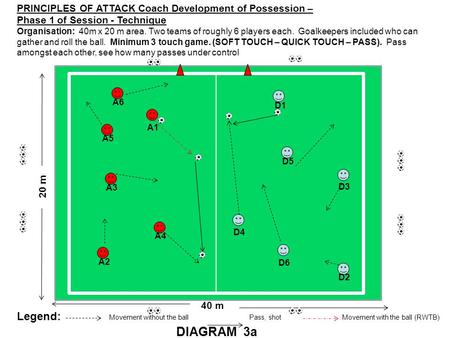 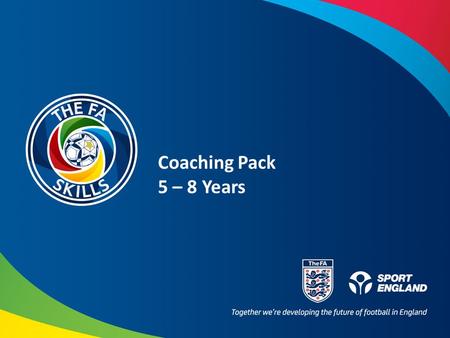 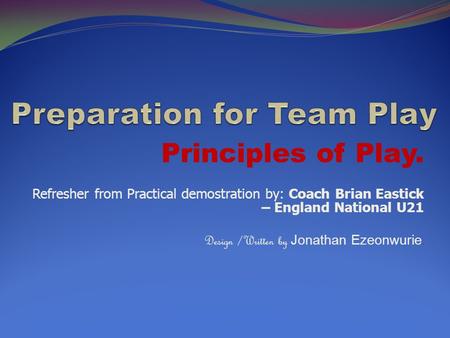 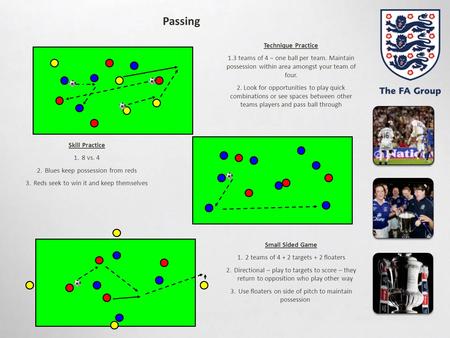 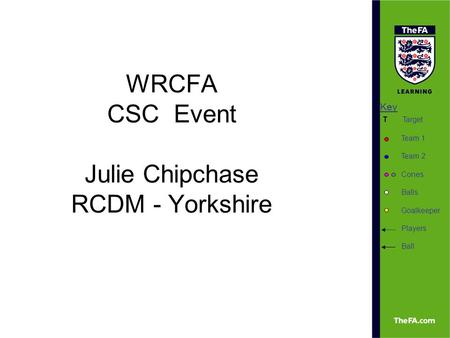