 The Monopolies and Restrictive Trade Practices was adopted by the government in 1969 and the MRTP Commission was set up in 1970.  The act came into.

Presentation on theme: " The Monopolies and Restrictive Trade Practices was adopted by the government in 1969 and the MRTP Commission was set up in 1970.  The act came into."— Presentation transcript:

4  The most important in this phase was passing of the MRTP Act (Monopolies and Restrictive Trade Practices Act) in 1969 and the setting up of the MRTP Commission in 1970.  Since 1991, the focus has shifted from controlling monopolies to promoting competition.

5 Control of monopolies, Prohibition of monopolistic and restrictive and unfair trade practices.

9  A trade practice which, for the purpose of promoting any sale, use or supply of any goods or services, adopts unfair method  These are categorized as:  False Representation  False Offer or Bargain Price  Free gifts offer and Prize Schemes  Non-compliance of Prescribed Standards  Hoarding, Destruction etc

11 (i) The Monopolies and Restrictive Trade Practice Commission. (ii) The Central Government and Supreme court.

14 It is a tool to implement and enforce competition policy and to prevent and punish anti-competitive business practices by firms and unnecessary Government interference in the market.

15  To prevent practices having adverse effect on competition,  To promote and sustain competition in markets,  To protect the interests of consumers.

17 MRTP A CT, 1969C OMPETITION A CT, 2002 Based on the pre-reforms scenario Based on the post-reforms scenario Complex in arrangement and language Simple in arrangement and language and easily comprehensible Frowns upon dominanceFrowns upon abuse of dominance Registration of agreements compulsory No requirement of registration of agreements No penalties for offencesPenalties for offences Reactive and rigidProactive and flexible Unfair trade practices coveredUnfair trade practices omitted

Download ppt " The Monopolies and Restrictive Trade Practices was adopted by the government in 1969 and the MRTP Commission was set up in 1970.  The act came into." 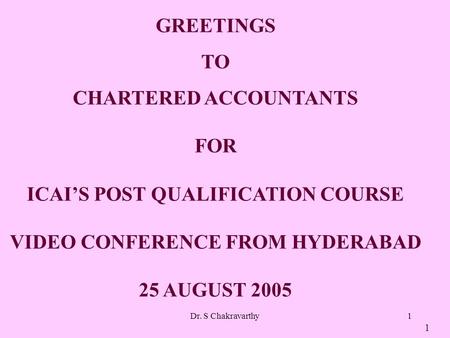 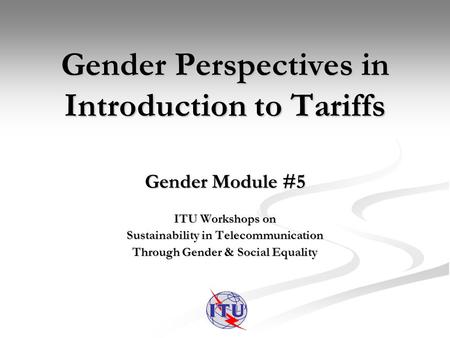 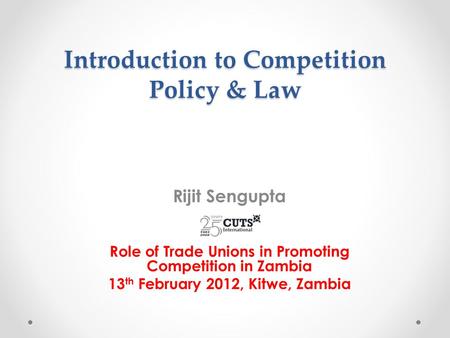 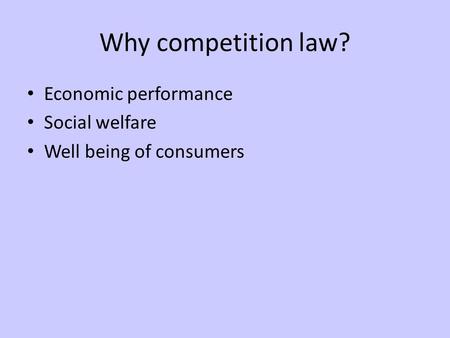 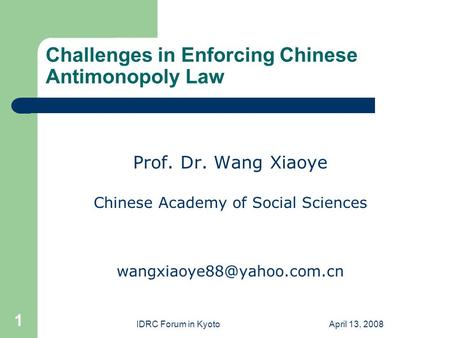 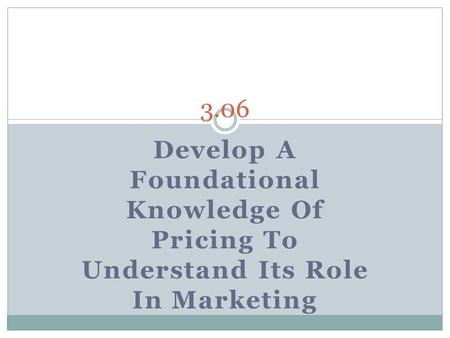 3.06 Develop A Foundational Knowledge Of Pricing To Understand Its Role In Marketing. 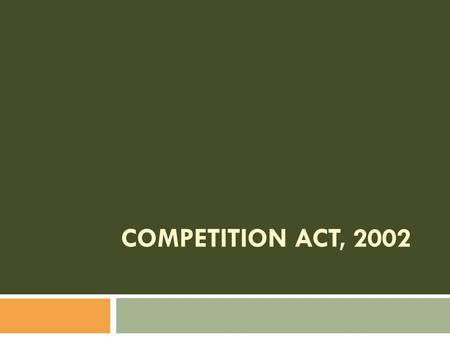 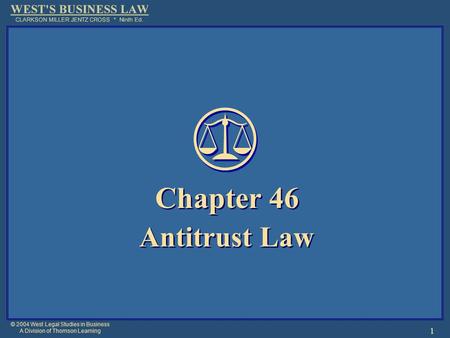 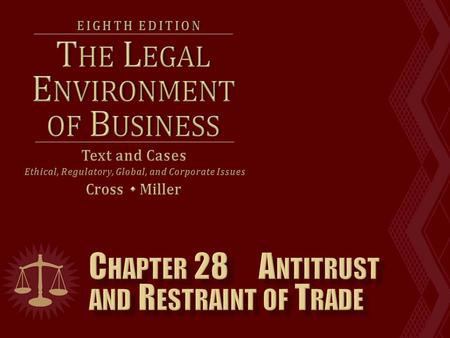  Section 1 of Sherman Act regulates “horizontal” and “vertical” restraints.  Per Se vs. Rule of Reason.  Per Se violations are blatant and substantially. 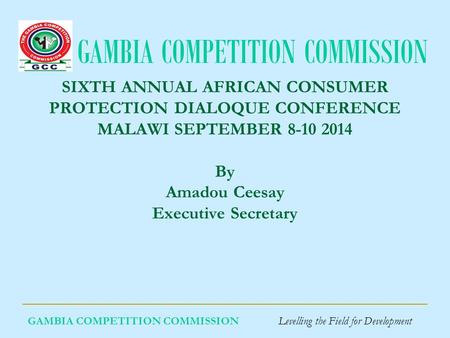 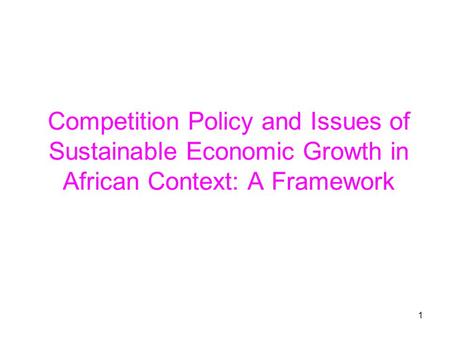 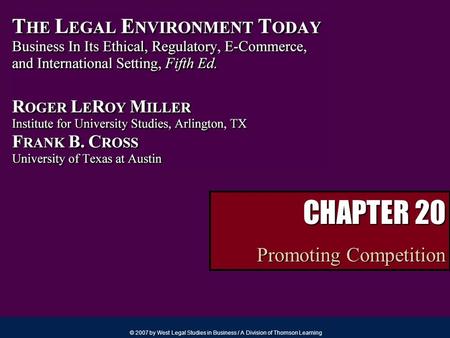 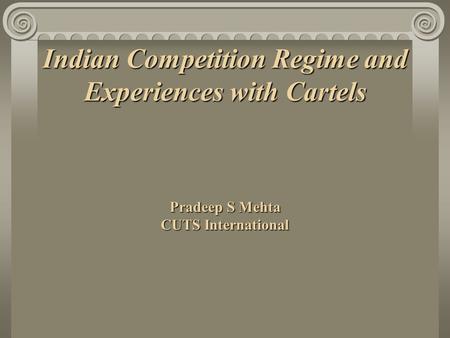 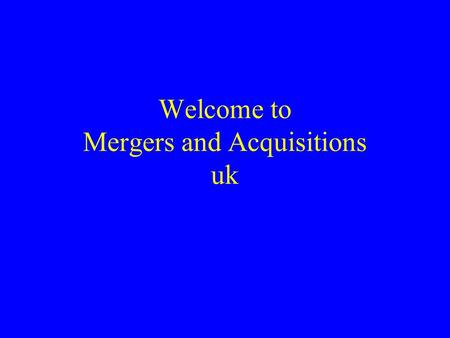 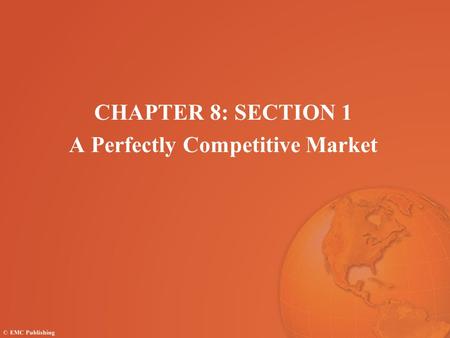 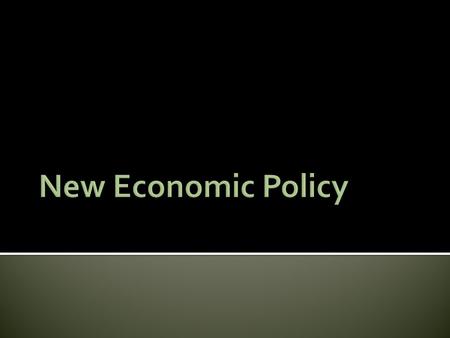 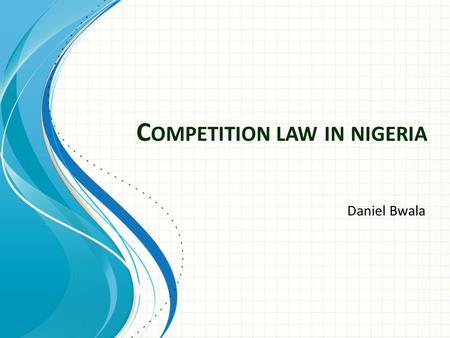 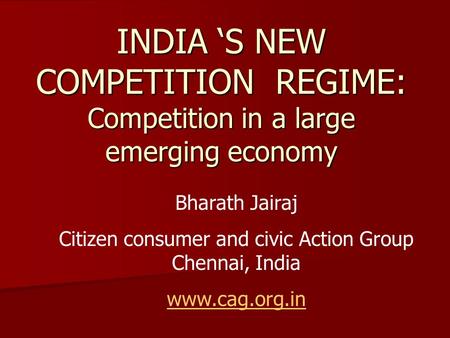