2  Always obey the speed limit ◦ Exceeding the speed limit causes accidents  Keep up with the flow of traffic at any legal speed ◦ When road surfaces and traffic are normal, NJ law prohibits blocking traffic through slow driving

4  Never drive faster than weather, road, or other conditions safely allow, regardless of the posted speed limit ◦ Always slow down:  When the road is wet or slippery  On narrow or winding roads  At intersections or RR crossings  On hills  At sharp or blind curves  Where there are pedestrians or driving hazards

5  You should always obey the while driving ◦ SPEED LIMIT  Unless… ◦ WEATHER, ROAD, OR OTHER CONDITIONS DON’T SAFELY ALLOW IT  Can you be pulled over for driving too slowly when road and traffic conditions are normal? ◦ YES  What are some examples of when you should slow down? ◦ SLIPPERY, NARROW, OR WINDING ROADS, INTERSECTIONS OR RR CROSSINGS, HILLS, SHARP OR BLIND CURVES, WHERE THERE ARE PEDESTRIANS OR DRIVING HAZARDS

8  Passing on the right is allowed: ◦ On roads with more than one lane going in the same direction (Ex. Route 9/Parkway) ◦ When the driver ahead is making a left turn and there is room to pass  It is against the law to pass on the right shoulder of the road

9  On a hill, a curve, or any time you cannot see far enough ahead  At a street crossing or intersection  At a railroad crossing  On narrow bridges  In underpasses or tunnels  When a sign prohibits passing  When center lines restrict passing  When behind a vehicle that has stopped to let a pedestrian cross

10  Passing is safe when there is no. ◦ ONCOMING TRAFFIC  Most passing should be on the. ◦ LEFT  What are some instances when passing on the right is allowed? ◦ ON ROADS WITH MORE THAN ONE LANE GOING IN THE SAME DIRECTION OR WHEN THE DRIVER AHEAD IS MAKING A LEFT TURN AND THERE IS ROOM TO PASS  What are some instances when you should not pass? ◦ ON A HILL, CURVE, OR IF YOU CAN’T SEE AHEAD, AT A STREET OR RR CROSSING, AT AN INTERSECTION, IF THERE IS ONCOMING TRAFFIC, ON NARROW BRIDGES, IN UNDERPASSES OR TUNNELS, WHEN A SIGN PROHIBITS PASSING, WHEN CENTER LINES RESTRICT PASSING, WHEN BEHIND A VEHICLE THAT HAS STOPPED TO LET A PEDESTRIAN CROSS  Should you pass on the right shoulder? ◦ NO, IT’S AGAINST THE LAW

11  Emergency vehicles such as police cars, fire engines, and ambulances sounding sirens and/or flashing lights  Buses and postal vehicles re-entering the flow of traffic  Pedestrians in a crosswalk ◦ Failure to stop can result in a fine up to $500, 25 days in jail, community service, 6 months driving privilege suspension, and 2 points on license  Motorized or mobility-assistance devices when in a crosswalk or seeking to cross the road  Other vehicles already in the intersection

16  Why is this considered an uncontrolled intersection? ◦ THERE ARE NO SIGNALS OR REGULATORY SIGNS  Does the red car have right of way? ◦ NO – THE DRIVER MUST YIELD TO THE TRAFFIC ON THE MAIN ROAD

17  When vehicles, buildings, trees, bushes, etc. obstruct a driver’s line of sight, they must slow down or stop to make sure there is no cross traffic before proceeding

18  Why is this considered a blind intersection? ◦ THE DRIVERS OF THE YELLOW CAR AND MOTORCYCLE CAN’T SEE EACH OTHER DUE TO THE TRUCK PULLING TOO FAR OUT INTO THE INTERSECTION

21  Deceleration lanes, or exit ramps, are extra lanes at a highway exit ◦ Look for signs that direct traffic to the proper lane for exiting (exit ramps can be located on the right or left of the roadway)  When leaving a highway, parkway, or turnpike: ◦ Start slowing down when entering a deceleration lane ◦ Obey the posted advisory speed limit of the deceleration lane ◦ If you miss an exit, go to next one, never back up on an exit ramp

23  When seeing a disabled vehicle, a driver should slow down and change lanes if possible to increase the space between their vehicle and the disabled vehicle ◦ Be alert for pedestrians, tow trucks, and police cars  If a driver’s vehicle becomes disabled: ◦ Pull off onto the shoulder or median ◦ Turn on hazard lights ◦ Raise the hood to signal for assistance ◦ Stay in the vehicle and lock the doors ◦ Use cell phone to call for help ◦ Ask anyone who stops to call for help ◦ Don’t get into a stranger’s vehicle

25  Slow down before entering a curve, use breaks when necessary, and avoid drifting into another lane ◦ Always watch for vehicles that may drift into your lane

26  Unless a “No Turn on Red” sign is posted, drivers can make a right turn at a red light  Use blinker at least 100 ft before making the turn  Approach the intersection as far to the right as possible, keeping near to the curb or parked vehicles  Come to a complete stop  Check for oncoming traffic and pedestrians  Don’t swing outward or into another lane while making the turn  Cancel blinker after making the turn

28  Signs, signals, and traffic rules indicate when drivers must stop  Never try to beat a traffic light change, there may be other vehicles coming through or still in the intersection ◦ Most accidents at traffic signals happen in the first few seconds after a light has changed

30  A driver must stop at least 15 ft from RR crossings when there are flashing lights, ringing bells, or flag signals  Never attempt to cross until the gates have been raised and the lights have stopped flashing  Never stop a vehicle on railroad tracks ◦ If a vehicle stalls on the tracks and there is a train coming, get out and walk clear of the tracks  Be prepared to stop if driving behind a vehicle required to stop at RR crossings (school bus), even if signals do not indicate a train is coming

31  On a two-lane road or multi-lane highway, all drivers traveling behind or approaching a school bus with flashing red lights must stop at least 25 ft away from it  When traveling on a dual-lane highway, drivers should slow to 10 mph if on the other side of a safety island or raised median  Drivers should only proceed after the bus signals have been turned off, and even then, they must watch for children  If a school bus stops directly in front of a school to pick up or let off children, drivers may pass from either direction at no more than 10 mph

32  When approaching an ice cream truck with flashing red lights and a stop signal from either direction, drivers must: ◦ Yield the right-of-way to anyone crossing the road to or from the truck ◦ Stop and drive past the truck at no more than 15 mph

33  Drivers must yield to emergency vehicles sounding sirens and/or flashing emergency lights  Steer to the extreme right of the roadway, stop, and wait for the vehicle to pass  Afterward, drivers should keep at least 300 ft behind it  A driver should never park within 200 ft of a fire department vehicle in service

34  All drivers approaching a stationary emergency vehicle, tow truck, or highway maintenance vehicle with flashing lights must change lanes ◦ If a lane change is impossible, drivers must reduce the speed of their vehicle and be prepared to stop if necessary

35  Use between one-half hour after sunset and one-half hour before sunrise  When visibility is 500 ft or less  When using windshield wipers (during rain, snow, and ice)  When encountering fog, mist, smoke, or other factors that reduce visibility  Bright beams are used for open country driving when there is no traffic in sight  Dim beams are used for driving in traffic or when another vehicle is approaching

38  On a crosswalk  Between a safety zone for pedestrians and the adjacent curb or within 20 ft of the end of the safety zone  Near properly marked street construction  In a handicap parking space unless legally authorized  On an interstate highway  On a sidewalk  In a bus stop zone  In front of a public or private driveway  Within an intersection  Within 10 ft of a fire hydrant  Within 25 ft of a crosswalk at an intersection  Within 50 ft of a RR crossing  Within 50 ft of a stop sign  Within 20 ft of a fire station driveway entrance and within 75 ft on the street opposite a fire station entrance  On any bridge, elevated roadway, or in a tunnel  Next to another vehicle parked at the curb (double parking)  In an area where parking is prohibited by municipal ordinance

39  Cell phone use while driving is against the law  A hands-free device is legal if it doesn’t interfere with any federally required safety equipment or with the safe operation of the vehicle  Cell phones may only be used in an emergency: ◦ Fire ◦ Traffic accident ◦ Serious road hazard ◦ Medical emergency ◦ Hazardous material emergency  A GDL motorist may not use a handheld or hands-free cellular telephone while driving

40  Throwing trash or debris from a moving or parked vehicle is illegal ◦ Fines up to $1,000 and a possible license suspension may be imposed on drivers found littering 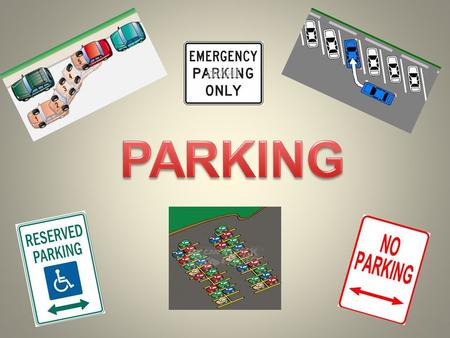 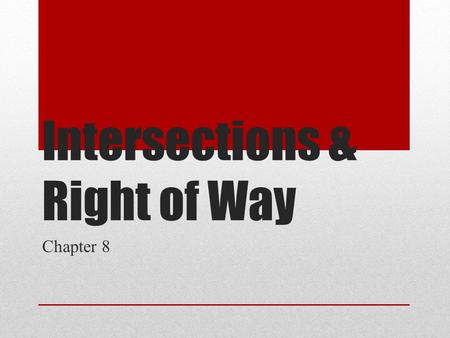 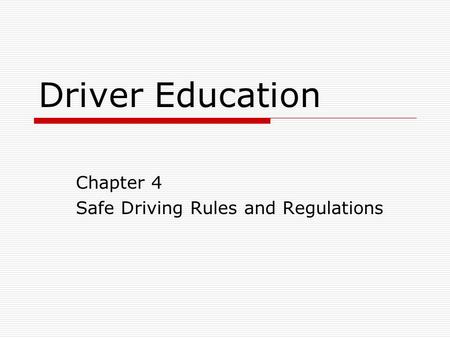 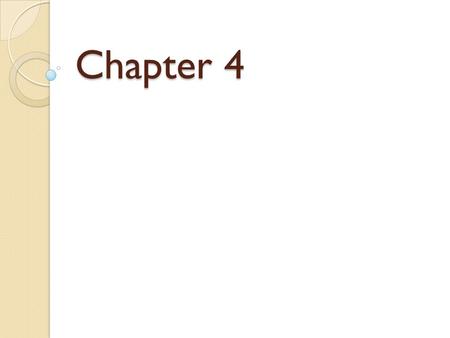 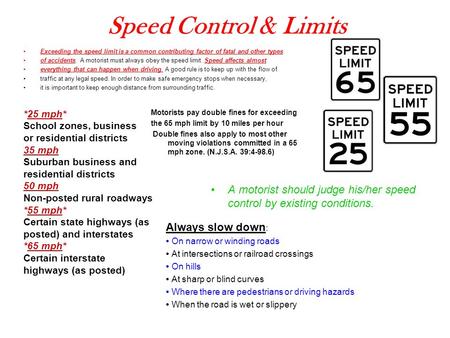 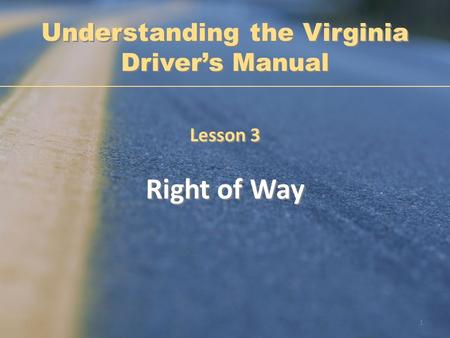 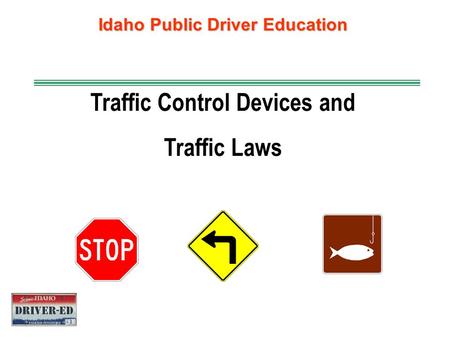 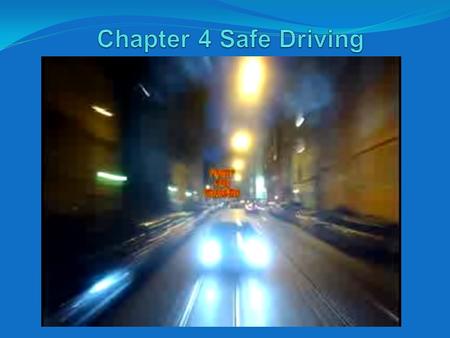 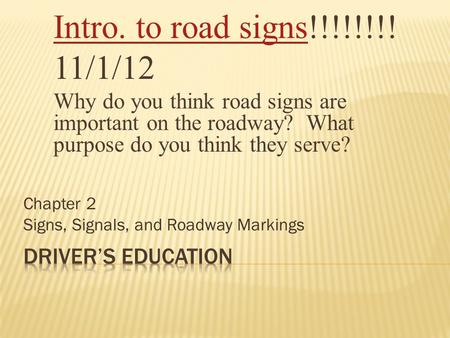 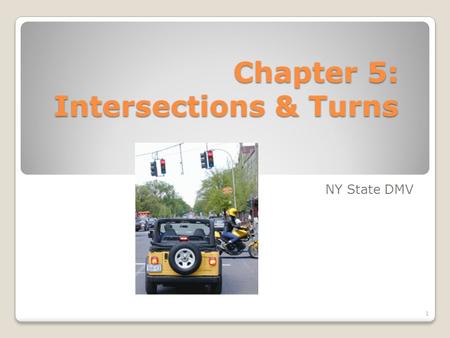