6 © 1999 John Wiley and Sons, Inc.Vasta, 3e Fig. 7.3 Testing Visual and Vestibular Cue Interactions As the wall moves toward the infant, the visual system signals movement, while the vestibular system does not. The infant falls backward, indicating dominance of visual cues. (Figure adapted with permission from “Infants’ Sensitivity to Optical Flow for Controlling Posture” by B.I. Bertenthal and D.L. Bai, 1989, Developmental Psychology, 25, p 939. Copyright © 1989 by the American Psychological Association)

7 © 1999 John Wiley and Sons, Inc. Sensory Capabilities of Babies n Hearing: A 28 week old fetus shows reactivity to sound (eyelids clamp) –Newborn babies show changes in sucking rate to mother versus a strange female Newborn can discriminate mother’s (but not father’s) voice from that of strangers –Newborns can discriminate languages French versus Russian –Newborns are better at hearing low frequencies than high frequencies Babies are soothed by low frequency sounds

8 © 1999 John Wiley and Sons, Inc. Visual Capacity of Babies n Newborn babies can differentiate light from dark n Newborn babies are sensitive to movement (mobiles) n Visual acuity refers to the clarity of visual images –The visual acuity of a newborn is equivalent to 20/400 to 20/800 –The neural circuits that govern visual accommodation (flexing of lens) are not functional in a newborn

12 © 1999 John Wiley and Sons, Inc. Infant Depth Perception n Infants are able to perceive depth by 7 months of age: –Avoid crawling across the visual cliff –Show changes in heart rate when exposed to a sharp drop-off n Depth cues: –Pictorial cues include convergence, relative size, and interposition –Motion parallax: Objects that are closer to us show greater apparent movement than do further objects

13 © 1999 John Wiley and Sons, Inc. Visual Scanning Studies in Older Children n As children grow older, they become more efficient in their scanning –Asked to consider two images of a house and asked “are these the same or different?” n Older children are –More careful in gathering visual information –More flexible in their search strategies –Less likely to be distracted in their visual searches 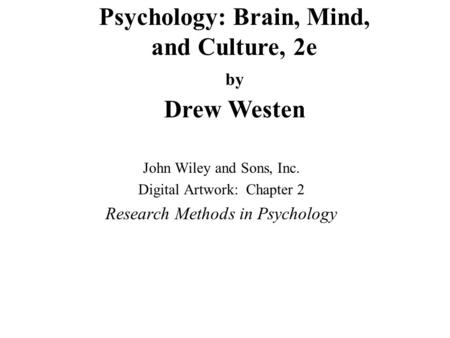 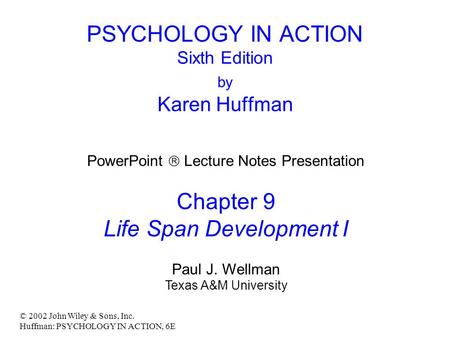 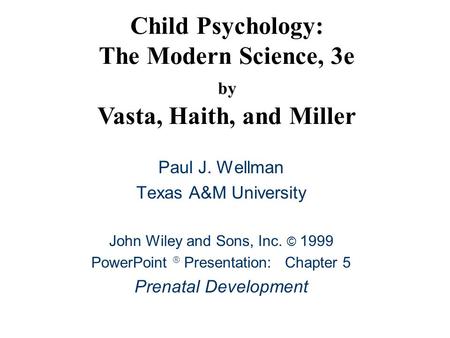 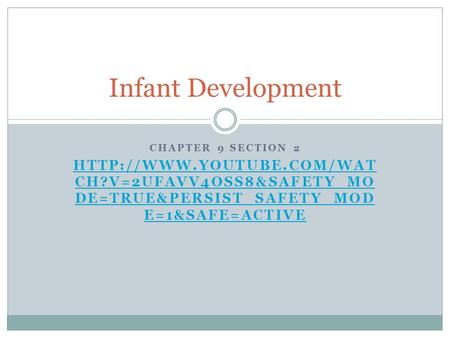 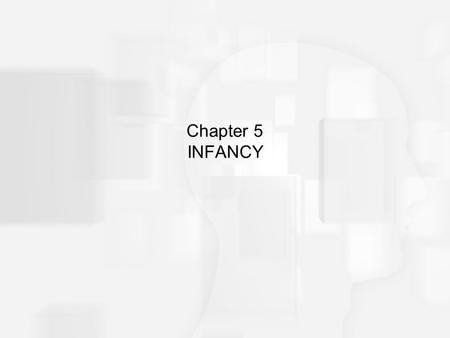 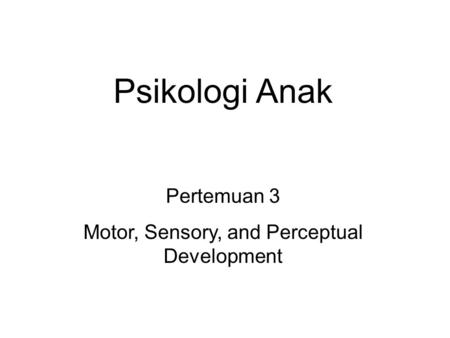 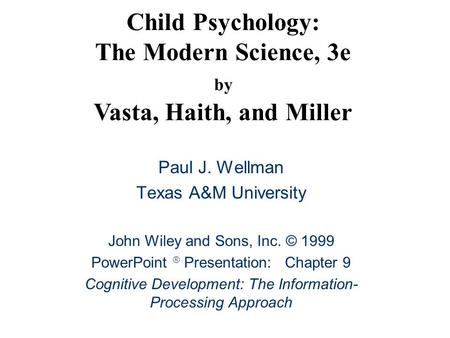 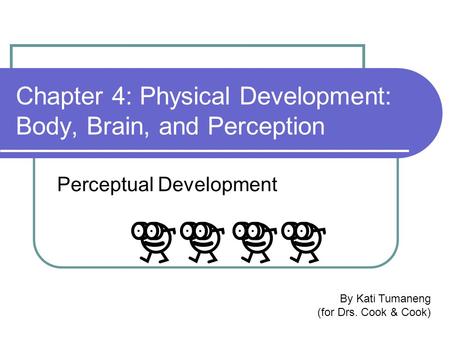 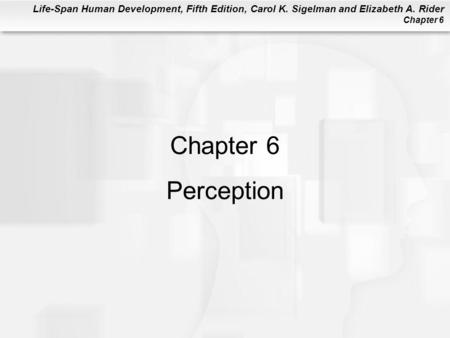 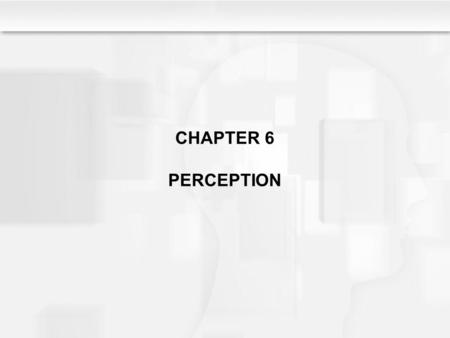 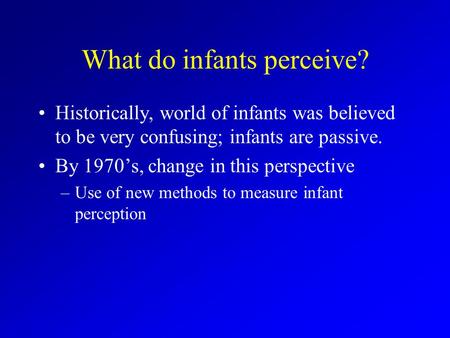 What do infants perceive? Historically, world of infants was believed to be very confusing; infants are passive. By 1970’s, change in this perspective. 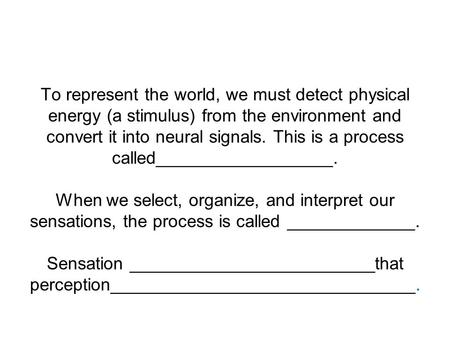 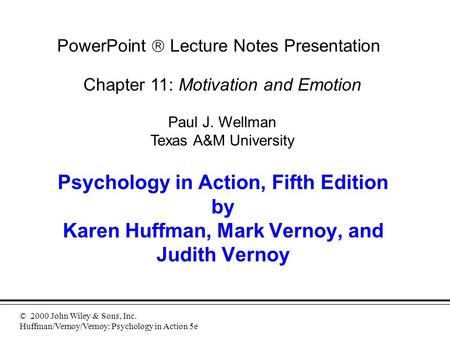 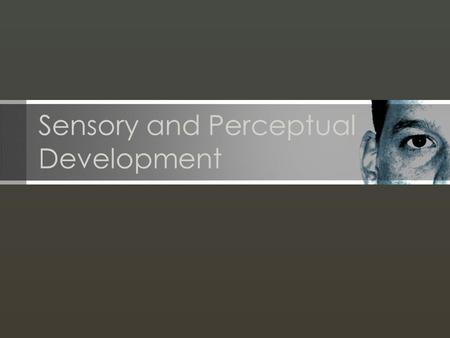 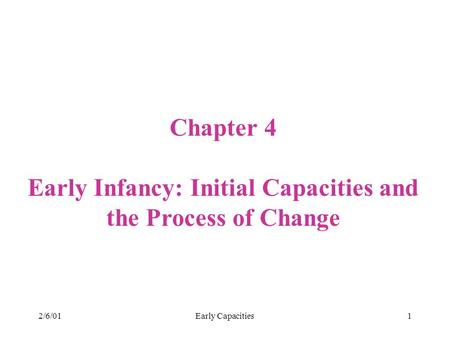 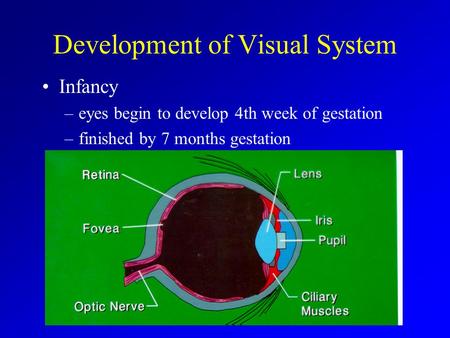 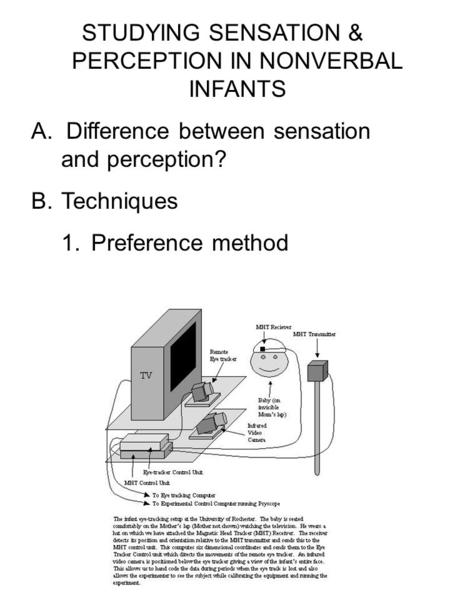 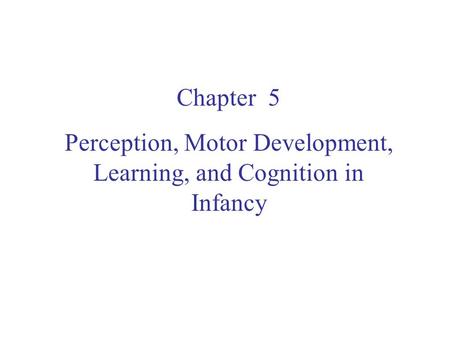 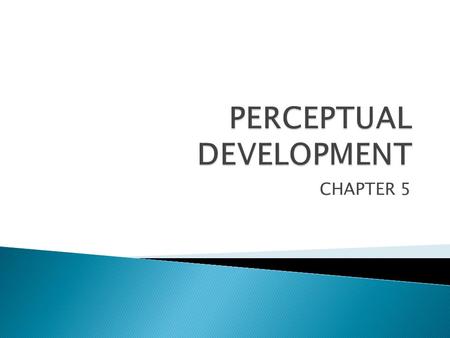