2 REVIEW in THE Novel, Bud, Not Buddy the main Character bud had a mission to find his father. He used clues left from his mother who passed away. Bud designed rules to live by and followed them through the story. I felt sorry for him at times because of what he had to go through to survive and meet his goals in life.

3 Bud Bud is a young African American boy who is from Flint, Michigan. In the story Bud has his own rules to live by and those rules help him meet his goals in life. Bud is motivated and will not give up on his goals. Bud knows what he wants in life. Bud is very easygoing and adjusts to many situations.

4 Herman E. Callaway Herman E. Callaway is an African American musician. When Bud tells Hermon he is his dad Herman does not agree with Bud. Hermon E. Callaway was actually Bud’s grandfather. Herman did not know his daughter passed away. Herman is a talented musician. Herman seems to push people away at first and is moody.

5 Lefty Lewis Lefty Lewis is a very kind white man. One day when bud was walking to find Grand Rapids to find his dad he was walking at 2:00 A.M. and Lefty came along and picked Bud up and let him come to his daughter’s house. In the morning he got pancakes and sausages.

7 Setting The setting makes it a lot more interesting. The story took place when there were no cellphones and s. It took place in the 1930’s in Flint, Michigan and Grand Rapids.

8 Plot Bud was trying to find his father but ended up finding his grandpa Herman E Calloway instead. Bud dealt with his feelings internally and accepted the fact he found a living relative. Bud did not like being treated badly at the Amos family home. Bud dealt with this bad situation by running away and going on a mission to find his “father”. 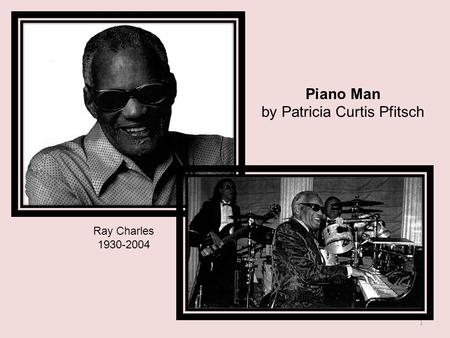 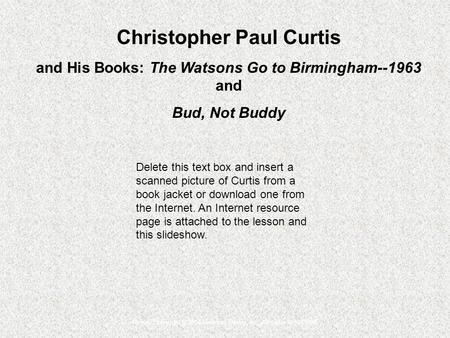 Picture Copyright © 2004 Random House, Inc. All rights reserved. Christopher Paul Curtis and His Books: The Watsons Go to Birmingham and Bud, Not. 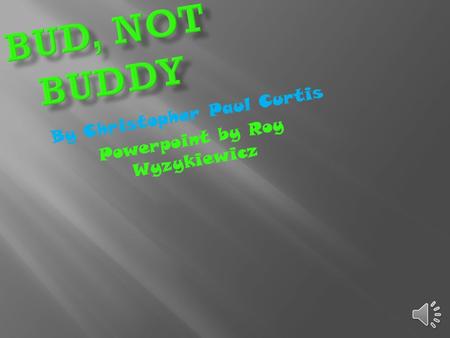 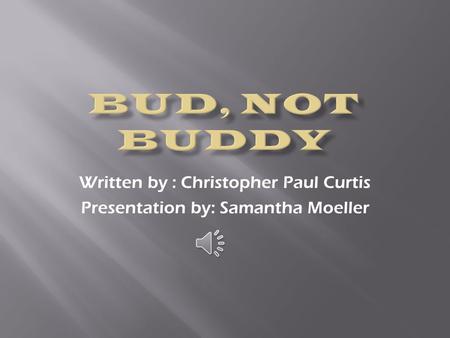 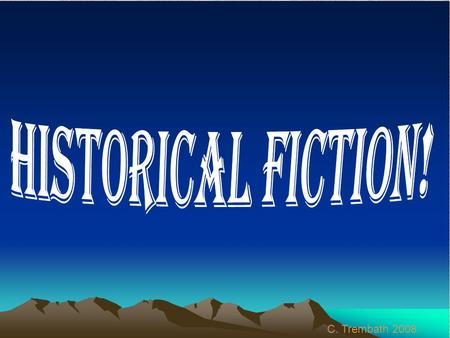 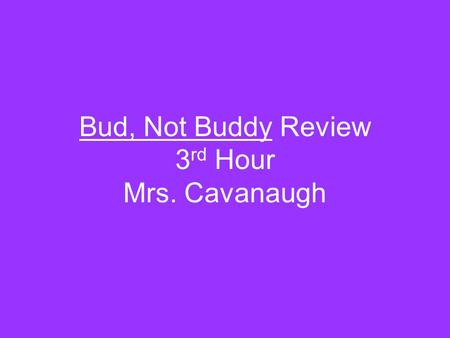 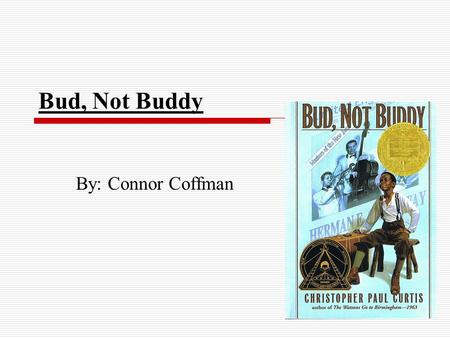 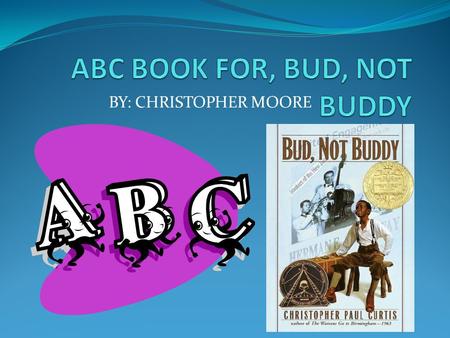 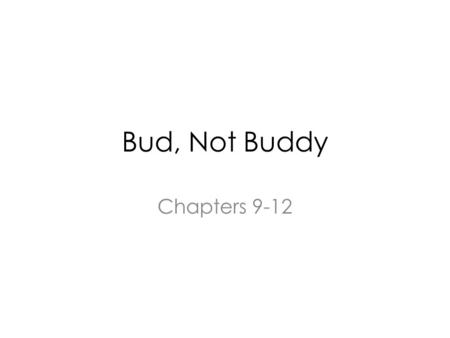 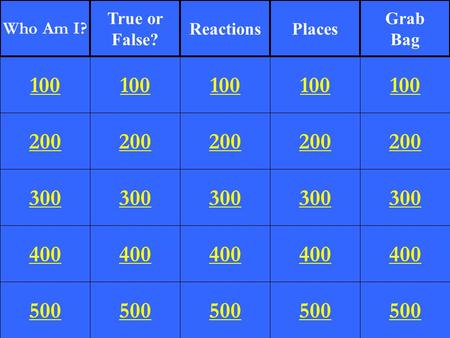 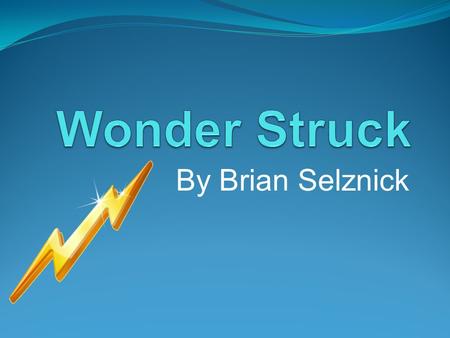 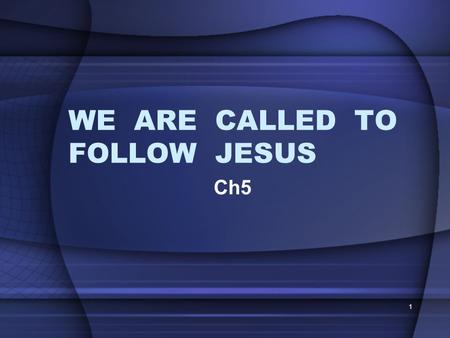 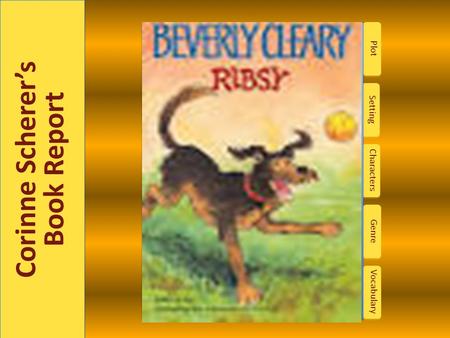 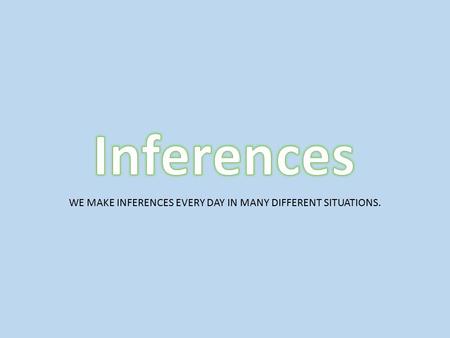 WE MAKE INFERENCES EVERY DAY IN MANY DIFFERENT SITUATIONS. 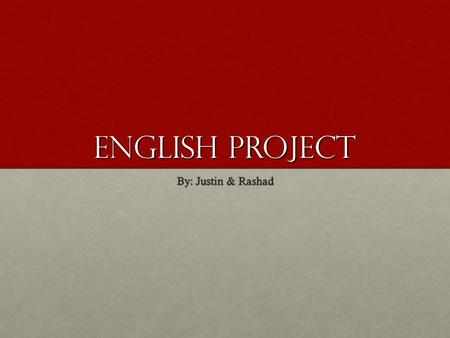 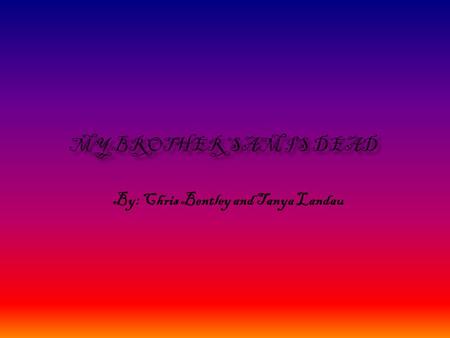