5 Cross Sections – Drell-Yan (photon exchange) With NLO corrections the cross section depends on the gluon distribution too. ALL cross sections are for the lepton decays Z  ee or W  eν Note that τ=x 1 x 2 and often one gets confused as the quark distribution term is often written without x 1 x 2 but the LHAPDF delivers xq which we term pdf.

12 What constrains F 2 ? Deuteron data, as from BCDMS, provide some information on u-d Further constraints exist from DY and dimuon data, Gottfried sum rule… The HERMES result will have to be confronted with world data on pdf’s. Here study only W,Z and keep F 2 fixed as we are interested in lower x. IF s was very different at lowish x, yet F 2 is to be kept constant (just now measured to 1% accuracy in relevant x range). Thus then d or u.. have to compensate this

17 Cross Section Ratios [sd] The cross section ratios may come out different than predicted, due to pdf variations. A change of s would increase the 2Z/(W + +W - ) ratio, but the sign may be deduced from W + /W -. CTEQ6L

18 Cross Section Ratios [su] A change in s which would modify ū would be difficult to monitor. A conventional result on W/Z would thus not imply necessarily that the strange was conventional too..

21 Summary The current pdf measurements have some freedom, which leads to simplifying QCD fit assumptions. The W and Z cross sections and their ratios may provide further constraints on this. If indeed the strange quark distribution was much larger than hitherto assumed, and if that was balanced by an reduced down sea, for example, then the Z/(W + +W - ) and the W + /W - ratios would allow tagging such an effect (50% change of s roughly corresponding to 5-10% asymmetry effects). The rapidity (x) dependence is of interest, and the η e dependence leads to similar effects as y. The variations as studied are to set a scale, not to indicate that so large variations are to be considered. Some checks are still being done and an NLO study may be of interest. It is possible, that the W, Z cross sections and their ratios as functions of the rapidity may deviate from the canonical predictions as most of these use common assumptions in the Bjorken x range of interest. In particular, the famous W/Z ratio may turn out to look different and this may not hint to an ATLAS problem.. A differential, accurate measurement of W +, W - and Z cross sections and their ratios is important. 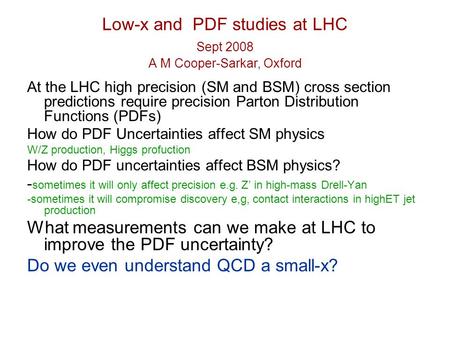 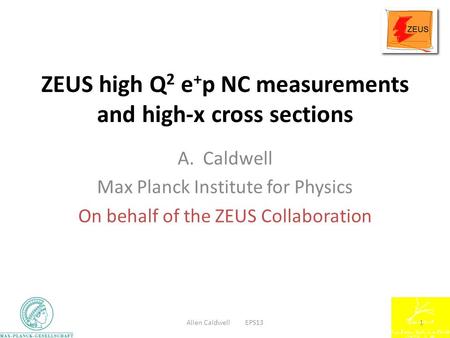 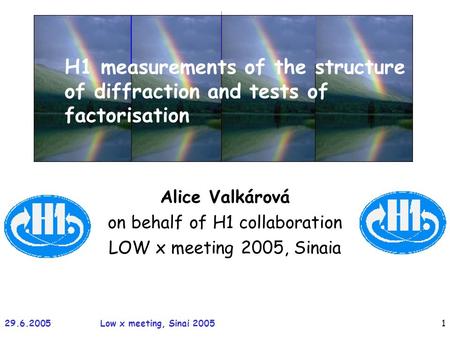 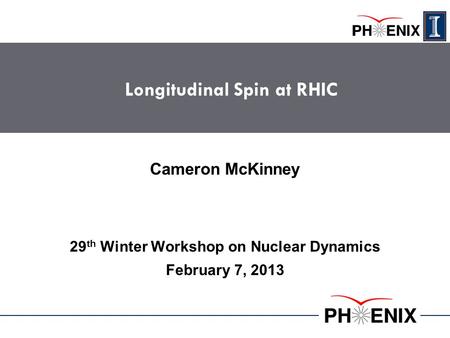 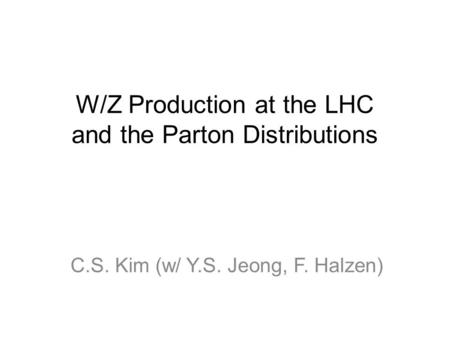 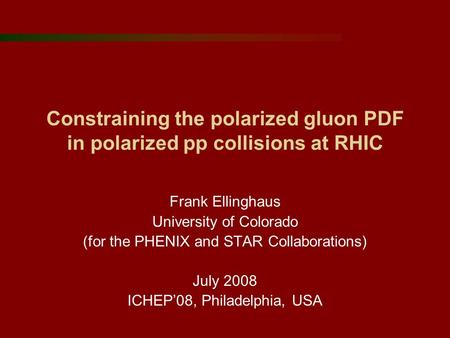 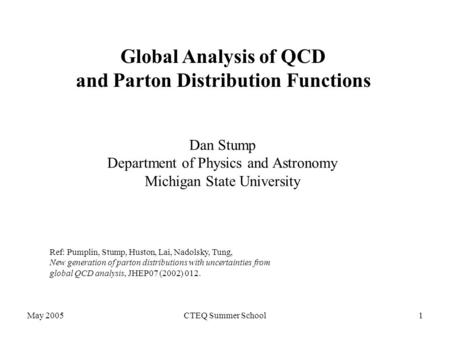 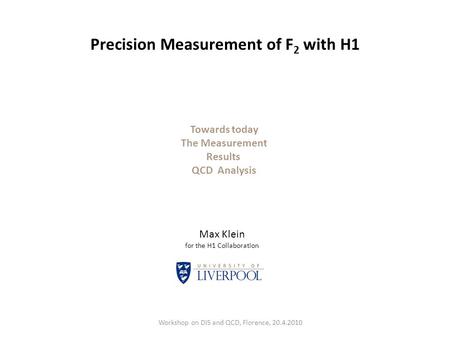 Precision Measurement of F 2 with H1 Workshop on DIS and QCD, Florence, Max Klein for the H1 Collaboration Towards today The Measurement Results. 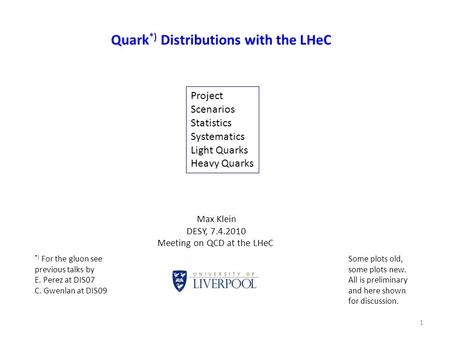 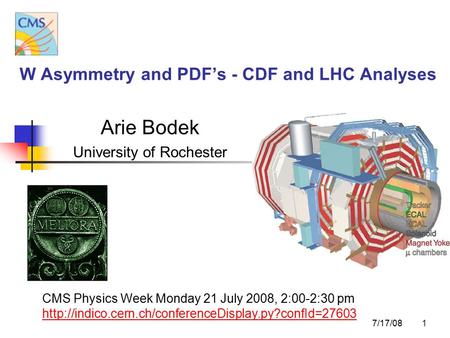 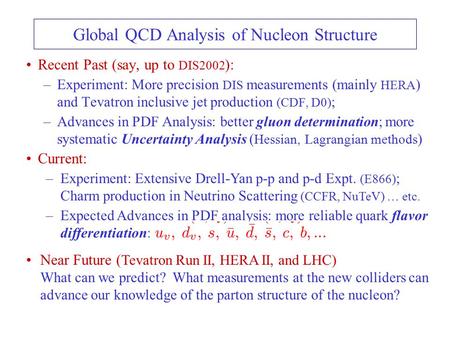 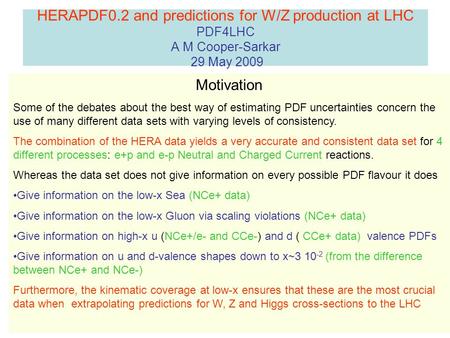 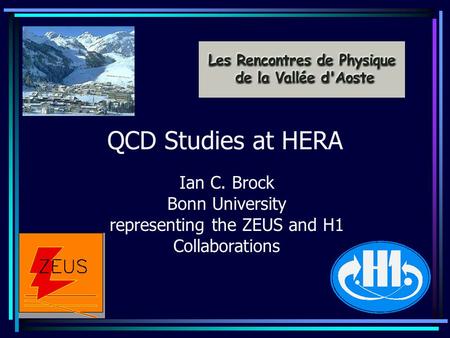 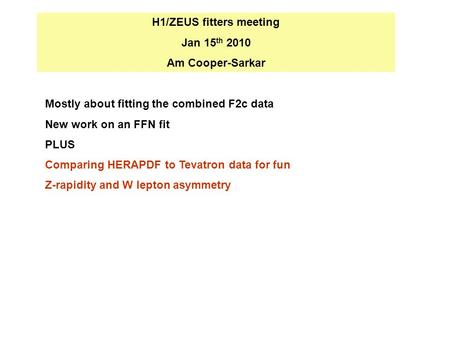 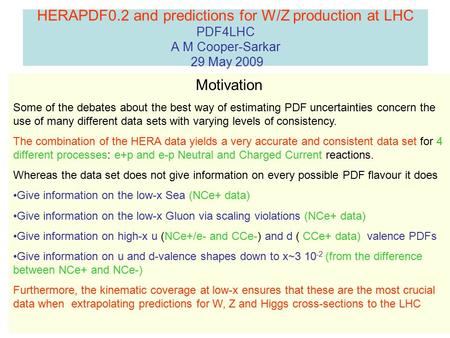 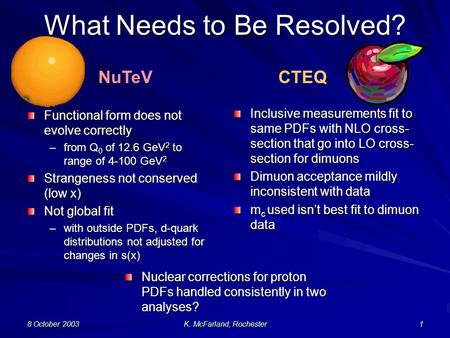 8 October 2003 K. McFarland, Rochester 1 What Needs to Be Resolved? Functional form does not evolve correctly –from Q 0 of 12.6 GeV 2 to range of 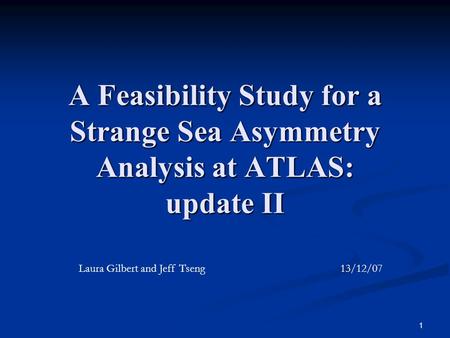 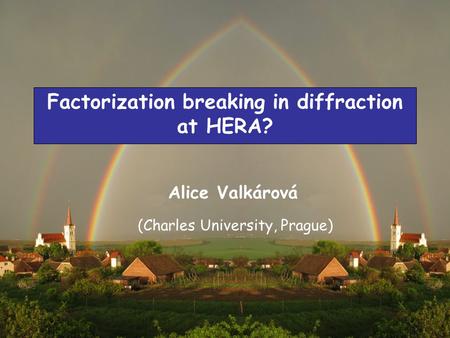 25 th of October 2007Meeting on Diffraction and Forward Physics at HERA and the LHC, Antwerpen 1 Factorization breaking in diffraction at HERA? Alice Valkárová. 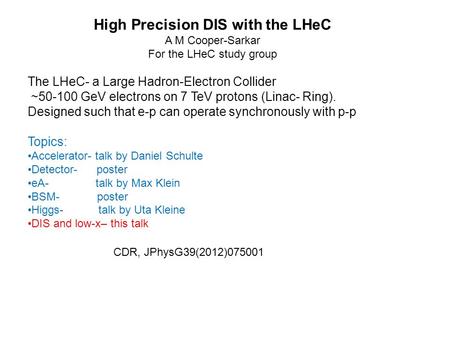 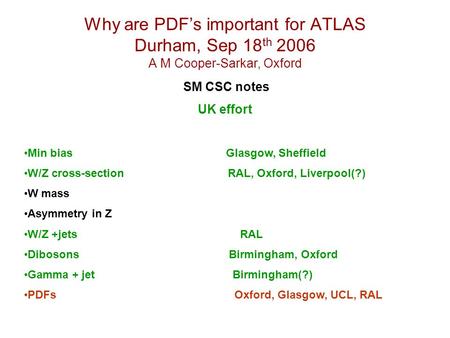