2 Let’s take a step back. What is Ecology?
Any guesses? Definition: The study of interactions among organisms and between organisms and their environment.

4 Another way to organize organisms is in an Ecological Pyramid
Definition: diagram that shows the amounts of energy or matter contained within each trophic level in a food web or food chain. Energy Pyramid: only 10% of the energy from one trophic level is transferred to organisms at the next trophic level. How is energy transferred?

9 Energy Flow Sunlight Plants
Energy flow through an ecosystem in one direction, from the sun or inorganic compounds to autotrophs (producers) and then to various heterotrophs (consumers). ___________ is the main source of energy for life on Earth This energy is harnessed by ___________, which are examples of autotrophs Sunlight Plants Autotrophs (Producers) Grass, Sunflowers, Wildflowers, Sage Prairie Ecosystem All energy comes from the sun

10 Energy Flow Step 1 = Autotrophs
What does autotroph mean? Make food for self Also known as producers Plants are the most familiar autotrophs Lesser known autotrophs use chemical energy to make carbohydrates Ex. bacteria

12 Different Categories of Heterotrophs
Herbivores _________ obtain energy by eating plants _________ eat animals for energy _________ get energy from both plants and animals _________ feed on the remains of plants, animals and other dead matter for energy Carnivores Omnivores Detritovores

15 Trophic Relationships
What does tropic mean? Eating/feeding Food Chains are a series of steps in which organisms transfer energy by eating or being eaten. Food webs show the complex interactions within an ecosystem. Each step in a food chain or web is called a trophic level. Producers make up the first step, consumers make up the higher levels.

17 Cycles of Matter Unlike the one-way flow of energy, matter is recycled within and between ecosystems. These cycles are the Water cycle, Nutrient Cycle, Carbon Cycle, Nitrogen cycle and Phosphorus cycle. These are ___________ resources (cannot be created or destroyed) NON-RENEWABLE

19 Biomagnification – What is it? 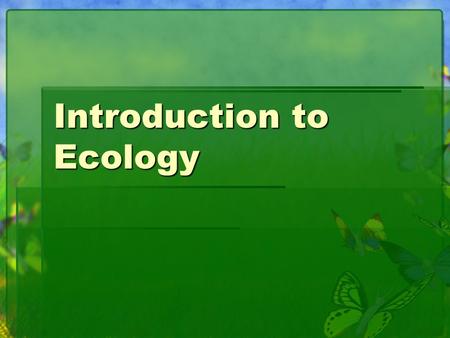 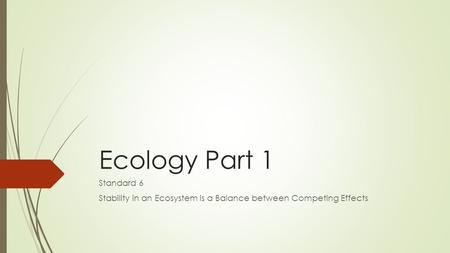 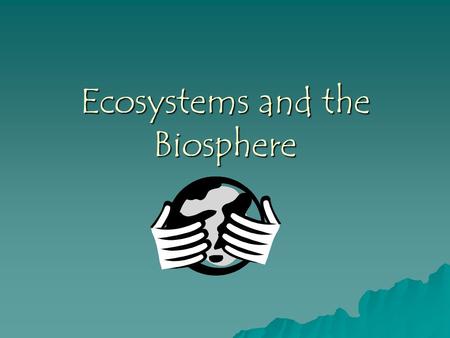 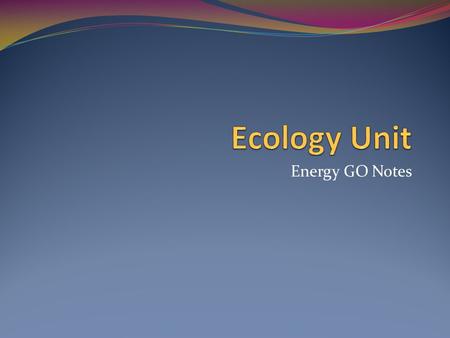