2 His art career began! Paul Klee (pronounced clay) was born in 1879.
Although he was born in the country of Switzerland, he is considered both a Swiss and German painter. He spent a large portion of his life studying and painting in Germany. Paul’s art career started when he was very young. In fact when he was 7, just a few years older than you, he was given a box of sidewalk chalk by his grandmother and the rest is history. His art career began!

4 His parents were very influenced by the arts, his father was a music teacher and his mother was a singer. Because his parents were both musicians, they wanted him and his brother to follow in their footsteps and Paul was taught to play the violin. Although he was a talented violinist, he did not feel any creativity. But with that box of chalk his grandmother gave him, he learned that he could be as creative as he wished to be, an artist he wanted to be.

5 Paul as a student loved to doodle in his school books, much to his parents and teachers dismay.
He also liked to draw caricatures and landscapes. In 1918, at the age of 18, he began studying at the Academy of Fine Arts in Munich, Germany. There he excelled in drawing, but could not add color properly to his works. He thought he could never be a painter. So he experimented with etchings. One of his first was of his father.

6 He created his etchings by painting a piece of glass black then used a needle to draw his painting by scratching off the black paint, and then painted the back of the glass white to make the picture stand out.. My Room, 1896

7 Like many artists, Paul Klee had to find other work to support his wife and young son. He continued to play violin in the Berne Switzerland orchestra and also wrote theater reviews. In his spare time he continued with his artwork. Untitled, 1914

8 Paul Klee loved color. Most of his paintings and work are filled with beautiful and exciting colors.
Sometime you can recognize certain things in his paintings, such as people, animals, and houses. He also used numbers and letters of the alphabet as symbols that had a special meaning to him. Klee’s art is know as abstract art. The objects and figures in abstract art look different from the way they look in real life Sometimes the objects in an abstract painting don’t look like anything at all. Many of Paul Klee’s greatest paintings are just colors and shapes He realized that a painting didn’t have to look like a photograph to be good!!

10 Paul Klee’s art is all different, so it cannot be defined as any particular type of art.
He took different elements from many different styles of art such as etching, expressionism, surrealism, cubism, and used many different types of mediums; charcoal, water colors and oils to name a few. Surrealism is art based on fantasy. Like painting a clock and have it melting. Salvador Dali, was known for his surrealism. Cubism is art that is created with shapes. The Shapes can be squares, triangles, circles, cones or any other geometrical shape. Expressionism painting is to paint with great emotion.

11 Paul thought it was important to give the person looking at one of his paintings a special feeling.
If you look closely at his paintings for a while, you might get a feeling of energy or movement through space. Klee’s gave some of his paintings a musical feeling. Even though paintings don’t have sound, his patterns of color and shapes make people imagine rhythm. Klee experimented with his painting materials, and with the surfaces he painted on. Klee used chalks, paste, and even crayons to make colors seem like they’re glowing from inside.

12 Paul Klee always felt close to nature and carefully studied the natural things around him.
Klee’s paints often show his sense of humors. Near the end of his life, Paul Klee’s colors became a little darker and the titles of his works more serious. He still pained pictures filled with fantasy and magic. Paul Klee's work at the Art Institute of Chicago

13 Paul Klee died when he was only 61 years old and had created over 9000 pieces of art during his lifetime. Which is a very large amount. Since he turned 7 he created 1 picture for every 2 days of his life. And it all started because his grandmother gave him a box of chalk. So think of that the next time you draw on your sidewalk. You might just become a famous artist!!!

14 It’s Your Turn To Create Have Fun 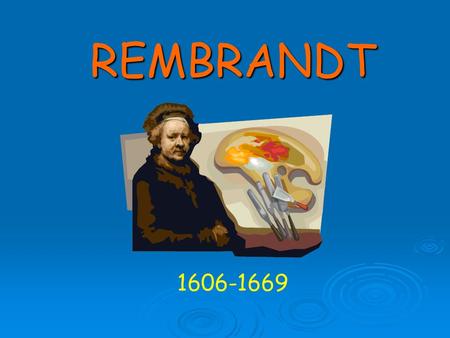 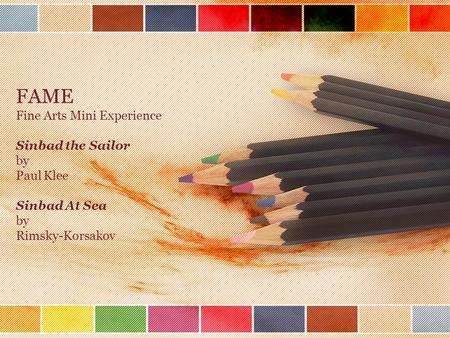 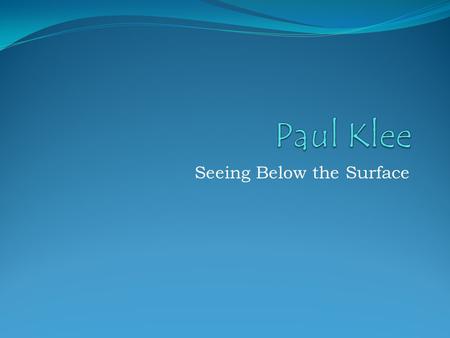 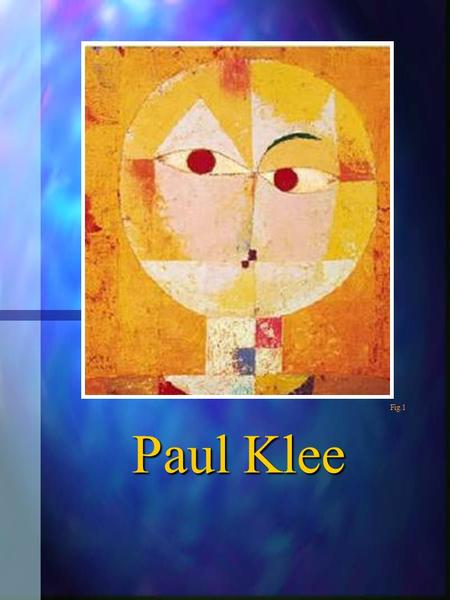