3 20 October, 20063 Background and Motivation Learning how to play guitar is not an easy task for most. Plucking the strings at the right tone could be hard enough as is, but executing the complicated techniques on the guitar as well could cause some problems. Our proposed ‘Player Guitar’ will attempt to solve this problem. The user would be allowed to input files to the guitar, thus allowing the person to not worry about the semantics of how to play the guitar and spend more time on other factors, such as the composure of music.

4 20 October, 20064 The Design Designing a machine to play the guitar chords properly  Ability to: Pluck Slide/Fretting Dampen  The input will be coming from the MIDI Guitar Tablature Display that can be read real time MIDI Guitar Tablature Display reads in a Musical Instrument Digital Interface (MIDI) signal and outputs the appropriate finger placement on LEDS We plan to rework the former project to drive the input of our project, telling our machine where to place its “ fingers ” Background and Motivation

5 20 October, 20065 Deliverables A working prototype will be completed for demonstrational purposes.  Able to play an audible sound from the guitar. There will be full documentation of how to use the Player Guitar.  With examples of how to operate the user interface.  Pre-designed music files for demonstration purposes.

6 20 October, 20066 Deliverables User Interface  The user interface will be done through the MIDI Guitar Tablature Display. It will consist of a 4x20 alpha (LCD Screen) and an optical encoder that serves both as a button and a selector switch. This display is controlled by a PIC 16 and was designed to change the mode of the main PIC as well as the settings. The mode of the PIC was used to change to an instrument other than a guitar, so it will not be changed in our project. The settings can be altered to change to any of the 16 different channels MIDI format uses. Input  The input will be from the MIDI Guitar Tablature Display that will read in a MIDI signal and calculate where the finger placements will be on the LEDS. These finger placements will be sent to the processor, which will know where to locate the frets and communicate that to the stepper motors. Output  The output will be the sound created by the mechanical fretter and strummer. The strumming will be done by servos and silencer solenoids that receive a single from the processor. The fretting will be done by the moving stepper motors. Acceptance Tests  The system must be properly converting the inputs from the MIDI Guitar Tablature Display and outputting it to the stepper motors.

9 20 October, 20069 MIDI Tablature  Uses an two 8-bit PIC processor One for a user interface to configure the settings. One for the main processor.  Forward the SPI Data by altering the.asm files from the LEDs to the AVR chip. PIC 18 Data Ready Bit Data Received Bit Status Bit Data Bit DATA Ready Bit 1 – Set by PIC16 to indicate that data is ready to be read by the PIC18. DATA Received Bit 1 – Set by PIC18 to indicate that data has been received. Status Bit 0 – FUNCTION is selecting the Mode of the device. 1 – FUNCTION is selecting the Setup of the device Data Byte If Status Bit = 0 00000 – Standard Mode If Status Bit = 1 00000 – Channel 1 00001 – Channel 2 00010 – Channel 3 00011 – Channel 4 Etc. Specifications SPI Data To LEDs

13 20 October, 200613  Six stepper motors turn six gilmore belts  Since the motor is larger than belt, three will be placed on both ends of the bar stock  As the belt moves, it drags the spring board “fingers” over the strings to the appropriate position Stepper Motors Player Guitar Mechanics: Fretting

14 20 October, 200614 Player Guitar Mechanics: Strumming  Servos are controlled through Pulse Coded Modulation The length of a pulse expected ever 20 ms determines how far the servo turns  Placed over the string, the servos moves back and forth, in a 180 degree motion, hitting the string Strum Servos

15 20 October, 200615 Player Guitar Mechanics: Strumming Silencer Solenoids  Attach eraser or rubber material onto solenoids. When the solenoids push down onto string it will silence their sound.  These silence solenoids will be attached near the sound hole of the guitar with the servos, but could work anywhere past the frets on the guitar strings

16 20 October, 200616 Player Guitar Mechanics: Guitar Design Alternatives  If there is not enough room between the strings of the neck of the guitar Use fewer strings on the neck  This would either limit notes available, or require more necks and/or guitars Widen neck of guitar  Would lose acoustics, so may need to be implemented as an electric guitar, which would add the overhead of adding pickups 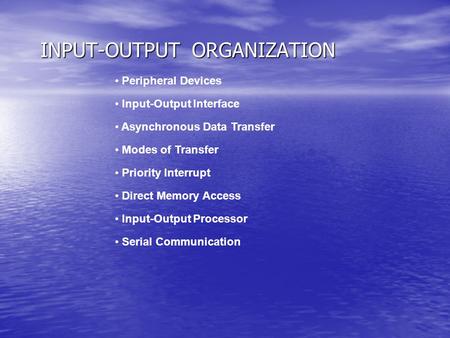 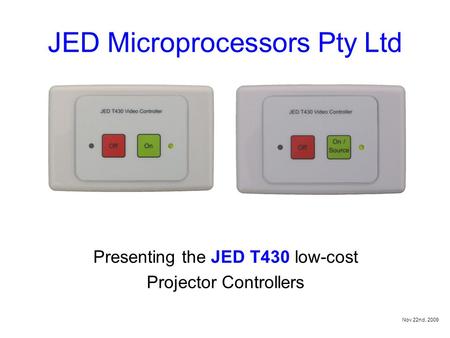 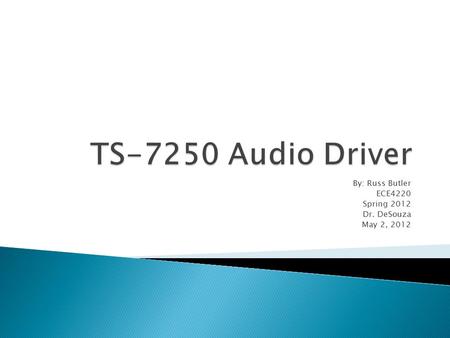 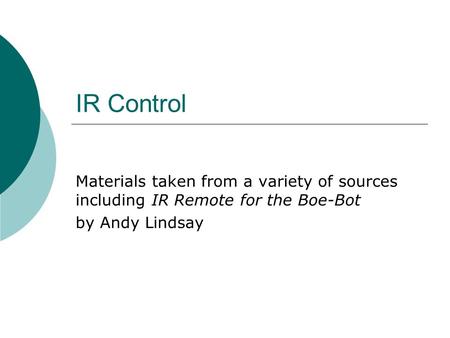 IR Control Materials taken from a variety of sources including IR Remote for the Boe-Bot by Andy Lindsay. 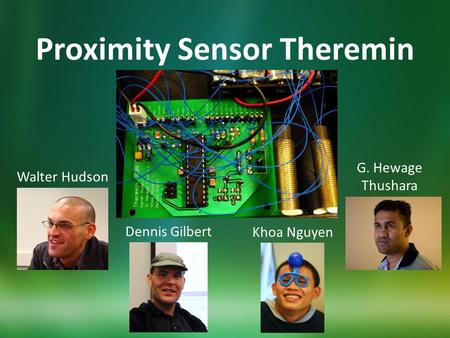 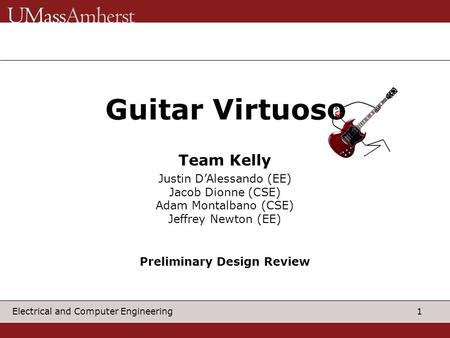 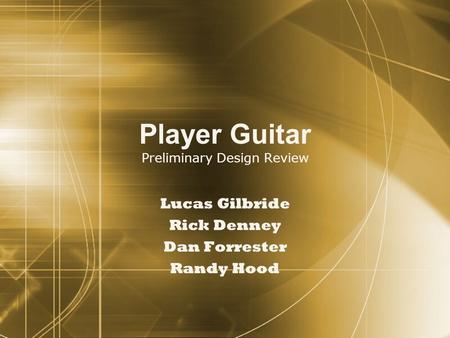 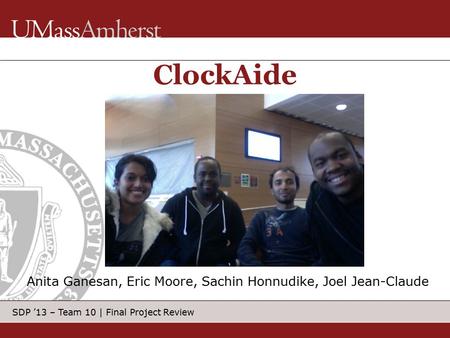 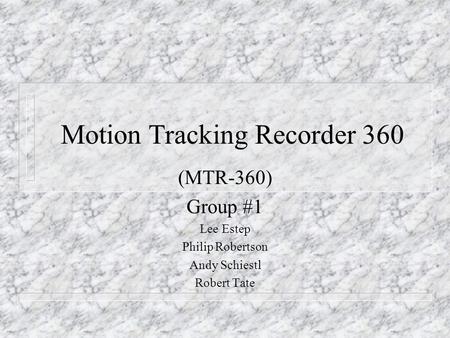 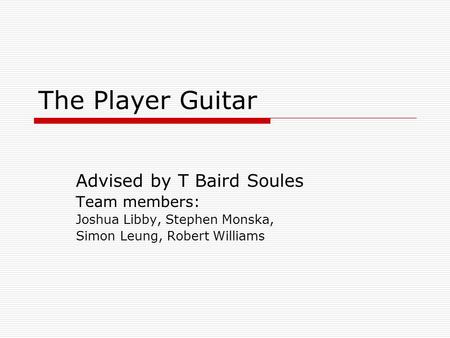 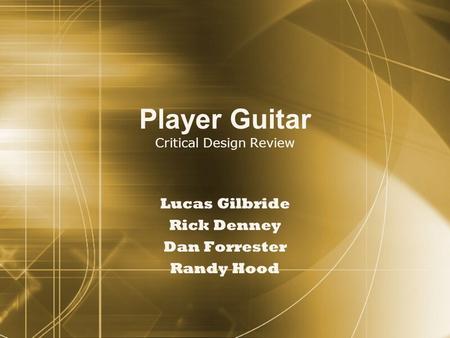 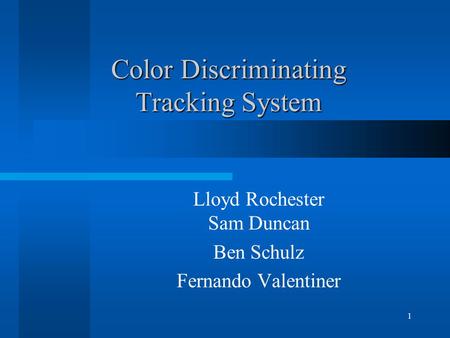 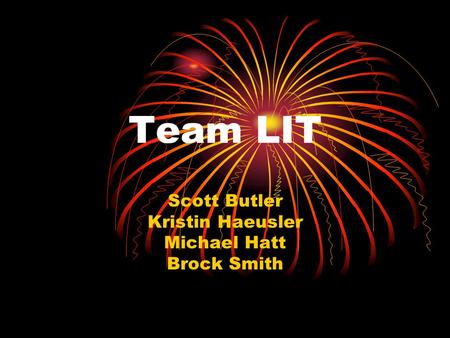 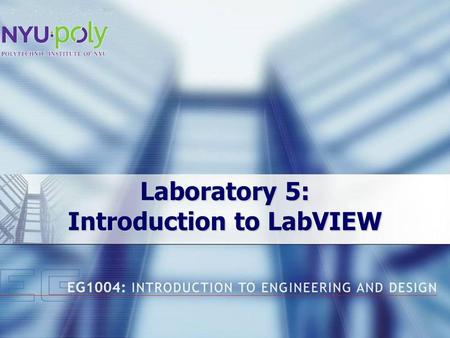 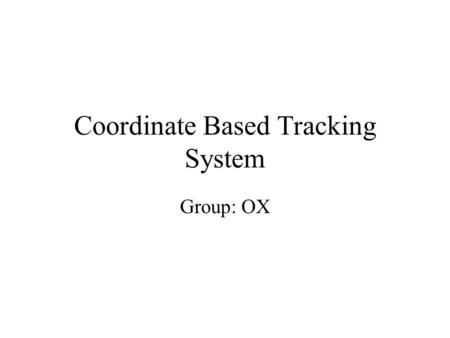 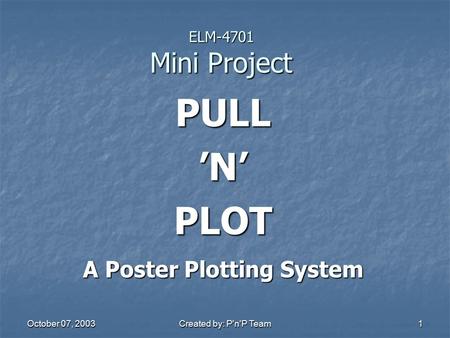 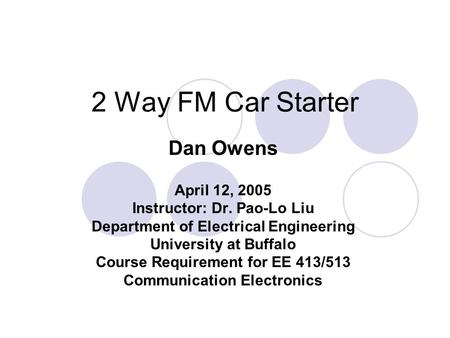 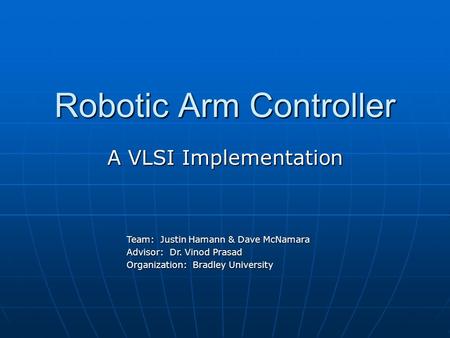 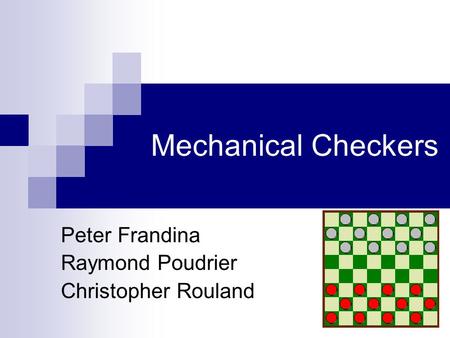 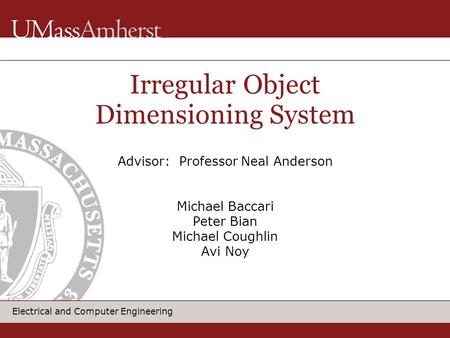