3  Defining GMO’s ◦ GMO crops are naturally occurring crops that have had their DNA altered through genetic engineering. ◦ The DNA of another organism’s molecule is injected in vitro into the host plants using recombinant DNA technology. ◦ The resulting gene is then able to be expressed in future plants.  Used extensively in agricultural production but also in other kingdoms

5  Have rapidly been included in agriculture for more than a decade ◦ Most common crops:  Corn  Soybeans  Cotton  Rapeseed  The U.S. in 2004 produced 50% of corn, 85% soybeans, and 75% of all cotton from GM seed varieties ◦ Argentina, Brazil, and China also big producers

9  Exchange of capital, goods, and services across international territories or boundaries  Importance has risen in the last century  Life without international trade  Standard of living

19  Current legislation has become more accepting of GM Crops & Food ◦ Hope that this trend will continue through increased research, increased input costs, and growing population  Patents for biotech companies ◦ Speculation that may allow some patents to run out or not be renewed for fear of monopoly ◦ Biotech companies developing technology protection systems  Terminator System

21  Most research done has yielded favorable results for GM crops & food  More research done on GM Crops becoming ‘superweeds’ ◦ Breeding with native plants and polluting genetics of indigenous plants ◦ GM corn in U.S. has spread to Mexico  Pollen can travel tens of kilometers  Even with unfavorable research on GM and the environment, human needs will prevail over the environment’s

24  GM Crops and Food relatively new to the scene  Will see more use with further research, increased world population, and policy  WTO has ruled in favor of U.S. in trade dispute with E.U.  Human needs will prevail over environmental as proven throughout history 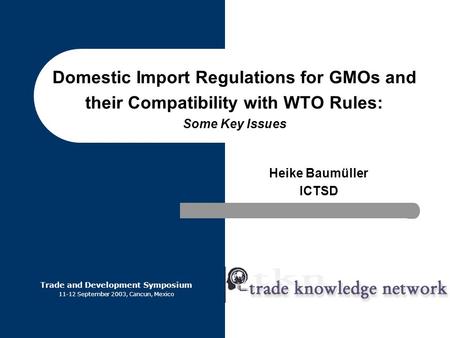 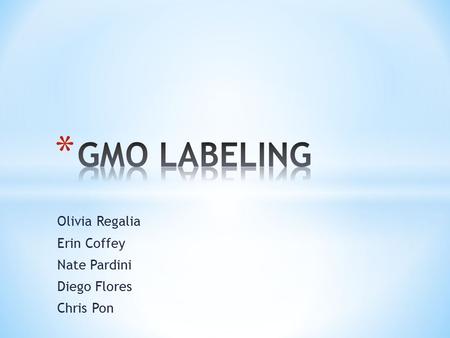 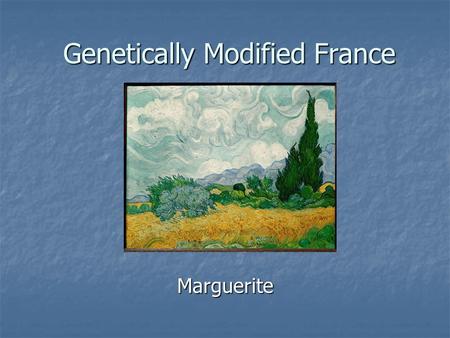 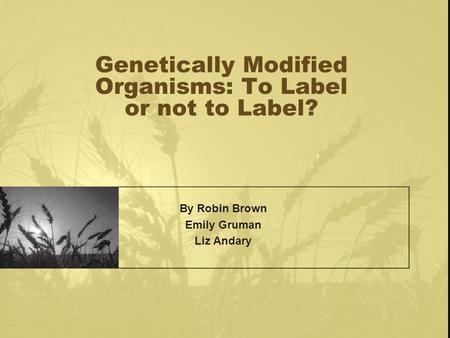 Genetically Modified Organisms: To Label or not to Label? By Robin Brown Emily Gruman Liz Andary. 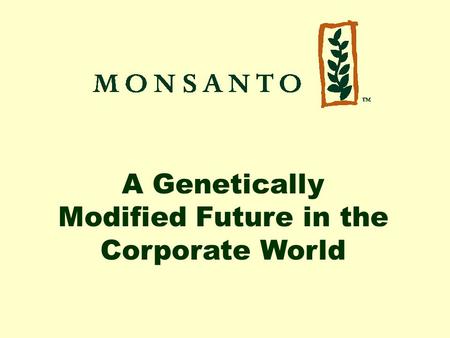 A Genetically Modified Future in the Corporate World. 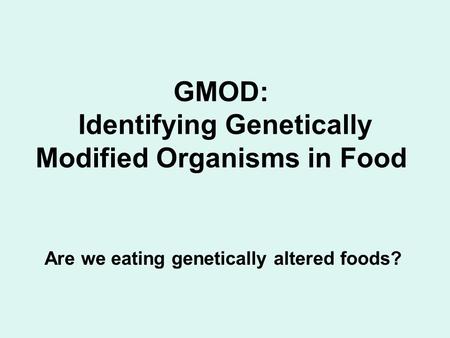