2 The Italian Renaissance
Renaissance means “rebirth”. The Renaissance in Europe – a rebirth in learning and art-occurred between 1350 and 1550 AD. During the Renaissance people believed they could make the world better and they focused on human achievement and became more secular, meaning they were more interested in the world than religion.

3 C. The Renaissance started in Italy, the center of the once great Roman Empire. The city-states of Italy became very wealthy D. Florence and Venice were important city-states during the renaissance. FLORENCE

4 E. More people in Italy lived in the city or urban areas than the country and artists had more people to buy their works.

7 II. The Rise of Italian City-States
No ruler was able to unite all of Italy. There were several reasons for this. The Catholic church wanted to prevent a strong ruler from controlling the pope and the church. Also, the city-states were equally powerful and wealthy competing against each other. B. Italy was in a perfect location for trade. The Italians traded with the French, Spanish, Dutch, English, Turks, Arabs, and Byzantines.

10 C. The Mongols helped promote trade in Italy by protecting the Silk Road. Marco Polo, a merchant from Venice, had published a book about his travels to the East.

11 D. Florence was the first city-state to grow wealthy and is the most famous city of the Renaissance. Florentine bankers became experts at valuing coins and they became wealthy. They began lending money and charging interest. Florence’s richest family, the Medici, were bankers.

13 III. The Urban Noble Noble families moved into cities and mixed with wealthy merchants there. Wealthy merchants copied the nobles lifestyle, and soon the children of merchants and nobles were marrying each other. These families became the upper class.

16 C. To deal with the other city-states, Italian rulers developed diplomacy, which is the art of negotiating or making deals.

17 D. Niccolo Machiavelli, a diplomat in Florence, thought people were too greedy and self-centered. He thought rulers should not try to be good, but should do whatever is necessary to keep power and protect a city. 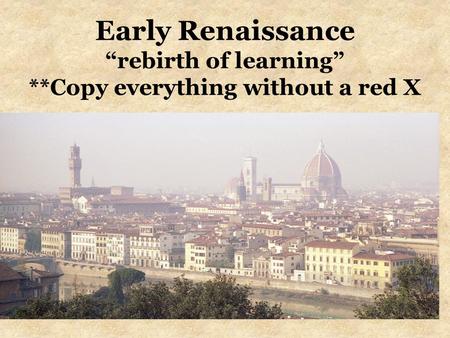 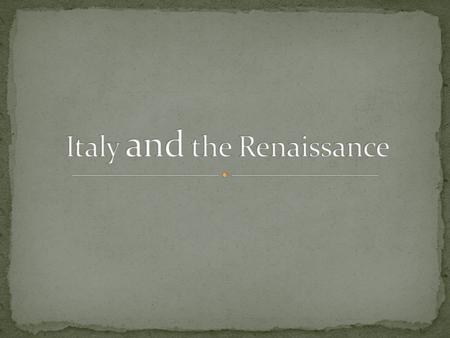 Italy and the Renaissance 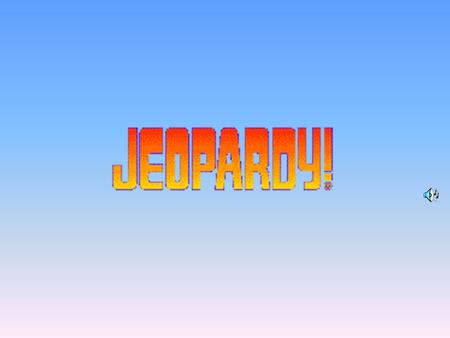 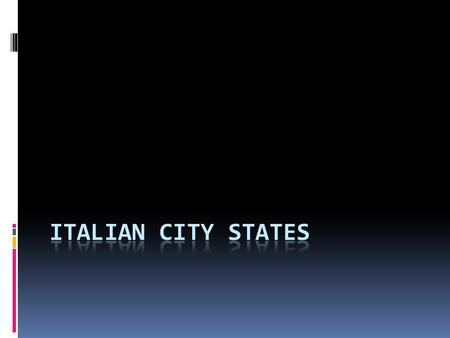 General Information  Renaissance was possible because Italy wasn’t a united country until the nineteenth century.  It flourished because of the small. 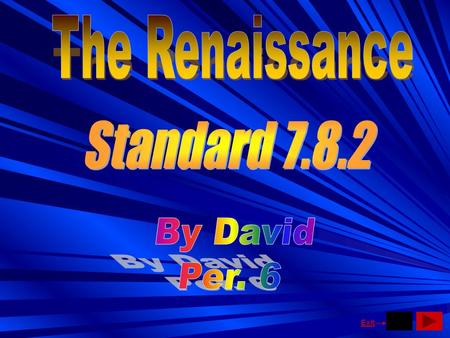 Exit. Click on the answer button to get the answer. Answer: 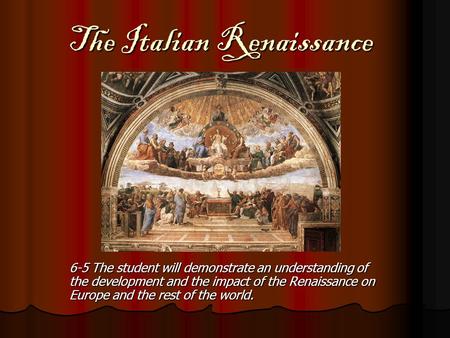 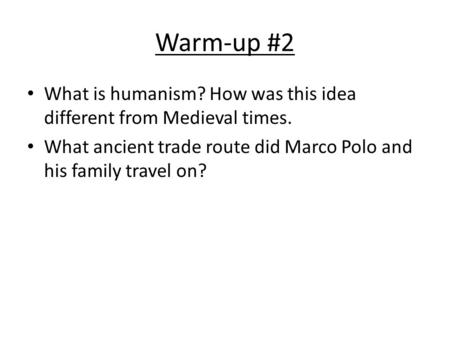 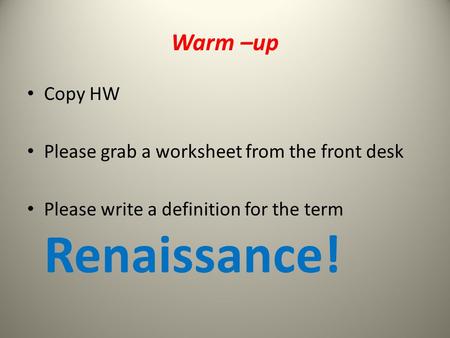 Warm –up Copy HW Please grab a worksheet from the front desk Please write a definition for the term Renaissance! 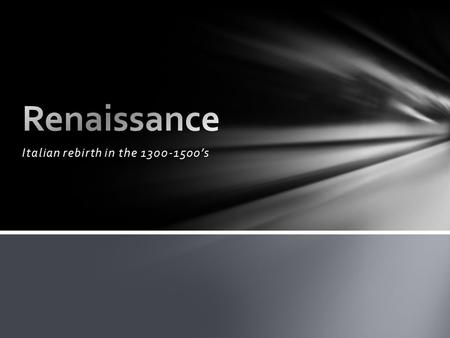 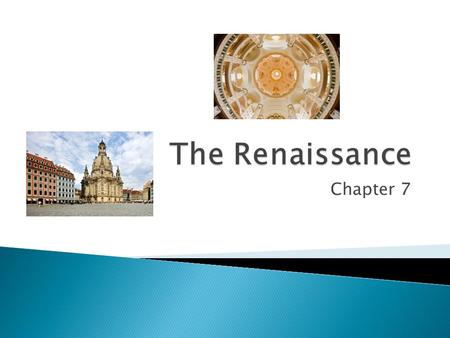 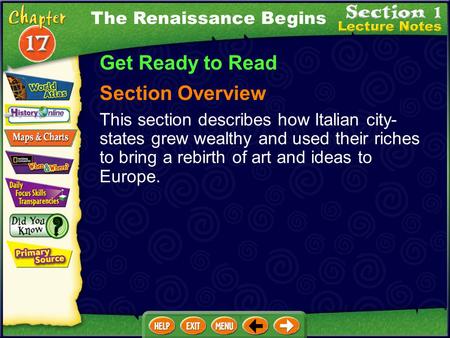 Get Ready to Read Section Overview This section describes how Italian city- states grew wealthy and used their riches to bring a rebirth of art and ideas. 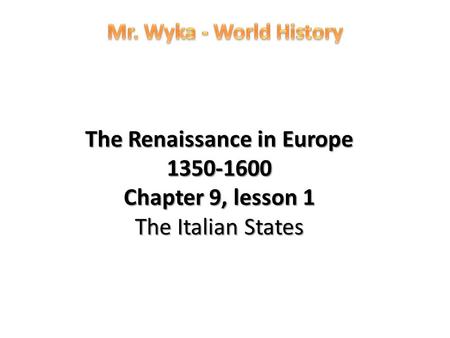 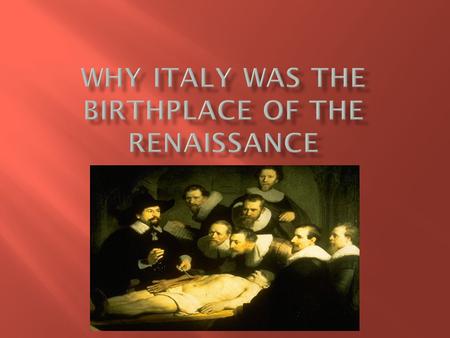 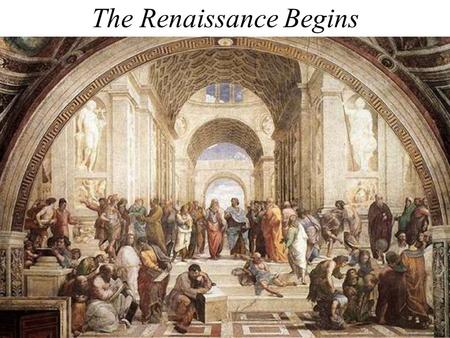 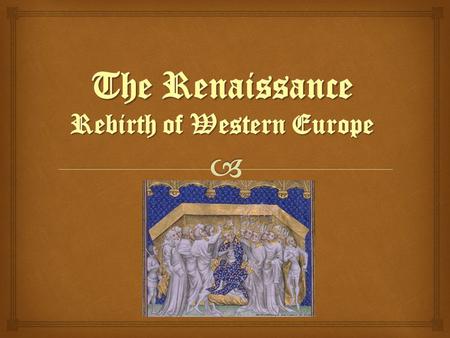   The word Renaissance means rebirth.  Used to describe the time that followed the Middle Ages  The Renaissance was a time of new thought and advancement. 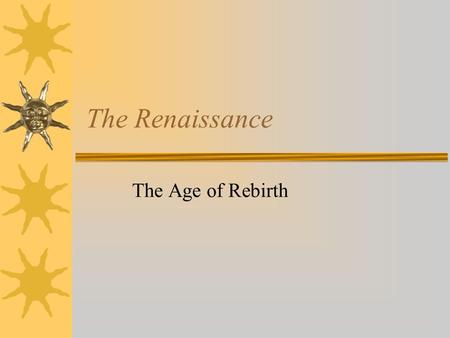 The Renaissance The Age of Rebirth. The Renaissance  Around 1300, western European scholars developed an interest in classical writings  This led from.