Presentation on theme: "Christmas Layman. In the sixth month, God sent the angel Gabriel to Nazareth, a town in Galilee, to a virgin pledged to be married to a man named."— Presentation transcript:

2 In the sixth month, God sent the angel Gabriel to Nazareth, a town in Galilee, to a virgin pledged to be married to a man named Joseph, a descendant of David. The virgin's name was Mary. The angel went to her and said, “Greetings, you who are highly favored! The Lord is with you…”

3 …Mary was greatly troubled at his words and wondered what kind of greeting this might be. But the angel said to her, “Do not be afraid, Mary, you have found favor with God. You will be with child and give birth to a son, and you are to give him the name Jesus…

4 …He will be great and will be called the Son of the Most High. The Lord God will give him the throne of his father David, and he will reign over the house of Jacob forever; his kingdom will never end…”

5 “…How will this be,” Mary asked the angel, “since I am a virgin?” The angel answered, “The Holy Spirit will come upon you, and the power of the Most High will overshadow you…

6 …So the holy one to be born will be called the Son of God. Even Elizabeth your relative is going to have a child in her old age, and she who was said to be barren is in her sixth month. For nothing is impossible with God”- Luke 1:26-37

7 This is how the birth of Jesus Christ came about: His mother Mary was pledged to be married to Joseph, but before they came together, she was found to be with child through the Holy Spirit. Because Joseph her husband was a righteous man and did not want to expose her to public disgrace, he had in mind to divorce her quietly…

8 …But after he had considered this, an angel of the Lord appeared to him in a dream and said, “Joseph son of David, do not be afraid to take Mary home as your wife, because what is conceived in her is from the Holy Spirit. She will give birth to a son, and you are to give him the name Jesus, because he will save his people from their sins...”

9 ...All this took place to fulfill what the Lord had said through the prophet: “The virgin will be with child and will give birth to a son, and they will call him Immanuel”-which means, “God with us…”

10 …When Joseph woke up, he did what the angel of the Lord had commanded him and took Mary home as his wife. But he had no union with her until she gave birth to a son. And he gave him the name Jesus…

11 …After Jesus was born in Bethlehem in Judea, during the time of King Herod, Magi from the east came to Jerusalem and asked, “Where is the one who has been born king of the Jews? We saw his star in the east and have come to worship him…”- Matthew 1:18-2:8

15 Enter Jesus: Immanuel- God with us, Jesus- he will save his people, the son of the Most High, the Son of God, King

16 Jesus: - UNIQUELY Born (the ONLY) son of God - Gives everyone the right to become children of God simply by repenting and believing in Jesus

17 Yet to all who received him, to those who believed in his name, he gave the right to become children of God– John 1:12

18 “They were taking the identity of the Roman emperor and giving it to a Jewish peasant. Either that was a peculiar joke and a very low lampoon, or it was what the Romans called majistas and we call high treason”- Crossan (Historian)

19 Good News- Not just saved from, but saved for …Jesus went into Galilee, proclaiming the good news of God. “The time has come,” he said. “The kingdom of God is near. Repent and believe the Good News!” – Mark 1:14-15 We’ve been praying for this for years…

20 This, then, is how you should pray: “Our Father in heaven, hallowed be your name, your kingdom come, your will be done on earth as it is in heaven…”- Matthew 6:9-10

22 The next years of my life don’t have to be about me “hanging out on earth waiting to die and get to heaven, but they can be about me living on earth in a way that heaven gets through me to everyone else”- Shaun Groves

24 Repent- “Jesus is Lord!” Question 3 Times: “Do you renounce evil?” “I do” Spit- declaring the old king is now my enemy

25 Takeaways: - Christmas is not about a harmless little baby lying in a manger - Christmas is about the overthrow of a king and his kingdom - And a choice of allegiance

Download ppt "Christmas Layman. In the sixth month, God sent the angel Gabriel to Nazareth, a town in Galilee, to a virgin pledged to be married to a man named." 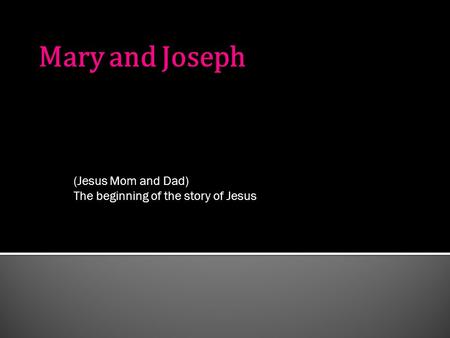 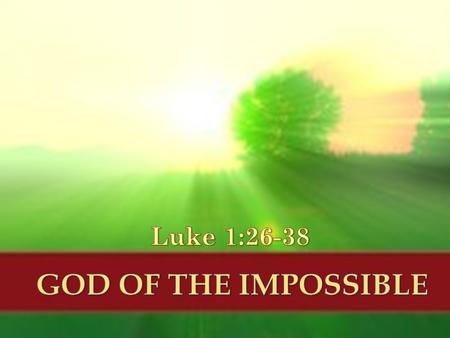 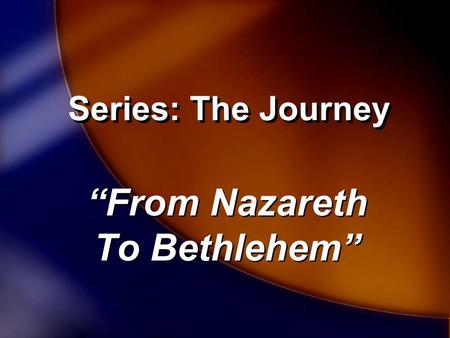