Vocabulary Chapter 5. The phrase meaning the relationship between two changing quantities is the.

Presentation on theme: "Vocabulary Chapter 5. The phrase meaning the relationship between two changing quantities is the."— Presentation transcript:

8 An equation that models a linear function is called a

14 The standard form of a linear equation is given by

20 Lines that intersect to form right angles are called

22 Two numbers whose product is -1 are called

24 The slopes of parallel lines are

26 The slopes of perpendicular lines are

30 A line on a scatter plot, drawn near the points, that shows a correlation is called a

40 A shift of a graph horizontally, vertically, or both is also called a

Download ppt "Vocabulary Chapter 5. The phrase meaning the relationship between two changing quantities is the." 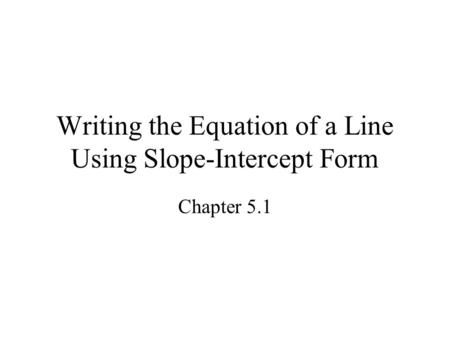 Writing the Equation of a Line Using Slope-Intercept Form Chapter 5.1. 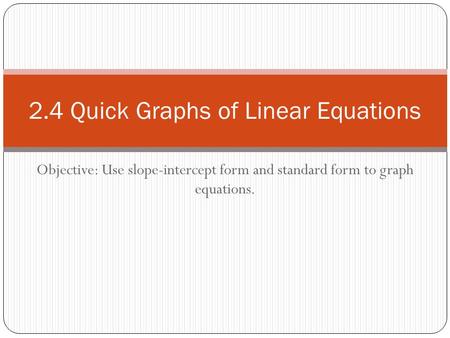 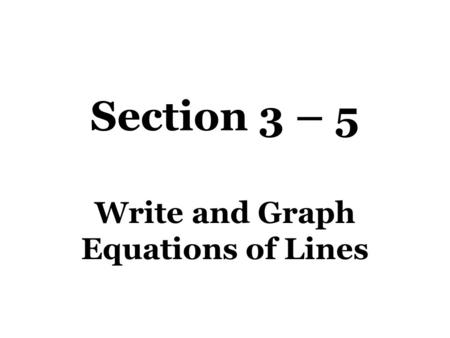 Write and Graph Equations of Lines 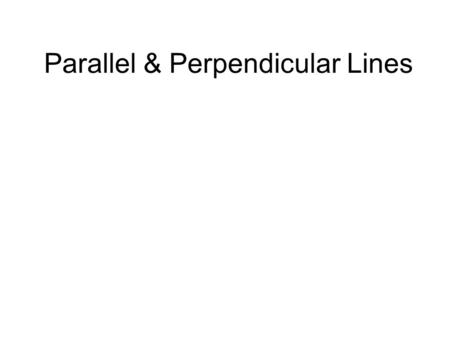 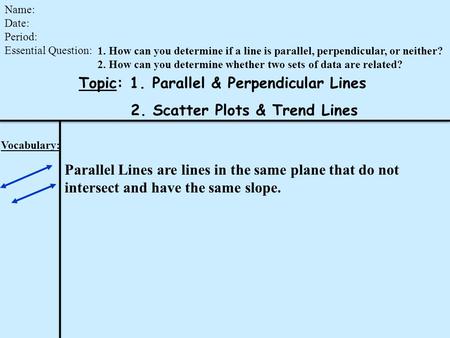 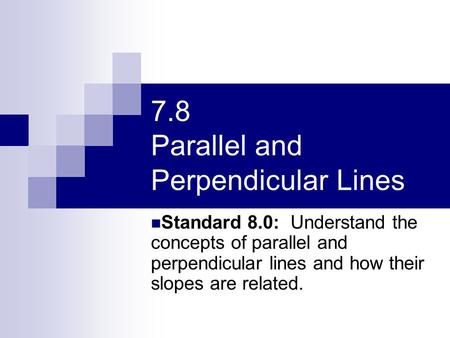 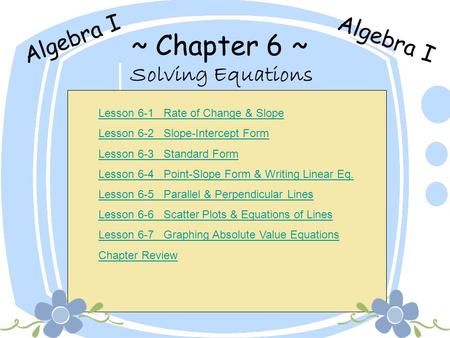 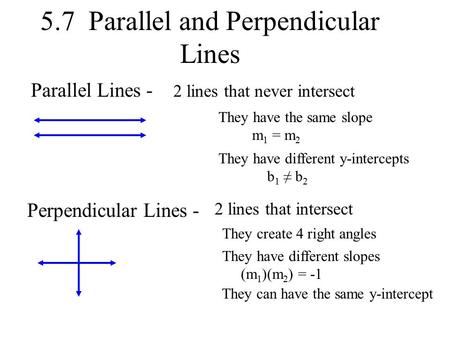 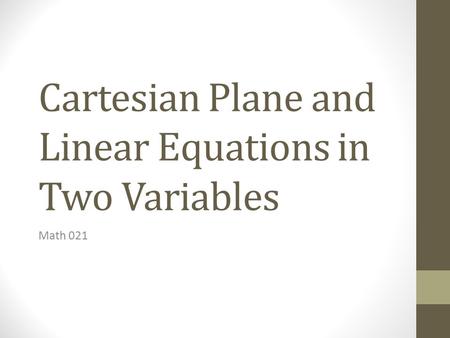 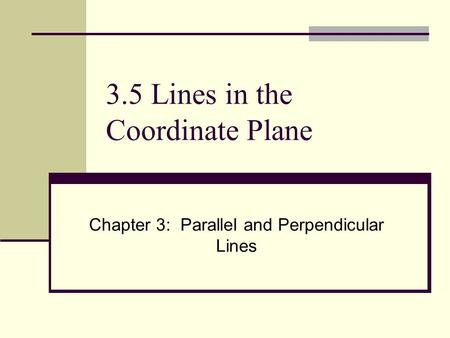 3.5 Lines in the Coordinate Plane 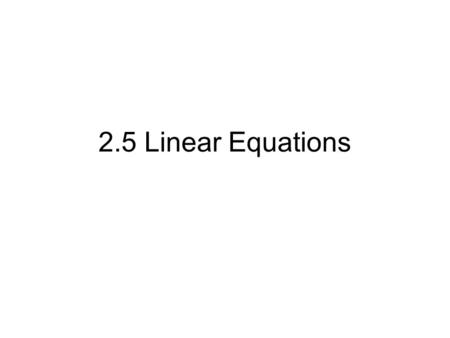 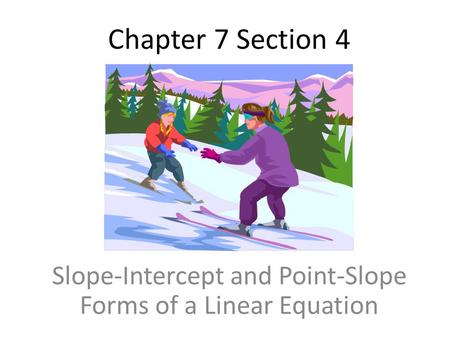 Slope-Intercept and Point-Slope Forms of a Linear Equation 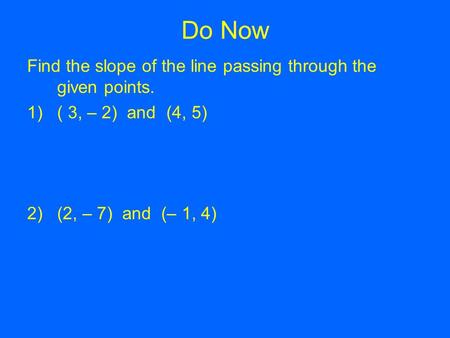 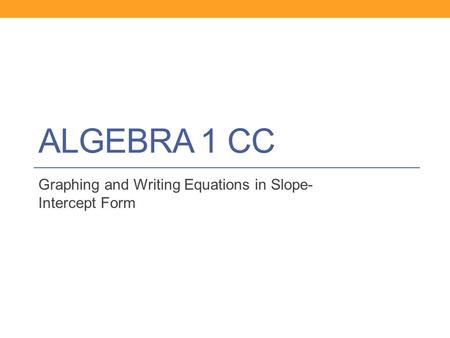 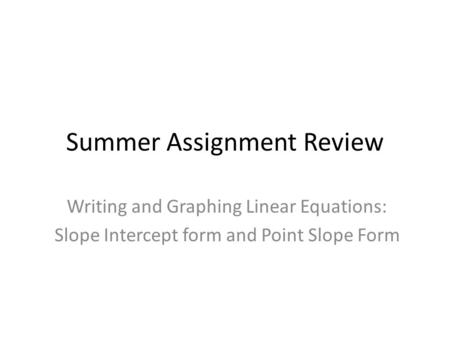 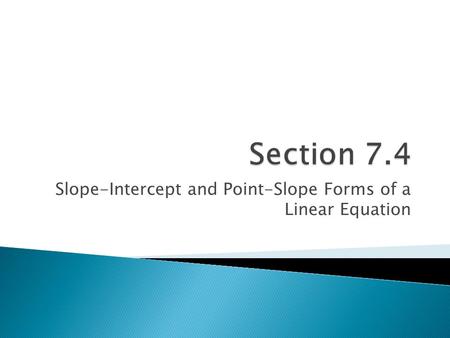 Slope-Intercept and Point-Slope Forms of a Linear Equation. 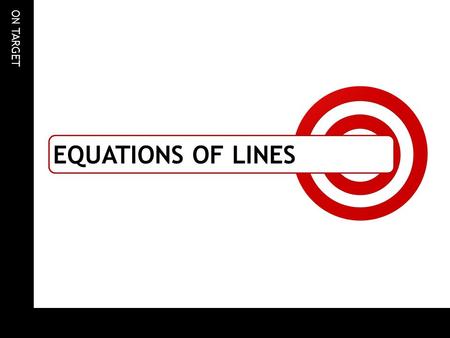 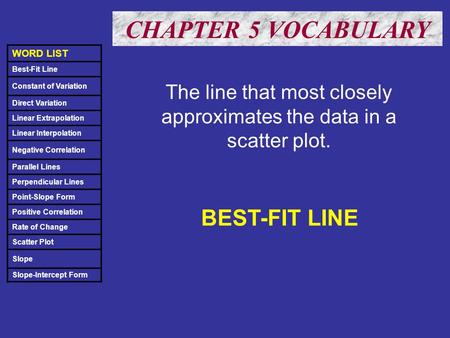 The line that most closely approximates the data in a scatter plot. 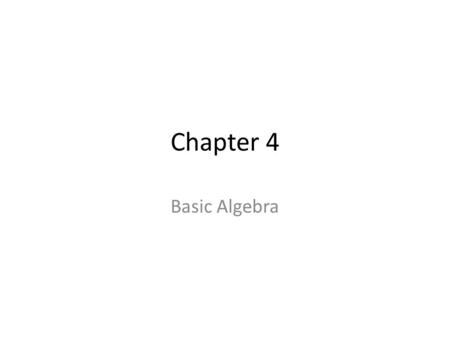 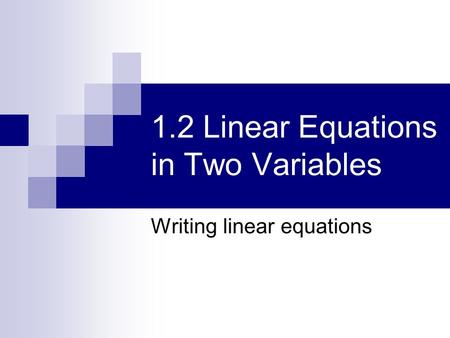