2 Learning Objectives By the end of this lecture, you should be able to:
Be able to look up a z-score on a standard Normal table and interpret the number that is found there. Be able to do various calculations involving areas under the density curve using the Normal table

4 Another shortcut to learn
In addition to Greek letters, statisticians sometimes employ written shortcuts to represent various distributions and their key numbers. For example, a shortcut to represent a Normal distribution is ‘N’ followed by two numbers in parentheses: N(n1, n2) n1 represents the mean n2 represents the standard deviation For our grade equivalent score, rather than say: “This distribution was approximately Normal with a mean of 7 and a standard deviation of 2.17, we would simply write: N(7, 2.17).

10 Example: What percentage of people scored less than 6?
Answer: You can’t tell! Recall that you need the mean and SD to determine a z-score. Okay - suppose I give you: N(7, 2.44). Now what is the z-score? Answer: z = (6 – 7) / 2.44 = Important point: Once you have the z-score, you can – and probably should – forget the actual number! Focus only on the z-score. So, in this case, we no longer think in terms of the grade score ‘6’. Instead, we only think in terms of being 0.41 standard deviations below the mean. Recall: This is statistical shorthand for saying that the dataset is Normally distributed with a mean of 7 and an sd of 2.44.

12 What does this number from the z-table tell us?
Our table tells us that a z-score of corresponds to a probability of We multiply by 100 to get: , or 34%. Question: Do you remember what this percentage tells us in terms of area under the density curve? Answer: It tells us the area to the left of the z-score. So the area to the left of z = is 34%. Conclusion: 34% of people who took this exam scored less than 6. Put another way, if a person had a score of exactly 6, you would say that they were in the 34th percentile.

18 Answer: About 84% of students would qualify.
Example: The National Collegiate Athletic Association (NCAA) requires Division I athletes to score at least 820 on the combined math and verbal SAT exam to compete in their first college year. The SAT scores of 2003 were approximately normal with mean 1026 and standard deviation 209. What proportion of all students would be NCAA qualifiers (SAT ≥ 820)? Remember that the first step is always to get a good picture in your head of what is being asked. The WORST thing you can do is to start banging numbers into a calculator without being sure you understand what you are being asked to do! Let’s do this now: Answer: About 84% of students would qualify.

20 The NCAA defines a “partial qualifier” eligible to practice and receive an athletic scholarship, but not to compete, with a combined SAT score of at least 720. What proportion of all students who take the SAT would be partial qualifiers? That is, what proportion have scores between 720 and 820? Answer: The key here is to find the area between 720 and 820. To do this, we calculate the area to the left of each and then find the difference between the two. area between = area left of area left of 720 720 and 820 = = about 9% Conclusion: About 9% of students would be considered “partial qualifiers.”

22 Who cares about the area under the curve???
We will be spending a lot of time looking at Normal curves throughout the course and calculating the areas under the curve. For this reason, it is very important that you do not simply learn to calculate the answer, but rather, that you understand what it is you are concluding when you come up with a numeric “answer”. When we want to draw conclusions, or make predictions, and so on, we begin with a sample. For example, if we are interested in the average height of women at our university, we may start by taking a random sample of, say, 25 women and measure their heights. From there, we graph the data and decide if it looks like a Normal distribution. If it does, then we can take this data and try to infer information about ALL women at our university.

23 The Worst Thing You Can Do:
Is to keep plugging numbers into formulas until you find an answer that seems right. When answering these types of questions, it is VITAL that you make sure you understand the question being asked in terms of how it looks on the graph. In fact, truly understanding the question being asked should be your goal not just for Normal distribution / z-score type questions, but for nearly all statistical questions. 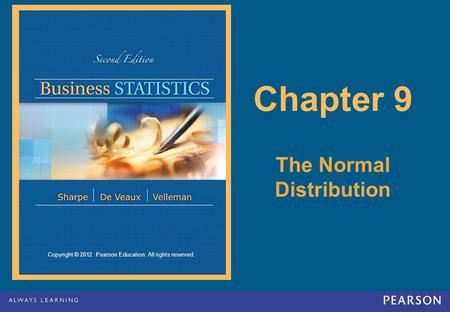 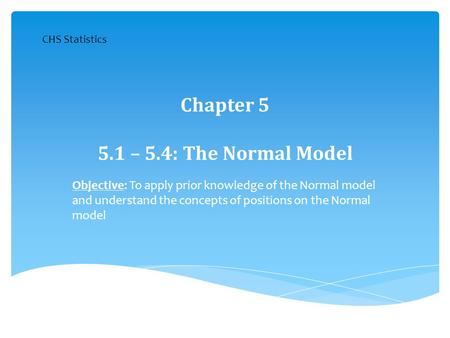 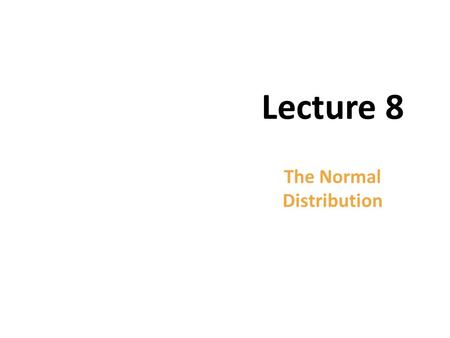 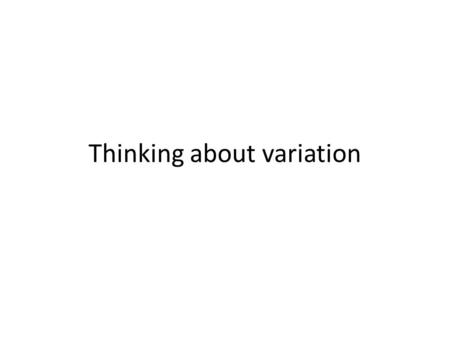 Thinking about variation. Learning Objectives By the end of this lecture, you should be able to: – Discuss with an example why it is important to know. 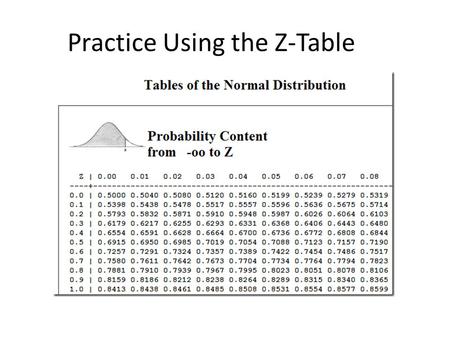 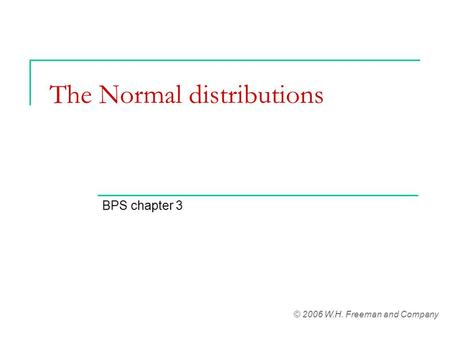 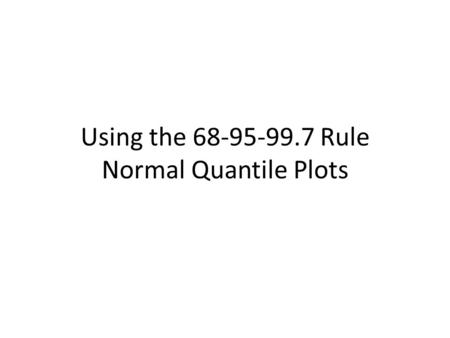 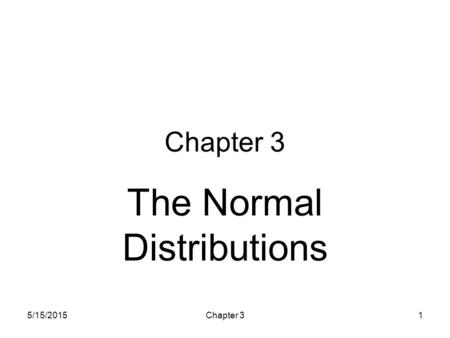 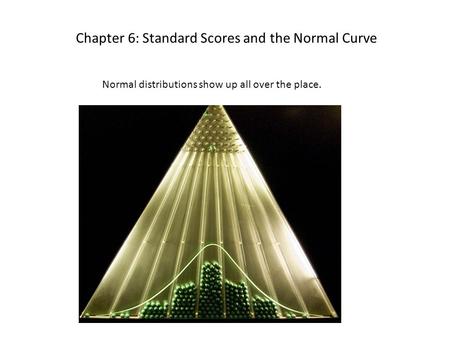 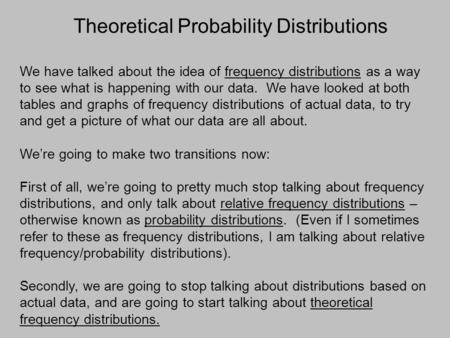 Theoretical Probability Distributions We have talked about the idea of frequency distributions as a way to see what is happening with our data. We have. 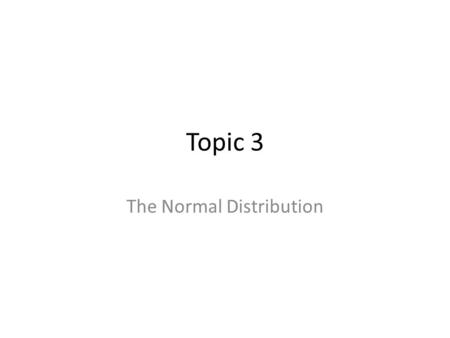 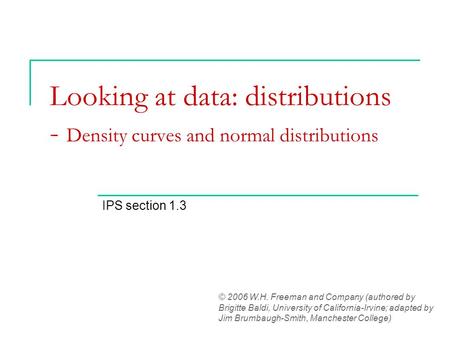 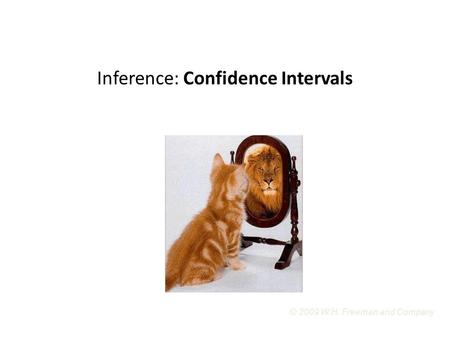 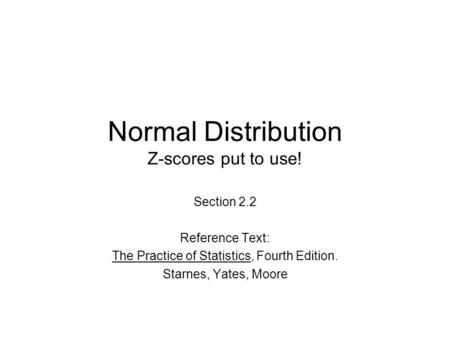 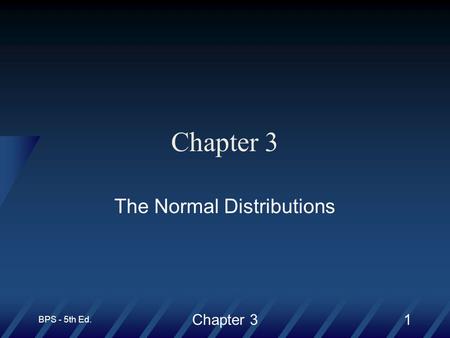 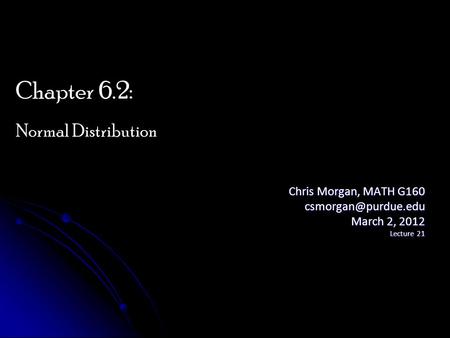 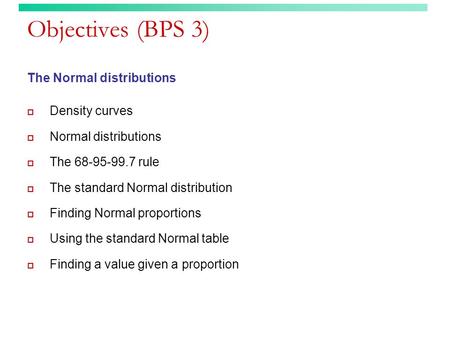 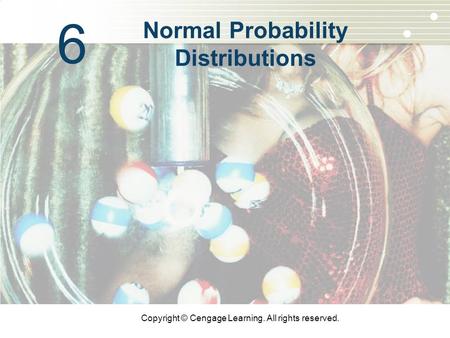 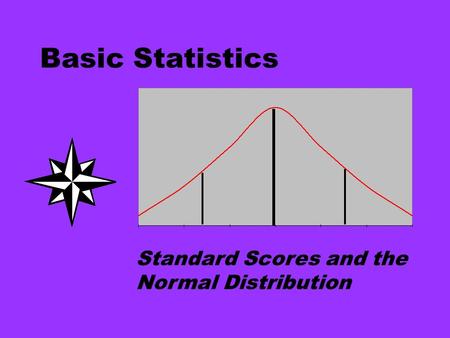 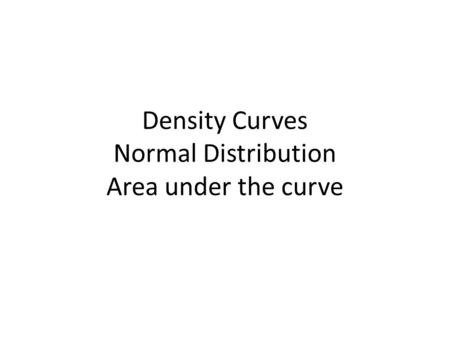