An accounting device used to analyze transactions is a called a/an ____________ T ACCOUNT.

5 The balance of an account _____ on the same side as the normal balance.
INCREASES

7 Each transaction changes the balance in at least ____ accounts.
TWO (2)

9 When cash is paid for supplies, the supplies account is increased by a ______.
DEBIT

10 Common accounting practice is to record withdrawals as debits directly in the ______ account.
NAME, DRAWING

13 Increases in expense accounts are recorded as debits because they ______ the owner’s capital account. DECREASE

14 The normal balance side of an accounts receivable is a _____.
DEBIT

15 Accounts Payable accounts are _____ with a credit.
INCREASED

16 Advertising Expense is ____ with a debit.
INCREASED

18 Prepaid Insurance is ____ with a credit.
DECREASED

19 To summarize withdrawal information separately from the other records, owner withdrawal transactions are recorded in the ____ account. DRAWING

20 Increases to liability accounts are recorded on the ____ side.
CREDIT

22 If an amount is recorded on the side of a T account opposite the normal balance side, the account balance ______. DECREASES

23 The normal balance side of an asset account is the ___ side.
DEBIT

24 When the owner invests cash in a business, the owner’s capital account is increased by a ____.
CREDIT

26 When cash is received from sales, the change in the owner’s equity is usually recorded in a separate ______ account. REVENUE

27 Increases in a revenue account are shown on a T accounts ____ side.
CREDIT

29 The normal balance side of any expense account is the ____ side.
DEBIT 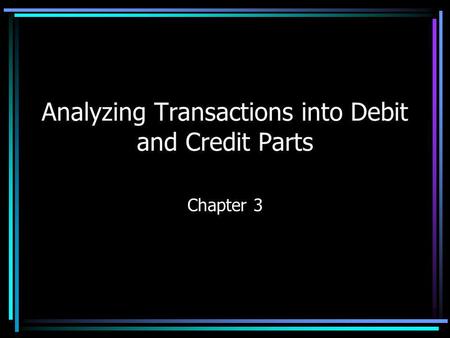 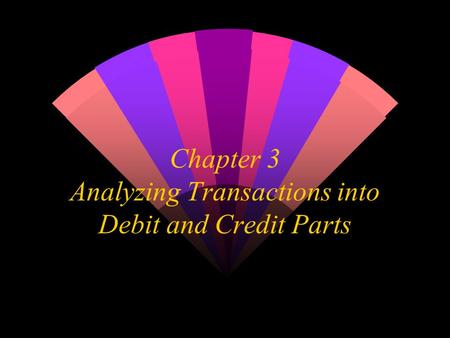 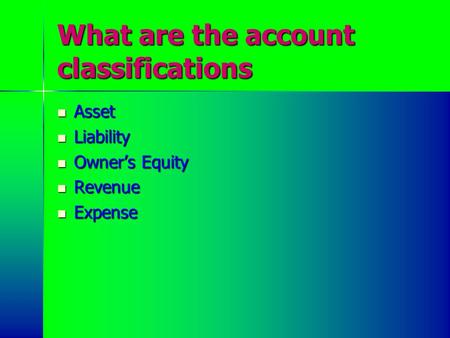 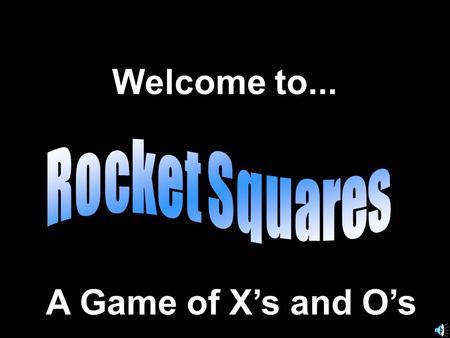 Welcome to... A Game of X’s and O’s. Rules Groups of two are asked and can answer as a pair NO NOTESNO NOTES Go around the room in order 3 in a row wins. 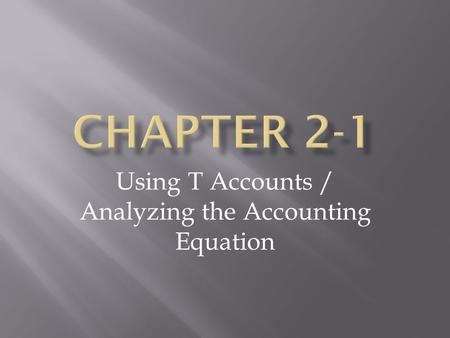 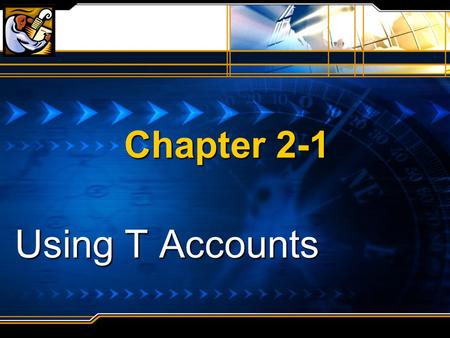 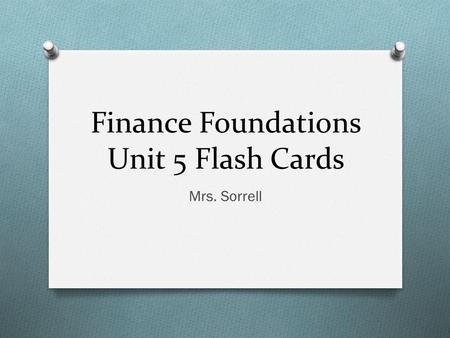 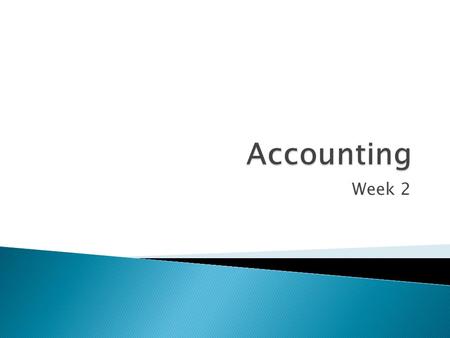 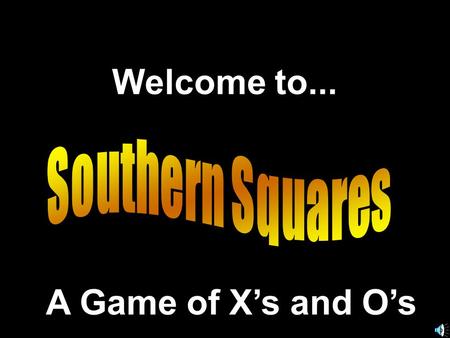 Welcome to... A Game of X’s and O’s. Rules Only one person is asked and can answer NO NOTES Go around the room in order 3 in a row wins the game If no. 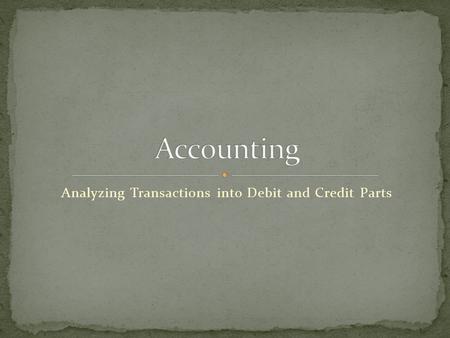 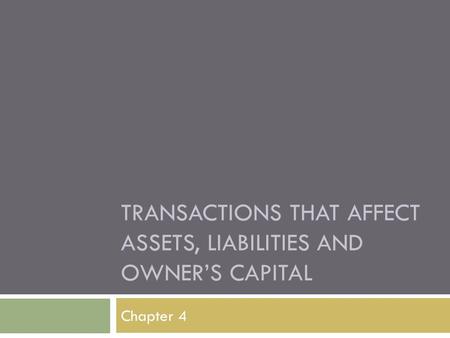 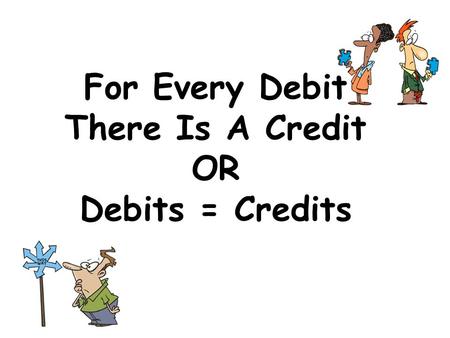 For Every Debit There Is A Credit OR Debits = Credits. 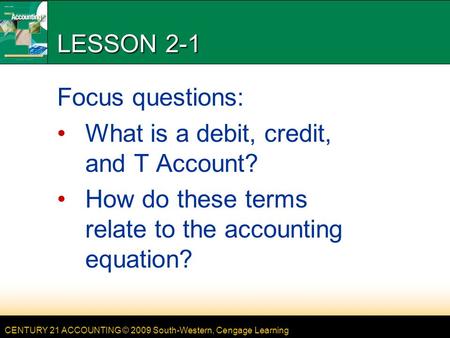 CENTURY 21 ACCOUNTING © 2009 South-Western, Cengage Learning LESSON 2-1 Focus questions: What is a debit, credit, and T Account? How do these terms relate. 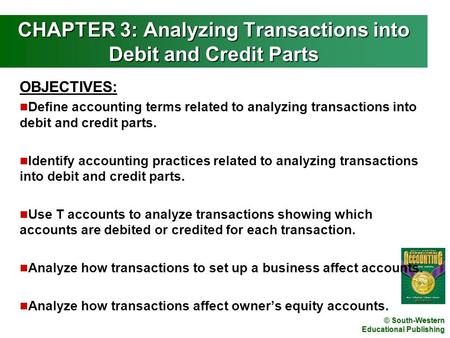 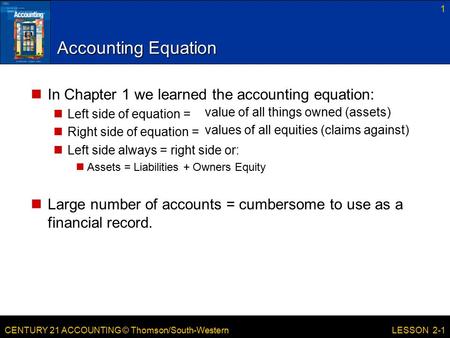 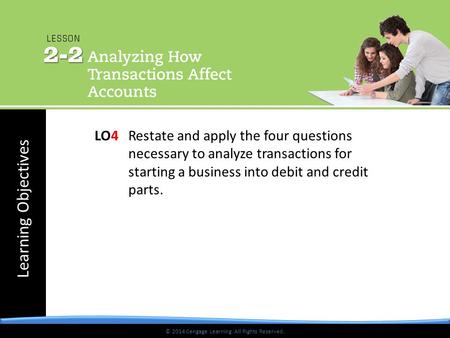 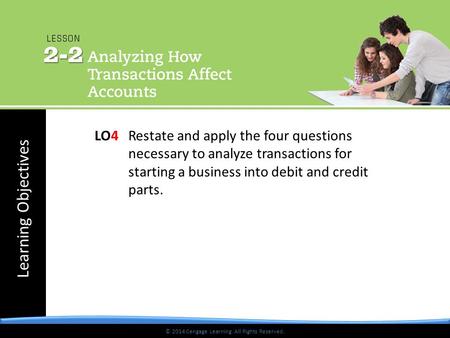 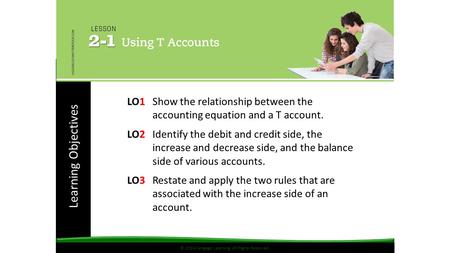 Learning Objectives © 2014 Cengage Learning. All Rights Reserved. LO1Show the relationship between the accounting equation and a T account. LO2 Identify. 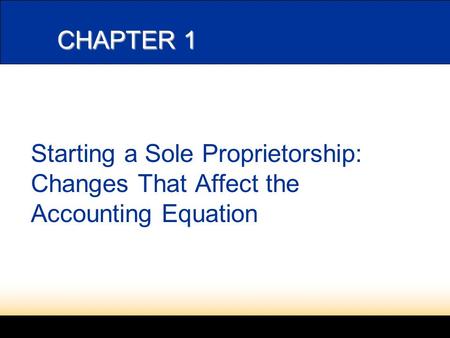