2 Apostrophes Apostrophes are perhaps the most confusing of all punctuation marks They have a number of uses: Showing possession Singular, plural, and joint Indicating omissions Forming some plurals Some of the uses seem contradictory All are confusing

5 Showing Joint Possession Joint possession indicates that two or more people share something The apostrophe should be added to the last item in the series Bob and Carol’s bed Exception: Add the apostrophe to both items to show individual possession Ted’s and Alice’s underwear

6 Rules for Compound Nouns Hyphenated nouns add to the confusion Show possession by adding ’s at the end of the word The governor-general’s car My brother-in-law’s boat But: To form the plurals of hyphenated nouns, add s only to the first word Governors-general from four countries Brothers-in-law and their wives

7 Forming Contractions Contractions are frequently used in speaking and informal writing When in doubt, write the words out in full without using a contraction Apostrophes are used to show where letters or numbers have been left out Don’t = Do not The flood of ’97 Should’ve = Should have it’s = It is (or It has) (not “should of”) (not “should of”) (Memorize this rule)

8 Forming Plurals Note: Some guides recommend not using apostrophes to show plurals in abbreviations and numbers VCRs 5s 1920s Choose one rule or the other and follow it consistently Add ’s to form the plurals of numbers, letters, symbols, and abbreviations A sale on VCR’sI got two A’s His 5’s look like S’sI use many @’s with e-mail

9 Using Pronouns to Show Possession Personal pronouns do not use apostrophes to show possession We refer to his boat, not he’s boat None of these pronouns uses an apostrophe: His, hers, ours, yours, theirs, whose, its Note: It’s = it is or it has It’s a nice day or It’s been fun A chicken lays eggs in its nest. Indefinite pronouns use ’s to show possession in the same way as nouns Someone’s car each other’s work Anybody’s guess no-one’s fault

10 Trouble Spots Don’t use apostrophes to form the plurals of names X Come to a party with the Jackson’s Have a visit with the Osbournes On a related note, don’t change y to ies when forming plurals of names ending in y X Pictures of the Kennedies X Gossip about the Kennedy’s Scandals involving the Kennedys

12 Practise Exercise Click on the button below to get to an interactive practise exercise Here’s the address if you’re keying it in: Just before you go, there’s one more rule that I should mention: It’s means it is http://xnet.rrc.mb.ca/leshanson/Hot_Potato/apostrophe6.htm 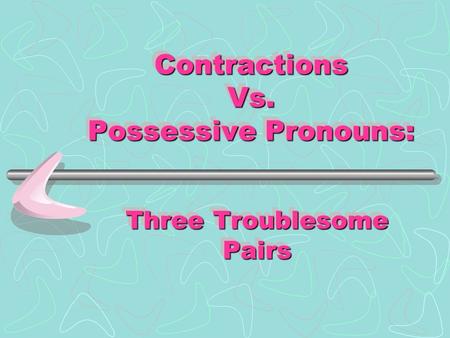 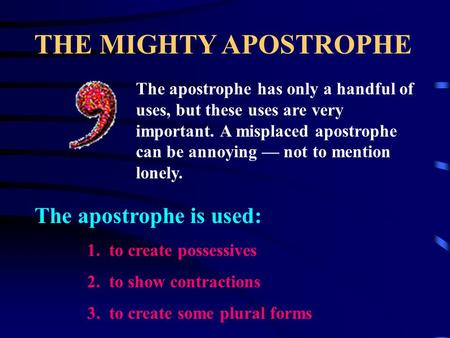 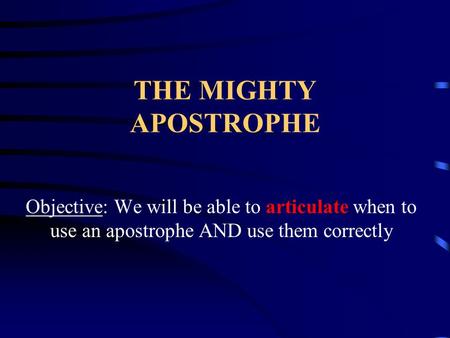 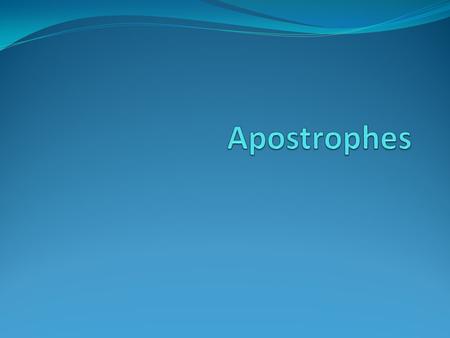 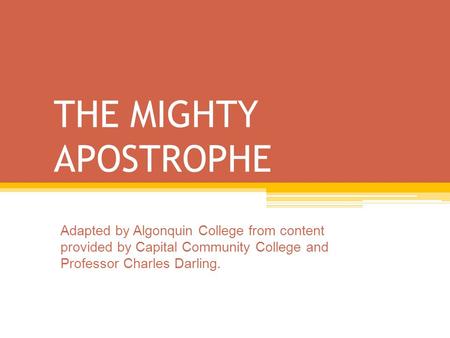 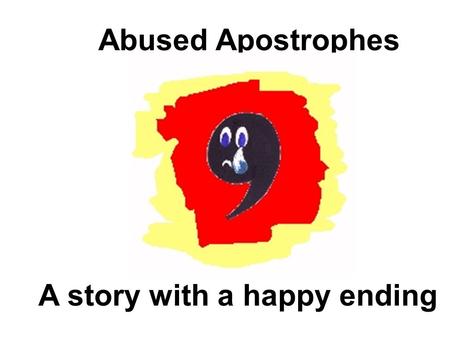