3 I. U.S. District Courts A. District Courts- federal courts where trials are held and lawsuits are begun. All states have at least one. B. For federal cases, district courts have original jurisdiction- the authority to hear the case for the first time.

6 II. U.S. Courts of Appeals A. People who lose in district court often appeal to the U.S. Court of appeals. 1. Appeals courts- review decisions made in lower district courts. 2. Appellate jurisdiction- the authority to hear a case appealed from a lower court.

7 B. Each of the 12 U.S. courts of appeals covers a particular geographical area called a circuit.
*** A 13th appeals court, the Court of Appeals for the Federal Circuit, has nationwide jurisdiction.***

9 C. The judges may decide in one of three ways:
1. Uphold original decision 2. Reverse decision 3. Remand- send back to lower court to be tried again. ***Appeals Courts do not decide guilt of innocence. They just rule on whether or not the original trial was fair and protected the accused person’s rights. Some cases get sent to Supreme Court, but not many.***

10 D. Opinion- written by 1 appellate judge explains the legal thinking behind the court’s decision.
E. Precedent- model for other judges to follow in making their own decisions in similar cases.

11 III. Federal Judges A. Each district court has at least 2 judges. Each appeals court has 6 to 27 judges. Supreme Court has 9. B. President appoints federal judges (with senate approval). They appoint judges who share their views. ***Judges serve for life so president’s decision to appoint judges affects the country after president is out of office!****

12 C. Presidents submit nominations for judges they want to appoint to the senator’s from the nominee’s state. ***If Senator doesn’t approve, president nominates someone else.*** D. Once appointed, a judge can be removed only through impeachment.

13 E. Magistrate judges- each district has one, they do much of the judge’s routine work.
***Ex: hear preliminary evidence, decide if accused should be held in jail or released on bond etc.***

16 Mini Quiz!!! 1. The authority to hear a case for the first time?
2. Written by a judge, letting us know why a court decision has been made? 3. Who appoints all federal judges? 4. Looking back on previous cases to be consistent in court rulings? 5. What federal court has original jurisdiction? 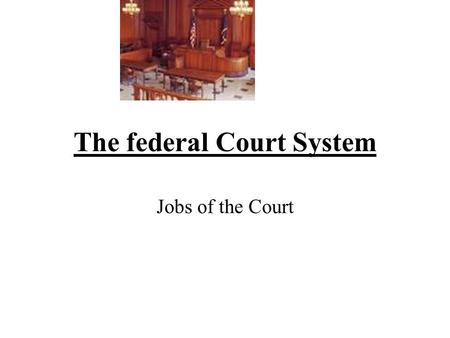 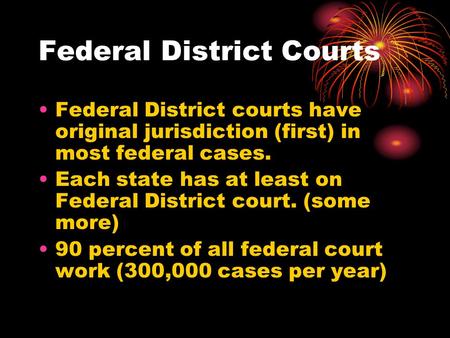 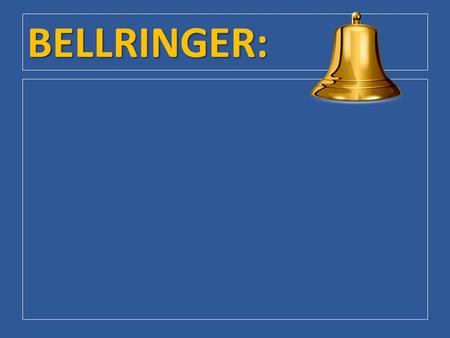