1 The Medieval Church SSWH 7
b. Describe the political impact of Christianity; include Pope Gregory VII and King Henry IV of Germany (Holy Roman Emperor). c. Explain the role of the church in medieval society.

2 The Role of the Church The church was able to survive during the Middle Ages because of: Alliances with France Monasteries (religious communities of people who devoted their lives to God; located in remote countryside) Secular power (more focus on worldly & political matters)

3 The Power of the Church Religious Authority Political Authority
Salvation –promise of life after death Sacraments – religious ceremonies (like baptism & marriage) that provided salvation The Village Church – center of Medieval religious & social life Canon Law – laws & courts established by the church Punishments: Excommunication – banishment from church (denial of salvation & freeing of vassals under your power) Interdict – prohibition (forbidding) of sacraments in your land

4 Church alliance with France
Clovis Converted to Christianity Allied with the church and united France Pepin the Short Pope named him “King by the grace of god.” This was the first time that the church officially gave power to a king. Charlemagne Spread Christianity through Europe & named “Holy Roman Emperor” by the Pope in 800 – joining of Germanic power, the Church, & Roman heritage

5 Conflicts between Religion and Politics
Traditionally, the Emperor would allow the Pope to handle religious matters. The Pope, in turn, would leave political matters to the Emperor. However, as the church began to expand it’s power, conflicts arose. In particular, one major conflict arose over the issue of lay investiture, or the power of kings to appoint important church officials.

7 800 AD In 800 AD, Pope Leo III crowned Charlemagne Emperor. This was one of the first times a pope had exercised the political right of naming an Emperor.

11 1075 AD In 1075, Pope Gregory VII banned the practice of lay investiture. Emperors could no longer appoint important church officials. The banning of lay investiture made German Emperor Henry IV furious with the church.

14 1122 AD In 1122, an agreement was signed between the church and the emperor. This agreement was called the Concordant of Worms. It stated that only the pope could appoint bishops, but that the king could refuse to approve these appointments. 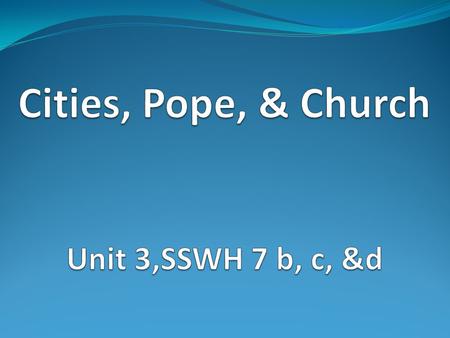 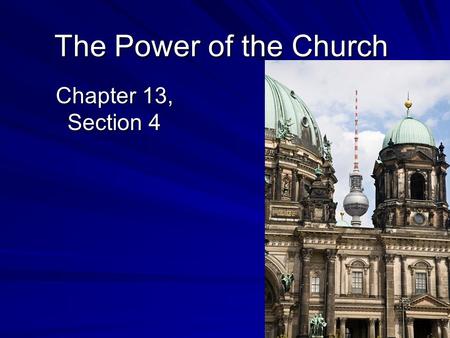 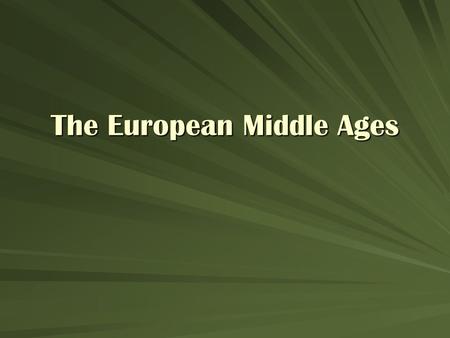