2 Ivan,Alessandro,Fabio and Andrea Present: The biography of Jane Austen

3 Jane Austen was born on 16 December in 1775 in Steventon, Hampshire, and she died on 18 July in 1817 in England. She is best known as:The author of Pride and Prejudice.

4 Jane Austen's novels were witty, warm and ironic portraits of the privileged classes of the 18th- and 19th-century in England. Her best-known works are Sense and Sensibility (1811), Pride and Prejudice (1813), and Emma (1815).

5 Austen was one of eight children of an English clergyman, and given her literary accomplishments she lived a remarkably quiet and domestic life in the rural south of England.

6 She never married and was only 41 when she died.The Pride and Prejudice heroine Elizabeth Bennet and her dashing suitor Mr. Darcy are one of the most famous couples in English fiction.

8 Pride and prejudice written in 1813 tells the story of the Bennet family. At the beginning of the 19th century, the Bennets live in a small country village in Hertfordshire and have five daughters.

9 Mrs Bennet has just one purpose in her life: to find husbands for her daughters, because if they don’t marry, according to the law, their estate will pass to a male relative.

10 The heroine is the second of the daughters, Elizabeth, a girl with a strong personality. Her eldest sister is the gentle Jane, the others are Mary, Kitty, and Lydia.

11 Their calm life is shaken by the arrival of two rich gentlemen, Mr Bingley and Mr Darcy. Bingley falls in love with Jane, and Darcy is attracted to Elizabeth, even if he believes he is socially superior to her.

12 This makes Elizabeth angry. Eventually, they overcome their pride and their prejudices, and the novel ends with the happy marriages of the two couples. 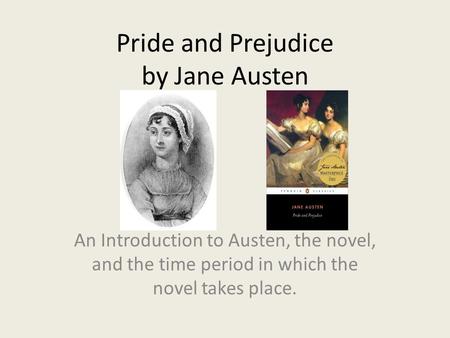 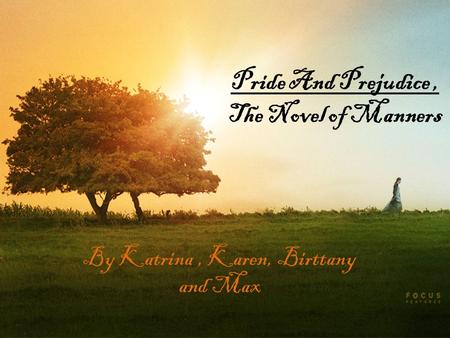 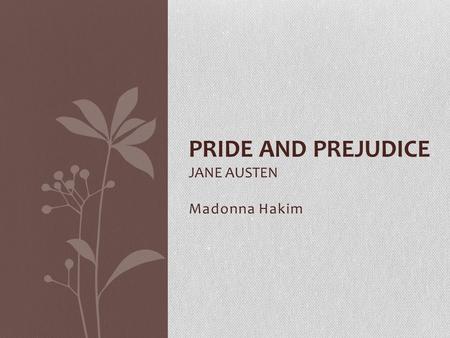 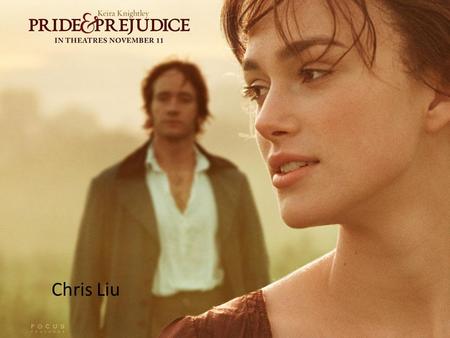