Presentation on theme: "Newtonian Physics Laws of Motion. Force, Mass and Inertia O FORCE O Force is needed to change motion. O There can be no change in an object’s motion without."— Presentation transcript:

2 Force, Mass and Inertia O FORCE O Force is needed to change motion. O There can be no change in an object’s motion without the presence of a Force. O Forces can increase or decrease the motion of an object O Forces can cause a change in direction O Mass O Mass creates Inertia O Objects with greater mass have greater inertia, or resistance to a change in their motion.

3 Units of Force O The NEWTON is the Metric unit used to express force O 1 Newton is needed to cause 1 Kg to speed up by 1 m/sec (Units for math problems need to be meters and Kg) O The Newton is smaller than a pound of force O 4.448 N to 1 Pound

4 Net Force O Forces act together in nature O Adding the forces that are acting on an object is very different than just adding the numbers O Forces act in certain directions, and the Net Force is the result

6 Newton’s First Law O Considered the Law of Inertia O An object in motion will remain in motion, an object at rest will remain at rest, unless acted upon by an unbalanced force. O Balanced forces result in no movement/motion O Inertia: An object’s resistance to a change in its motion

8 1. What is the force that will stop an object that is rolling across the floor? 2. Describe how to find the Net Force acting on an object. 3. What are the units for force?

9 Friction: O Friction is a force between objects that are sliding past one another. O Friction creates the following: O Heat O Wear and tear on an object O Decrease in speed

14 Try another!! O A car accelerates at a rate of 5 m/sec/sec for 6 seconds. It started at a velocity of 10 m/sec, what is its final velocity?

17 O What is the difference between Acceleration and Velocity?

19 Solve the following O If a 2000kg car has an acceleration of 15m/sec/sec, what was the force required to do so? O A 20 N force was applied to a 100 kg box, what acceleration resulted?

23 O If the acceleration of objects in free fall is the same no matter what, then why does a feather take longer to fall than a baseball?

25 Solve the Following: O What is the speed of a rock, dropped from a bridge, that falls for 5 seconds?

26 Upward Launches O When you drop an object it will accelerate at 9.8 m/sec/sec due to the downward force of gravity. What do you think happens if you throw an object up into the air?

29 O An object is thrown up into the air and when it lands its speed was 29.4 m/sec. 1. How long was the object in the air? 2. Set up a chart of the object’s speed from start to finish. Draw a picture to help if necessary

32 O \ O Before we go on, solve the following problem! A rock falls of a cliff and splashes into a river 5 seconds later, how far did it fall?

34 Air Resistance and Terminal Velocity O The size and shape of an object affect the force of air resistance O A feather has its weight spread out over a larger surface area O Shape of the object is also a factor in the ease of falling objects O Objects will stop accelerating at a certain point and proceed to fall at a constant speed. O Terminal velocity is a ratio of an object’s weight to its air resistance. O When the net force becomes zero, the object has reached terminal velocity

35 O A falling object reaches terminal velocity when the force of gravity is balanced by the force of air resistance. O Explain this fact as it relates to Newton’s first and second laws.

Download ppt "Newtonian Physics Laws of Motion. Force, Mass and Inertia O FORCE O Force is needed to change motion. O There can be no change in an object’s motion without." 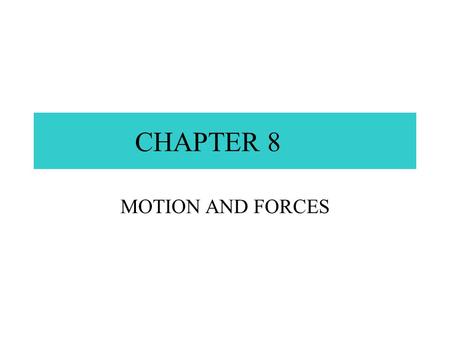 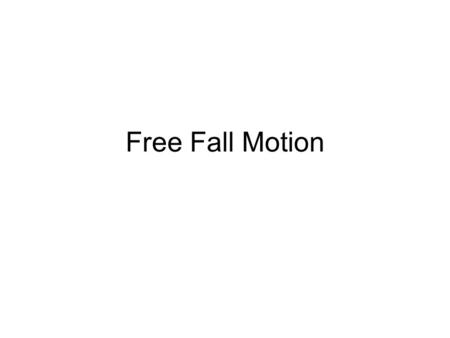 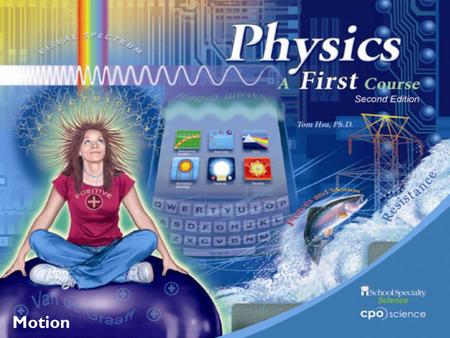 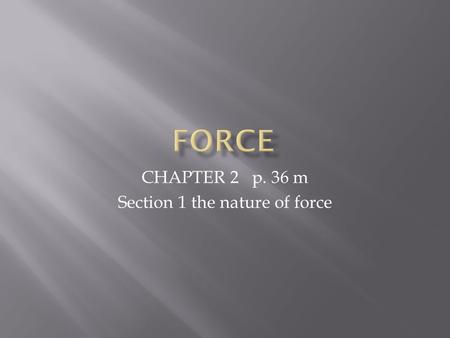 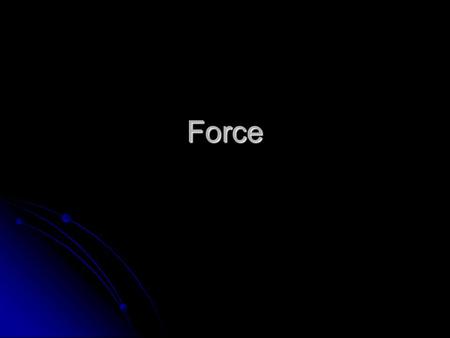 Force What is a Force? Force can be defined as a push or a pull … or anything else that has the ability to change motion.