2 Definition in Dictionary of pharmaceutical medicine 2009 by G Nahler Dictionary of pharmaceutical medicine cross-sectional study Provides a “snapshot” of the frequency and characteristics of a disease in a population at a particular single point in time. best suited for chronic, nonfatal conditions; disadvantages: frequently c.s.s. are unable to distinguish cause from effect, possibility for selection bias

4  Increased body weight and smoking are major determinants of chronic diseases such as cardiovascular diseases and cancer, the associations between tobacco smoking and body mass index(BMI) and waist circumference(WC) are important health issues.  Numerous epidemiological studies have shown that current smokers tend to weigh less than never smokers, while former smokers, especially men, are more likely to weigh more. These findings are of major importance as the fear to gain weight may be an important barrier to quit smoking intensuty. Introduction

5 Population  The EPIC study is an ongoing prospective cohort study consisting of 23 centers from Denmark, France, Germany, Greece, Italy, the Netherlands, Norway, Spain, Sweden, and the United Kingdom.  From 1992 to 2000, more than 500,000 individuals, mostly aged 35 to 70 years old, were mainly recruited from the general population. The present analysis excluded individuals without dietary or lifestyle data. This reduced the sample by 9.7%, resulting in a sample of 131,951 men and 337,592 women.

7 Anthropometric measurements To reduce heterogeneity due to protocol differences in clothing worn during measurement, correction factors of −1.5 kg for weight and −2.0 cm for WC were adopted for subjects who were normally dressed and without shoes, while an adjustment for weight of −1.0 kg was applied for subjects in light clothing. The subjects with a BMI equal to ormore than 25 kg/m 2 but those with less than 30 kg/m 2 were considered overweight while the subjects with a BMI of 30 kg/m 2 or more were classiﬁed as obese

8 TABLE 1 cigarette smoking and BMI The proportion of never, former, and current smokers varied remarkably across countries and gender, whereas BMI and WC showed more heterogeneity across countries than across gender

9 TABLE 2 characteristics of the participants

10 Smoking intensity and differences in IBM

11 Time since quitting and differences in BMI

12 Qualitative and quantitative relationship between smoking and BMI The analysis assessing simultaneously the association between BMI and smoking status, smoking intensity and time since quitting showed that average current smokers (smoking 17 cig/day formen and 13 cig/day for women) had a BMI signiﬁcantly lower than never smokers(men and women showed BMI differences of 0.25 and 0.77 kg/m 2,respectively)

14 DISCUSSION Among the major strengths of this study were its large size, its reliance on a general population sample, the availability of a large number of potential confounders, and the detailed information on smoking intensity and time since quitting that allowed us to analyze these two risk factors on a continuous scale. The main limitation of the present study was its cross-sectional design as this type of design does not allow the temporal sequence of events to be taken into account in order to discard the possibility of reverse causality (overweight being a trigger for smoking) as suggested by Chiolero et al. (2008).

15 Discussion for reasons Three different mechanisms are to explain the differences in weight cross smoking categories: variation in energy intake, physical and metabolic factors unless there is residual confounding, energy intake and physical activity cannot explain the difference observed in the present study. The subjects who decide to smoke may differ, by their lifestyle or personality, from those who do not. our results may help in reversing the belief that smoking could be a strategy for body shape control, especially in men. because many epidemiologic studies demonstrated that higher WC and waist-to-hip ratio significantly predict chronic diseases.

16 Conclusions As compared to never smokers, current smokers tend to weigh less but do not necessarily have a lower WC, while former smoker, especially men,are more likely to weigh more and have a higher WC. This study indicates a positive association between smoking intensity and BMI or WC and a negative association between time since quitting and BMI or WC Smoking may influence fat distribution pattern The differences observed across smoking categories may be more likely to reflect personality and behavioral characteristics rather than tobacco-related metabolic mechanisms 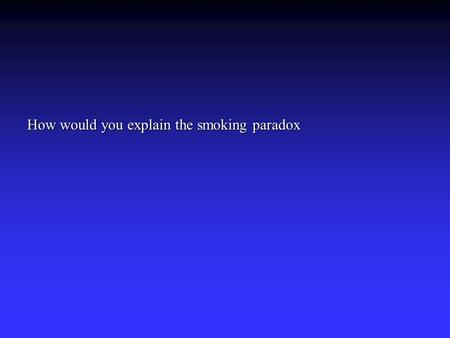 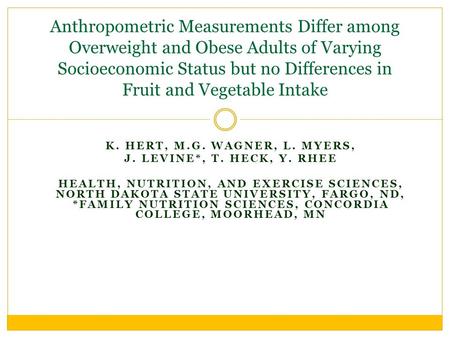 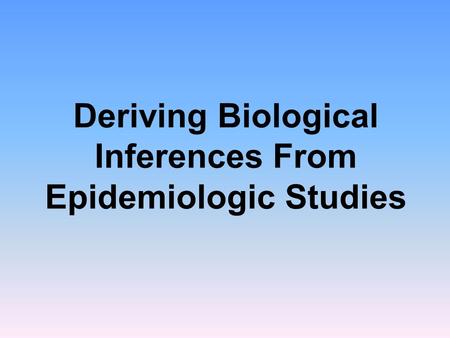 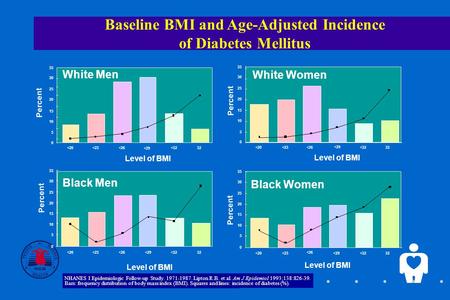 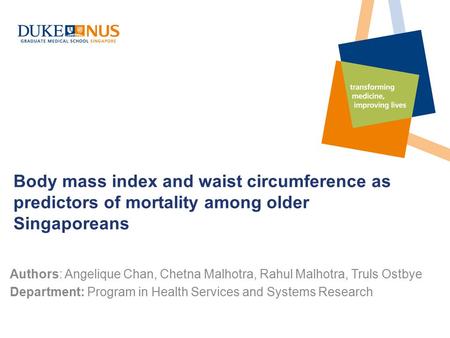 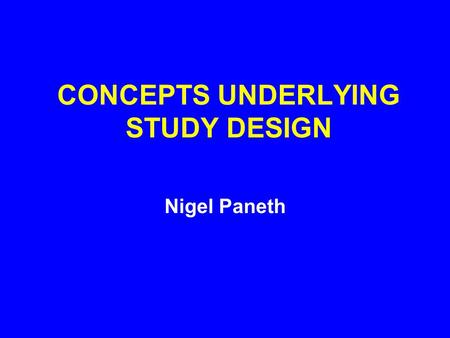 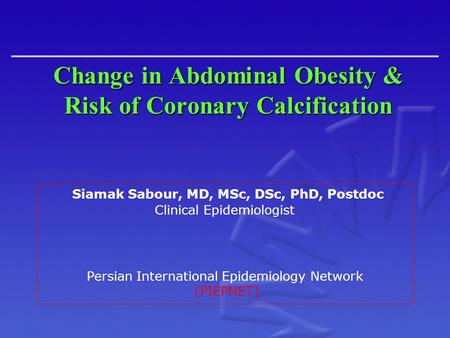 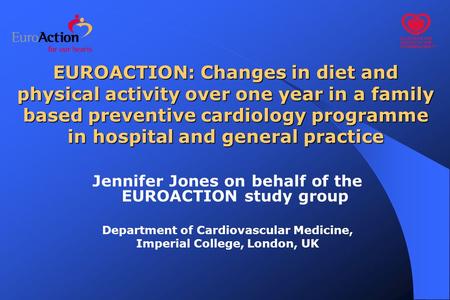 EUROACTION: Changes in diet and physical activity over one year in a family based preventive cardiology programme in hospital and general practice Jennifer. 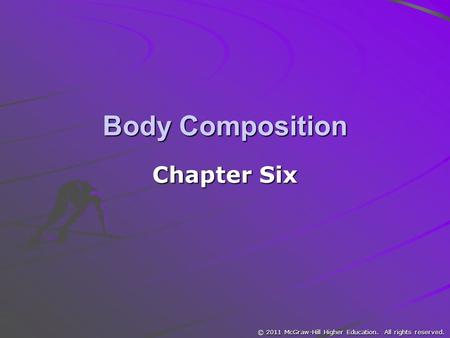 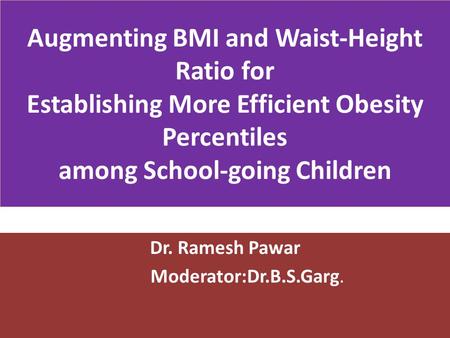 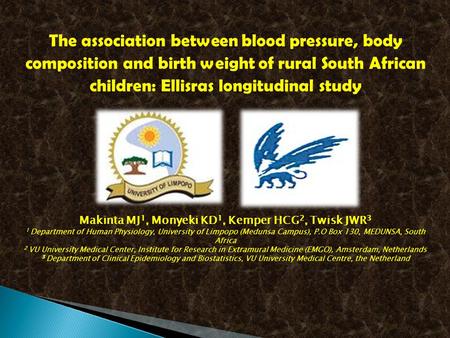 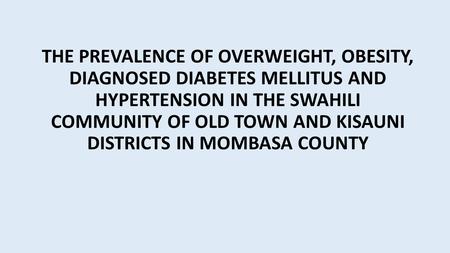 THE PREVALENCE OF OVERWEIGHT, OBESITY, DIAGNOSED DIABETES MELLITUS AND HYPERTENSION IN THE SWAHILI COMMUNITY OF OLD TOWN AND KISAUNI DISTRICTS IN MOMBASA. 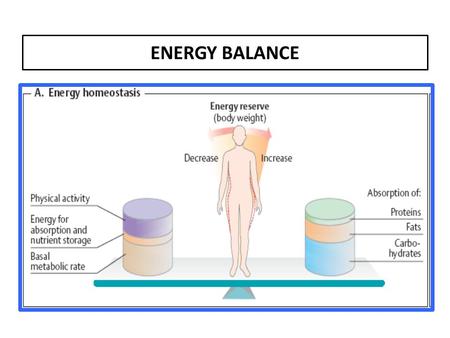 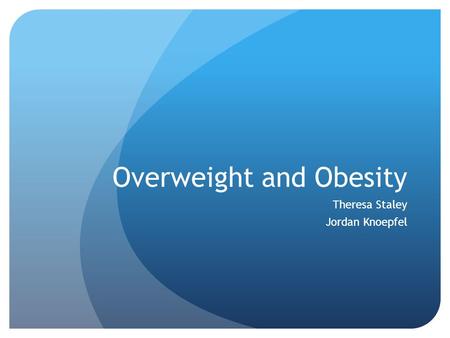 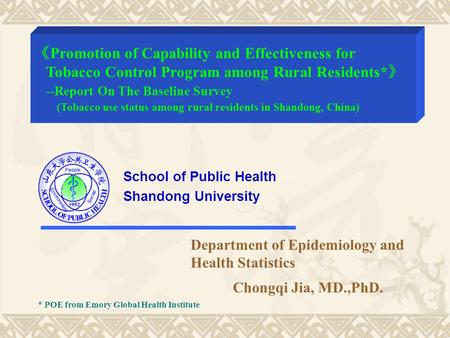 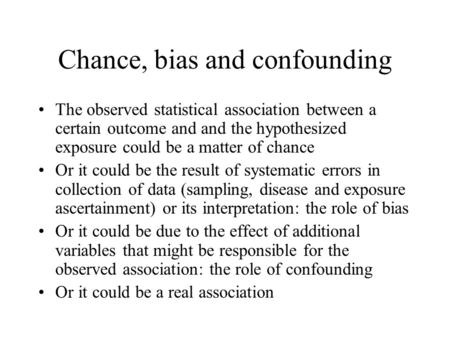 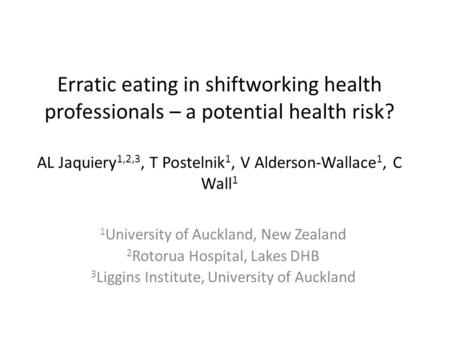 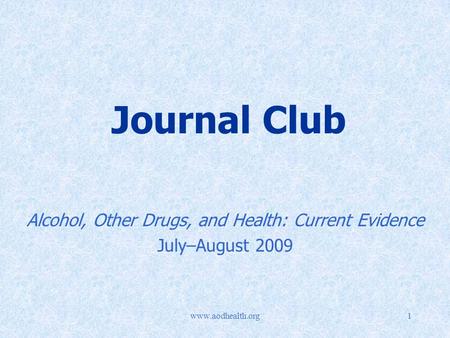