Presentation on theme: "Our Solar System. The Sun – our very own star The Sun is the center of our solar system The word “solar” means “of the sun” Our sun is a medium-sized."— Presentation transcript:

2 The Sun – our very own star The Sun is the center of our solar system The word “solar” means “of the sun” Our sun is a medium-sized star Our sun is medium-hot, and yellow

4 Spinning Planets Period of Rotation: amount of time that an object takes to rotate once. (1 Day) Period of Revolution: time it takes an object to revolve around the sun once. (1 year) http://www.youtube.com/watch?v=97Ob0x R0Ut8&feature=related

5 Mercury On Mercury you weigh only 38% of what you weigh on Earth. Fastest orbiting planet Planet nearest to the sun One side of the planet can be 800 degrees Fahrenheit when the other can be -280 degree Fahrenheit at the same time. Orbit Period 88 days Rotation Period 59 days

6 Venus On Venus you weigh only 91% of what you weigh on Earth. Venus has 90 times the pressure of Earth and it’s the hottest planet. Venus has volcanoes like Earth Rotates in the opposite direction of Earth. One time there were oceans before they boiled away. Orbit Period 224 days Rotation Period 242 days

8 Mars Air Pressure on Mars is the same as 30 km above the Earth’s surface Mars is in the form of ice. Evidence that water was there at one time Volcanic history like Earth. It has the tallest mount of the planets (Olympus Mons) 3x’s size of Mt. Everest. Orbital Period 687 days Rotation Period 24. 6 hours

10 Jupiter Largest planet in the Solar System Has a Great Red Spot from a storm system that is more than 400 years old Pressure is so great it would crush a spaceship. Orbit Period 12 years 9 hours and 54 min=1 Jupiter day (shortest day)

11 Saturn 2 nd Largest planet in the Solar System 95 times more massive than earth. Saturn has the largest rings of any planet, the rings are made of icy particles. Most moons of any planets ( 47 known) Orbit Period 12 years Rotation Period 10 hours

14 Pluto Discovered 1930 Mystery Planet Farthest from the sun Recently changed from a being considered a planet to a dwarf planet. Orbit Period 248 years Rotation Period 6.4 days

17 Dwarf Planets A dwarf planet is a celestial body massive enough to be spherical, in orbit around the Sun, which are not satellites. The crucial factor dividing a planet from a dwarf planet is that a planet must have succeeded in clearing the area of its orbit from debris and other objects, whereas a dwarf planet has not.

21 The Leftovers (small bodies) Asteroids: –Made of rock & metal (density 2-3 g/cc) –Sizes: Few 100km to large boulders –Most are found in the Main Belt (2.1-3.2 AU) Meteoroids: –Bits of rock and metal –Sizes: grains of sand to boulders Comets: –Composite rock & ice “dirty snowballs” –Long tails of gas & dust are swept off them when they pass near the Sun.

22 Meteoroid, Meteorite and Meteor A meteoroid is a small rock or particle of debris in our solar system. They range in size from dust to around 10 metres in diameter (larger objects are usually referred to as asteroids). A meteoroid that burns up as it passes through the Earth’s atmosphere is known as a meteor. If you’ve ever looked up at the sky at night and seen a streak of light or ‘shooting star’ what you are actually seeing is a meteor. A meteoroid that survives falling through the Earth’s atmosphere and colliding with the Earth’s surface is known as a meteorite.

Download ppt "Our Solar System. The Sun – our very own star The Sun is the center of our solar system The word “solar” means “of the sun” Our sun is a medium-sized." 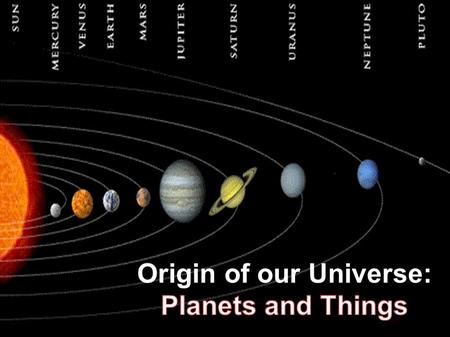 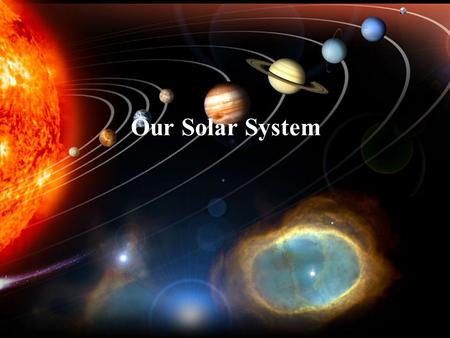 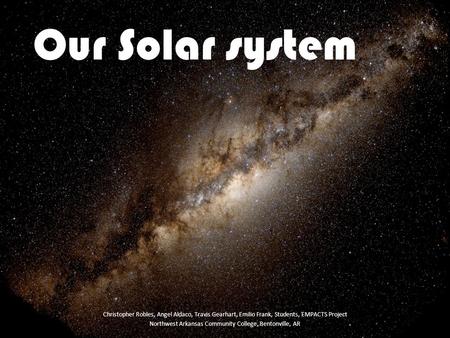 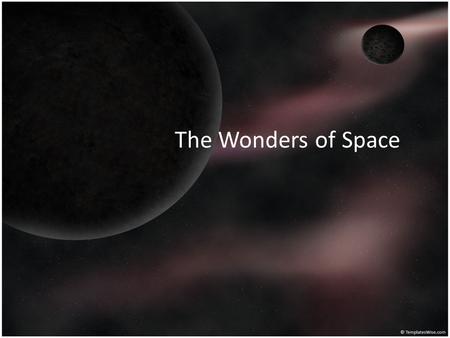 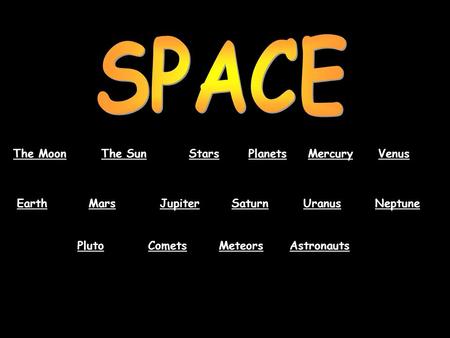