3 Representative Democracies
Presidential Democracy—A system of government where powers are separated between independent and equal legislative and executive branches, like in the U.S. Parliamentary Democracy—A system of government in which the executive leaders (usually a prime minister and a cabinet) are chosen by and responsible to the legislative branch (parliament) as well as being members of the legislature, like in Great Britain.

6 Theocracy Theocracy—A system of government headed by, or appointed by, one or more religious leaders who claim to rule by divine authority. Iran is an example of a theocracy. 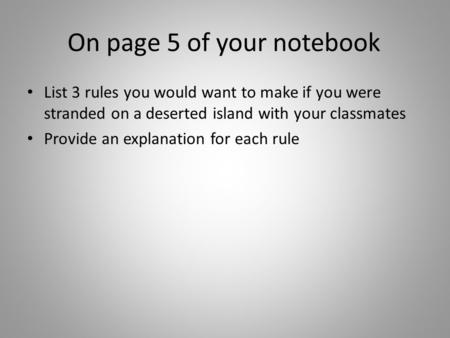 On page 5 of your notebook