Presentation on theme: "Tragedy and the Tragic Hero Aristotle, the ancient Greek philosopher, identified the main characteristics of tragedy. He explained that tragedy is a."— Presentation transcript:

2 Tragedy and the Tragic Hero

3 Aristotle, the ancient Greek philosopher, identified the main characteristics of tragedy. He explained that tragedy is a representation of serious actions that turn out disastrously for the main character or characters.

4 Aristotle wrote that all true tragedies arouse pity and fear in an audience.

5 Pity- the audience feels sorry for the tragic character and hates to see him suffer. The viewer has sympathy for the character. Fear- the viewer realizes that, if circumstances were different, they would also be caught up in a web of tragic events. The viewer empathizes with the character.

6 According to Aristotle a tragedy purges or cleanses an audience of fear and pity- a process that he called catharsis Aristotle cited Oedipus Rex as a paradigm, or perfect example, of tragedy.

7 Aristotle taught that every tragedy involves a central character or characters called protagonist(s), with whom the audience identifies.

8 This tragic hero, or protagonist, generally has four main qualities: 1. Of high character, superior, noble, or good: only characters who have these qualities can arouse pity

9 2. Suffers a downfall: brought from happiness to misery, power and prestige to defeat

10 3. Tragic Flaw (hamartia): makes fatal errors in judgment that contributes to his downfall, often the flaw is a traditionally admirable quality carried to excess example: pride (hubris), arrogance, lust for power, lack of insight, inability to see circumstances as they really are, or to understand one’s own nature properly

11 4. Tragic realization: perceives before his fall how he has contributed to his own destruction Tragedy leaves the audience and the tragic hero (protagonist) with greater insight and understanding of life, although sadly he/she never gets to use this wisdom as it comes too late.

Download ppt "Tragedy and the Tragic Hero Aristotle, the ancient Greek philosopher, identified the main characteristics of tragedy. He explained that tragedy is a." 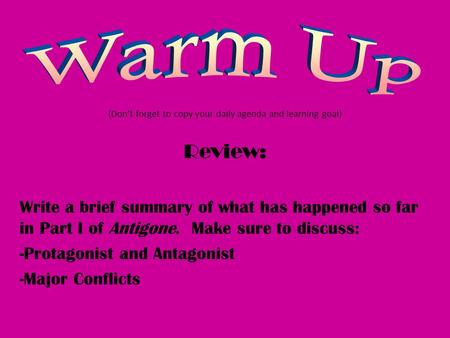 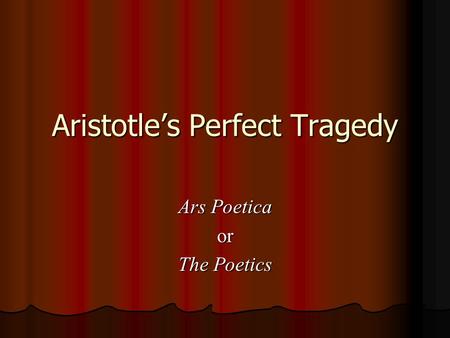 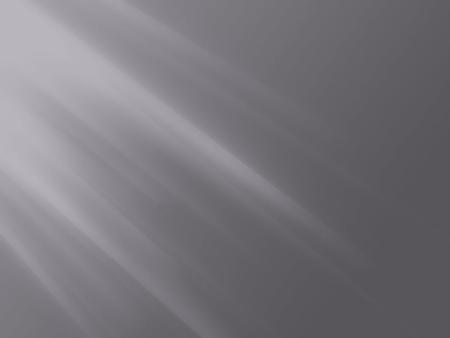 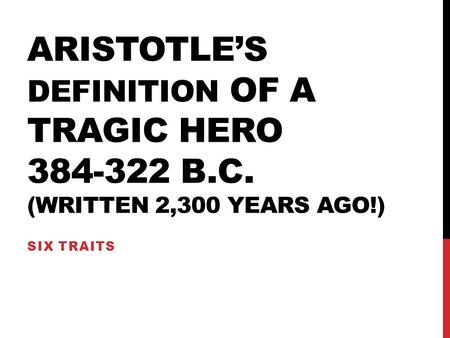 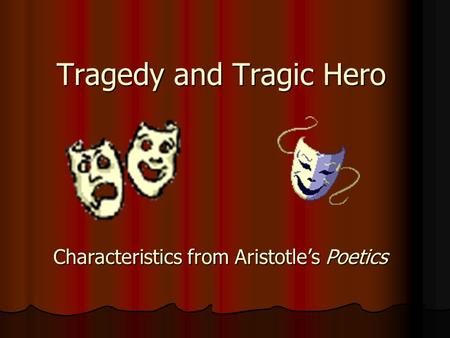