3 Wave Motion Wave -- the motion or “propagation” of a disturbance.
Mechanical waves require a body or “medium” that can be disturbed. Electromagnetic waves do not require a medium. They can travel through vacuum. All waves carry energy.

5 Wave Motion Transverse Wave -- a wave in which the particles of the “disturbed medium” move perpendicular to the wave velocity, e.g., mechanical wave on a rope or a string electromagnetic waves (e.g., radio, TV, and light; although these waves do not require a medium, the associated electric and magnetic fields vary in a direction perpendicular to the wave velocity)

8 Wave Motion Longitudinal Wave -- a wave in which the particles of the “disturbed medium” move in a direction parallel to the wave velocity, e.g., sound waves in air Some waves are partly transverse and partly longitudinal, e.g., water waves

10 Traveling Waves Consider a wave pulse on a string, moving from left to right (along x-direction) with speed = v x y v vt A Pulse at t = Pulse at time t This is a transverse wave <=> the displacement of the string (the medium) is in the y-direction.

12 Traveling Waves A mathematical function that describes a wave is called a wave function. We can describe the wave pulse that we have been considering by a function of the form displacement (along y-axis) position of pulse (along x-axis) y is a function of the quantity (x - vt). y is a “function of two variables”.

14 Traveling Waves -- Example
Consider the following wave function that describes a pulse traveling along the x-axis: where x and y are measured in centimeters and t in seconds. Is this pulse moving to the left or to the right? What is the speed of the pulse? Is the wave transverse or longitudinal? What direction does a “particle” of the rope move and what is its speed?

19 Reflection and Transmission of Waves
Whenever a traveling wave reaches a boundary (e.g., the end of the string, or a location where the medium changes in some way), part or all of the wave is reflected. Any part of the wave that is not reflected is said to be transmitted through the boundary. See the Figures in your text.

21 Sinusoidal Waves A “sinusoidal wave” can be expressed mathematically using a sine or cosine function (plus some phase angle). y x “crests” “troughs”

30 Sinusoidal Waves This sinusoidal wave is described by the expression

34 Interference of Sinusoidal Waves
The superposition principle can be applied to two or more sinusoidal waves traveling simultaneously through the same medium. The term interference is also used to describe the result of combining two or more waves.

38 Standing Waves in a String
If a stretched string is clamped at both ends, waves traveling in both directions can be reflected from the ends. The incident and reflected waves combine according to the superposition principle. Consider these two waves: y1 = A sin (kx - wt) y2 = A sin (kx + wt) Adding these two functions gives y = y1 + y2 = (2A sin kx) cos (wt) This is the wave function of a standing wave.

43 Standing Waves in a String
For this pattern of vibration, called a normal mode, the length of the string equals l/2 , i.e., L = l/ >>>>> l =2L We can produce vibrations (normal modes) in which there is more than one antinode. In general, the wavelengths of the various normal modes can be written

44 Standing Waves in a String
The frequencies of the normal modes can be written If T is the tension in the string and m is its mass per unit length, then the speed of the wave is given by So we can write 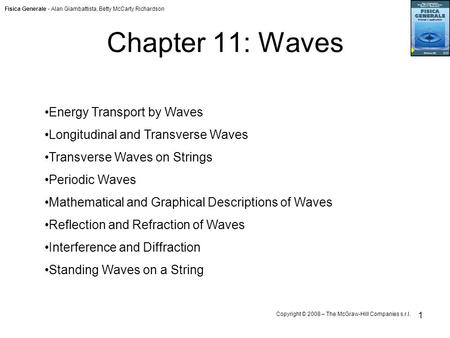 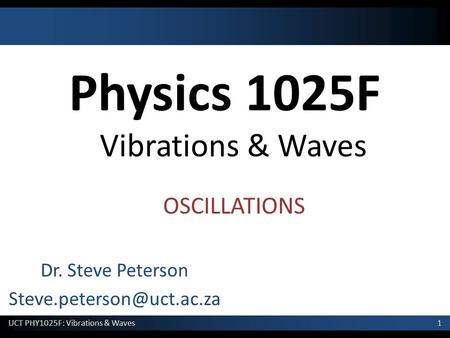 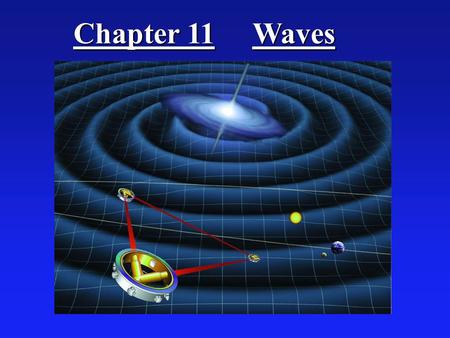 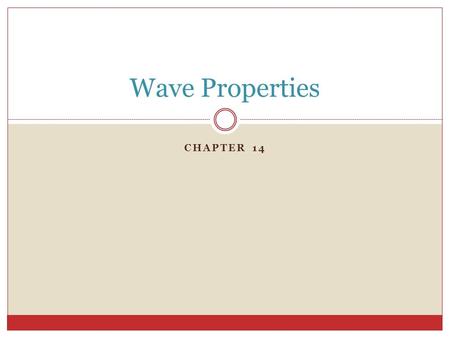 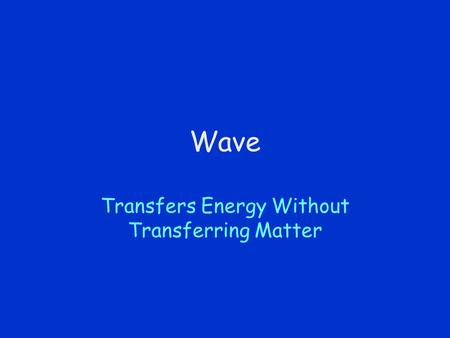 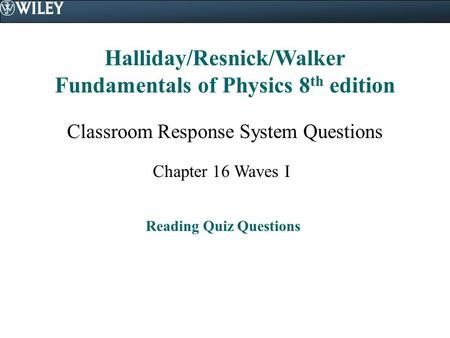 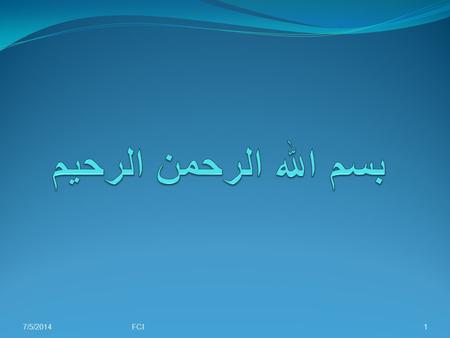 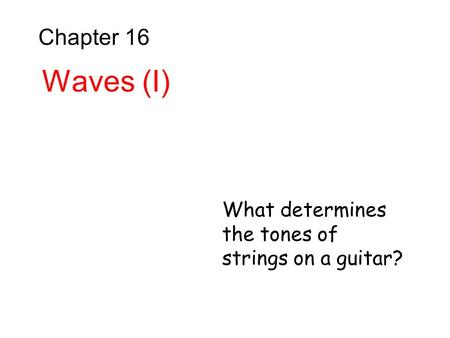 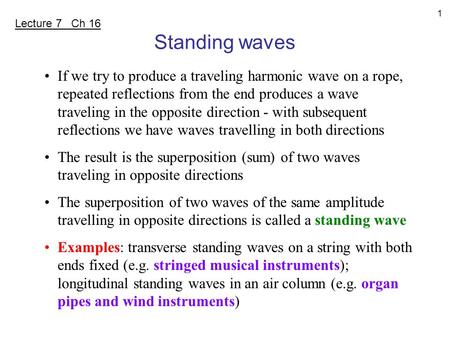 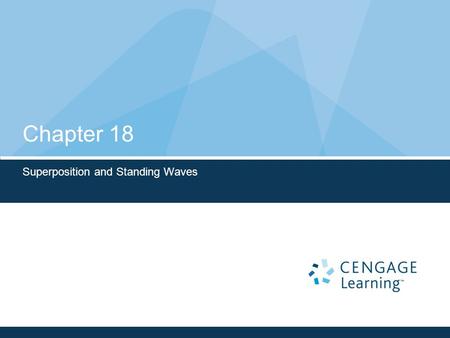 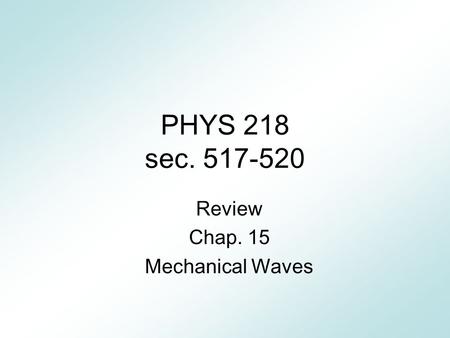 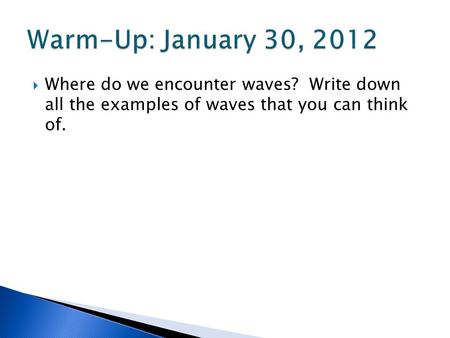 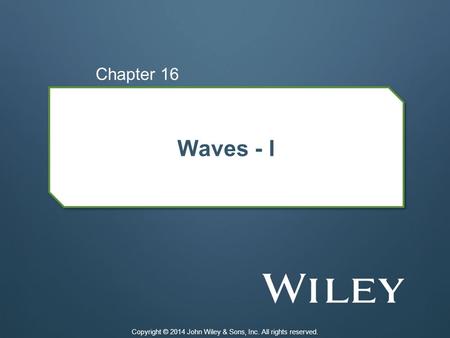 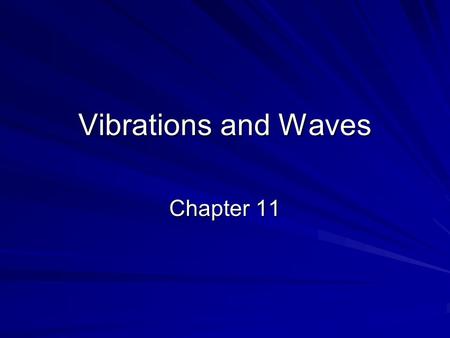 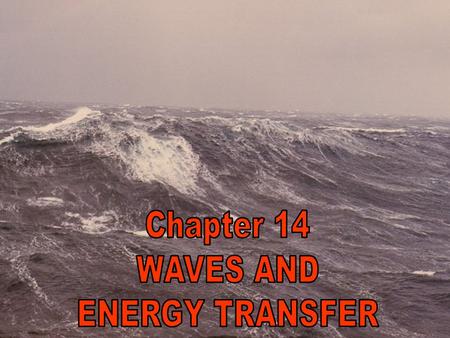 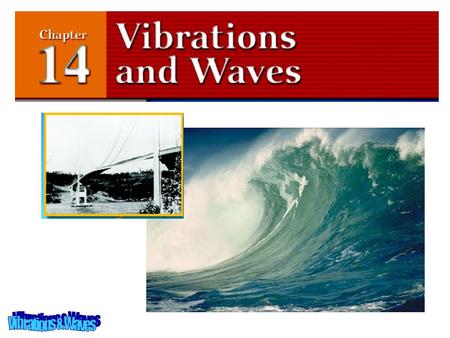 The Pendulum in this Grandfather Clock has one position at which the net force on it is zero. At that position, the object is in equilibrium. Whenever.