3 Autonomous Systems Definition: A set of routers that has a single routing policy and runs under a single technical administration. Internet Gateway Protocol: An internal routing protocol run within the AS Routing between ASes: External Gateway Protocol at the early stages of internet – Replaced by the Border Gateway Protocol (BGP) 3

5 Drawbacks of Link-State, DV Routing Traffic is restricted to shortest path routes Not all nodes may assign the same metrics to links – Difficult to obtain the same global view of the network – Conflicting information may lead to routing oscillations Topology information flooded in the entire network High processing overhead at each node to determine appropriate routes 5

6 Path-Vector Routing Key Idea: Advertise the entire path to a destination (AS) rather than the cost of the path – Based on the Distance Vector algorithm – Send cost metrics to the destination along with the entire routing path to different ASes. 6 AS 1 AS 2 AS 3 AS 4 AS 5 d : (AS 2, AS 3 AS 4) d: (AS 5 AS 4) d

10 Storing and Learning Routes BGP router stores multiple routes toward a destination – Policies are applied for the selection of the “best” route – …and which routes shall be advertised Incremental updates – Announcement New active routes toward destinations are updated by sending BGP updates – Withdrawal If a route is no longer active, a withdrawal notification is sent to all neighbors 10

17 17 BGP Policy Configuration Routing policy languages are vendor-specific – Not part of the BGP protocol specification – Different languages for Cisco, Juniper, etc. Still, all languages have some key features – Policy as a list of clauses – Each clause matches on route attributes – … and either discards or modifies the matching routes Configuration done by human operators – Implementing the policies of their AS – Business relationships, traffic engineering, security, …

21 Hot-potato (deflection) Routing Incentive – Minimize required storage, probability of buffer overflow Key idea: Get rid of packets as soon as possible – Packets may not necessarily follow optimal paths (deflect packets wherever possible) – E.g., if two packets must go out on the same link, deflect one of them to another at random 21 AS 1 AS 2 AS 4 AS 3 AS 5 Local pref = 90 Local pref = 200 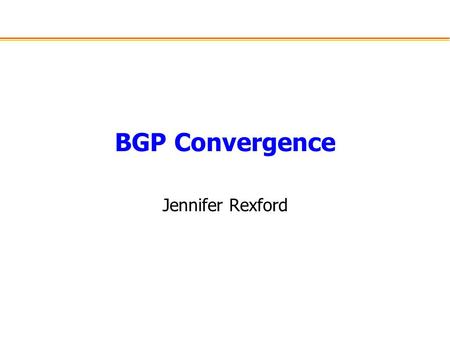 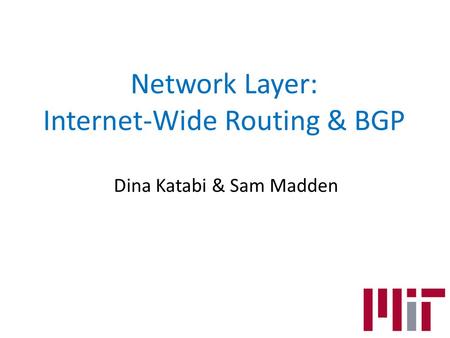 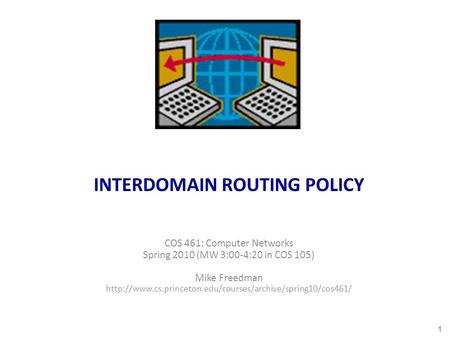 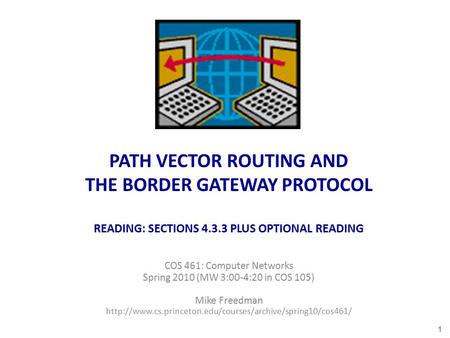 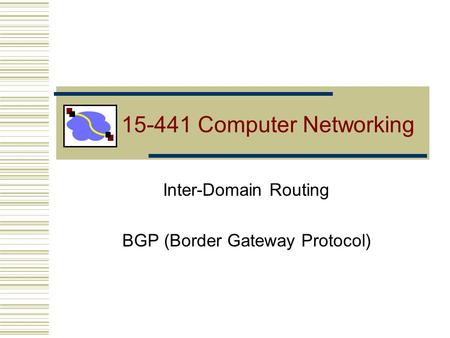 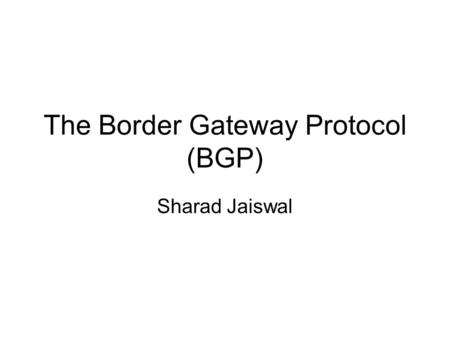 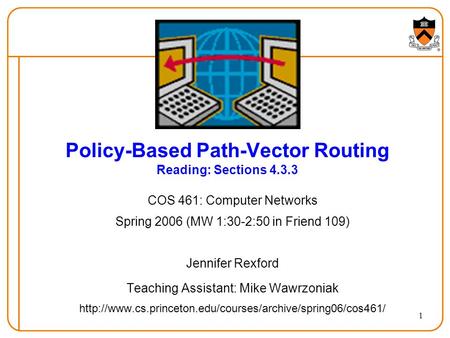 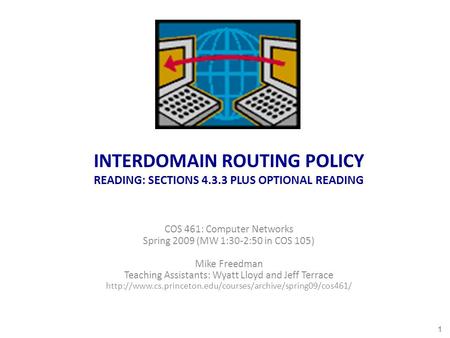 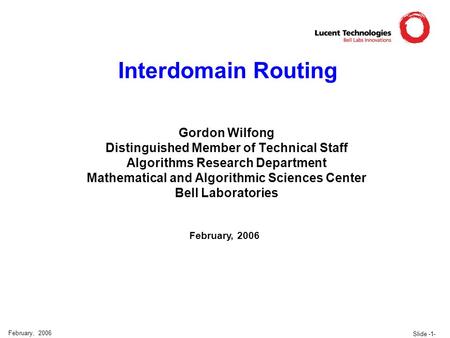 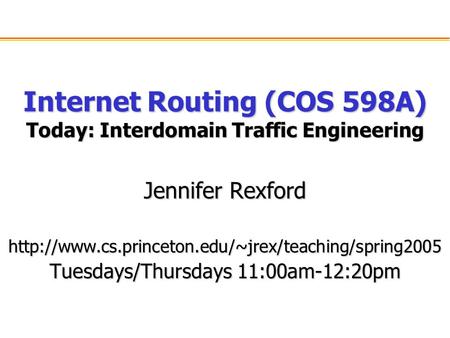